24 People Found Out The Dark Secrets Their Parents Were Hiding, And Now They're Sharing Them With Us

Before we address the elephant in the room, let's remember that we're all humans and that we can do some bad things at some point in our lives. It shouldn't define as a person, though.

We see our parents today as the epitome of innocence, purity, and knowledge, but back in the days when they were teenagers, they may have done something they never wanted to remember again.

It's human to err, and no human is perfect.

That said, when children grow up, they start assessing things and, in that process, uncover some dark secrets their parents never wanted them to know. Children don't remain children forever.

Sure they'll always be children for their parents, but as kids age and mature, a different kind of mindset emerges and suddenly things start making sense.

No matter what you uncover, remember that your parents are humans with real emotions. Whatever you've uncovered was kept a secret from you because they didn't want to hurt you and/or simply didn't want you to know.

Just like some people deal with anxiety and depression today, our parents may have had to deal with past trauma too. You hide something for three reasons:

Sure some secrets are intense, but knowing the reason why you were never told will help you deal with what you know that your parents think you don't know.

Redditor Anagoneous posted a simple question and received over 9k comments. Here are 24 responses to the question, how well do you know your parents.

Every kid should know their heritage from both parents, imo.

The things we'll do for our kids... 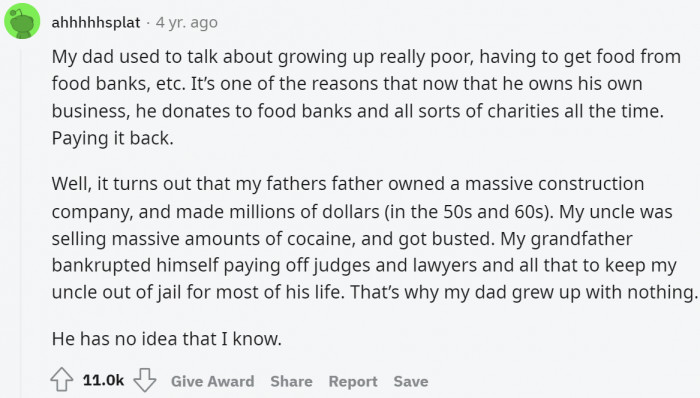 NHValentine can legally sue the parents for the crap they pulled. 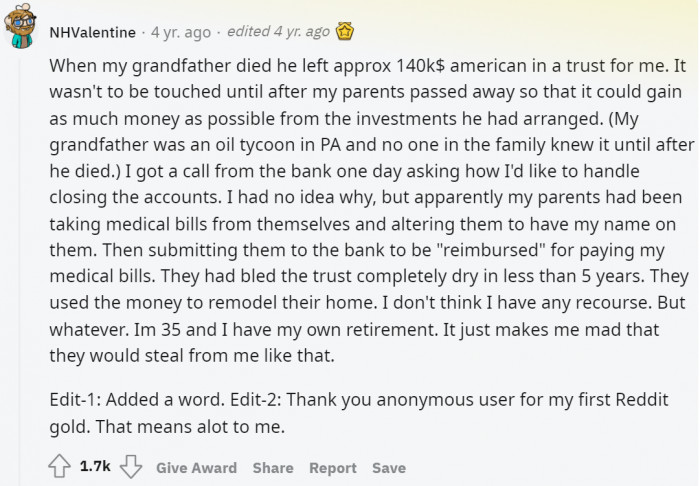 And this is why we must never go through other people's stuff.

Wonder how this is even possible. 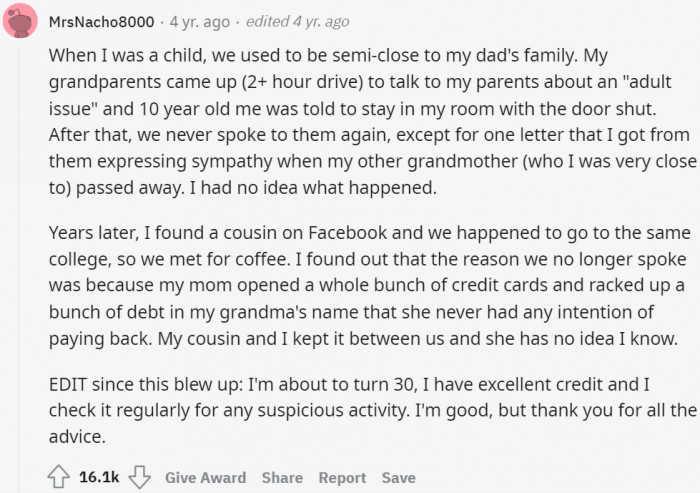 Not sure, but I think it's best he knows.

I don't even know how to comprehend this, honestly.

Like I mentioned earlier, parents are humans with real emotions.

It's not right to divide your own kids.

People back then would hide depression and anxiety to be accepted as normal.

It could be due to medical reasons, I guess. There's a possibility.

I don't know how to digest this.

It's possible and there have been a few similar cases.

While this is sad, reading someone's diary is not okay.

Well, as long as all's well. 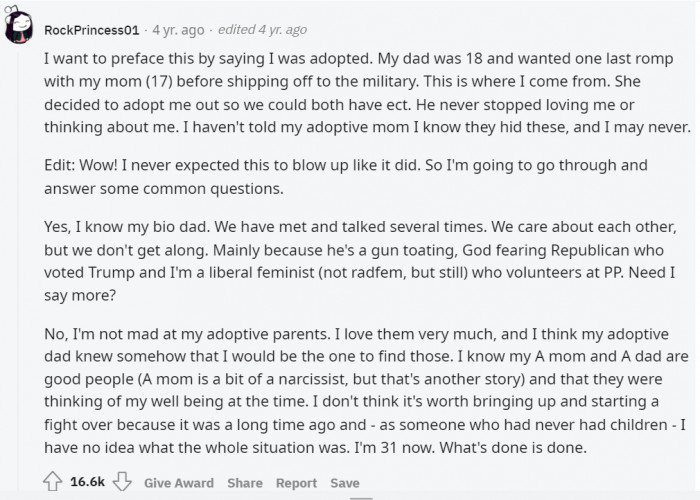 This hits right in the feels, but please don't read people's diaries.

What got too hard? This is a tad bit confusing.

Both my parents are A+ and I'm O+. There are no secrets.

Some secrets are truly intense, while others weren't as much disruptive. In either case, it's important to understand that our parents had a different mindset decades ago.

They have a right to make mistakes just as much as we do, but the way forward is to brush it off and treat them with respect and dignity. It's hard, but life isn't going to improve if you dig out skeletons from age-old closets.