One of the most hurtful things that can happen to you in life is to be lied to. And finding out that you've been deceived by someone close to you is inevitably all the more painful.

Sometimes, the only thing left to do when someone has deeply hurt you is to cut them off. But what if that person, or people, were part of your family?

Well, that is the exact dilemma this young man faced before deciding to cut his parents out of his life entirely. Naturally, it wasn't an easy decision to make, and he found himself second-guessing himself afterward.

You see, he had spent his entire life following a strict diet and carrying an EpiPen with him wherever he went. His parents had led him to believe that he had severe allergies; however, as he found out, that wasn't the case.

The man told his story on Reddit under the AITA (Am I The A**hole?) subreddit. Scroll down to read what happened.

The man explained that since he was a child, his parents had told him he was allergic to dairy, gluten, and legumes. 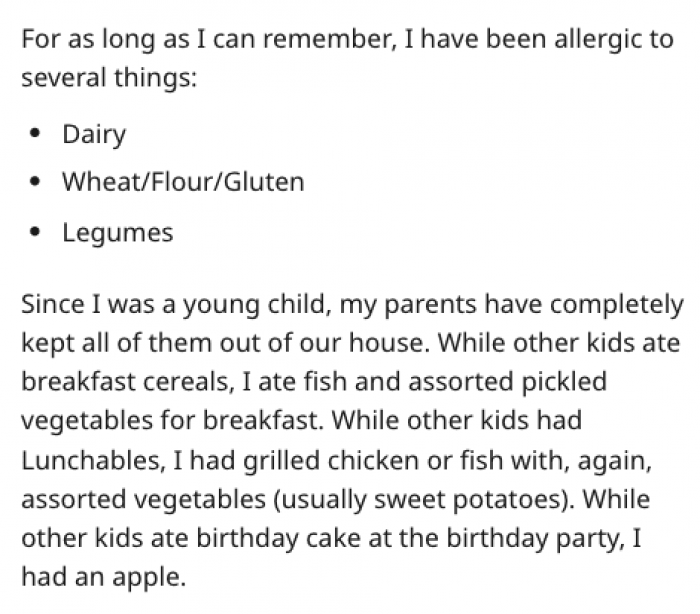 He never questioned his allergies, until one day when he accidentally ate a brownie containing flour and... nothing happened. 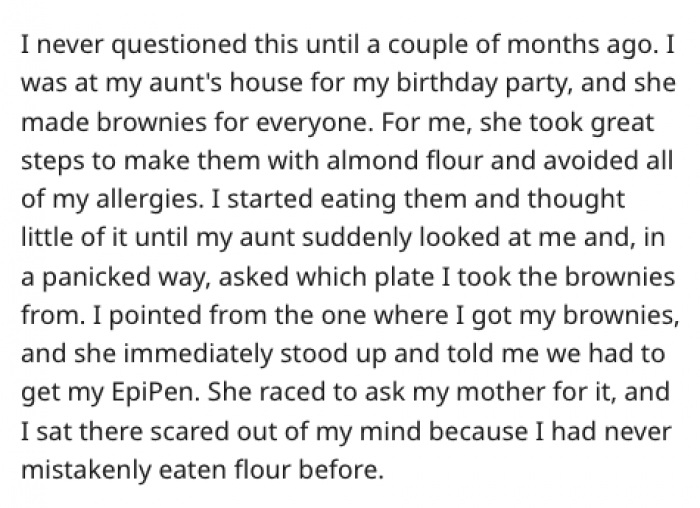 His mother tried to brush it off, but he decided to go and get an allergy test done, which led him to find out that he, in fact, had no intolerances to any foods. 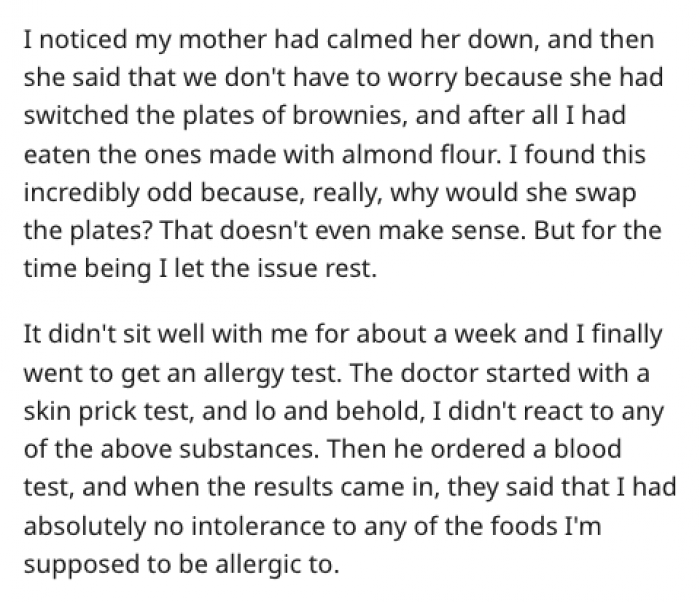 Understandably, the man was furious. His mother admitted that she had lied to him and went on to try to justify her actions. 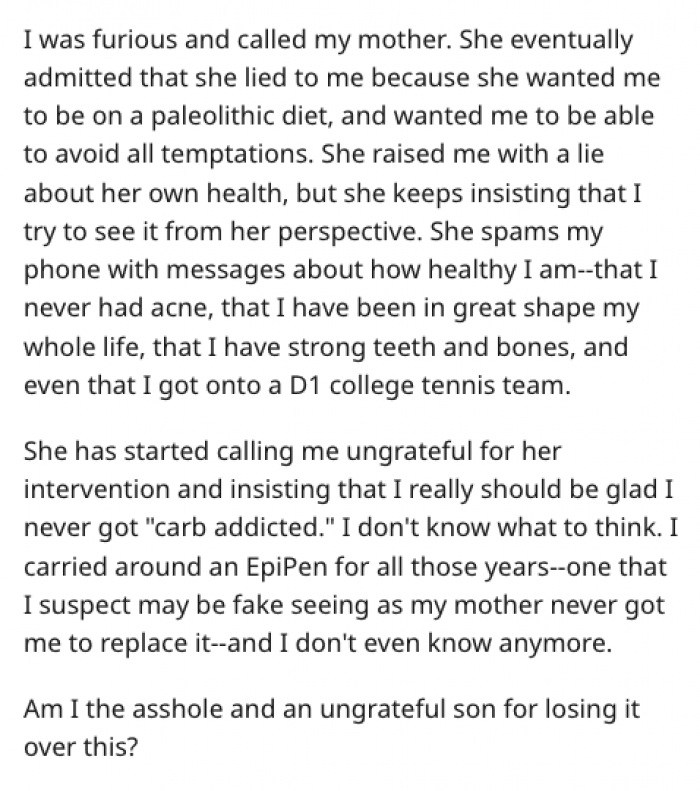 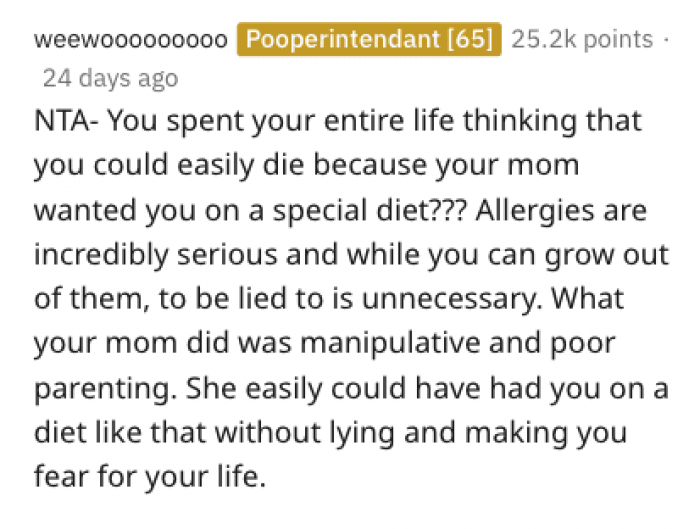 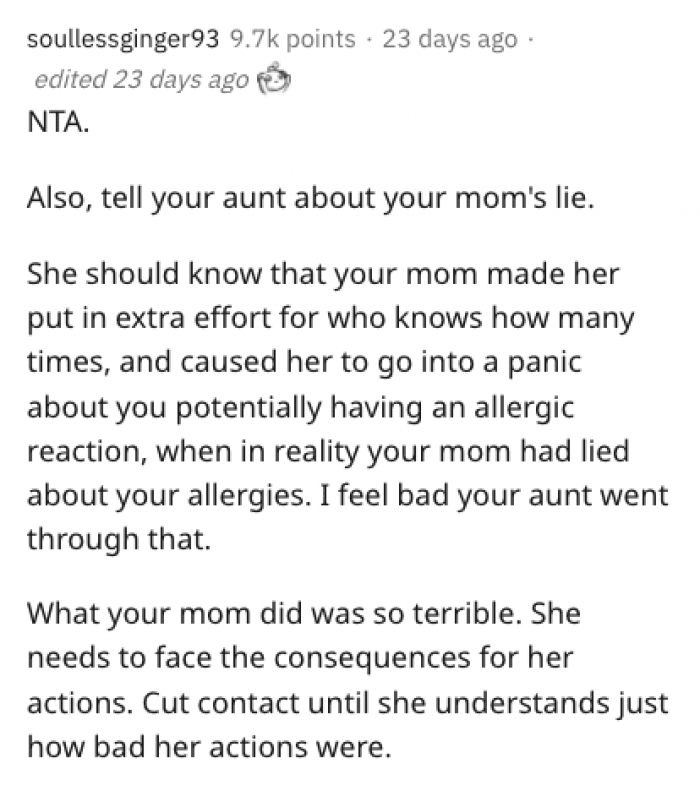 And gave him props for his independent thinking as a young adult. 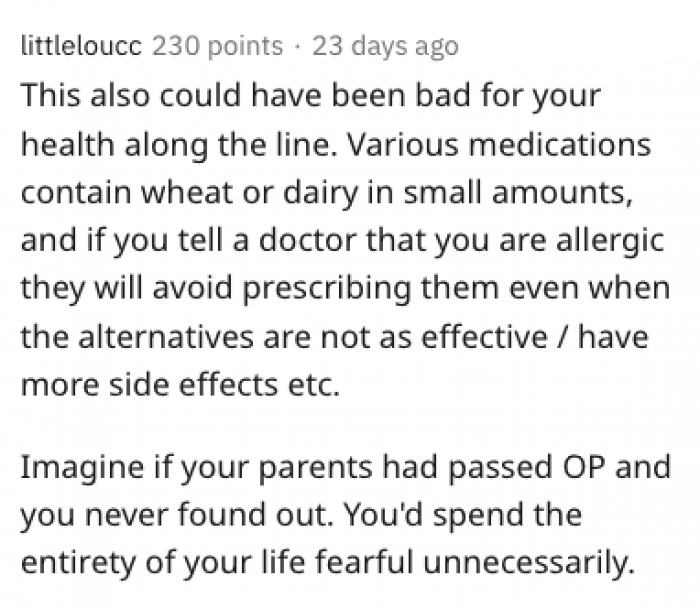 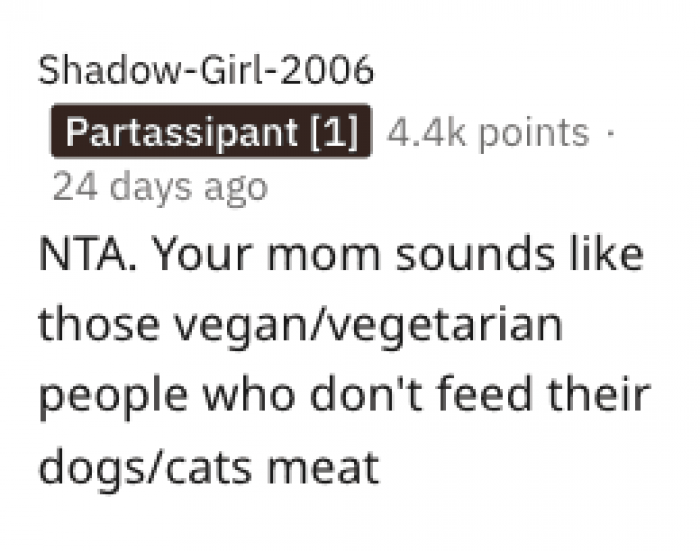