For a company that claims to have all the answers for animal rights, PETA seem to get most of their publicity these days by stirring rubbish on the internet.

Following the Google doodle celebrating the late Steve Irwin's birthday, PETA took to Twitter to voice their opinion on the Australian wildlife conservation icon and his beliefs. It is unclear whether they were expecting people to back their statements but that is definitely not what happened.

Many took to twitter to defend Irwin (who passed away over a decade ago), his actions in defence of wildlife as well as highlight PETAs past wrongdoings. Here is the original PETA tweet as well as the outrage it received.

How all this started

On February 22nd 2019 Google posted a series of illustrations celebrating the life and wildlife conservation contributions of Steve Irwin (who passed away on 4th September 2006 while filming). Following this, animal rights group PETA took to Twitter to express their unique feelings on the icon. These opinions are blunt and do not paint Irwin in a good light.

#SteveIrwin was killed while harassing a ray; he dangled his baby while feeding a crocodile & wrestled wild animals who were minding their own business. Today’s #GoogleDoodle sends a dangerous, fawning message. Wild animals are entitled to be left alone in their natural habitats. https://t.co/9JfJiBhGLw

People from all over the internet banded together to express their feelings about PETAs tweet and defend the legacy of Steve Irwin. The PETA tweet rubbed people the wrong way for multiple reasons including their misrepresentation of the facts, the unprovoked attacking of an icon many grew up loving and the fact they are attacking a man who has been dead for over a decade and can’t defend himself as a result.

Many responses unearthed some of the awful things PETA have done apparently in the name of animal rights. 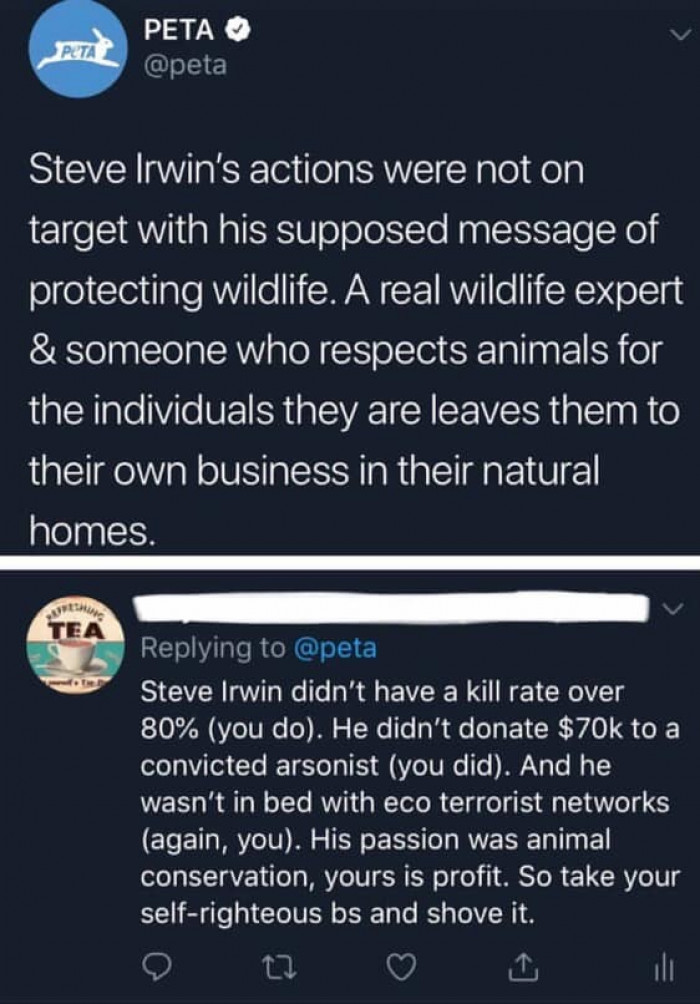 This online feud between PETA and almost the entirety of the internet also sparked various memes, all of which paint PETA in an unfavourable light. 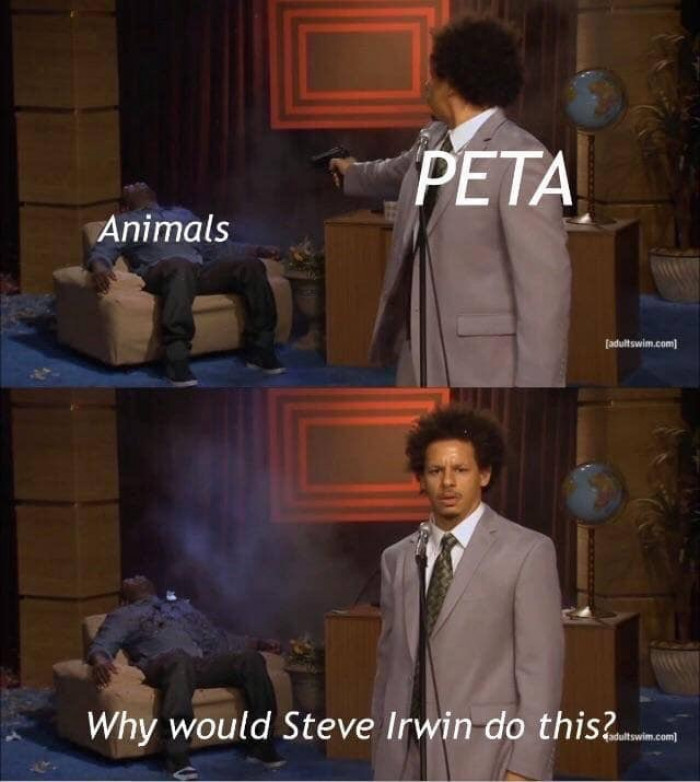 It has been suggested that PETA stuck it head out with this to get there name out there after having been quiet for a while now. Considering the dredging of their past actions that took place, it’s safe to say that if this was the case it backfired in the worst way. It all depends on if you think all publicity is good publicity.

What are your thoughts on the posts? Do you believe it was a way to get PETA in the spotlight? Regardless, it is heartwarming to see that Steve Irwin had such an impact on people all over the world.