It's no secret that humans and dogs share a very special bond with each other. Despite this love, some dogs still find themselves in the unfortunate situation of being abandoned with no one to care for them.

This is how Ken, a 9-year-old kid from Davao City, Philippines started his advocacy for abandoned animals. Ken's story was initially shared by his father in one Reddit forum.

Ken's dad started to notice that his son went out early in the morning with a backpack full of canned food almost every day. Curious about his son's actions, the dad decided to tag along and was amazed by what he discovered.

Unknown to his parents, 9-year-old Ken has been feeding a family of stray dogs in their neighborhood! Although initially disgusted by the unkempt appearance of the strays, Ken's kind actions changed his father's mind about helping the poor dogs.

The dad was moved by his son's philanthropy and shared his pictures on Reddit. Kind internet strangers kept asking the dad how they can help Ken in his cause.

Eventually, the father set up a website for his son's charitable efforts. Animal lovers from all over the world donated to help care for the strays.

A lot of people took notice and Ken was able to raise money and fulfill his dream of starting a no-kill animal shelter. With all donations, they started a non-profit organization called The Happy Animals Club!

On the photo is our young advocate, Ken with his new found friends. 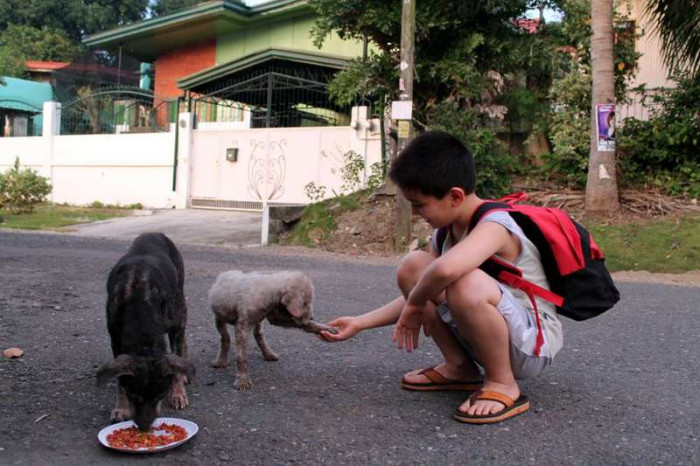 Ken with the stray dogs he named, Blackie, Brownie, and White Puppy. 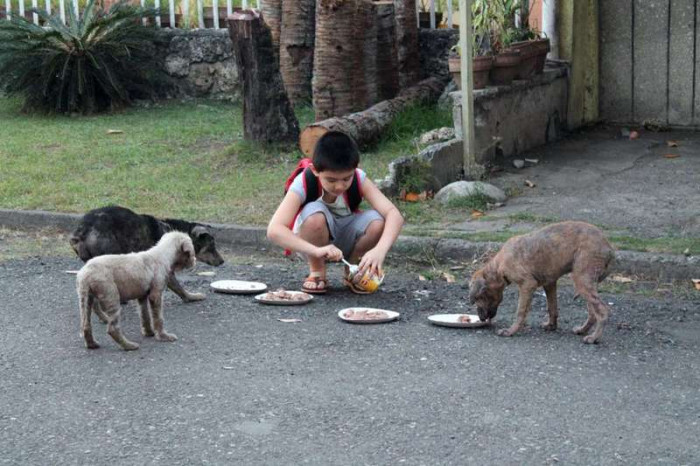 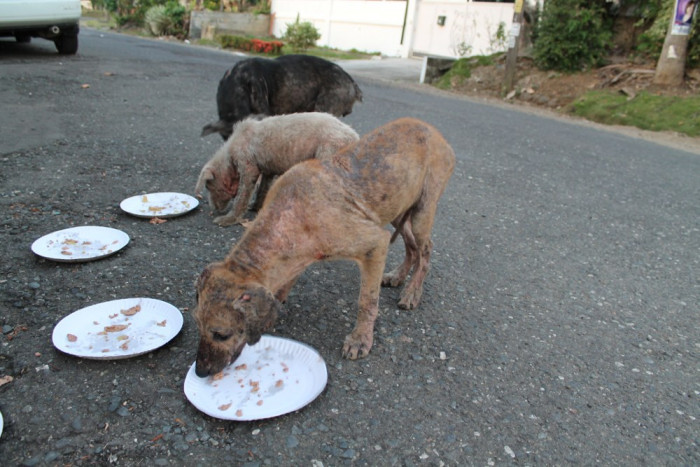 He really loves his animal friends even from a young age! 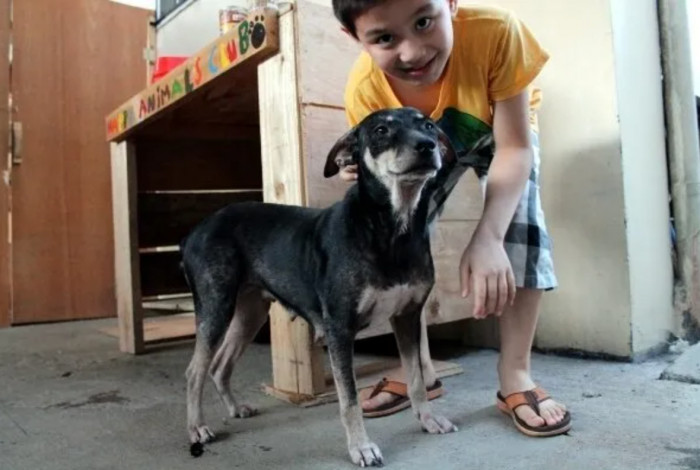 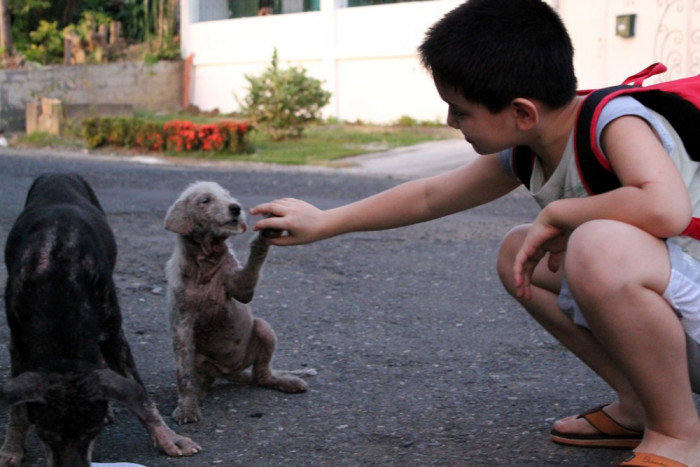 The tiny puppy couldn't stop showing his gratefulness towards Ken. 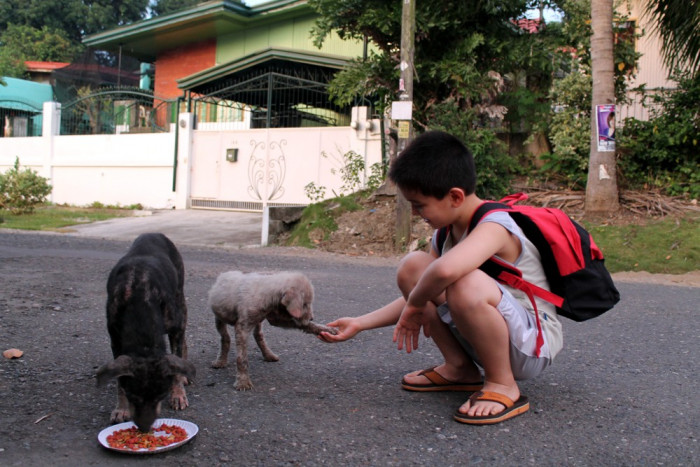 The poor dog's face is telling of the suffering it experienced while living on the street. 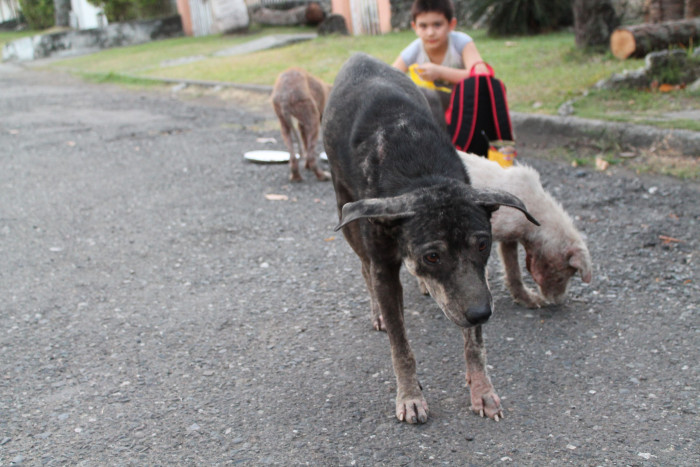 The Happy Animals Club started as a small kennel for the three dogs... 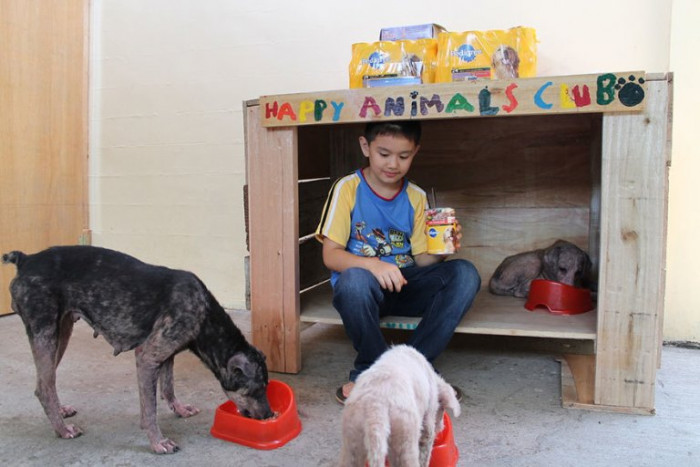 ... which eventually evolved into an entire lot dedicated for the dog's care!

They raised $35,000 from the donations they received. The money allowed them to purchase a property with two large pens for animals, two apartments, and an annex. 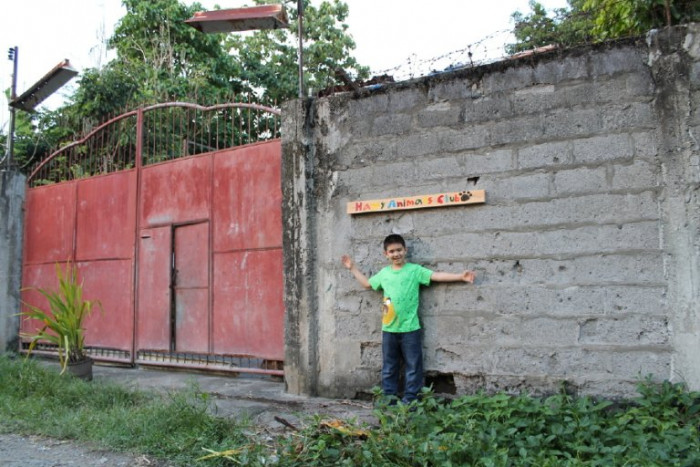 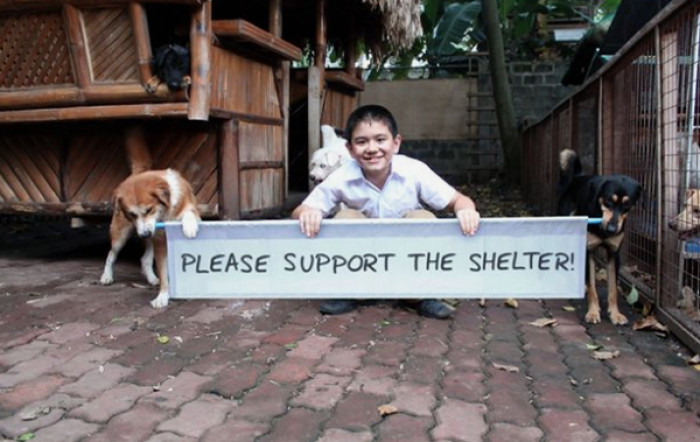 According to the young advocate, they don't cage their rescues unless the dogs are not acclimated to other animals.

They are free to roam the property whenever they want. The shelter is not only for dogs anymore, Ken also houses cats, rabbits, and rats! 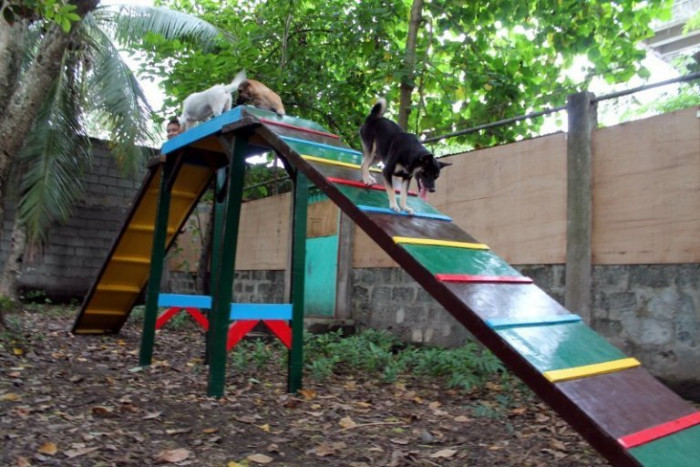 Here is Ken with the original trio. Blackie, Brownie, and White Puppy look so much healthier after receiving proper care! 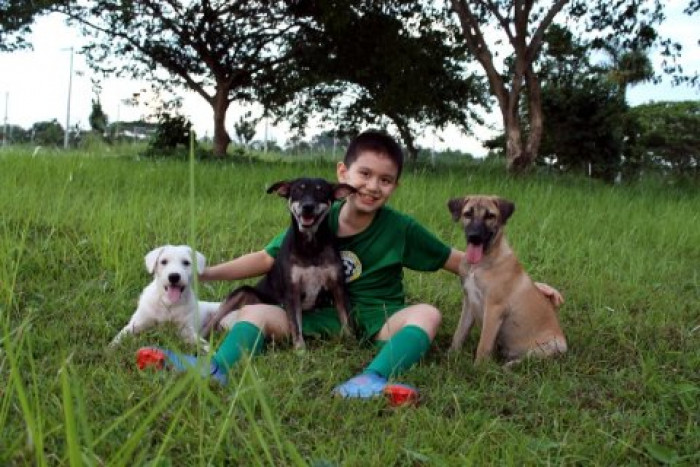 Year's later, Ken is all grown up but he is still going strong with his charitable efforts.

He participated in a bake sale. Ken sold doggy cookies and the profits all went to his charity! 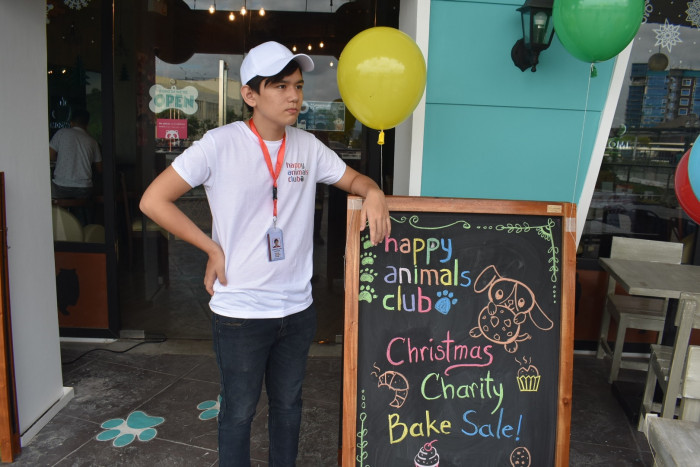 Here you can watch 9-year-old Ken when he was just starting the Happy Animals Club:

It's easy to proclaim yourself to be an animal lover. However, it's a lot harder to show true compassion to animals you encounter who are in very dire situations.

Ken's kind heart and his family's support show what people can do to positively impact the unfortunate situation of our four-legged friends. It's an amazing story that managed to touch the lives of strangers all across the globe.

Ken and his family wouldn't have been able to help as many stray dogs as they did without the help of loving internet strangers. We only wish the best for Ken and all the animals under his care!