I've always found it interesting how some names can be so popular for a certain period of time and then later they just fade away. It's crazy how at a certain point a completely normal name just becomes outdated for some reason.

Like it's nothing strange to meet an older lady named Susan but if it's a baby with the same name, all of a sudden it just sounds odd. No disrespect to all the Susan's out there but it's just an example of how names can become outdated for absolutely no reason.

And you know what, I'm not a big fan of this because there are some really cool names out there that are becoming less and less popular for no reason. But it wouldn't really be fair to give your child a name that you know is super outdated because you know they're gonna hate you for it down the line.

This Twitter user had the same idea as she asked other people on the internet about the names they think are no longer used today. A lot of people decided to share their thoughts about this with a lot of them even busting out graphs and statistics about the most popular names.

This Twitter user asked the internet about the names that just aren't that popular anymore.

Shout out to all the Otis's and Mabel's.

This one goes out for you girls.

Rachel's dropped a bit but they're still going strong 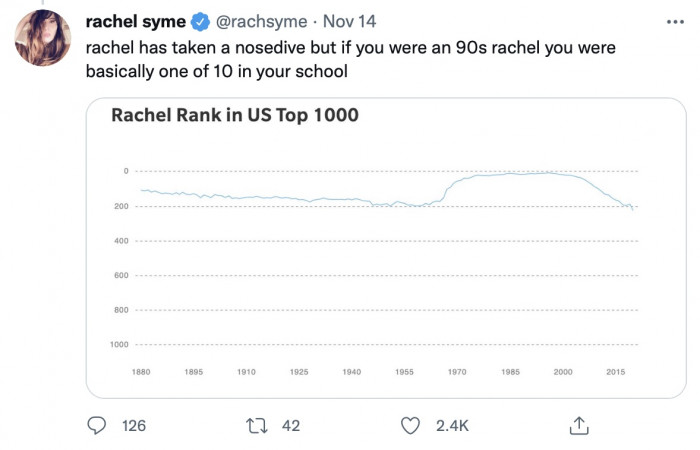 Such a popular name slowly decays.

I apologize to all of the Gary's that see this. We love you.

Honestly, I think Valerie is a super cool name and it's sad to see it lose popularity.

It's hard to imagine a 2-year-old named Craig. 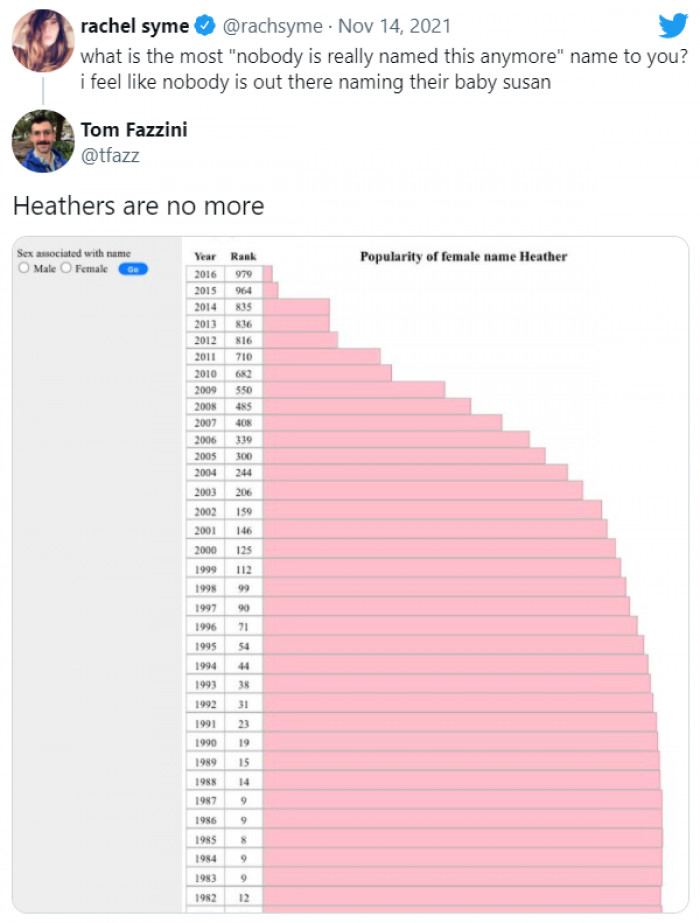 When you find out you're old from an article. 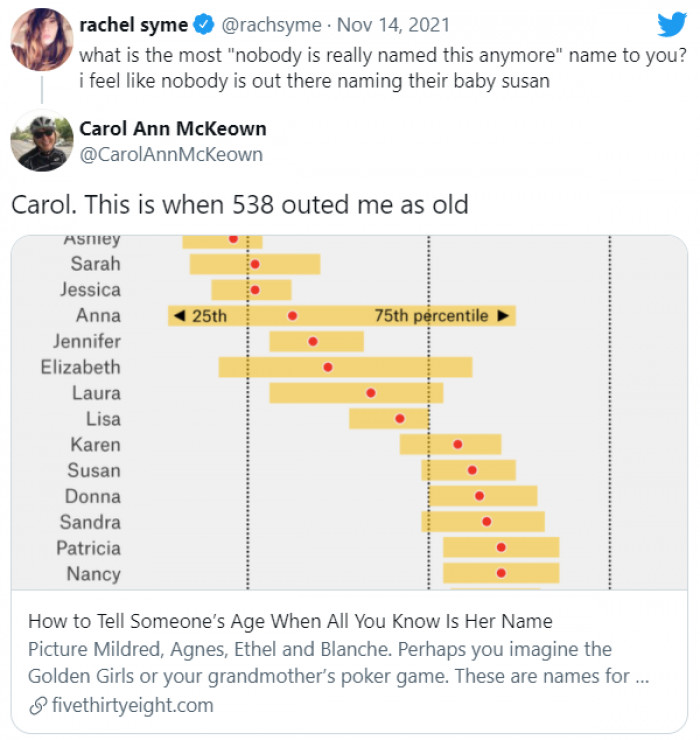 Lucille didn't enjoy the article either. 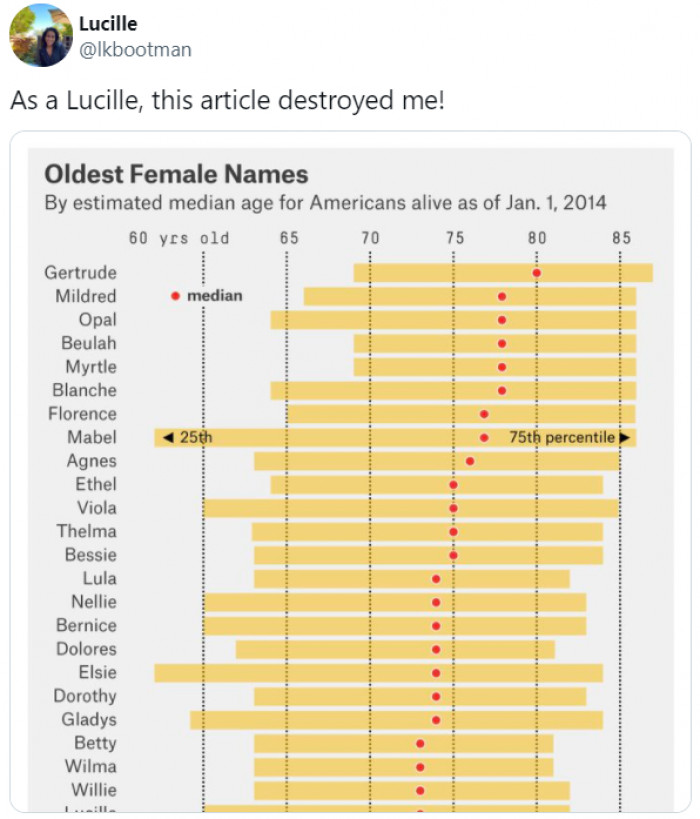 The name Richard has taken a fast decline. 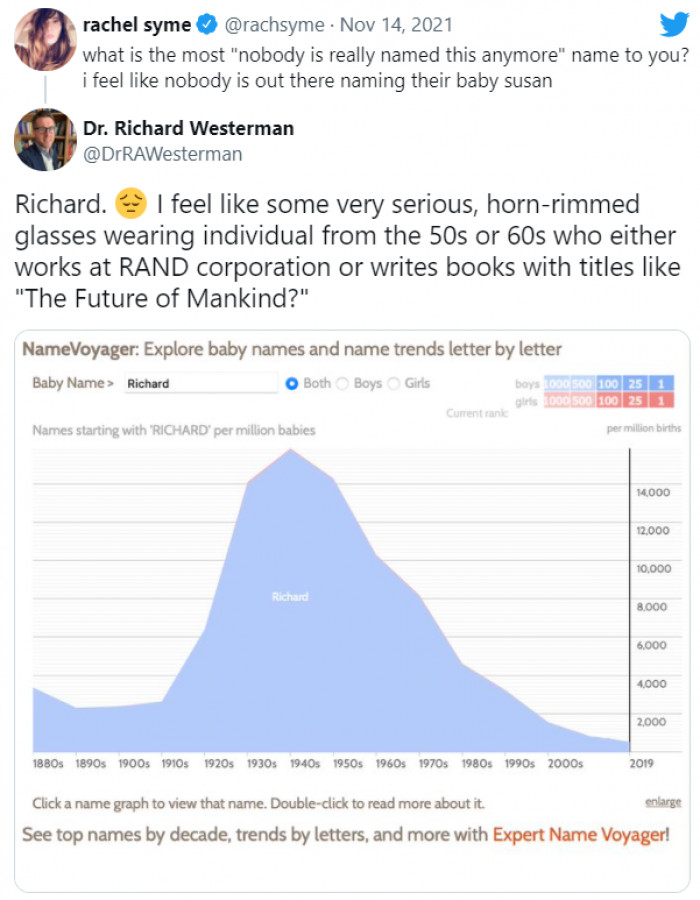 Jennifer used to be super popular but they're still hanging in there.

Does anyone know what happened to the Melissa's?

The cycle of naming your kids after your grandparents should continue. 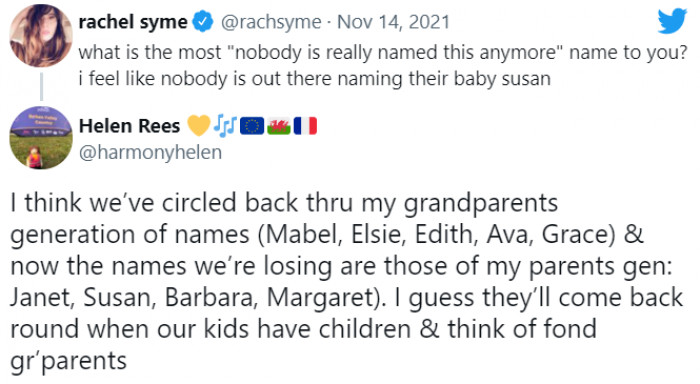 I think everybody, wherever they may live, at some point in their lives knew a Sarah. Definitely one of the most popular names for a certain period of time.

Yeah those are definitely adult names, except for Jessica. I can still imagine a little girl being named Jessica.

These Twitter posts have really reminded us how a lot of the names that used to be popular are becoming extinct now. For a lot of the names, it's just so hard to imagine a child with that name, it's like the name is only reserved for adults now.

Like imagine a little baby named Doug, it's just so odd to hear. It's weird to imagine that all of these people with adult names used to be kids too like you had a playground full of Richards, Dougs, Craigs and etc.