Albert Einstein once said that "Only two things are infinite, the universe and human stupidity, and I'm not sure about the former."

Nick Harris is a black man whose story proves that you can date people of color and still be racist. Nick has a daughter with a white woman and he recently decided to have his daughter's hair braided. After showing a picture of the braids to his "Babymom", she became furious at him because she still can't accept the fact that their daughter is mixed, which basically makes her a racist.

Harris decided to share their interaction on Facebook so the whole world can see her racism and hypocrisy.

She's mixed, so she's obviously both black and white 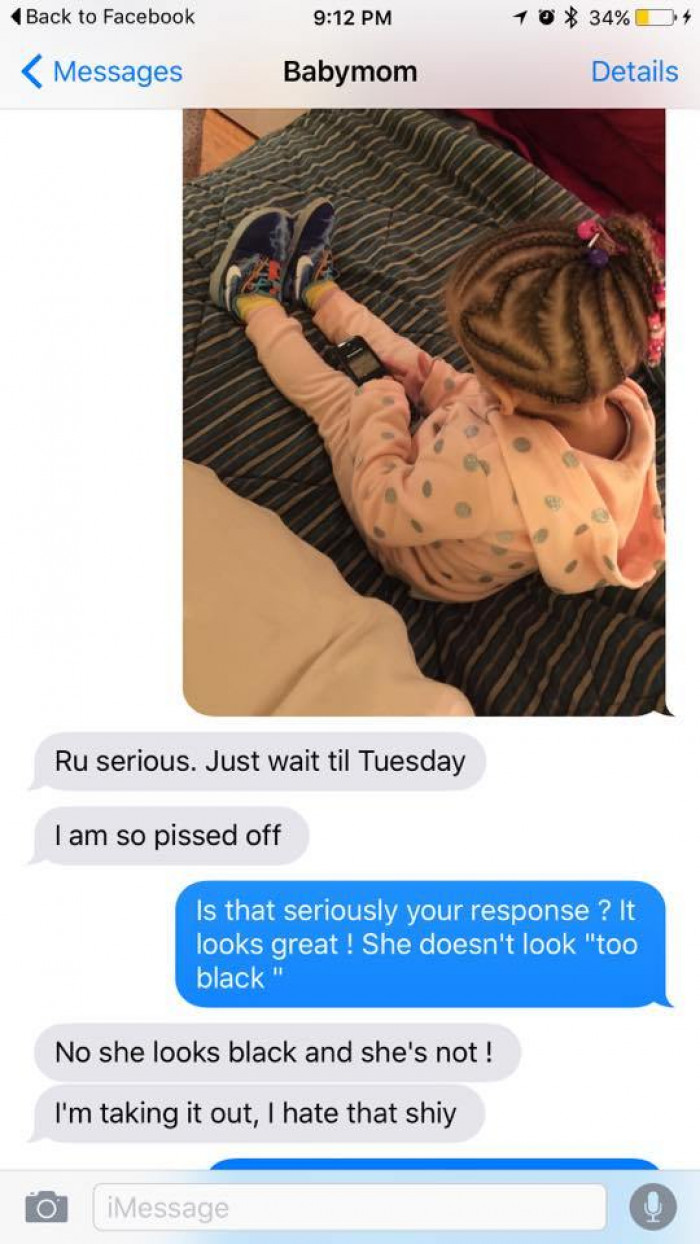 In what world are those braids ugly? 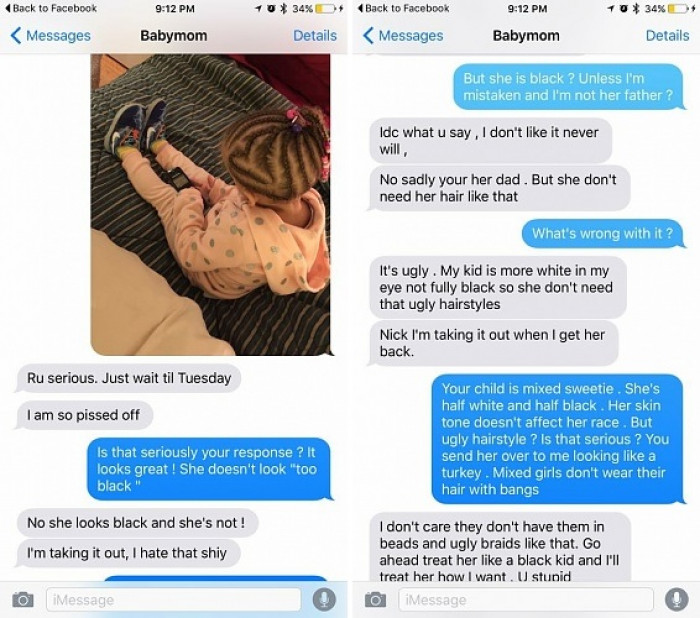 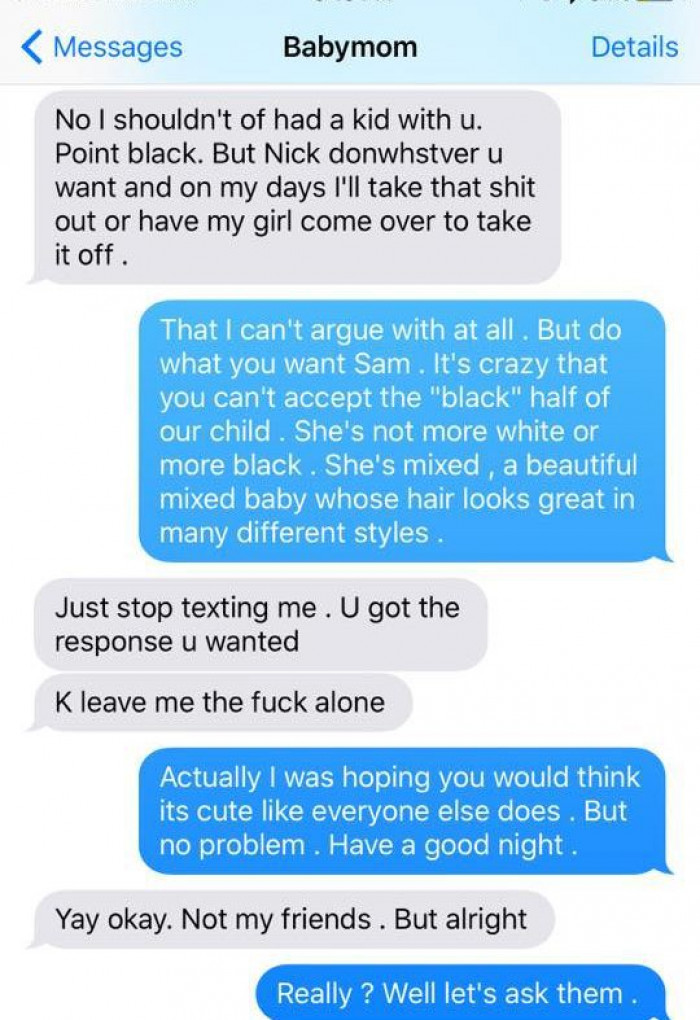 She can't accept the fact that their daughter is mixed. 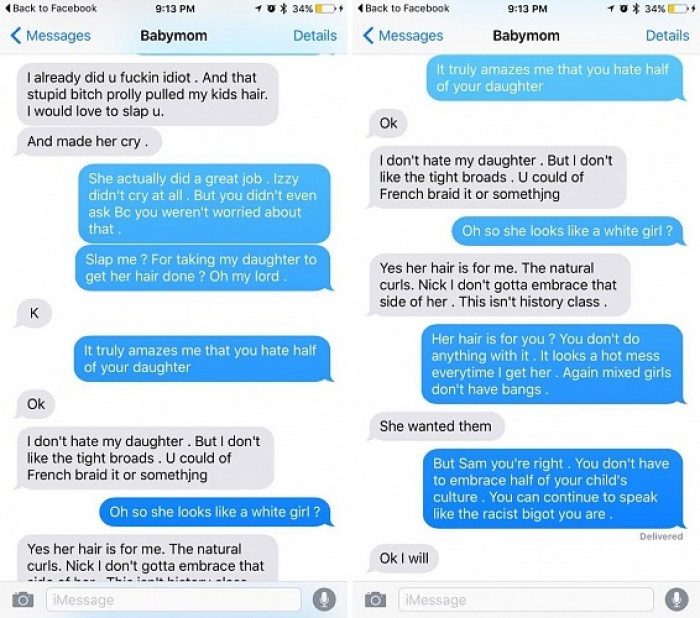 As soon as Harris shared their encounter on Facebook, a lot of people shared their thoughts on the interaction:

We all hope she does

He should be proud!