If you've ever worked in any industry, you would know the difference between a good manager and a bad one. Finding a good manager that keeps you motivated is a lot harder than most people think.

The redditor shared in the group r/MaliciousCompliance about their recent experience with a new manager. Apparently, this new boss is the type of person who always has to be in control.

Even when r/nerdyfury83 was exceeding their metrics and generally being an excellent employee, the new manager always found a reason to call them out for minor issues.

For instance, when the original poster (OP) was late for work, the boss pulled them aside for a meeting to discuss the situation. Despite OP following the company protocol of calling in and applying for a schedule adjustment, the manager was not satisfied.

During the meeting OP insisted that they followed procedure. However, the micromanaging boss said she's now imposing a new rule and OP has to call her to explain why they're late; OP followed and now calls the manager at 6AM even on her day off when they're late.

The micromanaging boss saga continues. Anyone who wanted to call out a previous boss for being bad at their job, you can live vicariously through OP and read on!

The situation keeps escalating and the micromanager's behavior is getting on OP's last nerves. For example, the bad boss had a lot to say about OP's work ethics.

When OP was hitting every target on their scorecard metric, the boss was still unhappy. For instance, they scored 99/100 (the goal was to score 50) and when OP handled calls for only 600 seconds (the target was 1500 seconds), the manager pulled her aside for meetings because of her unacceptable performance.

The work situation got worse, when manager failed to follow up something for OP, the manager said, "if it's not in writing, it didn't happen." So now, OP asks the manager to put everything in writing and when she claims to have said something to this employee, u/nerdfury83 repeats her own mantra to her.

Now, everything came to a sudden head when the micromanaging boss asked OP to see her after her call. The employee complied and went to the manager's desk only to find that she's not there.

When the manager asked OP why they didn't wait for her, OP reminded her boss that she told them not to wait for more than a minute if she's not at her station. The manager asked to see her again 3 times and when OP approached the station, the manager was not there.

Once the shift was over, the manager asked OP to come see her again. OP said they will if she approves paid overtime and if not, they should meet tomorrow when they're getting paid for it.

The manager said that OP was being ridiculous but the employee still said no. Mind you, all of this was happening in the company's own chat server.

The manager told OP that she will set up a formal meeting through HR the next day. The employee said fine; unknown to the manager, the employee saved screenshots of the entire conversation as proof.

The next day, OP was informed that a meeting with HR has been scheduled. They said okay and they will inform their union rep.

HR sits them all down and says, "So we're here today to discuss some concerns. Your team leader asked you to attend an off the cuff catch-up three times, and for some reason you refused?"

OP knows this is not how it happened and clarified the situation for HR. The micromanaging boss said OP's version is not factual.

The twist is, OP repeats the manager's mantra: if it's not in writing, it didn't happen. OP then proceeds to provide the screenshots she saved previously as well as her timestamps and call logs.

The union rep smiles and stares the manager and HR down and asks if they were supporting the manager's actions. HR says it was a miscommunication and OP insists that they put it in writing that she was falsely accused of any misconduct.

A few days later, OP's team was informed that the bad boss was 'pursuing opportunities outside of the company.' They are now going to get a new boss. 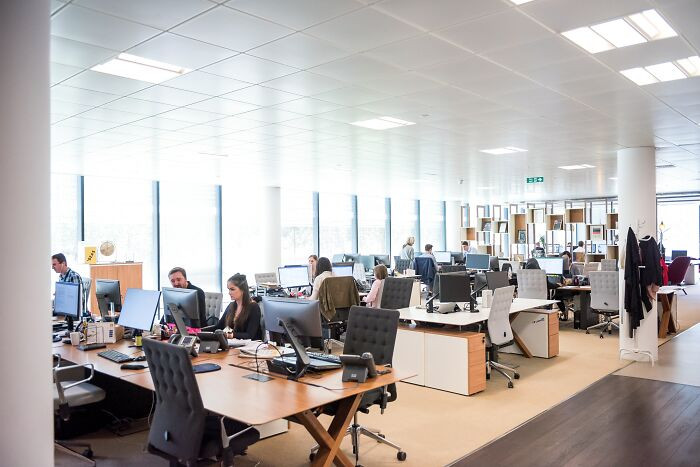 You can read the whole post here, it's very satisfying reading the account in OP's own words! 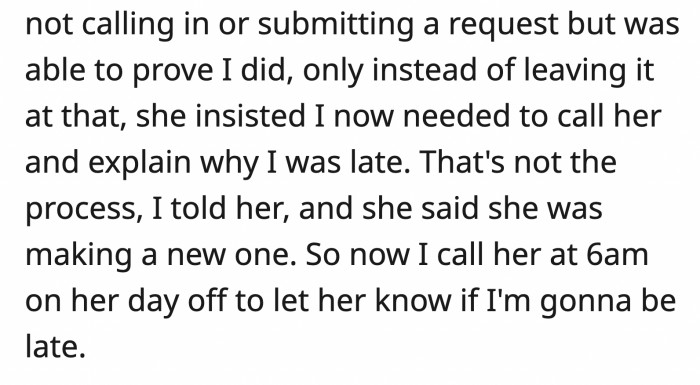 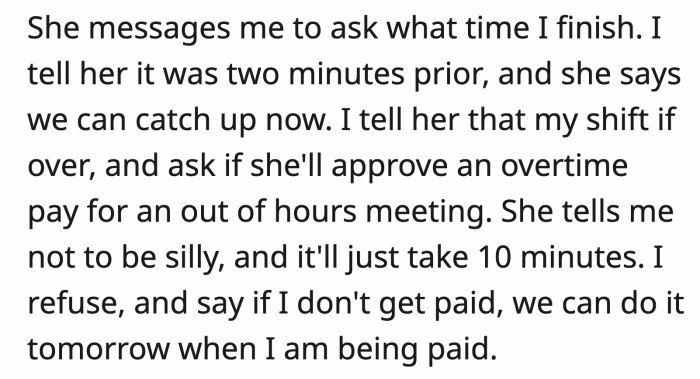 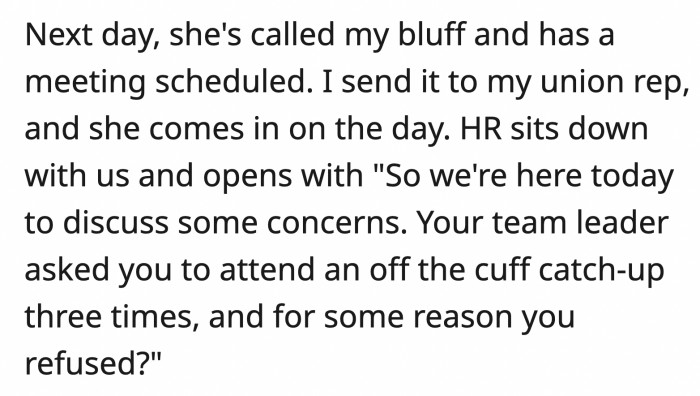 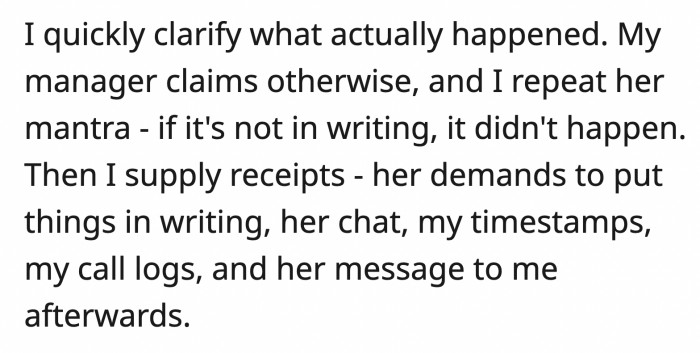 OP clarified that they actually love their job, it's just unfortunate that having a bad boss from time to time is part of the package. 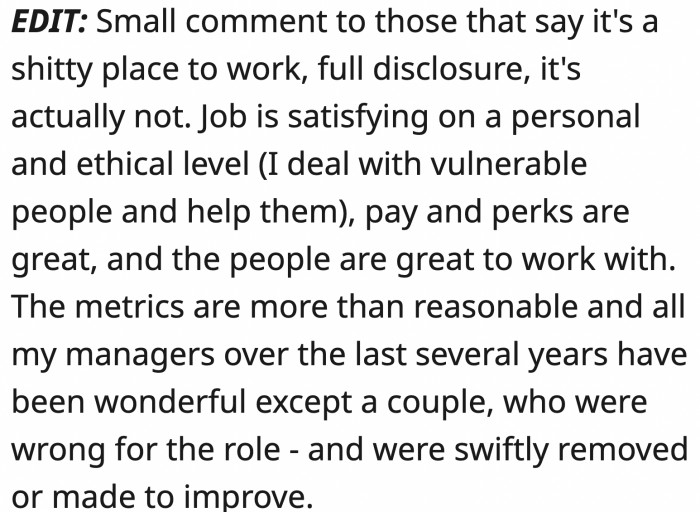 If it's not in writing, it didn't happen!

It's corporate jargon of course

Right? OP deserves all the kudos and salary increase!

It's a tough job 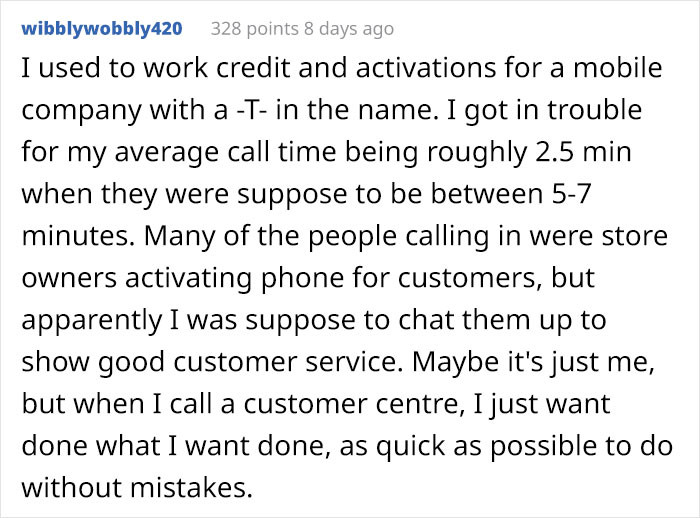 While this user congratulated OP for handling the situation beautifully

The difference between a leader and a boss

Flip the script and use it against them

I think this commenter needs hugs

Anyone who has worked with a micromanaging boss can understand how frustrating this kind of situation is. While not all of us can be as brave as OP, we can just share in their joy of properly handling a pseudo-leader.

OP shared that they've worked long enough with a lot of types of bosses, that they simply didn't have the patience to jump through the hoops the bad boss was waving. Despite the harsh outcome, OP said they wouldn't change a thing with the way they handled the situation.

OP sounds like the kind of employee you want to work with or an employee the company needs to promote! We're rooting for you u/nerdfury83!