In one (AITAH) Am I the A**hole subreddit post, an OP (original poster) shared her dilemma about a certain witchy aunt. As described in the story, the aunt went quickly from heartwarming and helpful to manipulative when the topic of the OP's service dog came into the picture.

The situation unfolded when the aunt let her know that her grandmother was severely sick and was close to the end of her time. The aunt gracefully asked her if she would like to visit and offered to pay for her ticket since she can't afford it.

The relief that came with knowing that she'll be able to say her goodbyes to her grandmother was replaced with anger when her aunt dangled the offer with a condition. It was either she leaves her service dog at home or she wouldn't be getting any help at all.

OP then asked Redditors if she was at fault for fighting for her SD. The dog is basically her lifeline when it comes to big medical issues and when stressful situations arise.

Or was the aunt's petty reason for not wanting her cats to be ruffled by the SD a considerable reason for the 'request'? Naturally, Redditors voiced out their opinions in the comments.

Here's the original question of the OP:

OP's aunt seems like she has a heart of gold, a savior in the midst of a hard time.

Then it started going downhill for her

An overview of the whole thing is that OP was manipulated at first to thinking that her aunt wanted to help her visit and bid her goodbye to her grandmother without any conditions.

Then suddenly it became the aunt's mission to make sure her service dog which she heavily depended on because of medical problems was a no show or else she would be cut off from the offered help.

Coming in with petty reasons like disturbing the aunt's precious cats which would be unacceptable for her. What started with a possible reunion ended up as a big blowout from both ends.

Redditors suggested trying out the wheelchair question before building their final verdict but it seems like the aunt is digging the hole she's in, deeper.

Maybe there's an ounce of hope that the aunt wasn't really that mean.

For those thinking that maybe OP's aunt was just mourning, pushing her to extreme limits of bad behavior. Then OP's realization about her previous actions got Redditors rallying on her side if they haven't been after her story and update.

Calling OP's aunt for what she is

Mostly, and more importantly, compassion and sympathy went on for OP 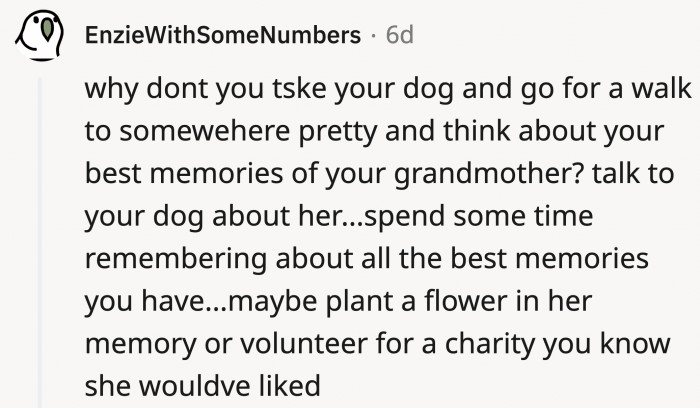 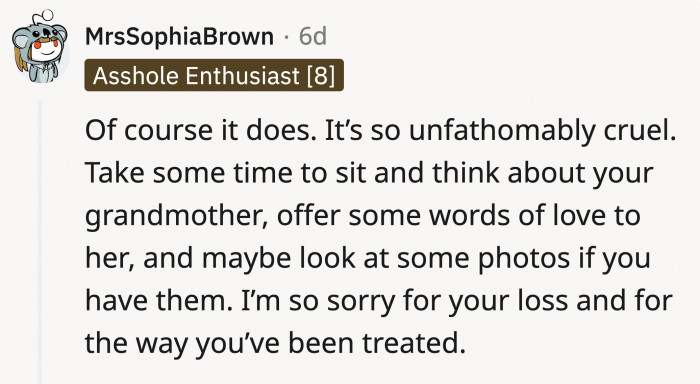 Service dogs are trained specifically for a reason and laws for them don't really protect the owners and their SDs as much. The aunt and the OP's interaction brought to light how pettiness can shadow the focus on what really matters.

If you're in either of their shoes, how would you handle the situation? Leave a comment and let us know what you think!