It's pretty crazy that in today's society, people can still be extremely ignorant and even homophobic. But unfortunately, that is the case, and nowadays it can be made even worse by the fire-spreading power of social media. You suddenly end up with a whole new group of people who wouldn't ordinarily be so brave if they weren't able to hide behind their keyboards.

However, social media can also be an amazing resource in the fight for equality and is a great way to give everyone a voice.

Scroll down to take a look through some of the best and most clever comebacks to homophobic comments online.

#1 Straight To The Point

And that's because there's nothing wrong with being gay… 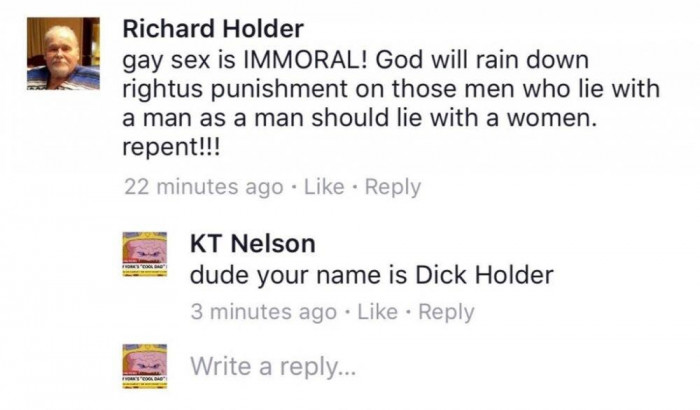 Got a lovely text this week pic.twitter.com/UWPGRycuph

#4 Don't Go Bringing The Bible Into It 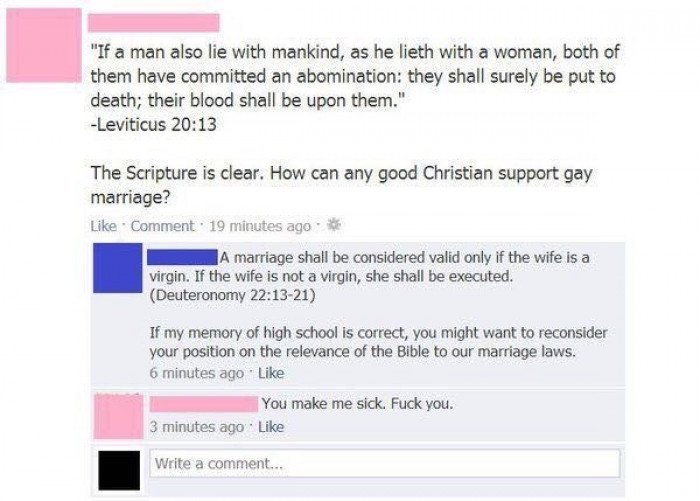 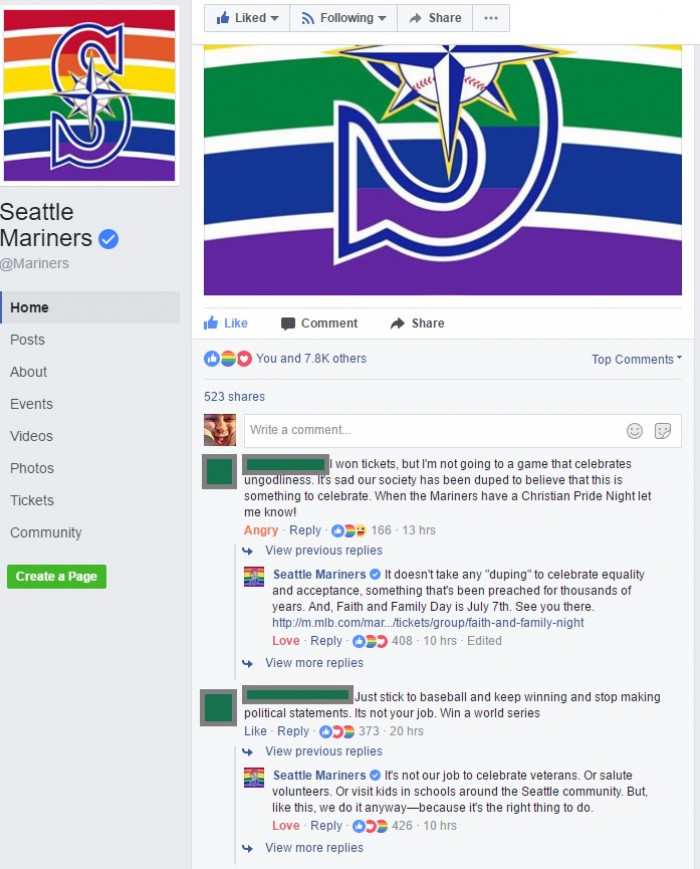 Straight men: homosexuality is a disgusting sin get that shit out of my face it's gross

#9 Because That's What They Are

My dad actually works for me and is SO PROUD of me 🤗😉 sorry bout it https://t.co/H3Wt7fpB5F

Being sexually assaulted makes me gay? Or in your own words, a “faggot”?(reprehensible term)

Molesters use this same logic on their female or child victims, calling them “bitches” or “hoes” who asked 4 it.

This mindset has gone unchallenged by the Black community for 2 long. https://t.co/TJxITQ2alJ 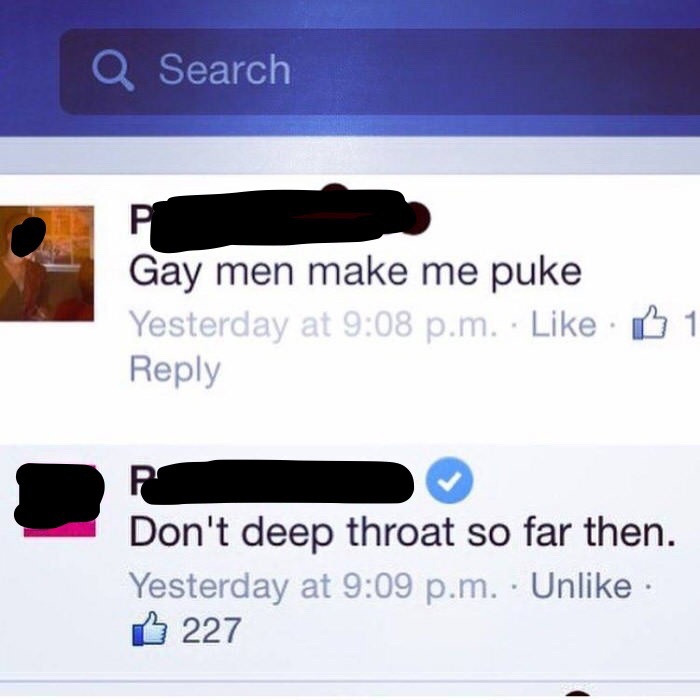