As we reach for our smartphones, tablets, laptops, and gaming stations each day, to update statuses, post pictures or even to call a friend to simply unwind from a stressful day, we never have to stress about where we will get water from next.

Faucets, hydrants, bottled water. Water is in abundance in parts of the world, and there's no doubt that the people in those parts, may take advantage of it and never think twice about it.

Unfortunately, there are still plenty of places where water is not easy to come by. Especially clean, salt free drinking water.

The numbers speak too, around 2.2 billion people do not have access to clean drinking water. That staggering number is pretty ironic if you think about it, I mean Earth is primarily made up of water.

Earth is 2/3 water to be exact. However, a non profit organization by the name of Give Power may have just solved the water issue.

In Kenya, they recently had tons of success installing a solar powered plant that transforms saline water into water that is safe to be consumed.

A small town called Kiunga in Kenya has already completed a pilot test back in August, and its changed these people's lives.

The two pumps of the plant are able to pump enough water for 25,000 people per day.

The joys of crystal clear water to drink 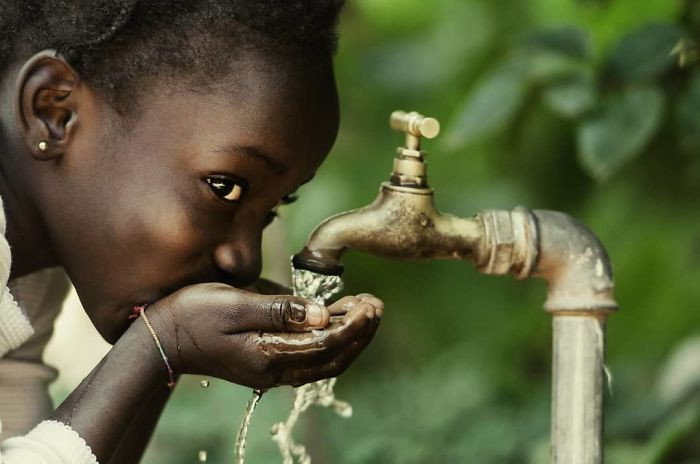 People from around the world were beyond elated to hear the news.

Although I hate that we are nearing 2020 and this has JUST become an attainable solution, but it is a huge issue that has finally been solved none the less! 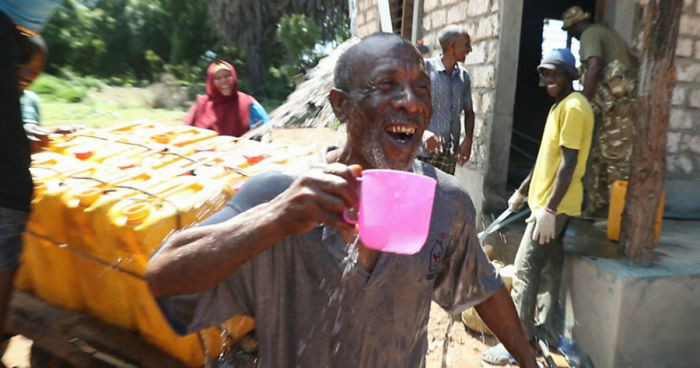 Paraphrasing Neil Armstrong from his first steps on the moon, THIS is one small step for man, one giant leap for mankind!

Give Power has no plans of stopping in just Kenya, they have big plans to use this same technology in other parts of the world! Considering 1/3 of the planet does not have legitimate access to water, and the problem is even more so in certain areas than others- in my opinion this is THE breakthrough of the century! Every living being, deserves clean fresh water to drink.

Columbia and Haiti are next on the list as far as fixing their water crisis. 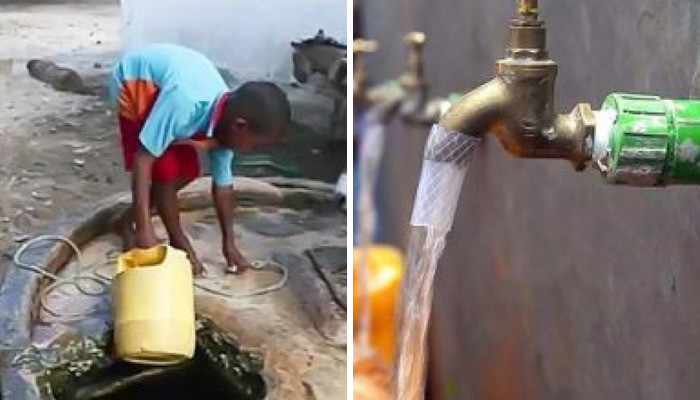 The people weigh in..

Removing the salt from the water in the areas that our saltwater oceans surround, is actually a very expensive process since it is so power-consuming.

Give Power calls their plant a "solar water farm", it starts by harvesting the sun's energy through the large solar panels, then proceeds through the desalination process.

Since its using the sun as energy, after the plant is up and running, the cost is virtually nothing.

Give Power's solar water farm in Kiunga Kenya, is able to produce 50 kilowatts of energy, essentially powering 2 water pumps that run 24/7- producing at it's max, 35,000 gallons a day! 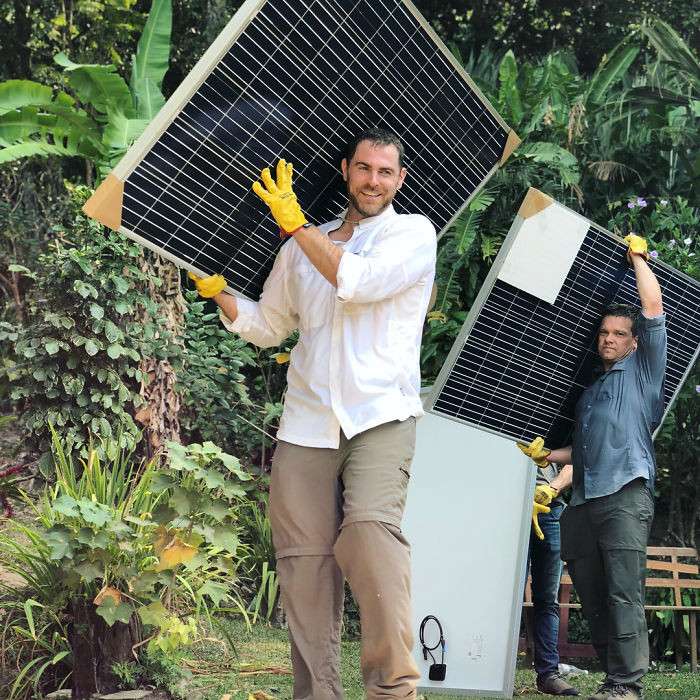 The joy in abundance yet the leftover disappointment from the years passed, leaks through the people's comments.

Could you imagine traveling any distance for safe drinking water? Some of the people in Kenya would have to trek for over an hour just to provide their families with water to drink.

Since fresh salt free water is so precious, they would often bathe, and launder their clothes in salt water which is very invasive to anyone's skin. 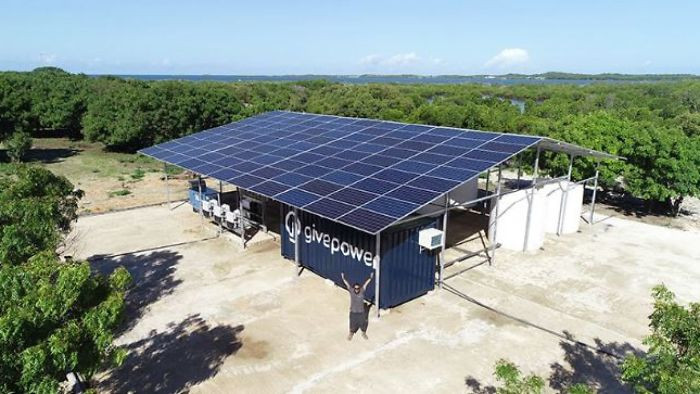 Hayes Barnard, president of Give Power, said, “You see children inside of these villages, and they’ve got these scars on their stomachs or their knees because they got so much salt in their wounds. They were basically poisoning their families with this water.”

Give Power's installment of the plant didnt only help with fresh water to drink, but it also saves the people from various diseases since the water they were using previously was packed full of not only salt, but pollutants, and plenty of parasites.

It saddens my heart that it took SO long for this breakthrough to come to light, but I am so grateful it finally did.

Hats off to Give Power for their determination in saving so many people's lives!!!

Their way of life will never be the same!

I hope someday this is something we can all say is no longer an issue!

If you'd like to help Give Power, consider making a donation. What better gift than the gift of fresh pure water? You can donate on their website.

No child should ever have a want for water. 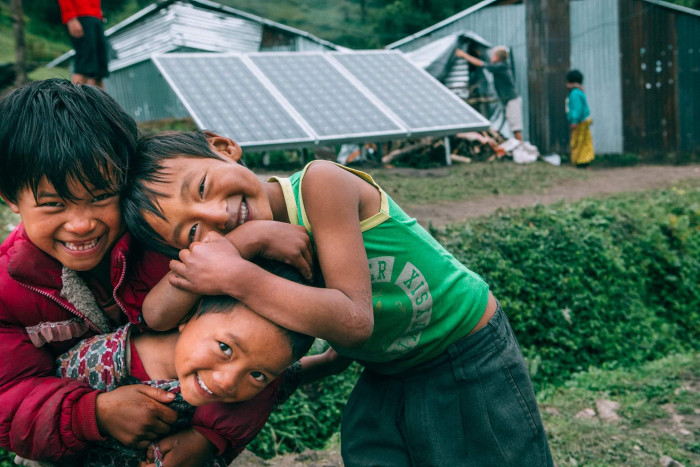