Reddit is truly the best place to find hundreds of stories of entitled people who think they own everything in the universe. As an artist myself, this story is pretty frustrating to read as I understand the hard work that goes into a single piece of artwork. People come along asking for free art and getting mad at you even if you politely refuse is one of the most annoying feelings in the world.

This Reddit user shared a story about a guy that approached her asking asking for a portrait of himself and his brother for his grandmother who was "in the hospital". (Another commenter later mentioned that the original poster explained how the guy didn't actually have a sick grandmother, just a massive ego.) When she said she couldn't create artwork without being commissioned, he freaked out and called her a 'sociopath bitch'. Here's the full story.

Here's how the conversation starts. 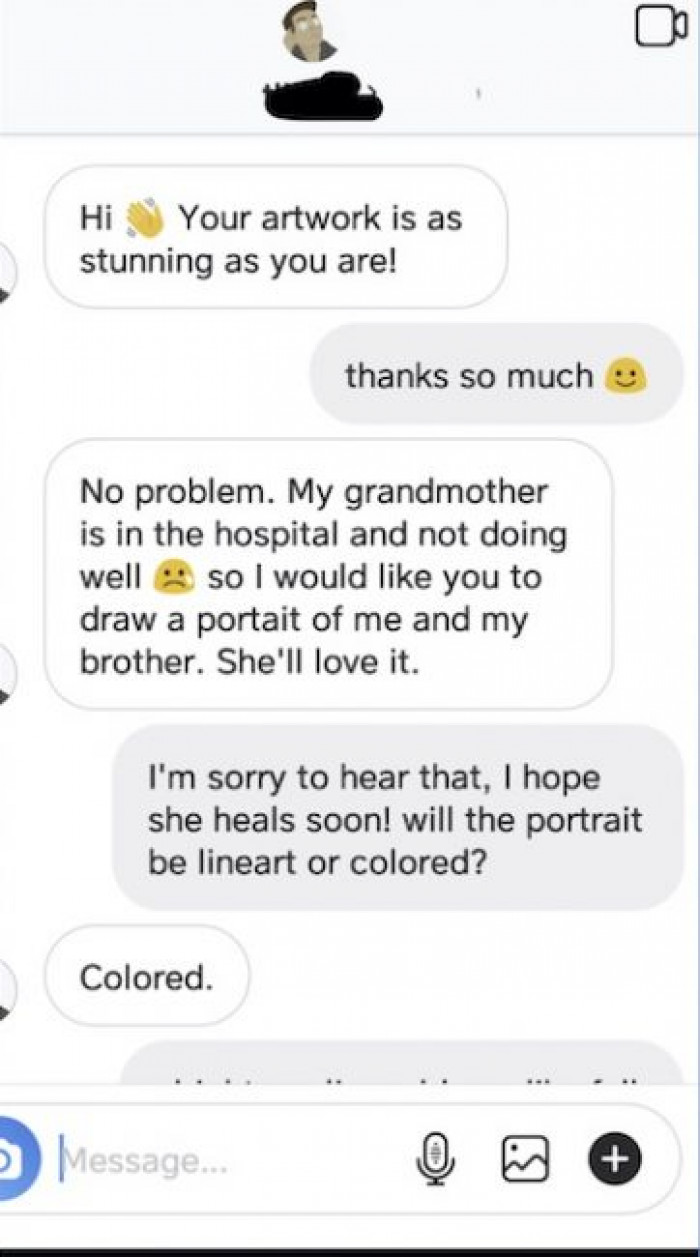 Here comes the start of the try not to get angry challenge: 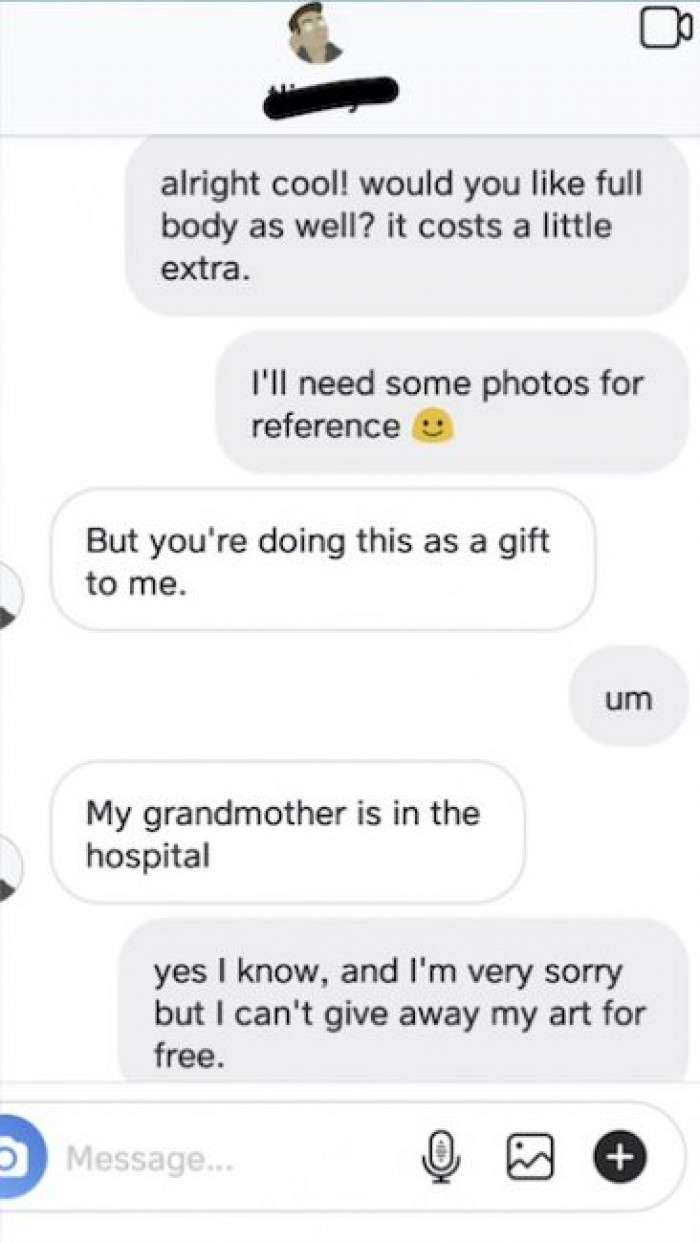 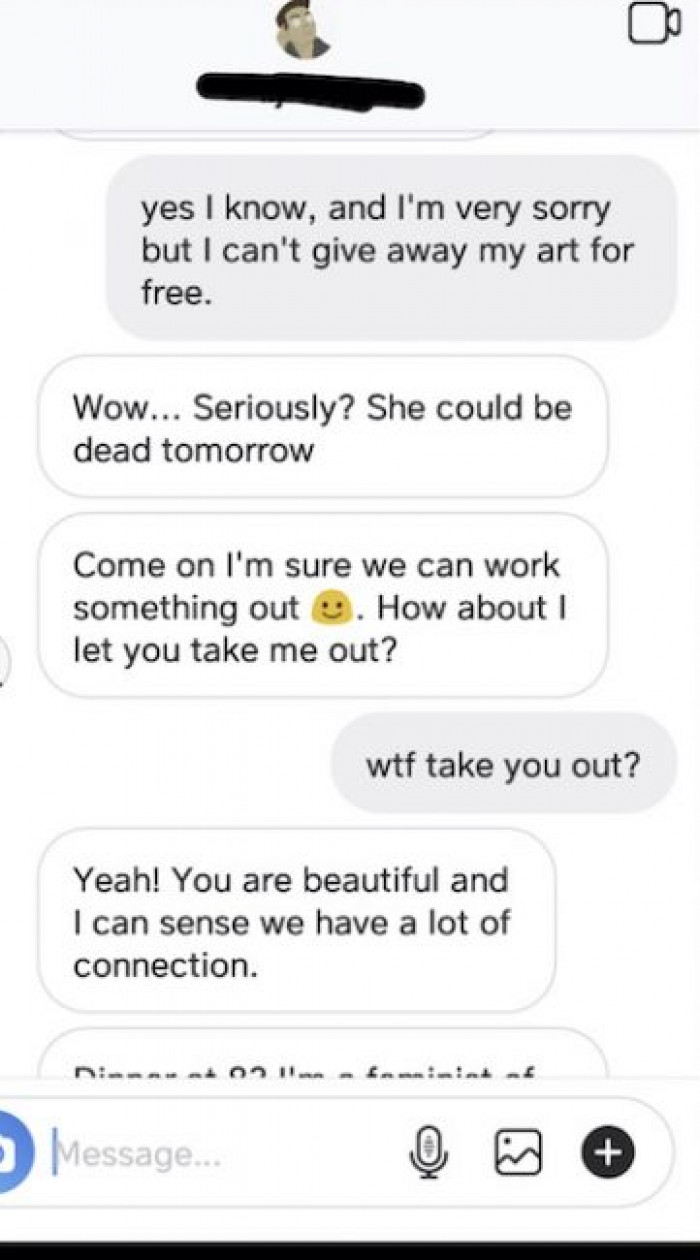 Translation: "In return for your free labor, I'll let you pay for my dinner! I'm a feminist after all." 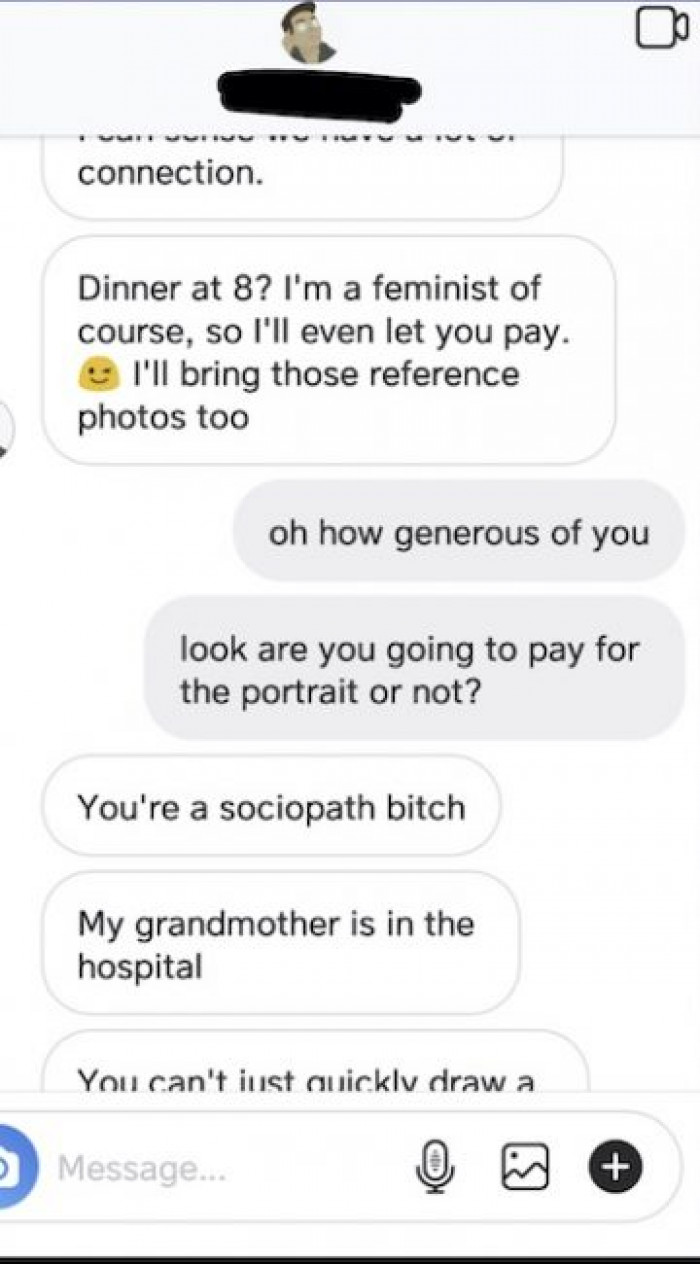 Many other people on Reddit would agree that this was excruciating to read.

Don't be disappointed when an artist refuses to give you free art, because you're giving them nothing in return for their hard work, supplies, and time. Commissions exist!

Also, don't call yourself a feminist if you don't act like one. If you're a person who thinks girls will like you just because you label yourself as an activist instead of actually being the person you claim to be, you're probably wrong.