Fiona Grayson wasn't always a fan of spiders. But when she came across Cordelia, her feelings towards the eight-legged insects changed.

Fiona first met Cordelia back in July when her cat spotted the arachnid. "I noticed our cat, Scout, staring intently at something in the gap between where the wall meets the decking on our side porch," she said.

"Closer inspection revealed my first glimpse of the large spider who I've come to name Cordelia." The spider was about the size of Fiona's palm.

"I crouched down to get a closer look, and she stayed put, and that's when I noticed her eyes," Fiona said. "She seemed to be looking up at me, and I fancifully wondered if maybe she was observing me with the same level of curiosity as I was her."

So, Fiona decided to make her new houseguest feel as welcome as possible by giving Cordelia's home a makeover. The first step was adding two pretty flower pots filled with fennel blossoms.

"The flower pots were just strips of dampened grocery store bag that I wrapped around the lid of a nail polish bottle, painted and filled with dry flowers," Fiona said. "They took almost no time." 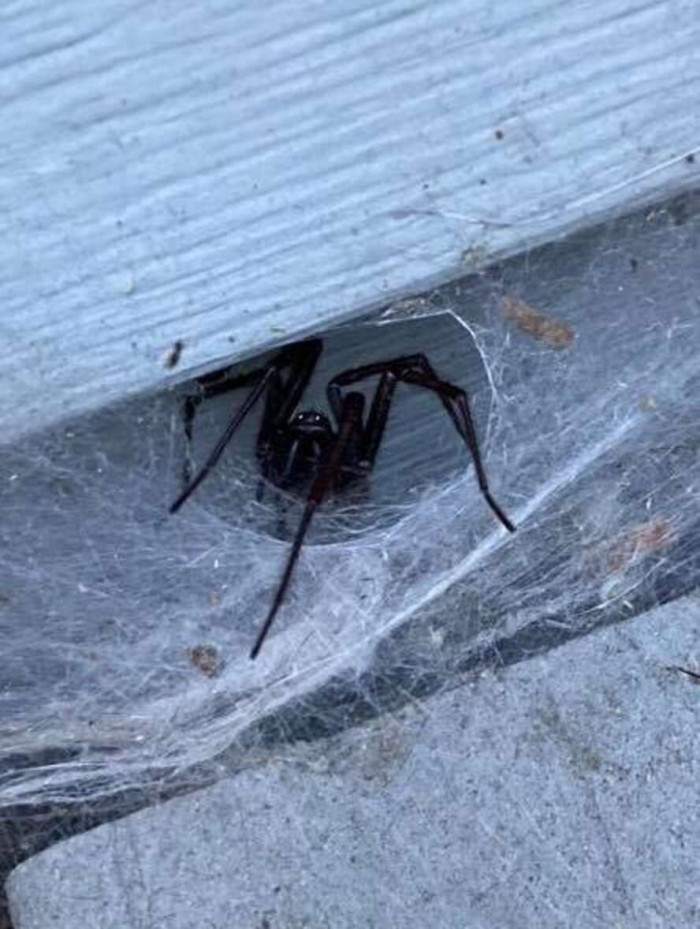 "Once I'd installed them, I realized a doormat would be a fun touch. That was just a piece of black cardstock scribbled on with a white pencil," Fiona explained. 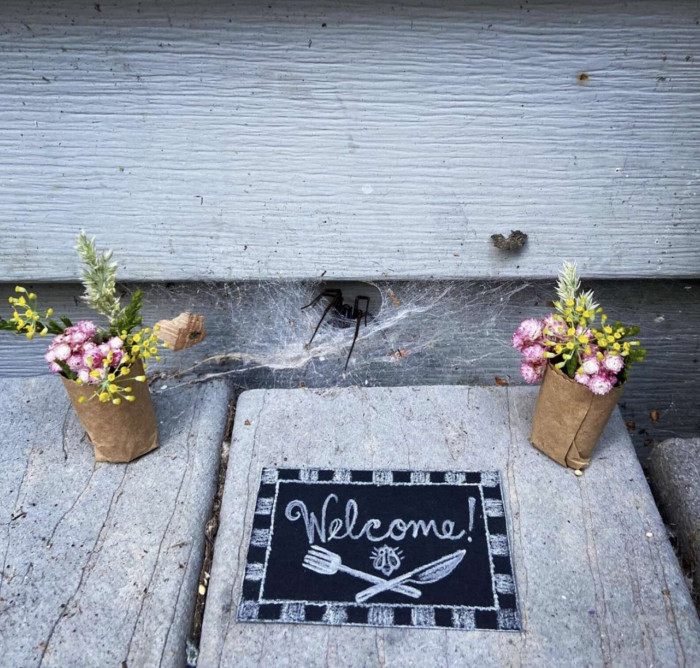 And the renovations didn't stop there! Fiona added a "WEBer grill" and a porch swing, which she made from scratch.

Fiona says she has formed a close bond with the spider. "It was simply fun and wholesome, and in the process, I became very fond of her and excited to see her when she'd reveal herself at night," she said.

"I tell her she's beautiful and loved and thank her for her diligent pest control work. Any less would be just kinda rude and unneighborly." 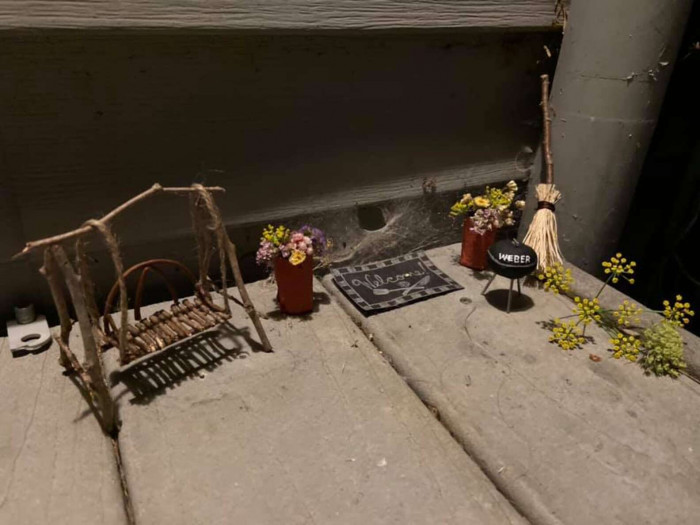 Cordelia has made it clear that she approves of the new additions to her home. "I can see that she's come out under the cover of darkness and has attached fresh webbing all around her door," Fiona said.

"It's now attached to all of the decorations and furnishings as well, so that's how I know she appreciates the gesture — or at least tolerates it." Cordelia has gained a lot of fans since Fiona started posting about her on social media.

"I figure that if I can make just a few people out there change their attitudes towards our arachnid neighbors, and come to see the beauty and necessity of them, then this little diversion has been very worthwhile," Fiona said. 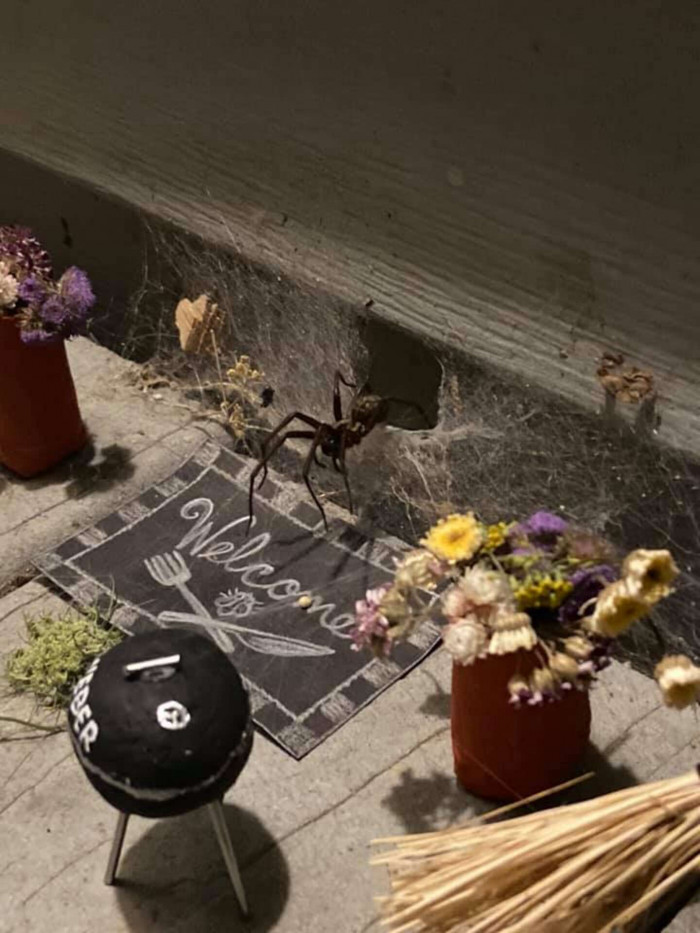 And we couldn't agree more! 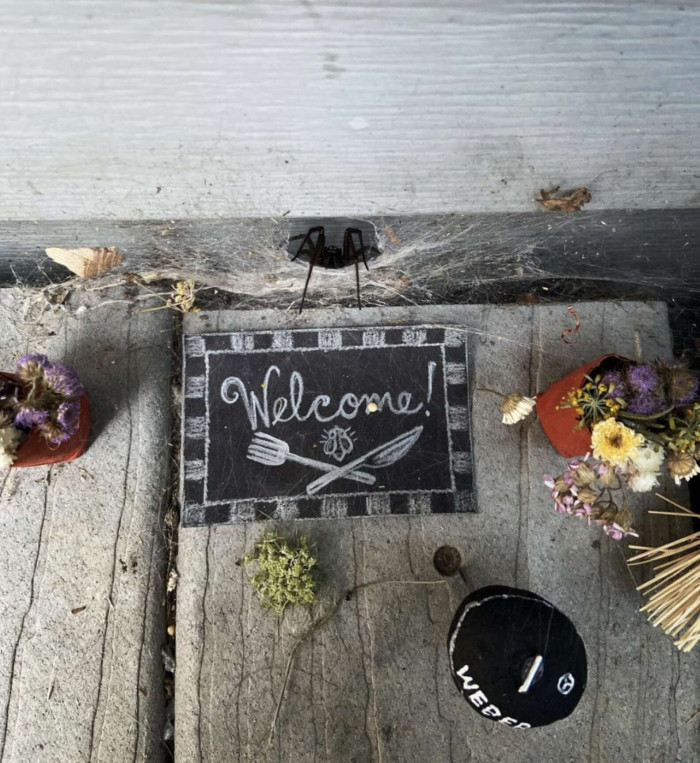