Tez Gelmir from Australia is one awesome dad. He loves to build projects for his kids. He has done a lot of them for his son, and now with his daughter’s first birthday coming up, he “felt it was her turn to get some project love and what better way than with her own Speeder Bike?!”

Honestly, we are trying to think of something, but we cannot think of anything. Can you?

This venture was inspired by the 74-Z Speeder Bike that was featured in the Star Wars movies, and if you have not seen the films yet (why?), Tez gladly explains:

“The 74-Z Speeder Bike is best known for its appearance in the 1983 movie, Star Wars: Episode VI: Return of the Jedi. In which Imperial Scout Troopers, on the forest moon of Endor, engage in a vicious chase with Luke Skywalker and Princess Leia Organa after the Rebels commandeered the speeder bikes to pursue their foes,” Tez Gelmir says. 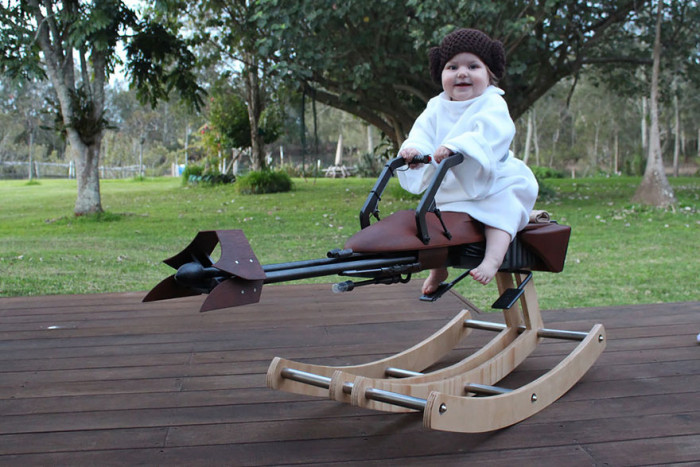 This wonderful project shows a dad’s love for his daughter, and will also make the little girl get familiarized with the Star Wars Universe… What could be better than this? 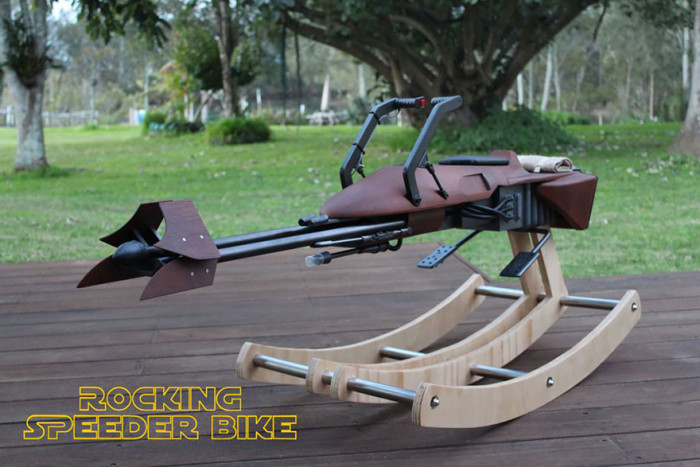 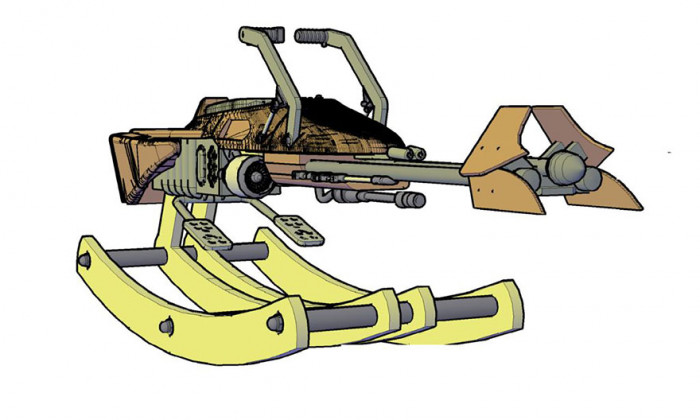 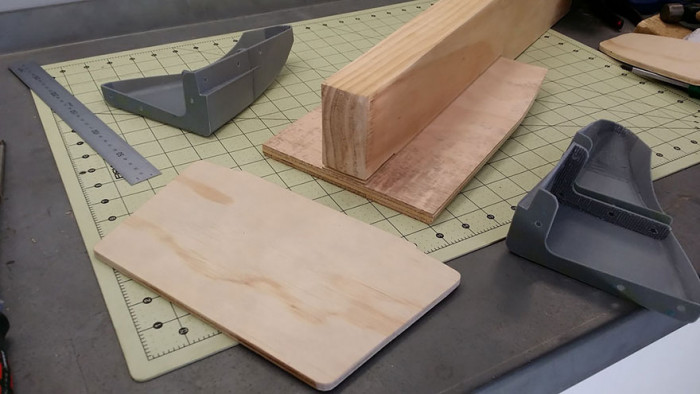 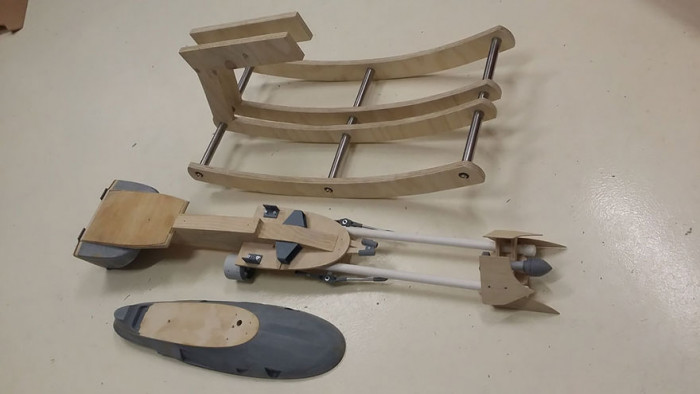 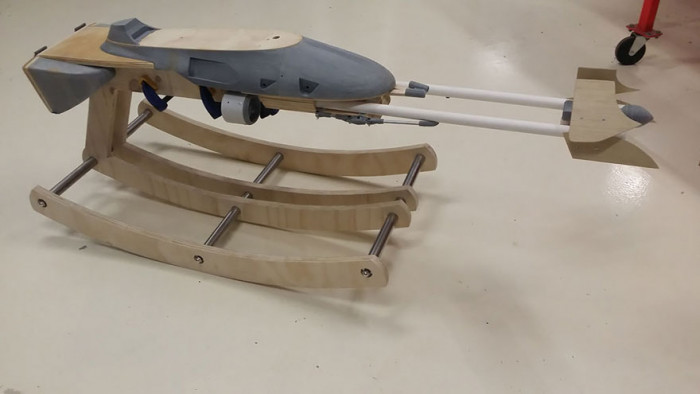 If you are interested, you can find the complete step-by-step construction process on Instructables.