I want to start this off by saying that if you don't know who Steve Irwin is, please, PLEASE go and look him up, do some research, and then come back here and prepare to weep liberally.

For those of us seasoned Crocodile Hunter fans we know what an amazing man Steve Irwin was, and the great work that he did as a Zookeeper and conservationist with his short time on this planet. What some people might not know however is that his son, Robert is a carbon copy of his father, not only continuing his work with the zoo but also as a fantastic photographer.

Robert is making his own place in the world, all the while looking, acting, and loving animals just like his father...

Robert posted this picture online not long ago, and needles to say it had the whole internet buzzing! 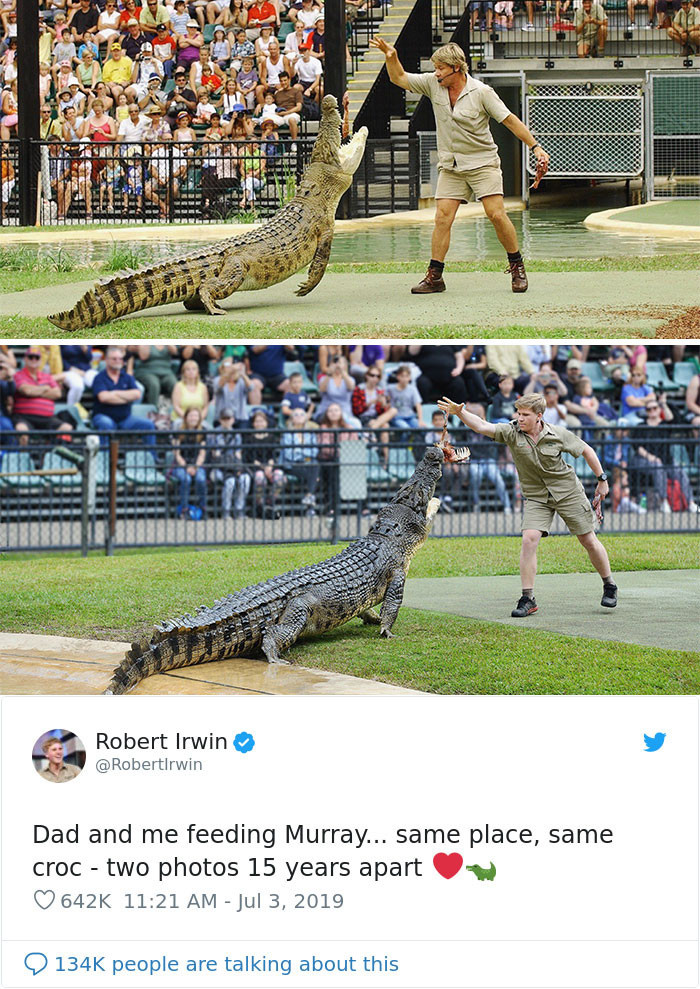 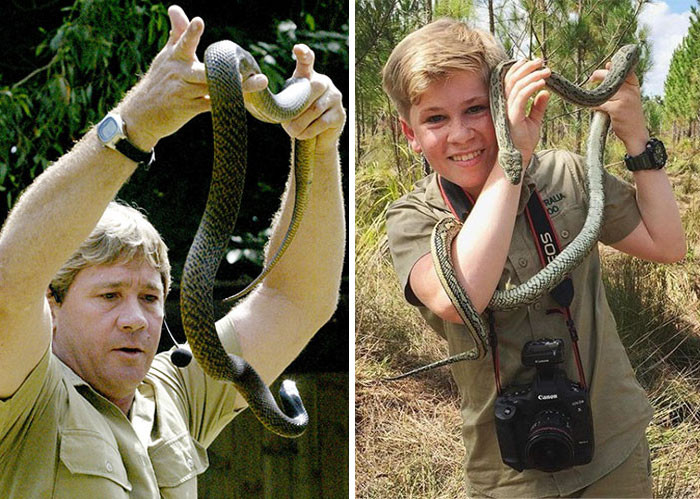 And Bindi seems to agree that Robert is truly a person to be proud of: 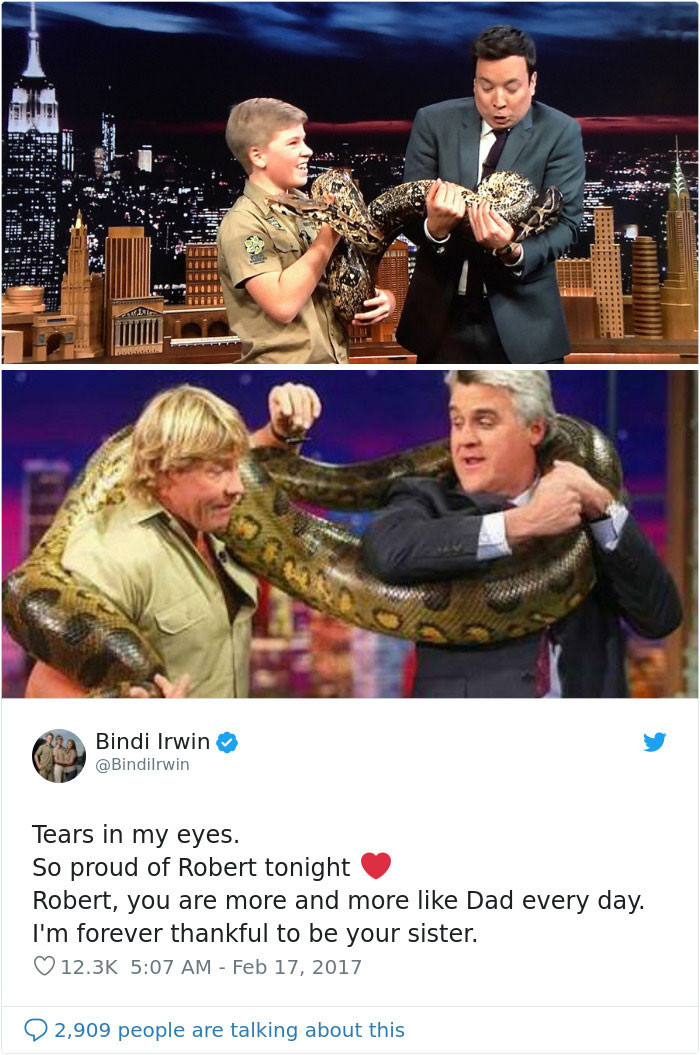 Damn it, there's something in my eye... 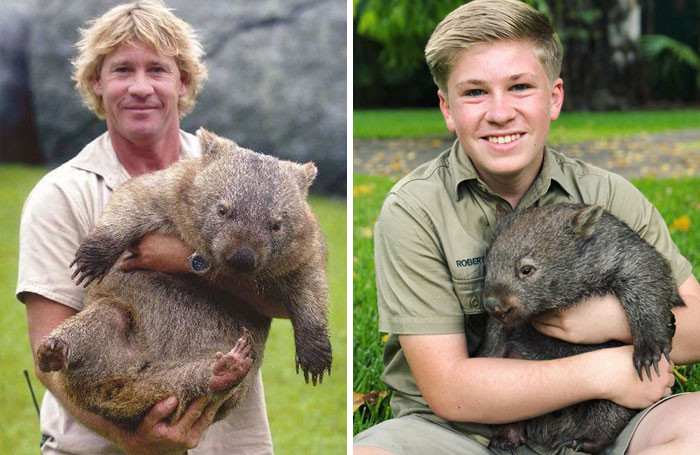 Of course we can't be viewing comparison pictures without some cuddly crocodile action! 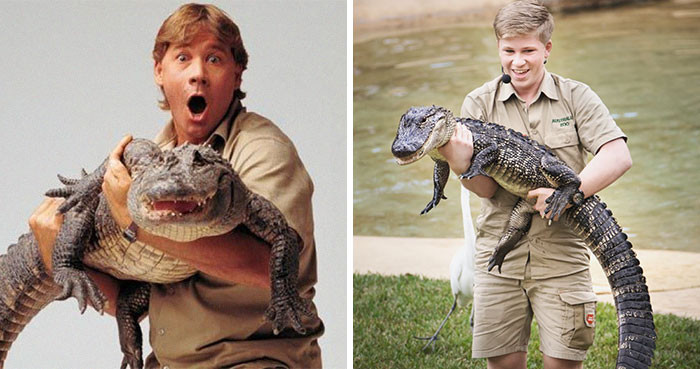 Or snakes? They seem to be big fans of snakes. But who can blame them when they're so photogenic? 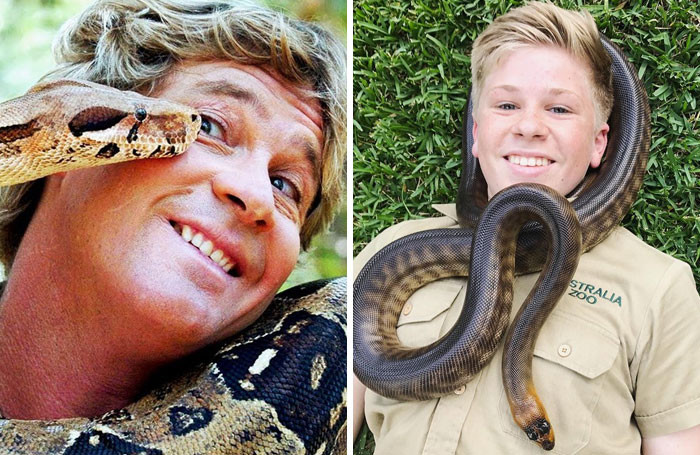 It seems to me that Steve's legacy is in the best of hands with Terri, Bindi, and Robert taking over the reigns 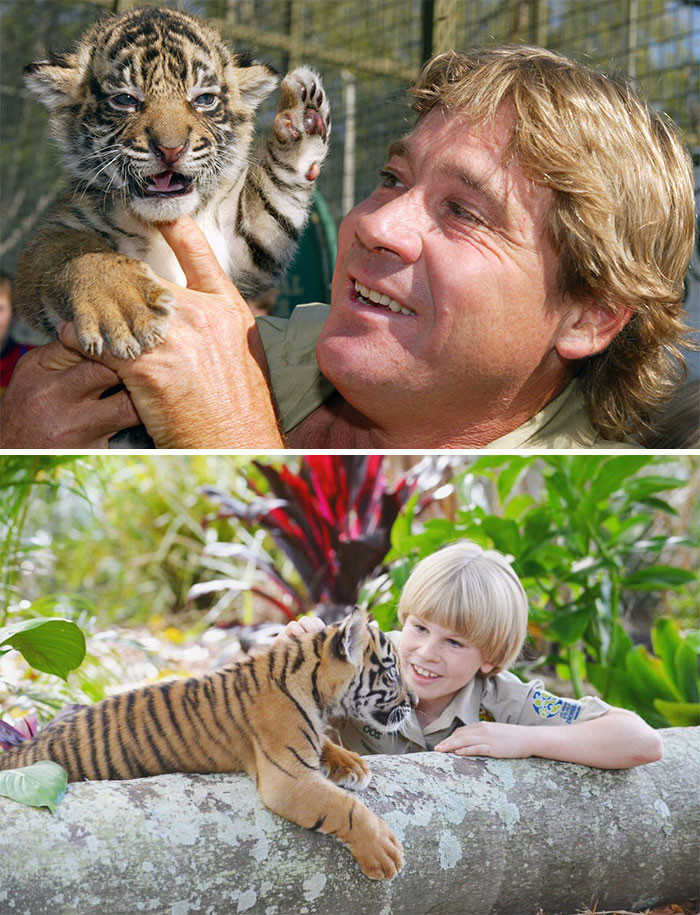 When you're raised to have such a respect for wildlife, who would have thought for a second that Robert wouldn't be exactly like his father? 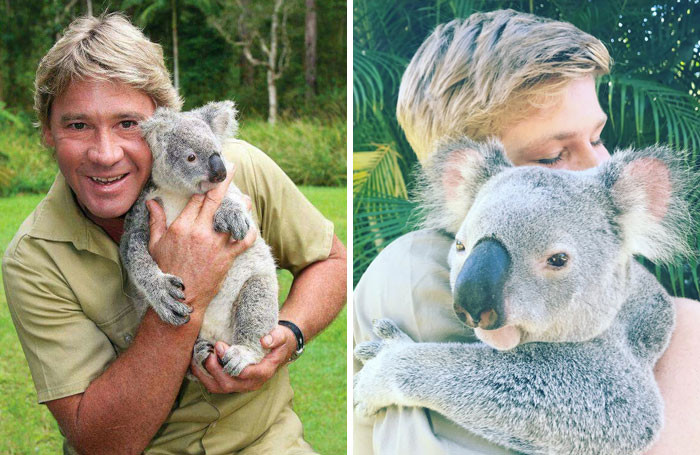 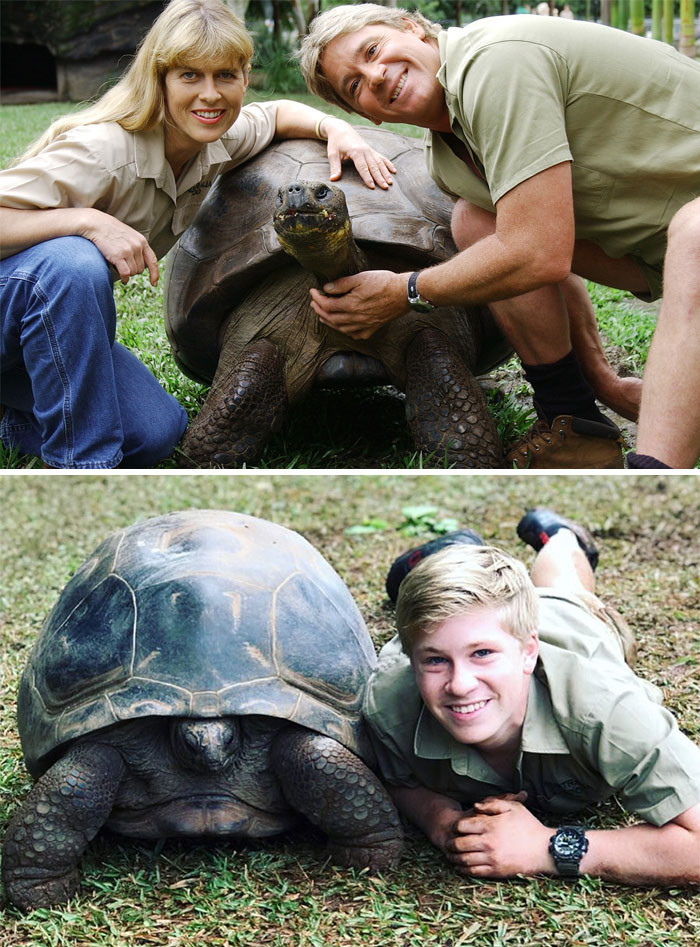 How many more examples do we need of this? ALL OF THEM MY HEART IS SO FULL 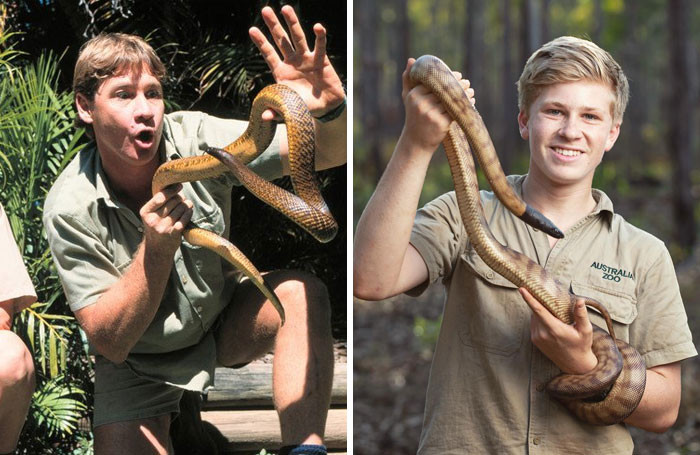 And possibly the most important photo in this thread. This: 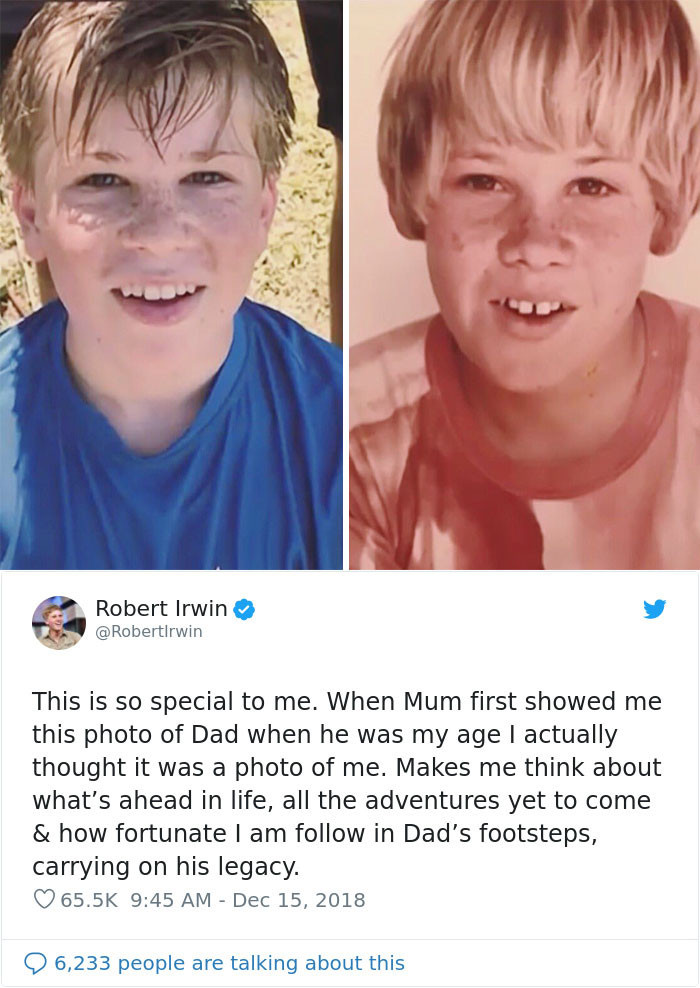 For those of you who aren't familliar, Steve Irwin died in 2006, after an accidental sting from a stingray 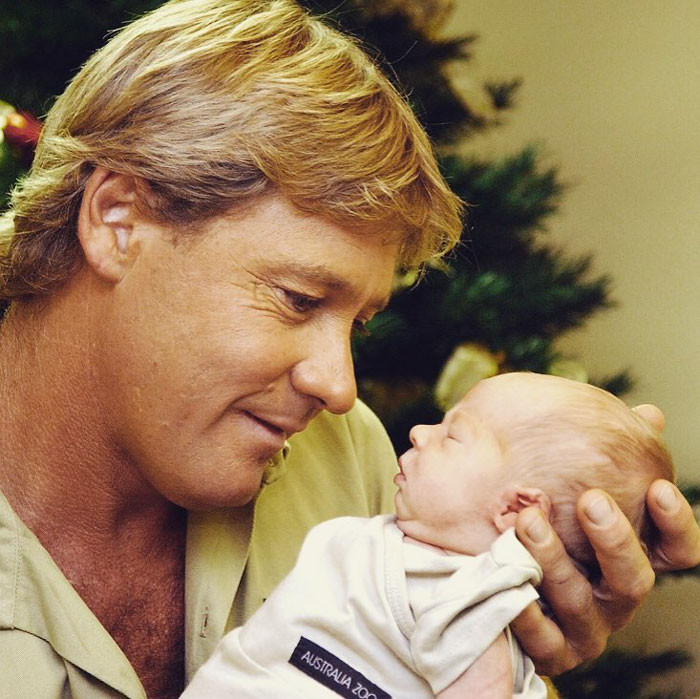 Though it has been over a decade since the stars death, his legacy is still strongly continuing through his family and the work of Australia Zoo 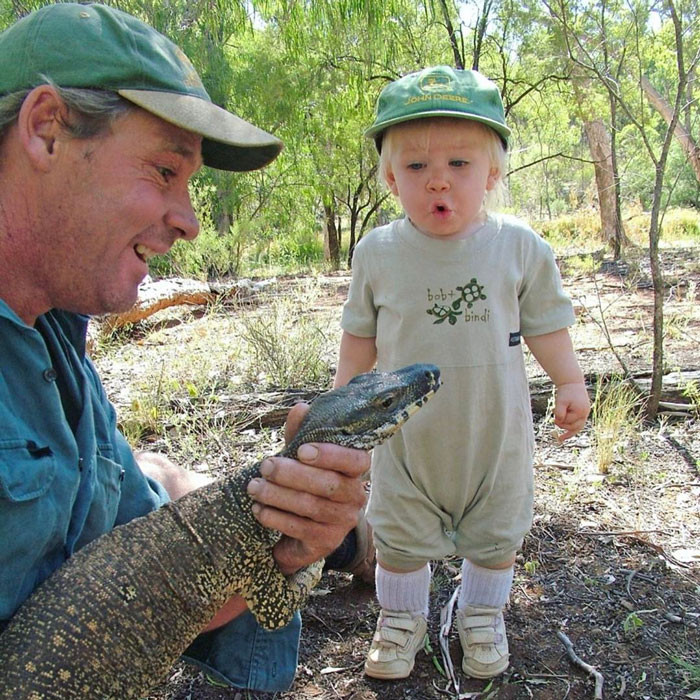 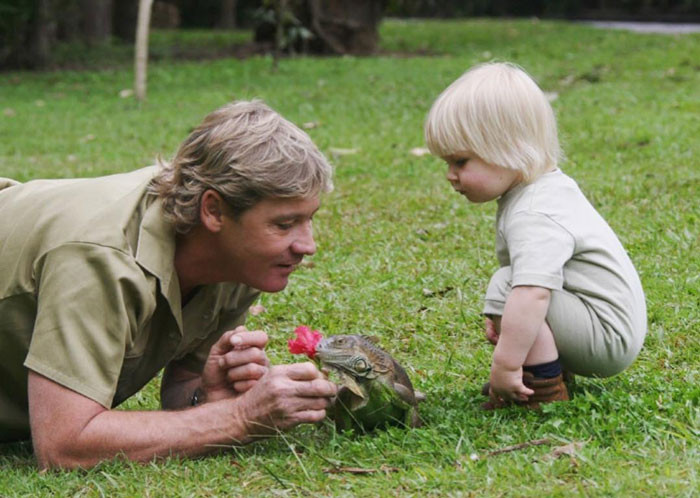 It's always been obvious that Steve's love for animals was only on par with one other thing: His love for his family 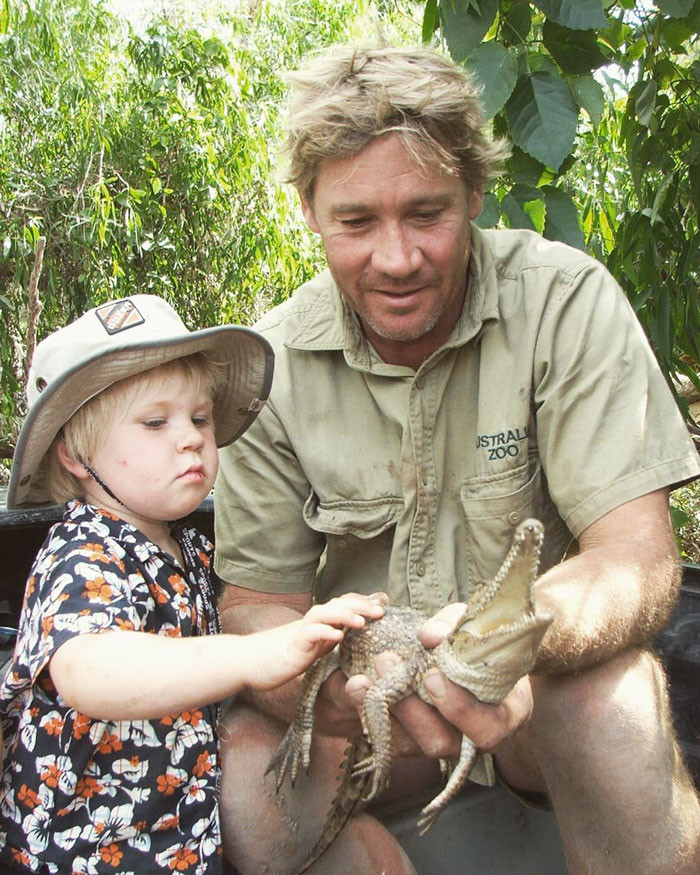 These sweet words are the closest thing Robert can get to a world-wide internet hug!

Make sure you visit the Australia Zoo website and learn all about their programs and how you can help save wildlife in your own way! 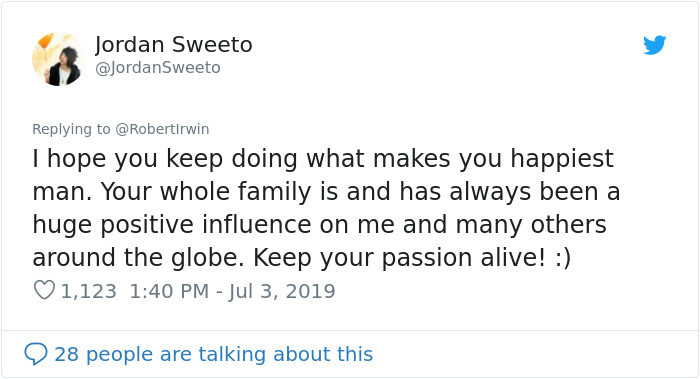 Australia, and the world, is blessed to have the Irwin's 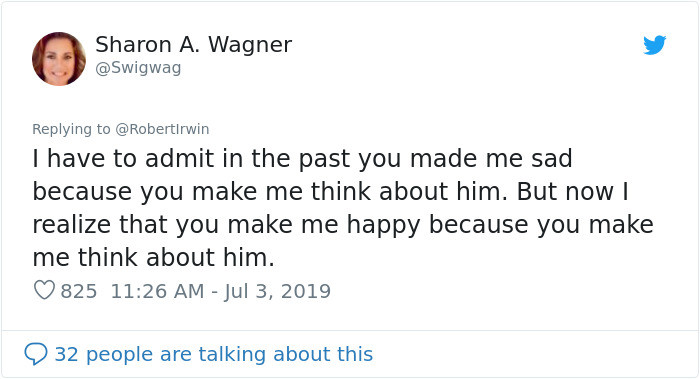 Yes. Yes he was. And that is why we love him.