Gender equality is a hot-button issue in 2020 that many workplaces, many television programs and many movie networks have been trying to pay attention. In reality, however, being a woman can be tough.

It's not enough that the gender pay-gap still very much exists. There's also the fact that over 90% of sexual assaults (in the USA, Australia, Canada, U.K and many other nations) are committed by men to women.

This is not only an unfortunate reality, it also is the catalyst for many changes in behaviour that women adopt in order to feel safe or to at least try and get home safely. Gayatri wanted to illustrate this to the world and in a now viral thread, she tweeted asking women to, "tell me you're a woman, without telling me you’re a woman."

Basically, describe something that will automatically make the reader realise you're a female. The answers are pretty upsetting, but similarly, if you're a woman, you'll likely relate to every single one.

Check them out below:

Way easier to respect an invisible man than a woman standing in front of you, I guess?

I DON'T THINK SO!

And the first person my kid asks for a snack, even if someone else is closer.

Ridiculous - but this happened to me, too.

Would they ask a man this? 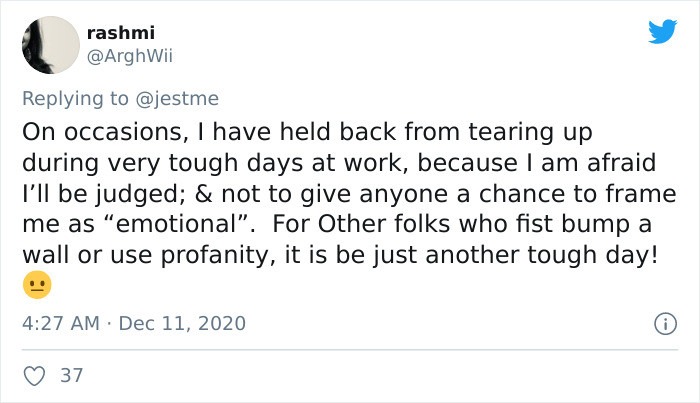 Purple is purple isn't it? 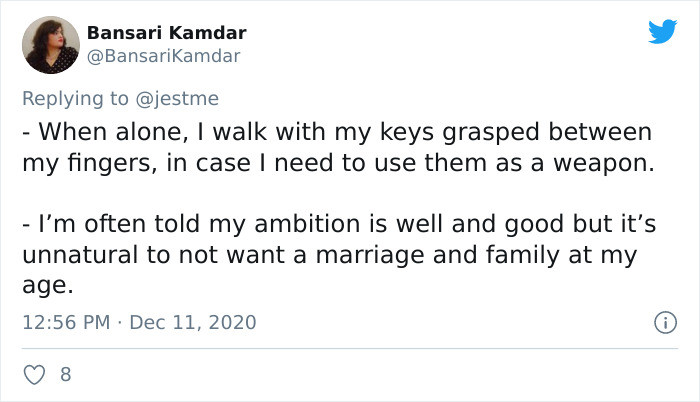 It's not like you could possibly watch the news!

STOP DOING IT! MAKE THEM MOVE OR RUN INTO YOU! 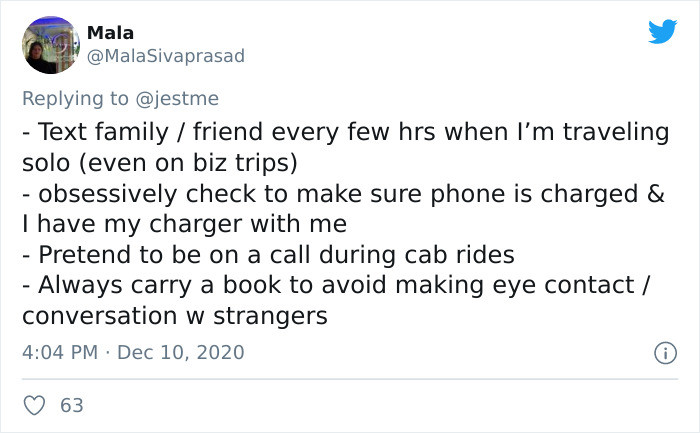 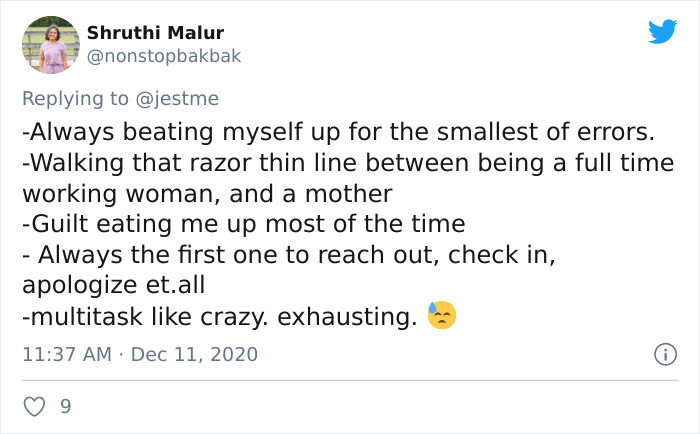