Losing your beloved pet is the worst thing that could happen to anyone, especially when they're not completely gone but there's really not much you could do to get them back. After Reddit user nexerxe moved away for college, bringing a cat on-campus was simply not an option so the only logical thing left to do was to leave her with their parents.

Nexerxe never expected that their parents would give her away without asking permission. Nexerxe's heart was completely shattered after losing their cat, so they immediately started attempting to find the cat and get it back.

Thanks to the internet, the search became a little bit easier and nexerxe started a GoFundMe campaign to raise enough money to pay for the re-adoption fees. Ten people ended up chipping in $240, and the broke college kid was finally able to reunite with their beloved kitty. 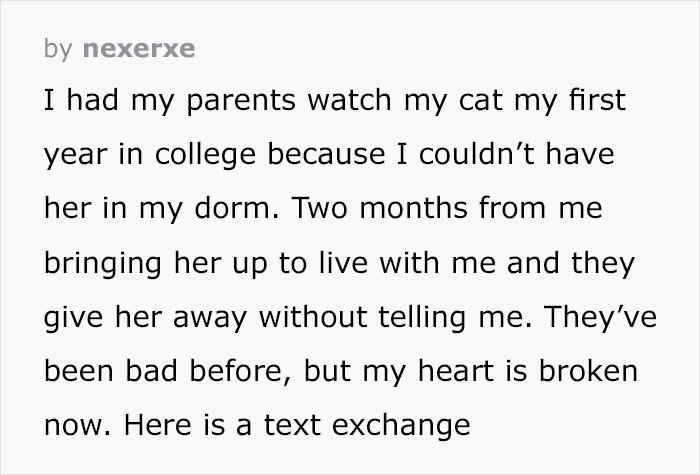 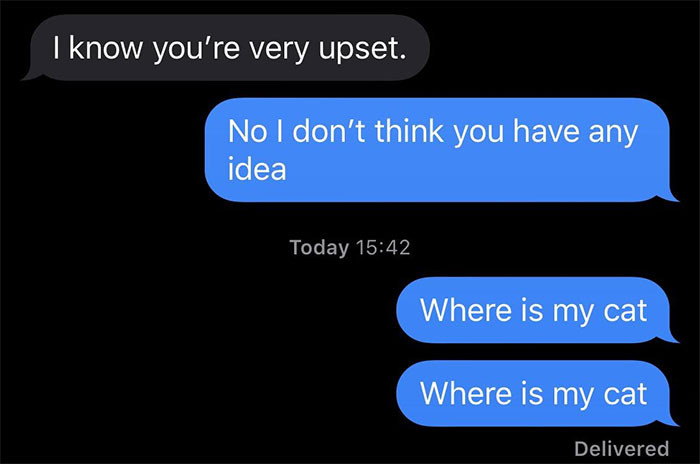 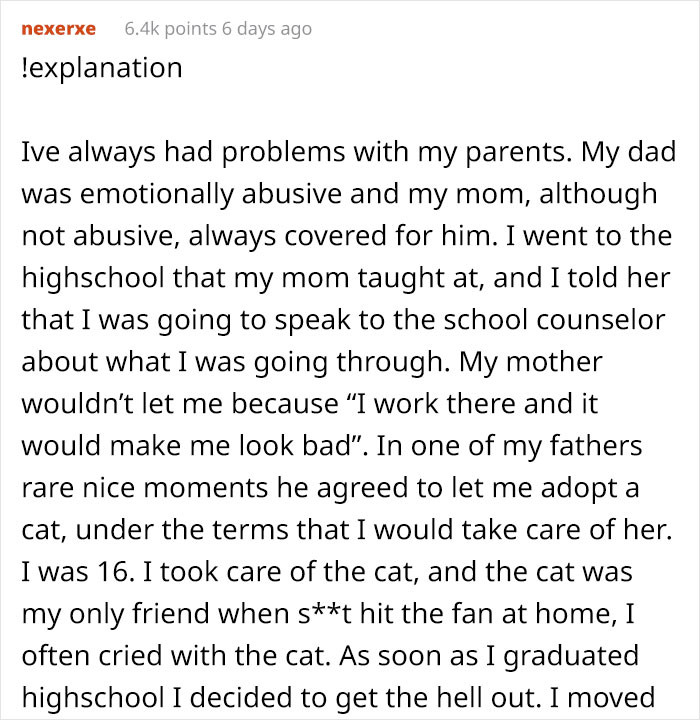 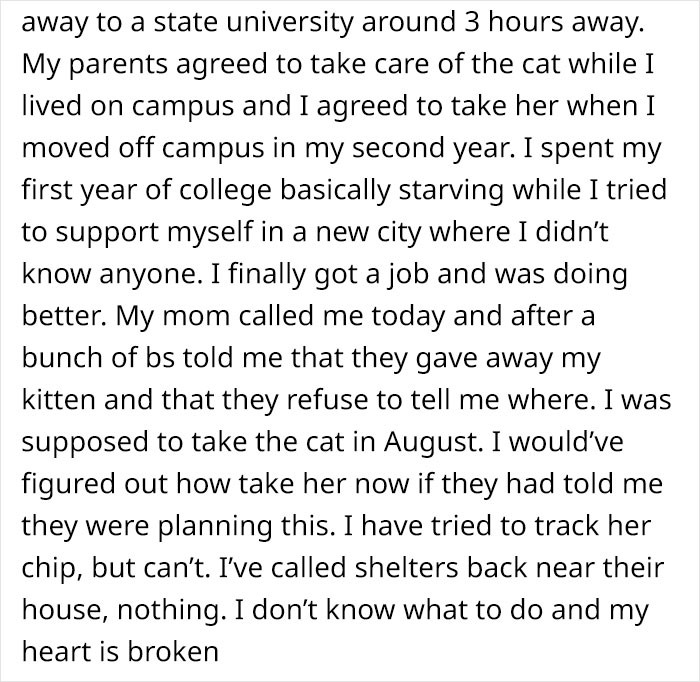 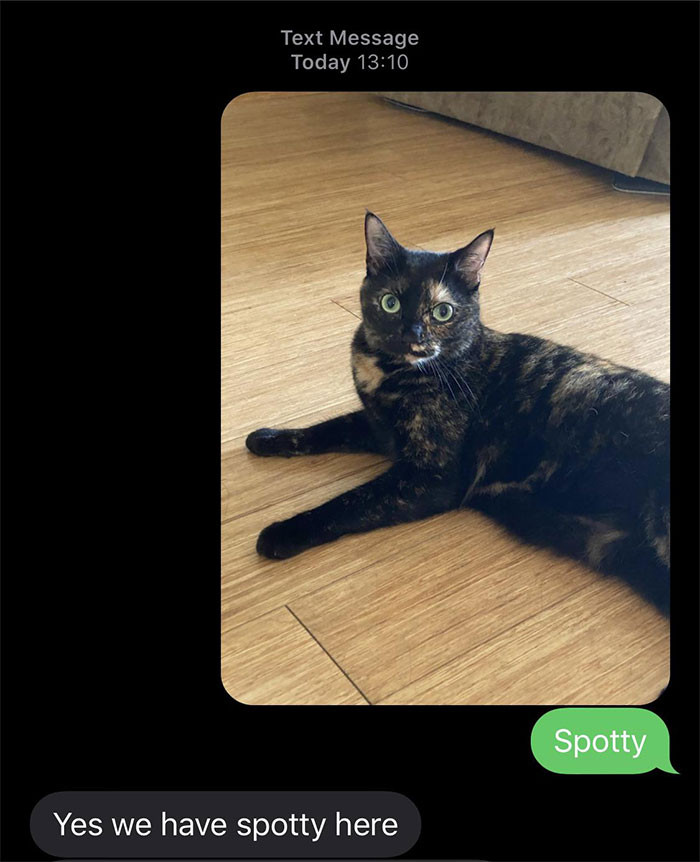 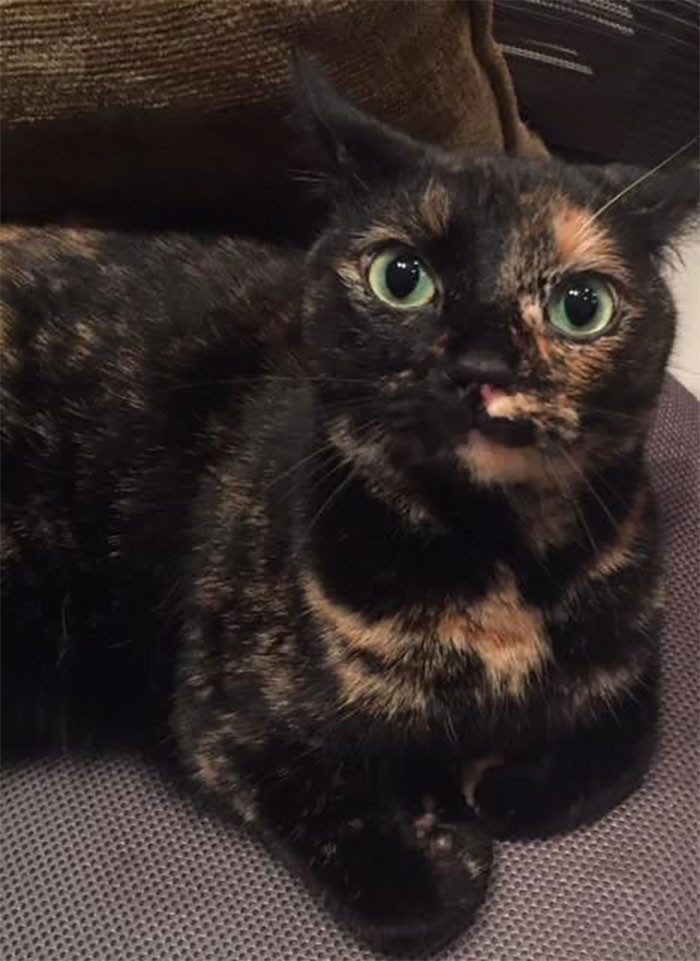 People on Reddit had a lot of different reactions nexerxe's story: 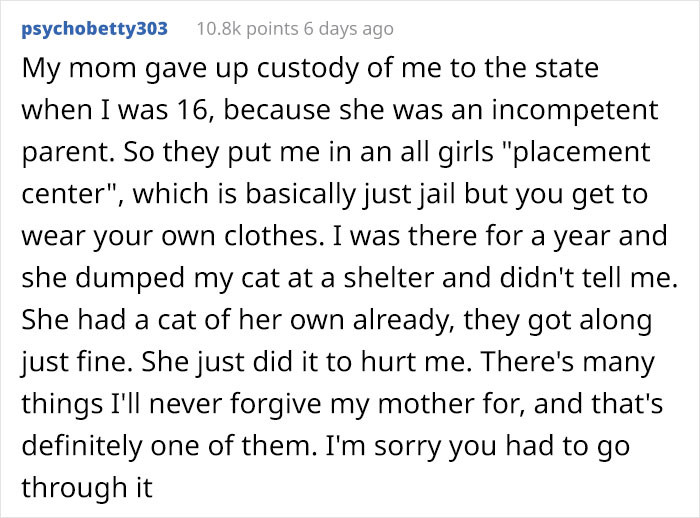 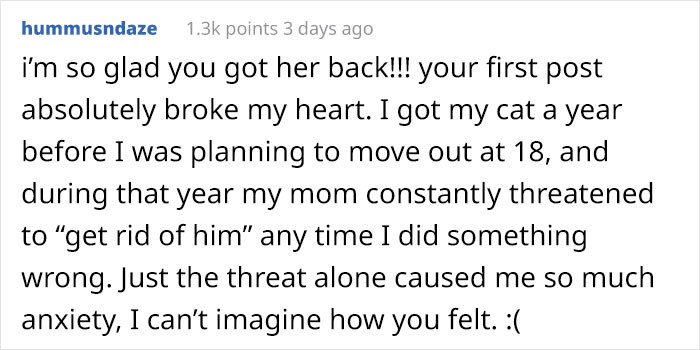