Tinder Saves Woman's Life After She Becomes Trapped On A Mountain

A young woman was able to use Tinder to find her true knight in shining armor earlier this week after she became trapped on an icy mountain road.

Lonia Haeger, a professional kite surfer, was on a road trip in Norway with two of her friends when freezing conditions caused the road they were on to become impassable. The friends were forced to park their van next to the edge of the road which led down to the ocean and "big rocks."

Lonia and her friends were petrified that their van would slide down the mountain, or if another vehicle were to come around the bend it may hit them. But they had no way of moving out of the way.

"Just after 30 minutes driving down of the North Cape, it started raining…the street iced up that we even couldn’t stay on one point!

We stopped in front of a mountain… next to the street [was] just ocean and big rocks and we stopped exactly behind a curve.

The moment you realize you're helpless against Mother Nature."

The group decided to try and find someone who could help them. The nearest mechanic was more than 200km away, and they had no friends or family nearby, so Lonia decided to try Tinder as a last resort.

Lonia didn't have an account, so the three friends set one up for her. They used a cute pic of Lonia and her dog for the profile in the hopes it would attract someone nice. 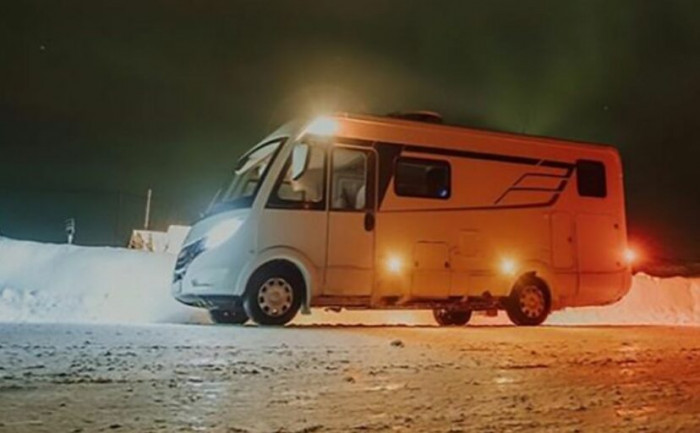 A screenshot of the conversation between the two shows Stian was quick to offer his assistance to the damsel in distress.

Amazingly, Stian was a construction worker who had access to a bulldozer. So, within minutes he was able to come up the mountain to Lonia's rescue. 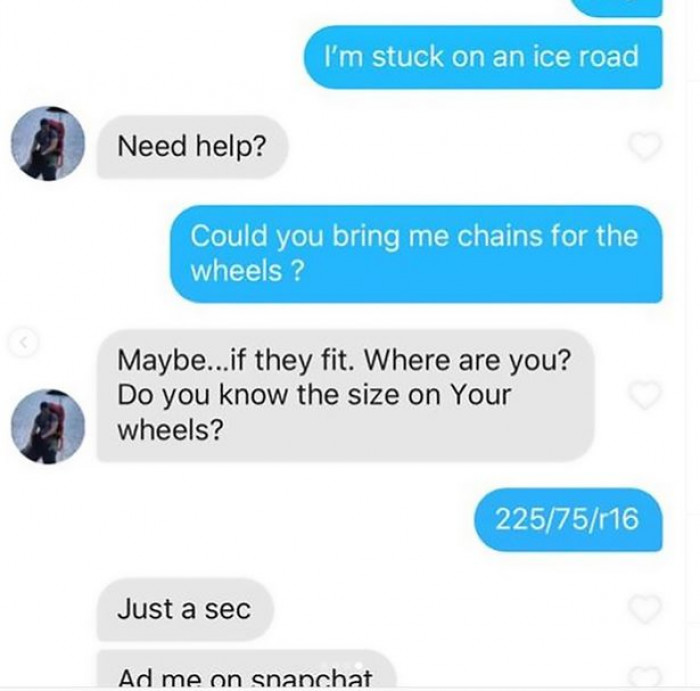 "Five minutes later he came up with his bulldozer and shaped lines in the ice.

We followed him to the next parking slot and the day after our hero organized tires with spikes!"

The picture to our Tinder rescue🚨 (Scroll down to my last post to get to know the story before) While sitting in our camper with the fear that every second the car could slide down the mountain or a car could crash into our camper due to the slippery road, Phil had the weird but actually genius idea to create a tinder account with me and this fluffy cutie 🐶 Literally 5 minutes later I had a match with @stianlauluten 🥳 Another 5 minutes later he came up with his Bulldozer and shaped lines in the ice ❄️ We followed him to the next parking slot and the day after our hero organized tires with spikes! (There wasn’t a mechanic closer than 200km) Now we can continue our road trip to the Lofoten🏔 Tusen takk for your help @stianlauluten 😍 . 📸 @flash_bros_ @kerkamm_campers @hymer @life.of.kurt #snow #norway #roadtrip #tinder @tinder #dog #husky

Thanks to Stian, Lonia and her friends were able to continue on with their trip safely. It may not have been traditional, but it certainly made for a unique first Tinder date! 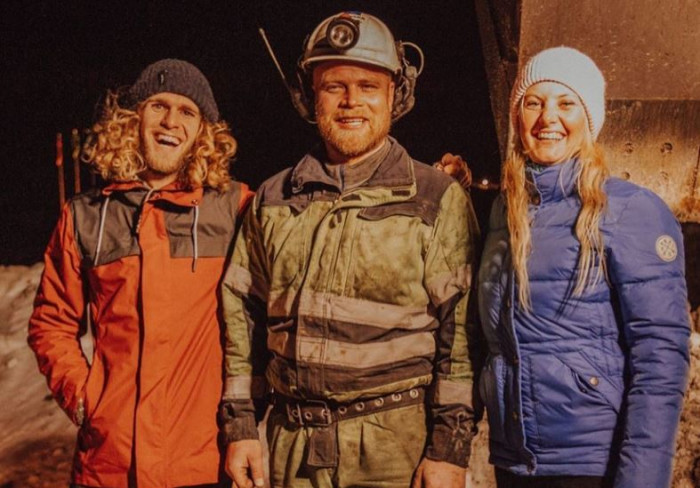