A woman shares her story about what her husband does just to keep himself away from the kids and his responsibilities to take care of them.

In another AITA (am I the a**hole) subreddit, the woman told the internet about what she has had to deal with, and was hoping she could get some advice. She also wants to justify whether turning off the wifi makes her the bad guy or not.

Let's face it, we all love to procrastinate. It's addicting. We all have priorities, but sometimes, we get too distracted by social media, trending videos, and games that we often neglect the more important things to do.

Unfortunately for this woman, her husband spends more than 25 minutes in the bathroom watching YouTube videos. And whenever he's not in the bathroom, he spends most of his time playing video games on his computer.

To get her husband moving, wife decides to turn the wifi off whenever he is in the bathroom. 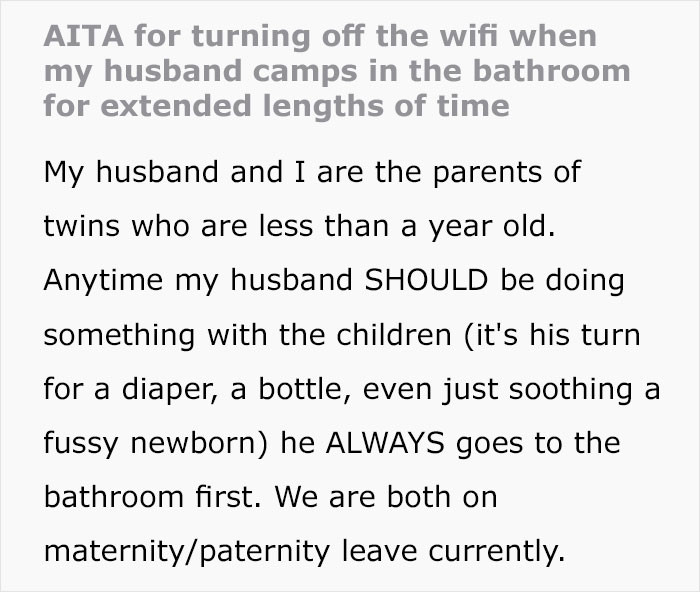 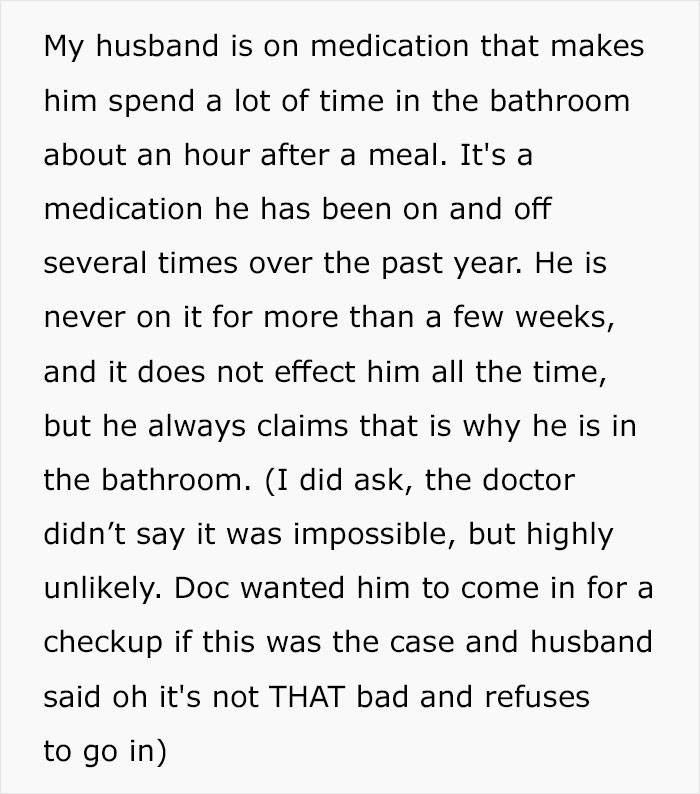 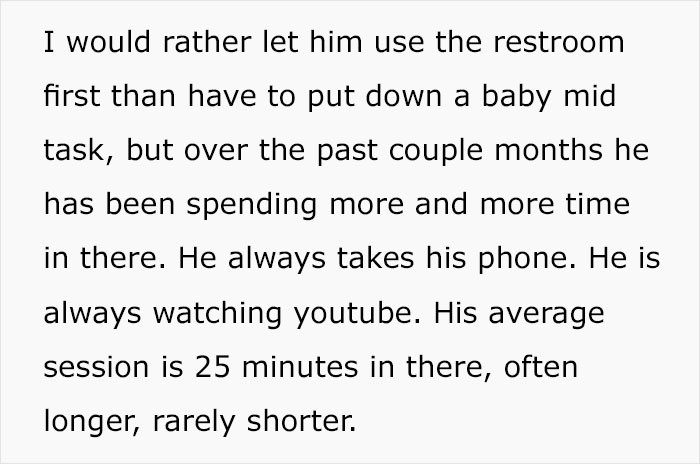 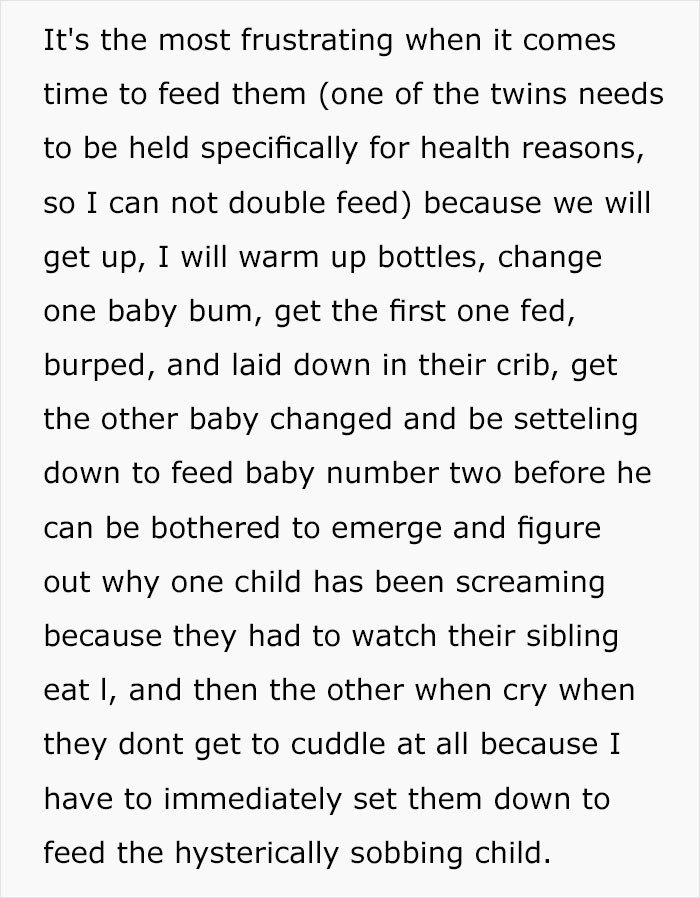 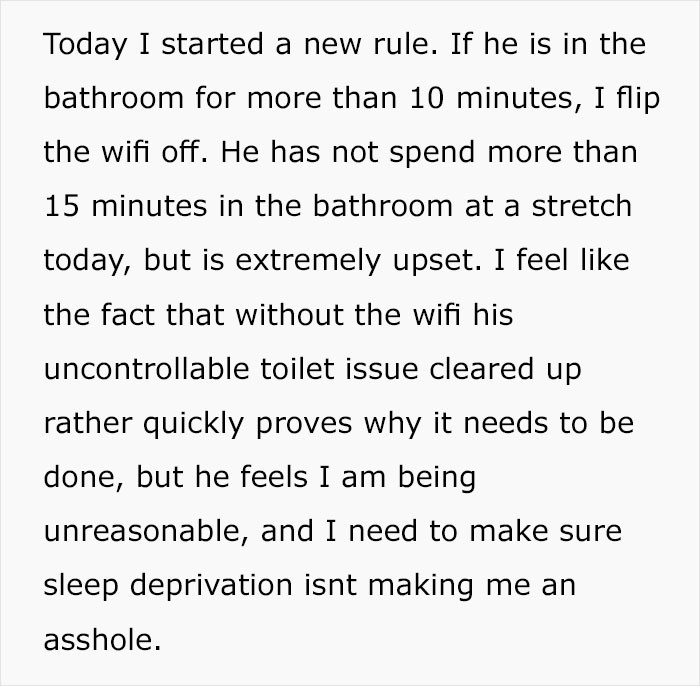 Many Redditors believe that what she did was just right as he was obviously avoiding his duties as a father. I guess we can't judge him for playing video games (it might too good to resist), but it's clear that he doesn't set his priorities very well.

While others may think the wife is crazy for turning the wifi off, she actually helps improve the health of her husband without him knowing.

First, I know thousands of people bring their phones to the bathroom (myself included). However, according to a study, you are actually inviting microbes, bacteria, and other nasty things to your phone when you bring it with you in the toilet.

Second, according to Healthline, sitting for longer periods can actually increase your risk of getting hemorrhoids.

So, while the husband can be mad for not having a wifi connection while he's in the bathroom, he should be thanking his wife more because she's helping him improve his health.

You'll be the judge. 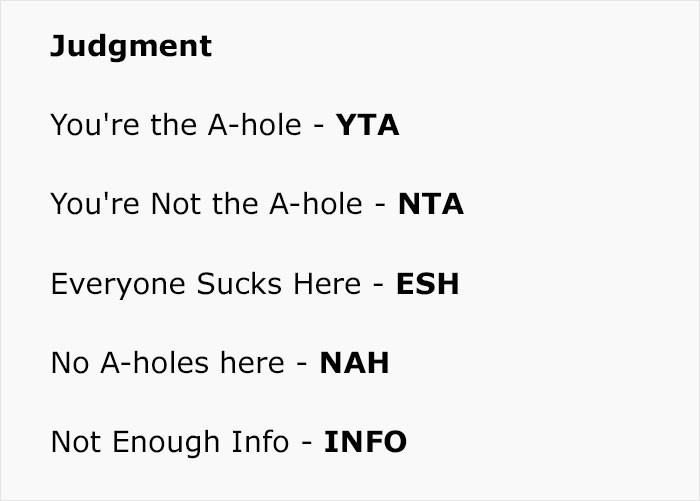 Here are what others had to say about the woman's story

I'm getting angry, too.

It won't hurt to try talking to him again

They don't always appear to be useless at first tho

Parenting is a hard work. 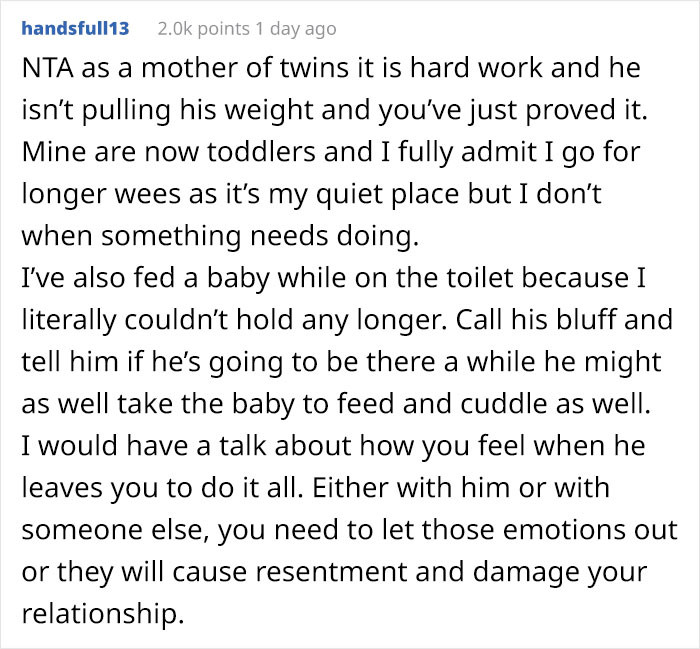 I somehow agree to this. Communication is always key

Both should sit down and talk. 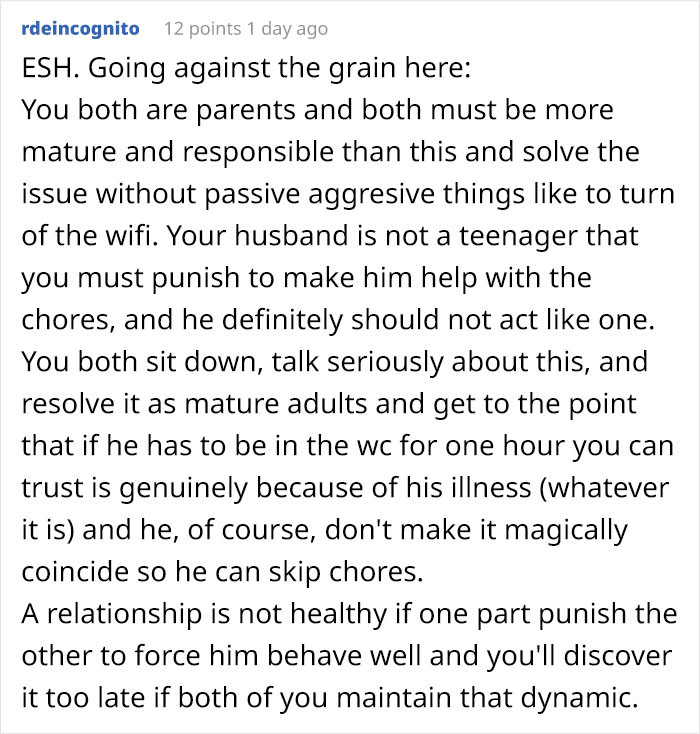 This Redditor begs to differ. (This could be her husband tho. Haha!)

"He needs to grow up"