Professor Suspended For Making A Racist Fueled Request, Asking A Student To Anglicize Her Name Because “It Sounds Like An Insult In English”

It can be quite challenging when you have a name that Is difficult to pronounce in English, and you are in contact with English native speakers. You are up for quite a lot of mispronunciations, nicknames, and even intentional ridicules.

Phuc Bui Diem Nguyen, a Vietnamese student, taking classes at Laney College in Oakland, California, believes she became a victim of discrimination when one of the professors asked her to “Anglicize” her name. Her mathematics professor, Matthew Hubbard, thought it sounded like an insult in English.

After the student’s sister posted their email exchange online, it quickly became viral and resulted in the professor’s suspension. 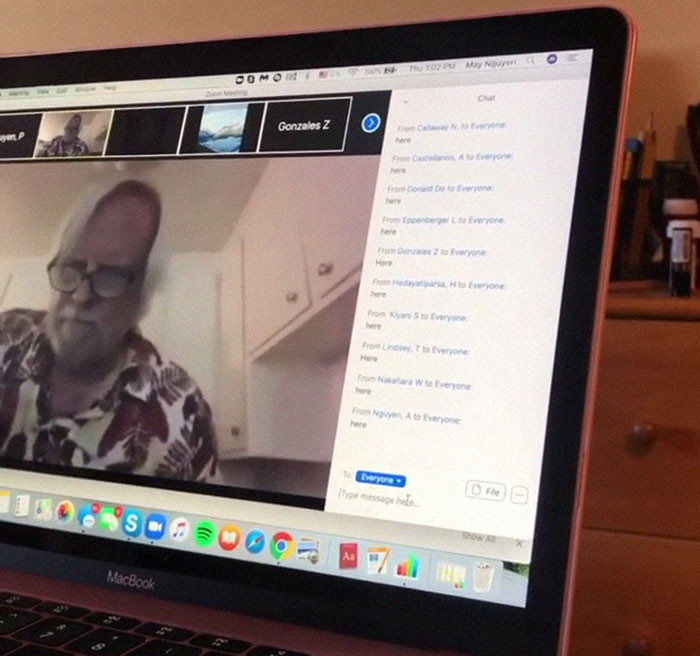 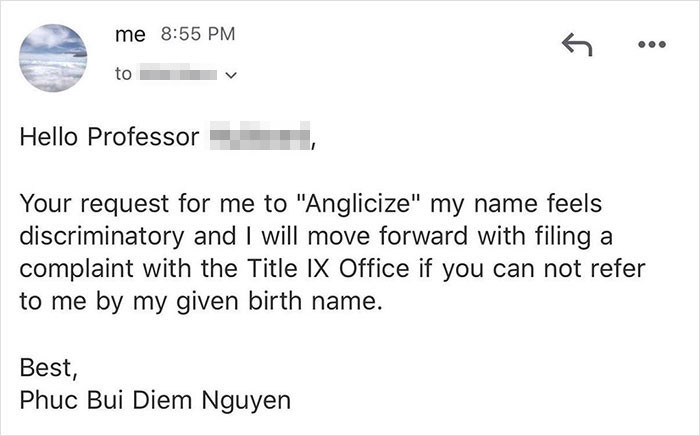 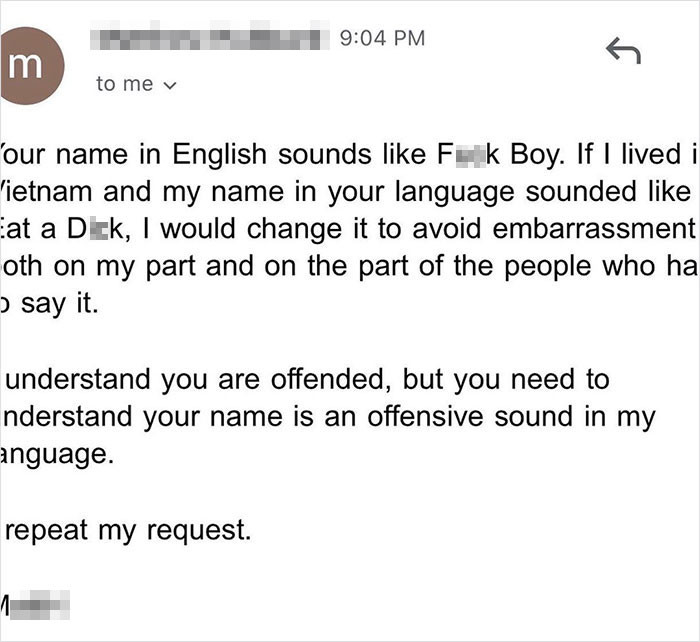 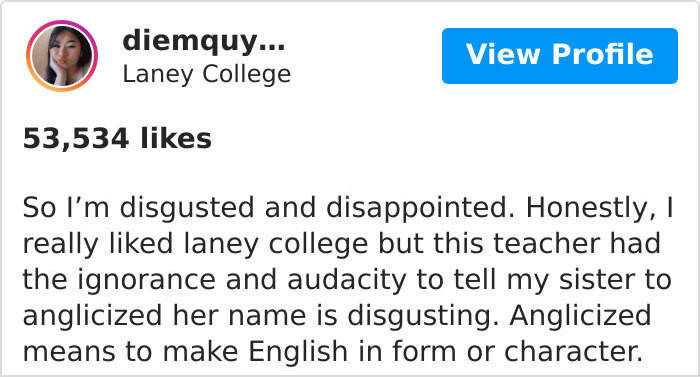 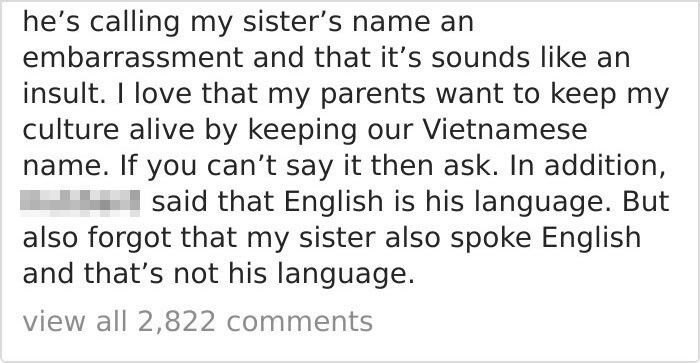 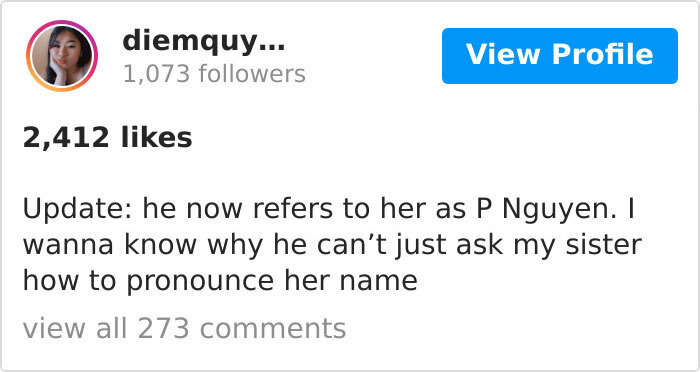 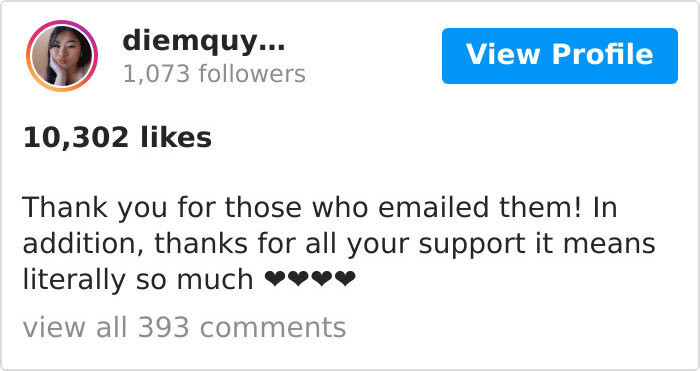 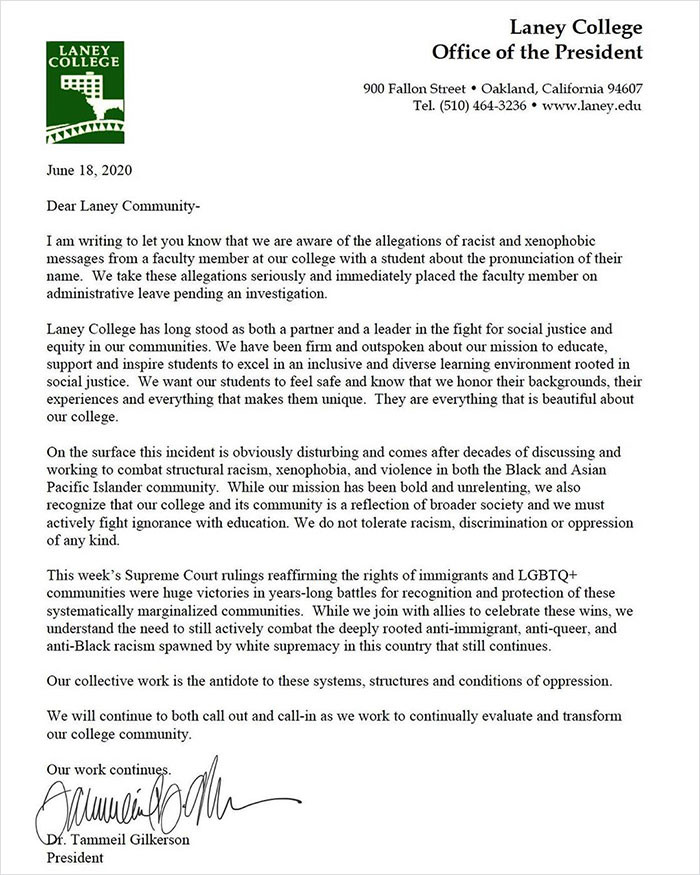 The correspondence between Hubbard and Phuc Bui started on Wednesday, June 17. Phuc Bui informed her mathematics professor that she would file an official complaint with the community college if he could not call her by her actual name.

President of Laney College, Tammeil Gilkerson, described the incident as “disturbing” in a press release from Thursday. She also stated that the professor was put on administrative leave while an inquiry is being conducted.

“While our mission has been bold and unrelenting, we also recognize that our college and its community are a reflection of broader society, and we must actively fight ignorance with education. We do not tolerate racism, discrimination, or oppression of any kind,” Gilkerson stated.

Laney College has a substantial Asian student population. Out of 16K students, 29 percent are of Asian descent.Phuc Bui told the reporters that she used to go by her nickname—May. Still, she got tired of it and wanted to use her real name, which translates as “happiness blessing.”

The professor apologized on Saturday

He stated to The New York Times that sending out those emails was a blunder and said that there were two people in his virtual trigonometry class with the last name Nguyen. Since the other student with the same surname modified their online name, Hubbard said that he felt Phuc Bui wouldn’t object to do the same.

“The first email was a mistake, and I made it thinking about another student willing to Anglicize. But it’s a big difference with someone doing it voluntarily and asking someone to do it. The second email is very offensive, and if I had waited eight hours, I would’ve written something very different,” he stated.

And what do people have to say about this incident? 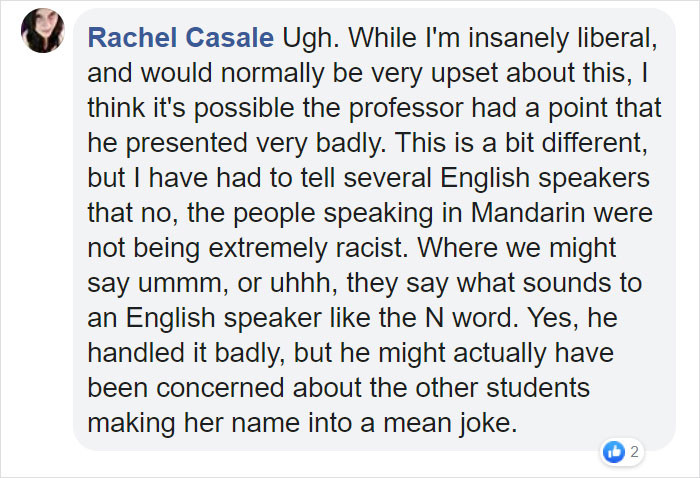