Trying to plan a wedding in the middle of a worldwide epidemic is no walk in the park. Most people are postponing their special day, hoping that a post-Coronapocalypse world will be more appropriate, but some others don't have the patience to wait for something that doesn't seem like it would ever end.

A wedding invitation has been making circles on Twitter due to its highly unusual content. The picture was posted by New Yorker Marie von Aue and it started a heated discussion amongst the Twitter community.

The bride and groom decided to divide their guests into 3 groups, based on the nature of their relationship with them. 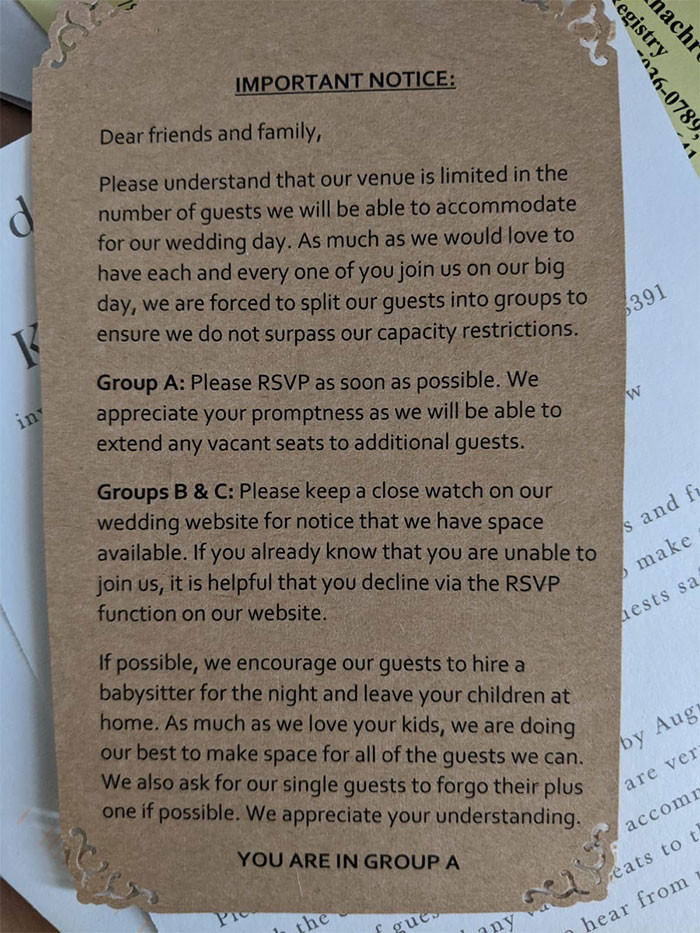 Anna from The Celebrant Society told bored Panda that people are trying to make the best of the current situation, we're living in exceptional times and they're trying their best to involve their family, friends, and other loved ones in such events.

“Guests should really try to understand that couples are trying their hardest to follow guidelines, recommendations, and instructions from their venues and vendors while also trying to celebrate their union. It’s a time for everyone to try their hardest to be understanding, compassionate, and flexible.”

According to Anna, the wedding industry is currently struggling a lot.

“Vendors have seen booked out calendars dissolve into full lists of cancellations for months ahead. There’s no endpoint right now and we’re just trying to stay afloat until life gets back to some semblance of normal.”

People had a lot of different opinions about this, some of them were absolutely appalled by it, but some others found it completely normal: 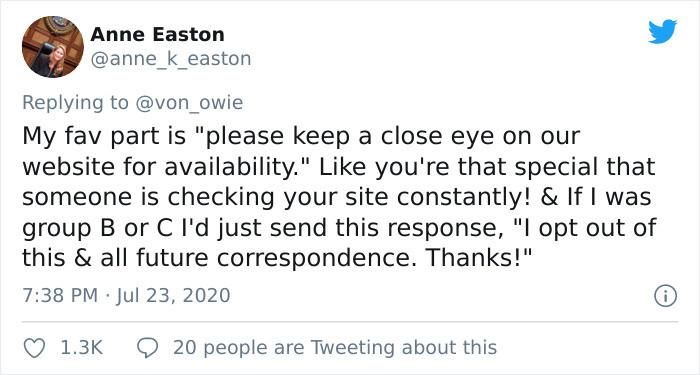 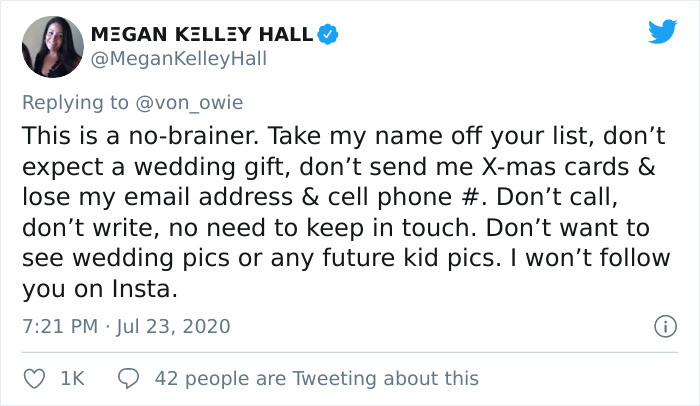 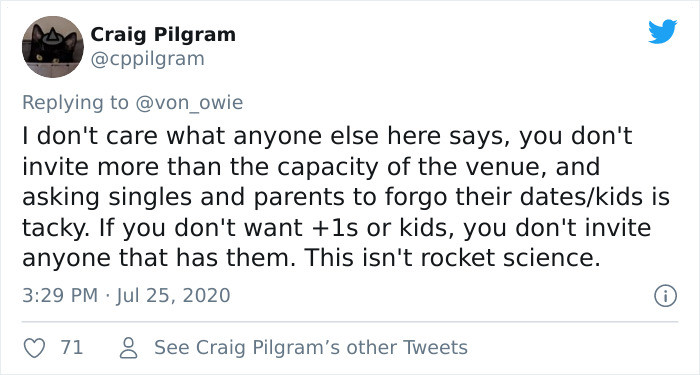 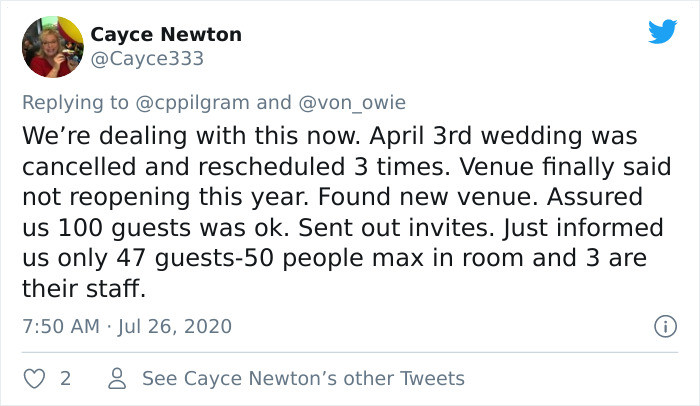 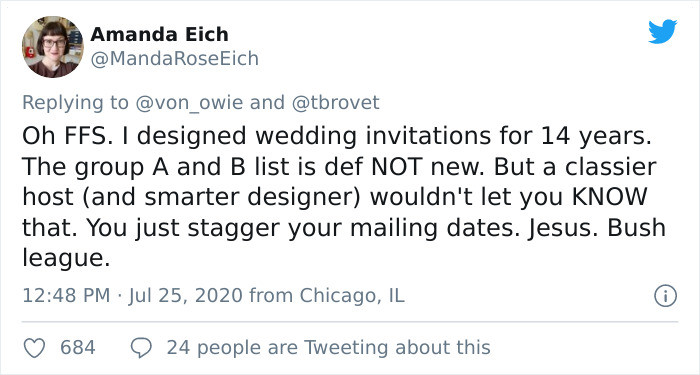 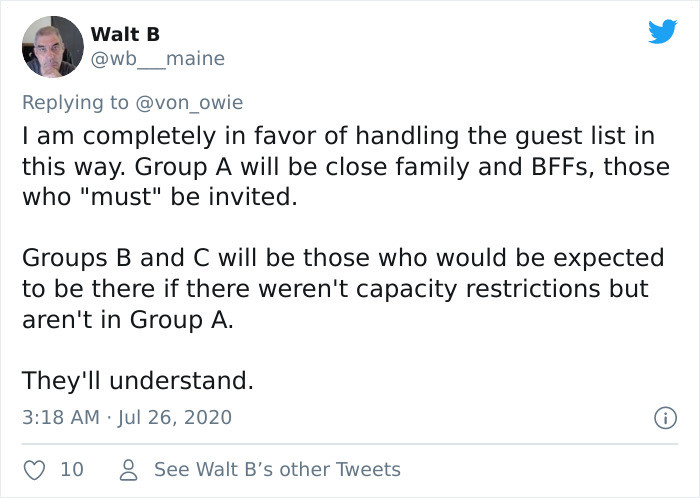 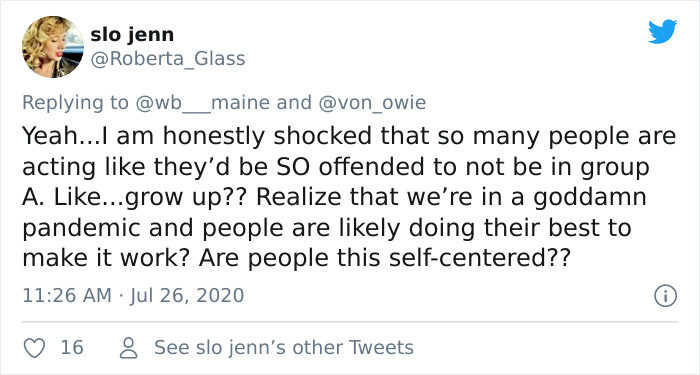 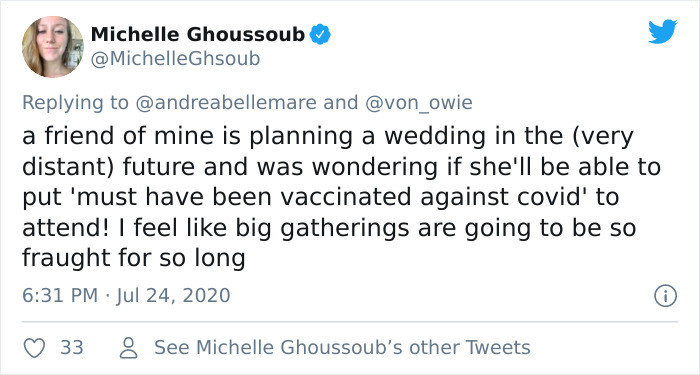 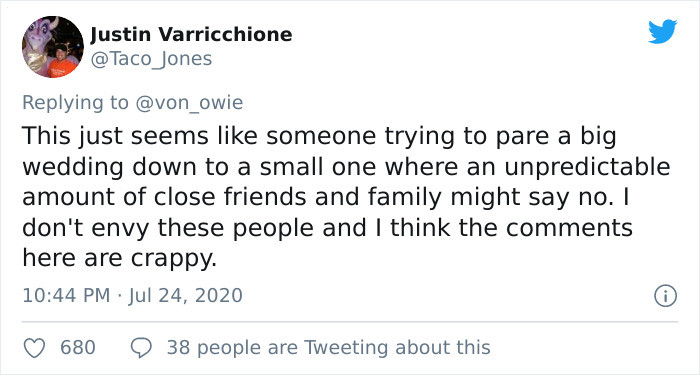 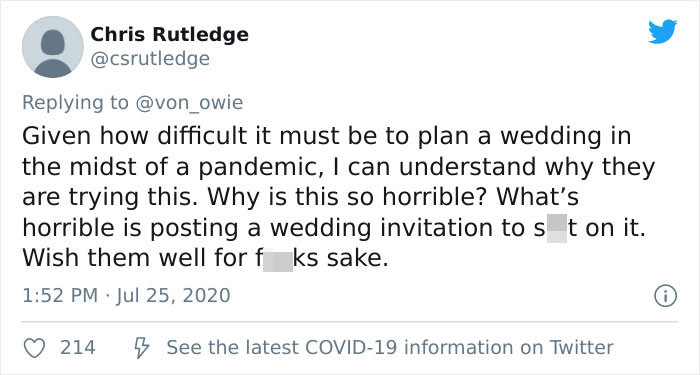 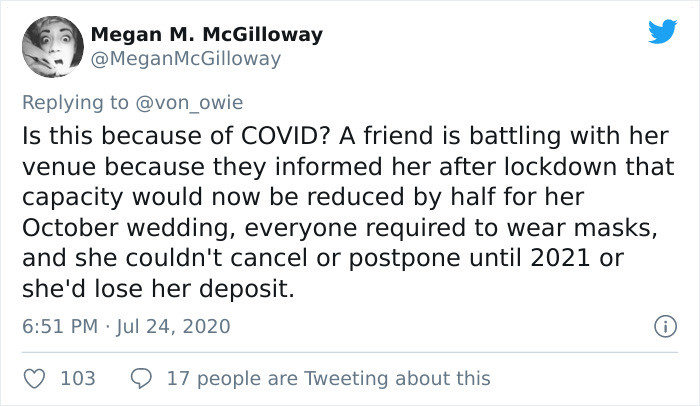 Making any kind of decision about your wedding often ends up getting a lot of criticism by the people who are involved, which is why wedding planning can be a real hassle. People will even argue aggressively about a stranger's decision that has absolutely nothing to do with them, and the replies above are the best proof of this.

Nevertheless, it's true that getting married during this pandemic is not the best idea. A lot of restrictions will have to be applied, which will absolutely kill the fun for everyone. Each country has its own rules, while some countries banned weddings entirely, some others decided to implement a couple of strict rules by restricting the number of guests that are allowed.

Adding all of that hassle to your wedding planning will only unnecessarily complicate things, so it's no wonder that the Tweet below seemed so ridiculous to people.