In a world where women have elevated their social rights and stations in society alongside men, many men think it's time to send crack some jokes at the expense of women. Jokes are made for fun, but sometimes they make women uncomfortable.

But how about the men making jokes about their wives in front of their wives? There are times when women get annoyed by their husbands' behavior because they are cracking some inappropriate jokes that will make them angry, especially in the presence of other people.

These kinds of jokes might put other people in an uncomfortable position, especially in a public place or family gathering where many people are around to have fun. Only silly men pass jokes at the expense of their wives in front of everyone because they know it will make other women angry.

Do not think that your wife is too weak to hear jokes from you. Just give her a little bit of respect and make a joke that doesn't make her or the people around her uncomfortable.

One such husband tried to joke about his wife during a thanksgiving dinner at inlaws home in front of all the family members but what comes next is surprising. His wife didn't like that objectifying joke and gave a very witty reply and shut him down.

It is good to see that the wife didn't support the husband; instead, she refused to entertain the joke and maintained her dignity and respect in front of all their family members. However, it upset the husband and screwed the dinner... but kudos for standing up for herself!

Being a nurse comes with a lot of responsibility, especially when you have 3 kids of your own.

It is a typical Thanksgiving dinner where the men have fun while women roll their eyes over their talks. 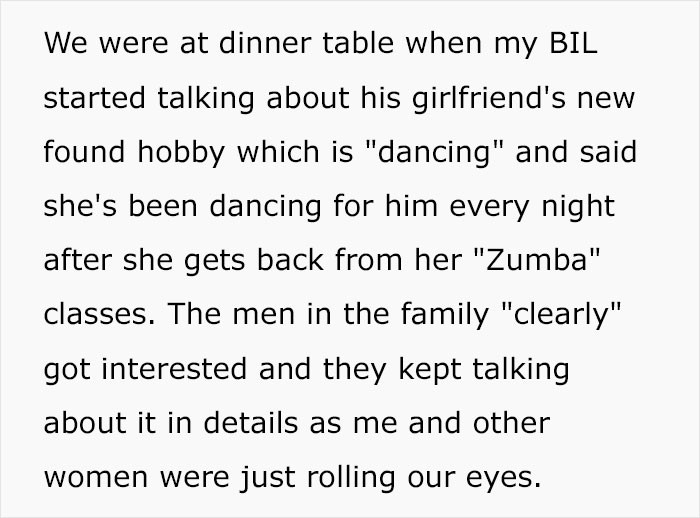 First of all, that comparison is invalid, where one is a working woman with 3 kids, and the other just peruses her hobbies. 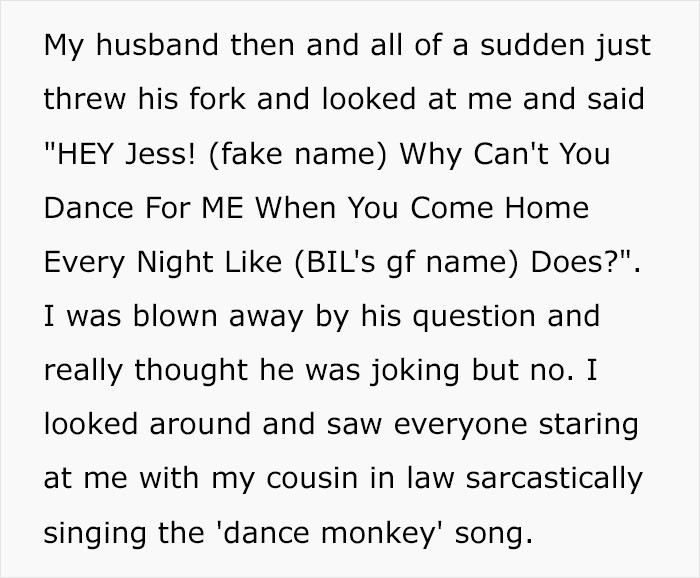 She clearly justified her answer with valid points, but she also blamed herself for not being a "good" wife. 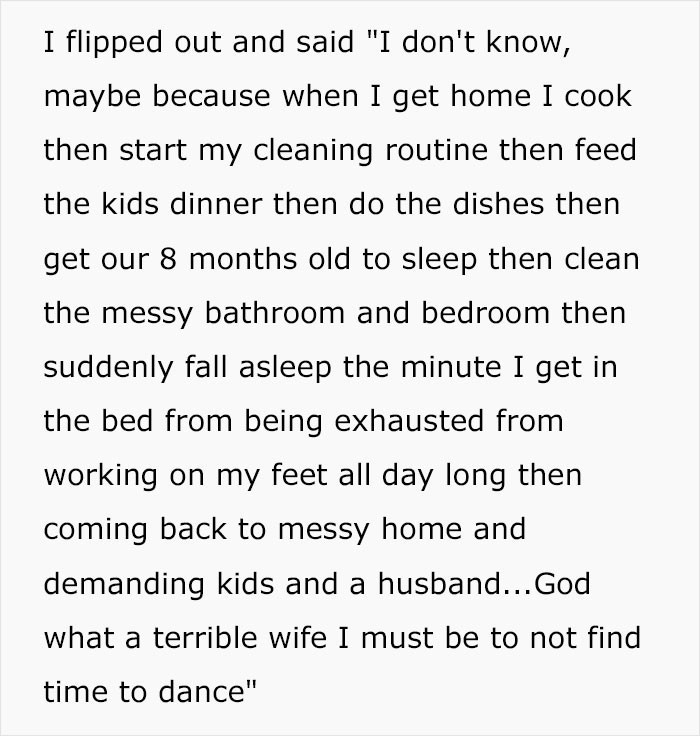 The husband asked for it and got it right in his face. He clearly deserved that answer. 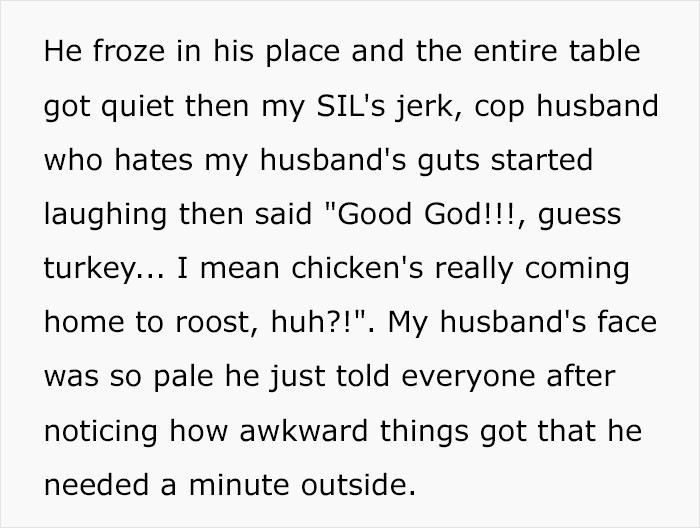 He was the one who put himself in an awkward position. Who objectifies their wife in front of the whole family? 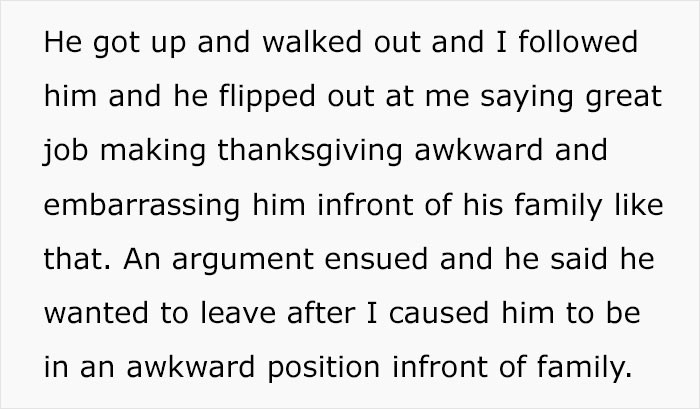 Darling, there is nothing to be guilty about when all you did was stand up for yourself! 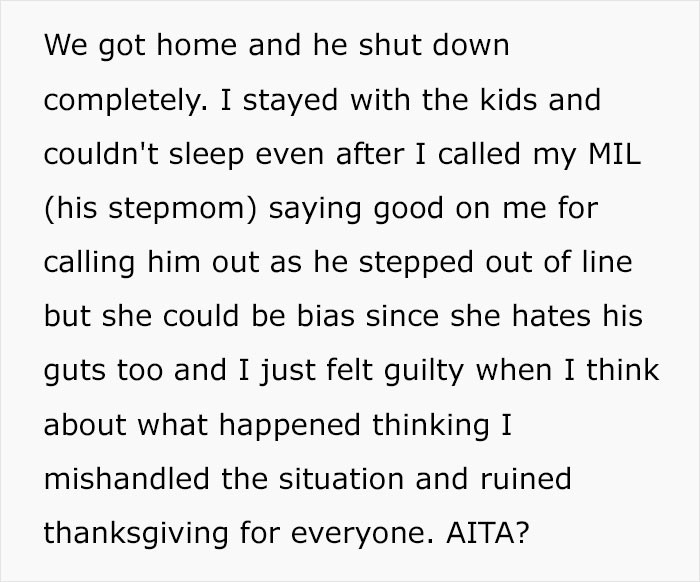 I guess all of us would surely agree with this user.

If the answer was anything but this, it would have made you the submissive one in the relationship. 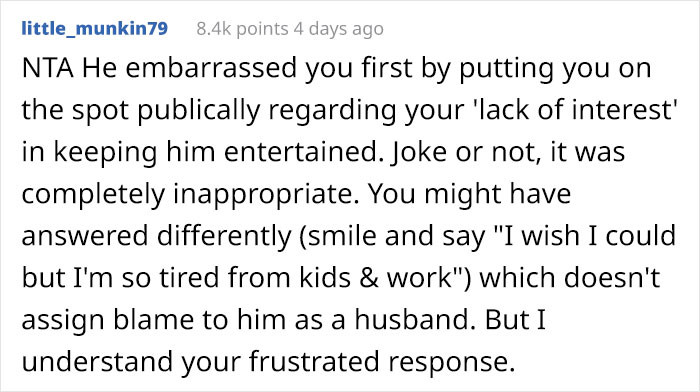 Now that is a valid point to think about; maybe all the hate he attracts arises from his behavior.

He tried to embarrass his wife, who literally took care of the whole house, and got embarrassed instead. 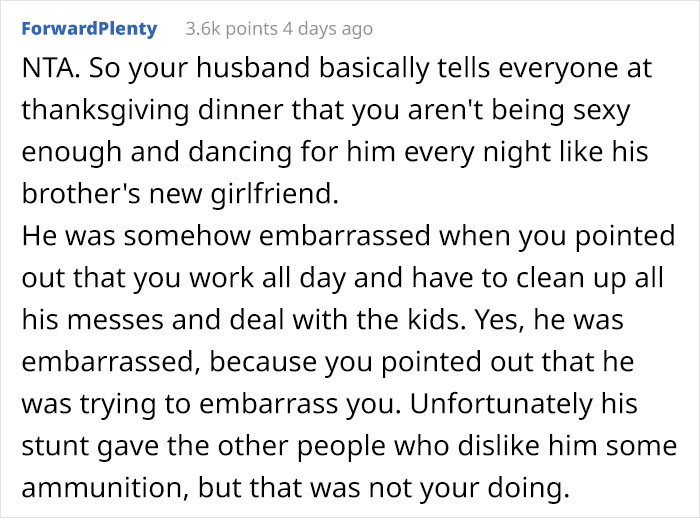 Everyone is different and does their best to keep their loved ones happy.

Umm, provided that he pays way too well for the terrible dancer I am, I'm in to entertain him too!

A good counter-question would have been, "Hey husband, why don't you dance for me every night like the BIL's girlfriend?"

He just wanted to act as the dominant one but got embarrassed when he got a no as an answer.

This incident would ensure that the husband does not repeat such mean and illogical behavior.

I expected someone from the family to stand up for the wife and ask the husband the very same question.

Men must stop passing inappropriate jokes in front of everyone, especially if it's at the expense of their own wives. They also must understand that just because someone is laughing with you doesn't mean they enjoy your company.

Share this story with your friends and family and educate them about not making an objective joke about their partner. Tell them to be good husbands and fathers and behave appropriately and with love with their partners.