Seeing exotic wildlife around her home is nothing unusual for Dora Wei since her house is located in the Hill Country of Sri Lanka. But a newborn wild boar at her doorstep really took her by surprise.

“My gardener found her near my house in the early morning,” Wei says. “She was only a few hours old. She had been separated from her mom and was looking very cold.”

Wei and her boyfriend knew that a baby animal without its mom around had no chances of surviving, so they decided to help. They made a sleeping area for the little piglet and kept her warm using hot water bottles. 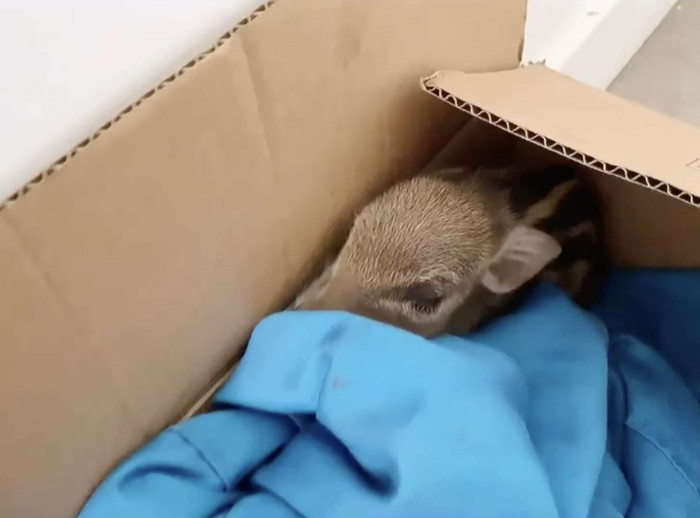 “I asked around about how to take care of wild boars, and everyone said it’s not easy if they are this young and that they always die without the mother, but we were determined to keep her,” Wei says.

“We read online that she would need to be fed every hour, so my boyfriend and I took turns sleeping in the living room with her for almost the first four weeks, feeding her every hour when she woke up and started crying.”

“It was really like taking care of a baby for us,” Wei added. 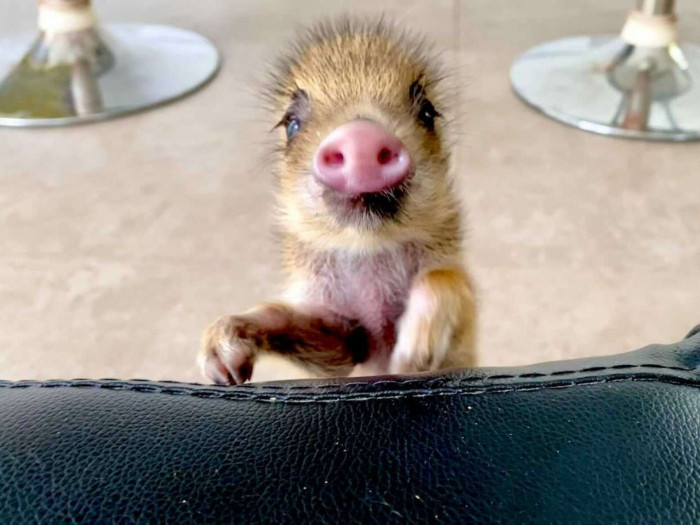 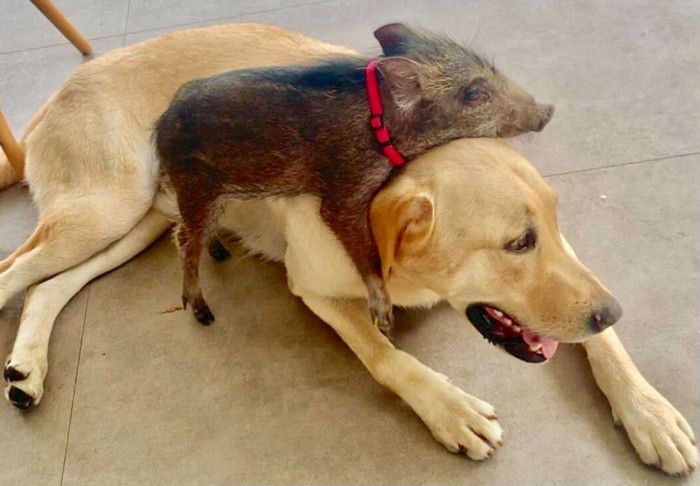 The little boar was named Yezhu and introduced to the family dogs. Wei worried that the piglet wouldn’t fit in with the rest of the animals, but Yezhu was determined to not let that happen.

“She’s really nice to all the dogs even though they do bark at her when she tries to steal their food,” Wei added. “She really thinks she is one of them.”

Taking a nap together... 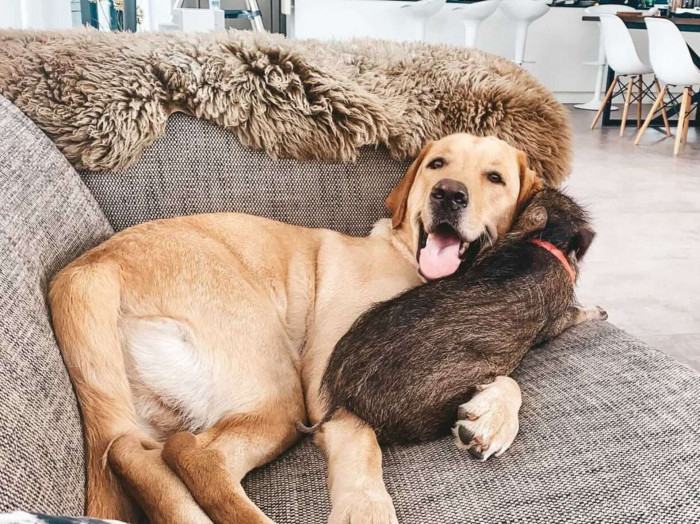 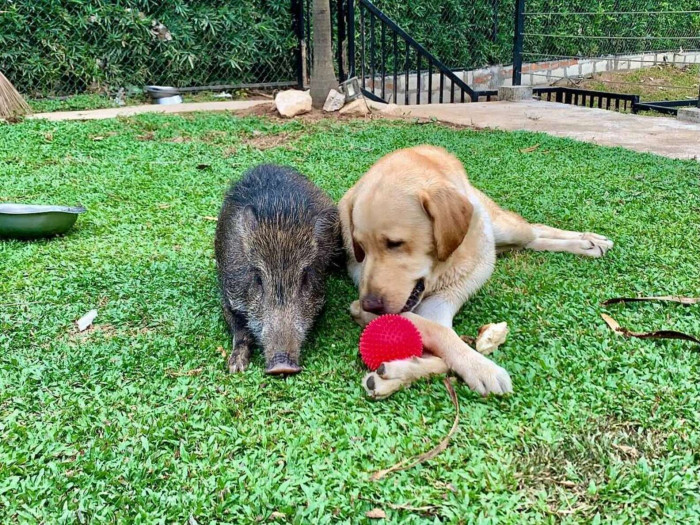 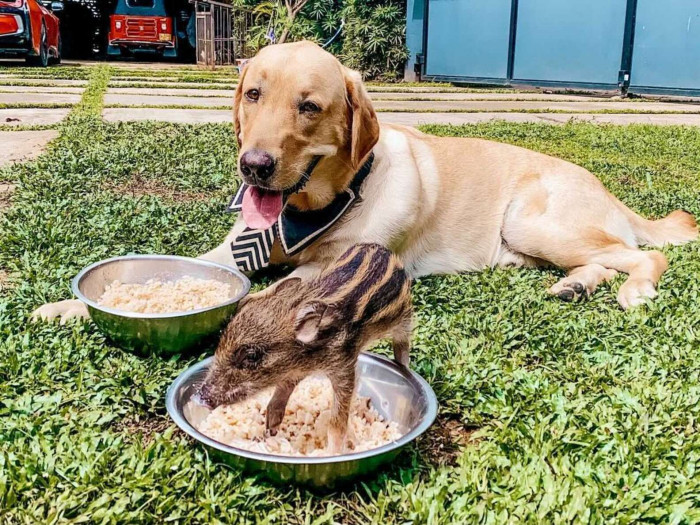 In general, wild boars don’t have the best vision, and Yezhu was even more handicapper because he didn’t have any vision in one eye. That meant that the piglet couldn’t be sent to live in the wild on its own. So, Wei and her boyfriend built a house for the animal and even a little pool for it to cool off during the summer heat. 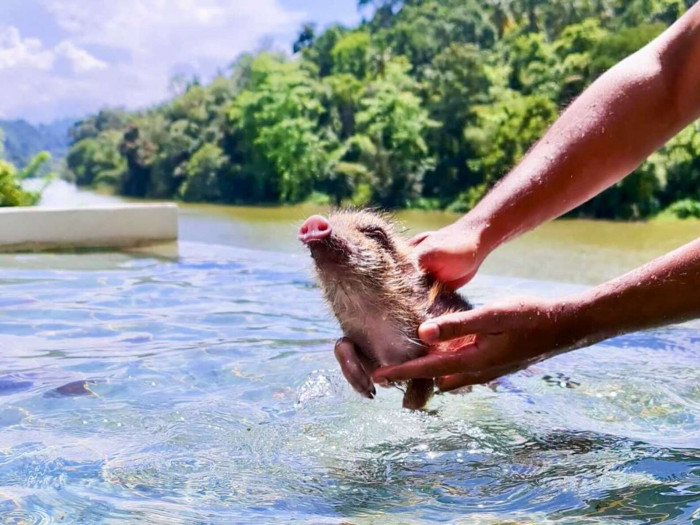 “Her favorite thing to do would be digging up the garden and dipping in her own little pool,” Wei said. “And she loves getting belly rubs while she sleeps.” 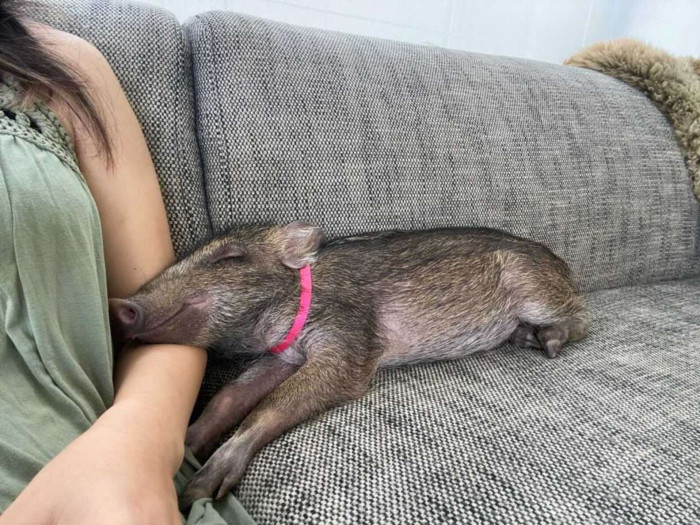 Yezhu brought much joy to her parents, and they are happy to have her.

"It was during a really hard and depressing time with the lockdown situation in the whole country when we found her," Wei said. "She really did make us closer, and our life is more positive when we're taking care of her and seeing her grow up."