Writer A.R. Moxon has recently invited all men to take part in an interesting empathy exercise. He presented women’s encounters with violent behavior and sexual assault in a way that most men could relate..."getting kicked in the nuts."

"Speaking on the societally-macro level, empathy has been largely a one-way street when it comes to gender roles and dynamics," Moxon says “In my experience, women are empathetic toward men, while men tend not to be particularly empathetic toward women."

"Put another way, women have to think about what men are feeling as a matter of survival. Men aren’t in a similar situation, and so, if they don’t want to, they don’t. And, by and large, we don’t want to."

"When women tell their stories of living with danger and vulnerability in abusive relationships and of survival from assault, our first instinct appears to be to protect ourselves from personal culpability and accountability; we certainly saw that dynamic play out as the Kavanaugh story developed."

Moxon admits that his analogy s not perfect, and he has received a lot of feedback since he shared it. Positive and negative."

“I chose nut-kicking because there isn’t a man alive that doesn’t understand exactly what a nut-shot is, and, with very few exceptions, none who would ever want it or seek it out or go out ‘asking’ for it,” he clarified.

“Most importantly, no man confuses getting kicked in the nuts with sex. It’s very clearly violence, even though it involves sex organs."

"The idea of growing up in a society where getting hoofed in the balls is normalized behavior, systematically if tacitly allowed by a complicit society, and frequently confused with a pleasurable activity like sex, would rightfully be horrifying to any guy.” 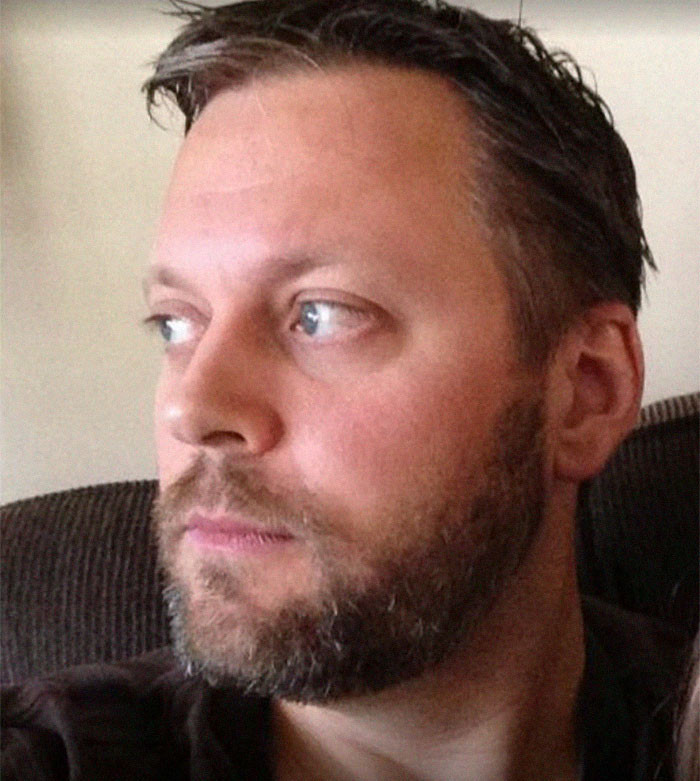 And this post comes at the right time. There are protests around the world as Judge Brett Kavanaugh has just been approved to the US Supreme Court.

“But this exercise, while abstract, helped me get nearer to it than I’d been. The Kavanaugh confirmation proves once again that one of the primary drivers of our society right now is normalized abuse and enablement of abuse,” he added.

“In such a society, the telling of wrong is itself seen as the wrong. It’s unutterably sad. "

"It’s why the country has a bully with the mind of a cruel child as president, supported by power, cheered by crowds. I think you can see, if you want to, that there is a powerful political party that doesn’t care about women at all, and thinks not caring is good."

I dare hope more of us see this clearly now than we did before.” 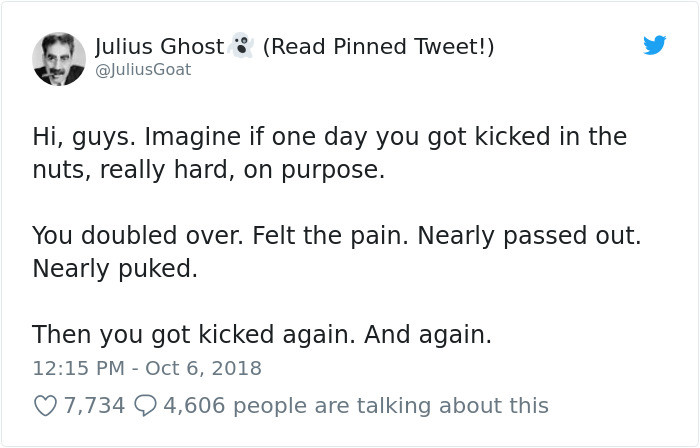 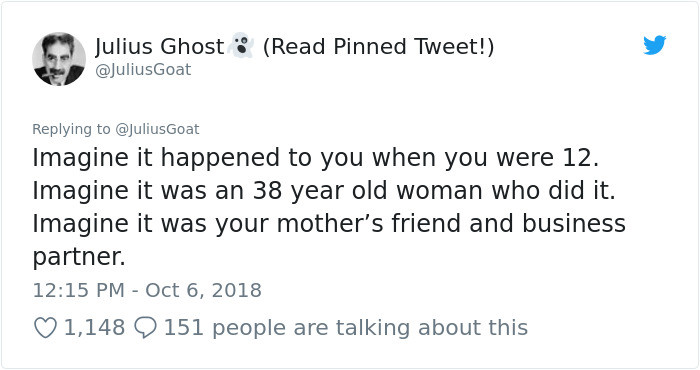 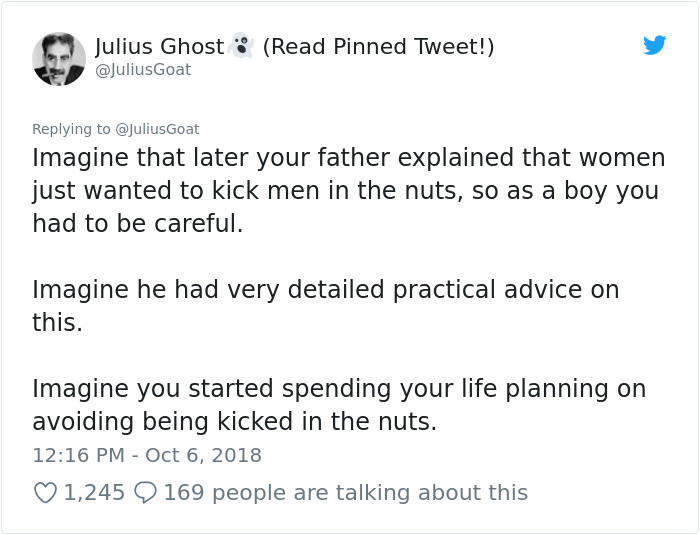 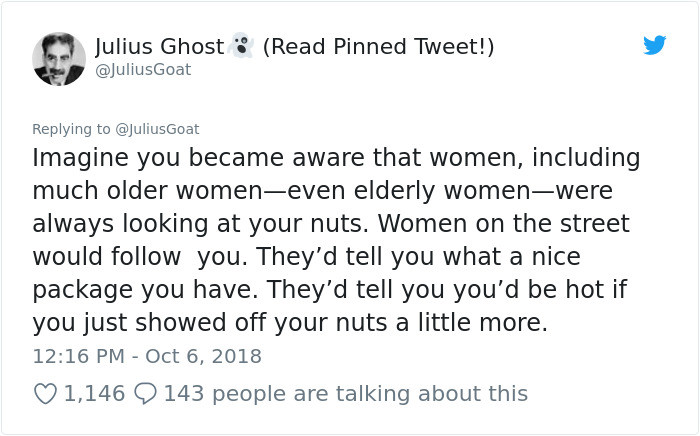 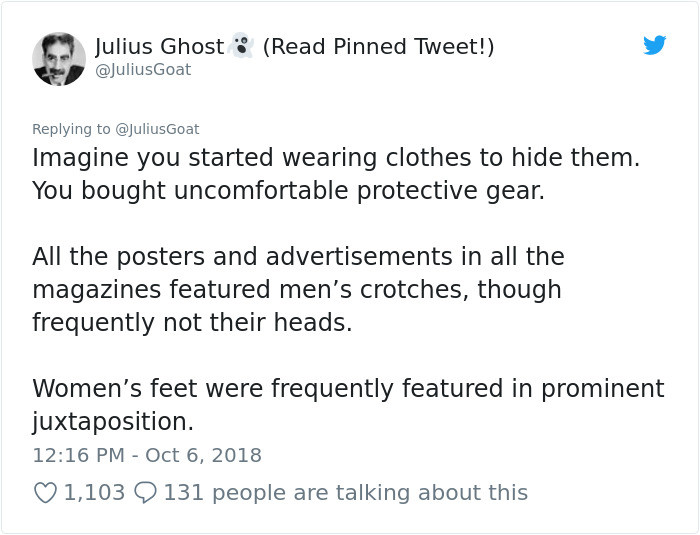 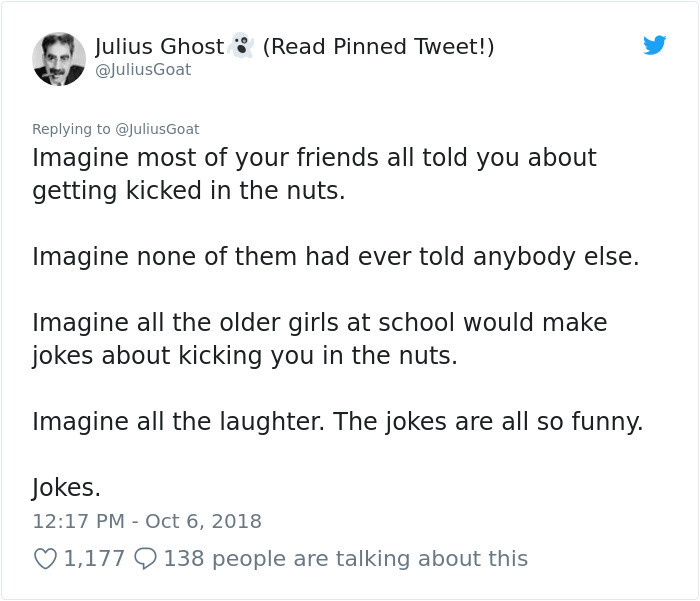 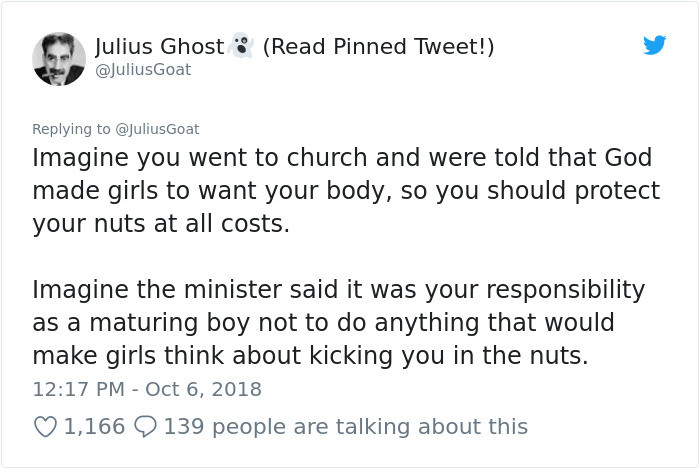 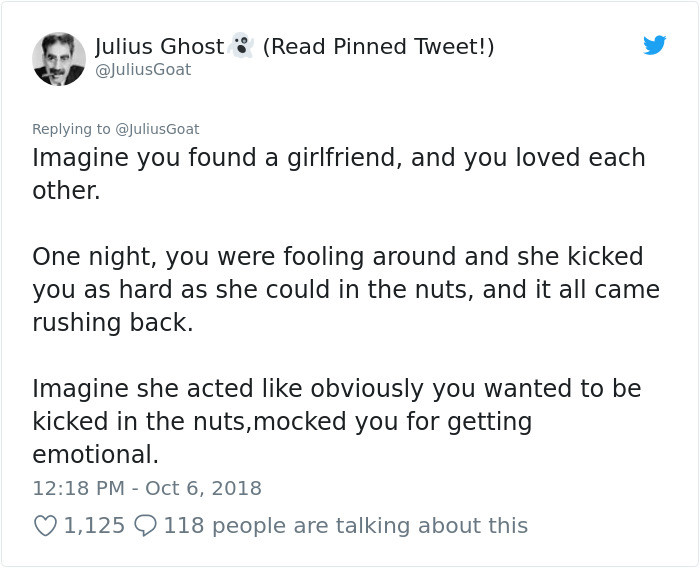 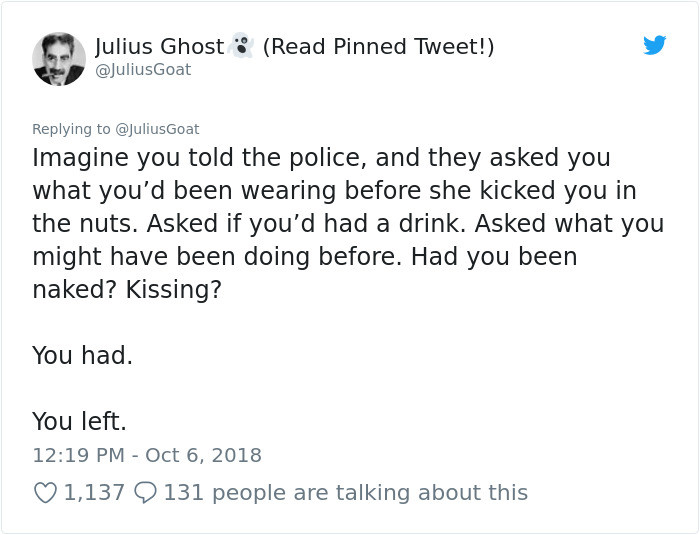 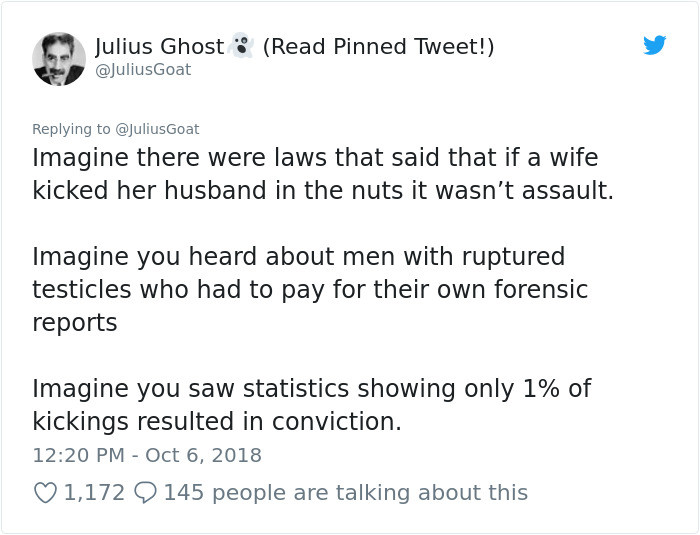 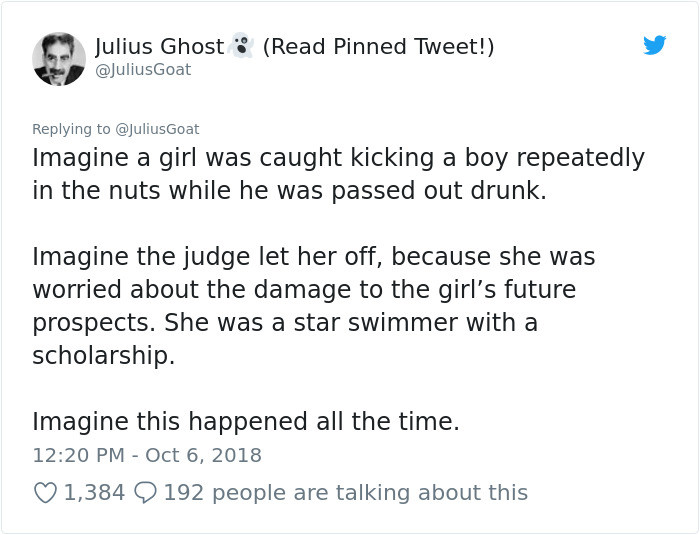 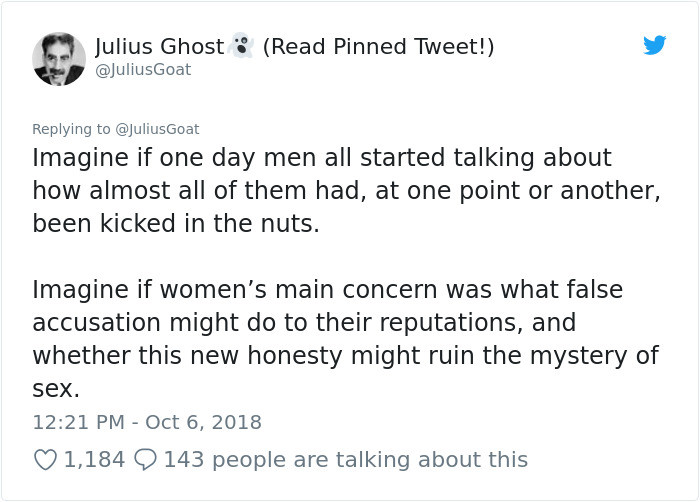 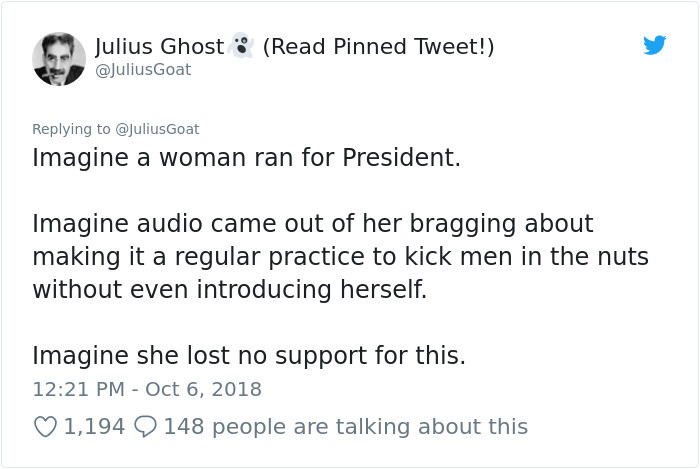 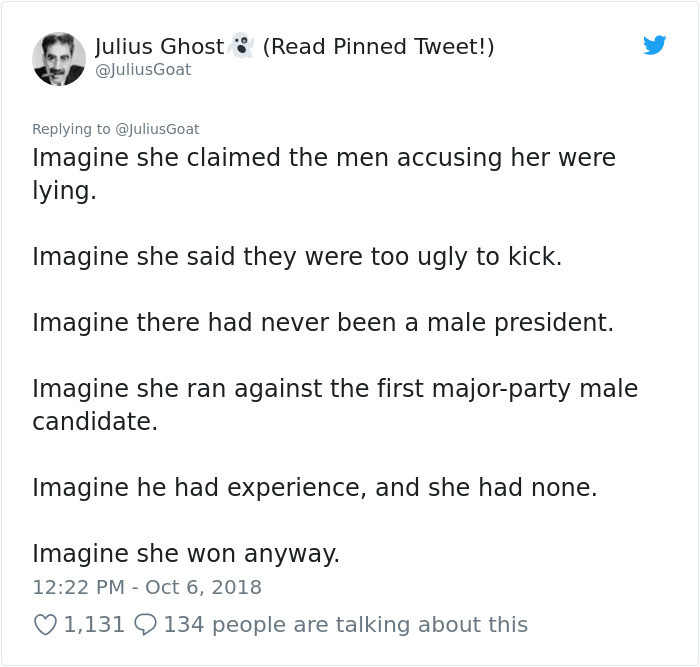 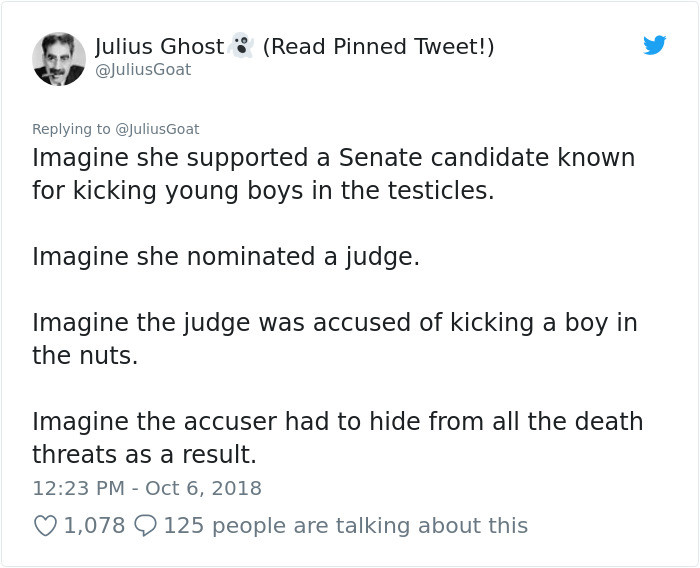 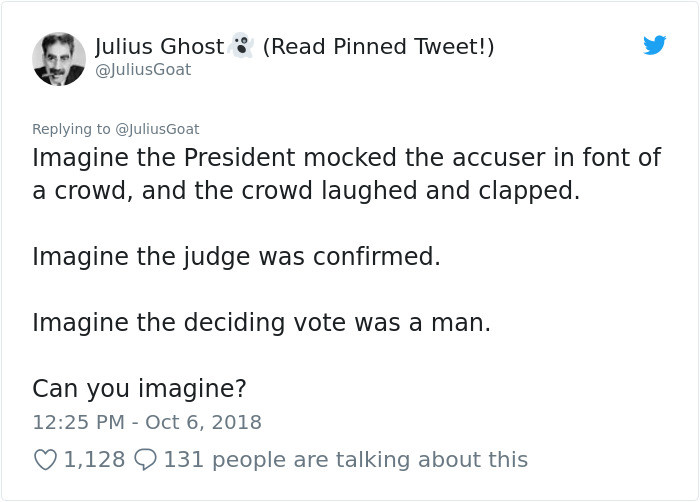 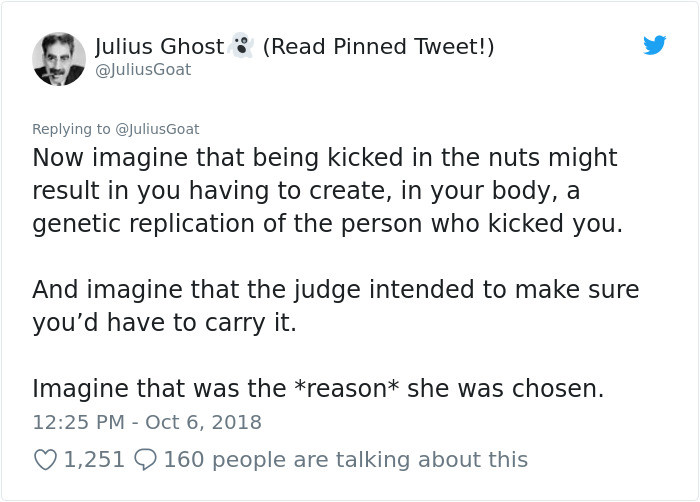 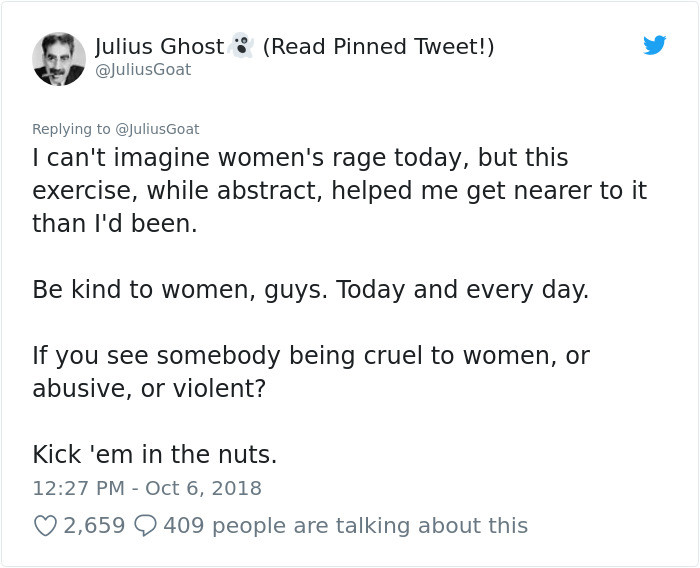 And how did the people react? 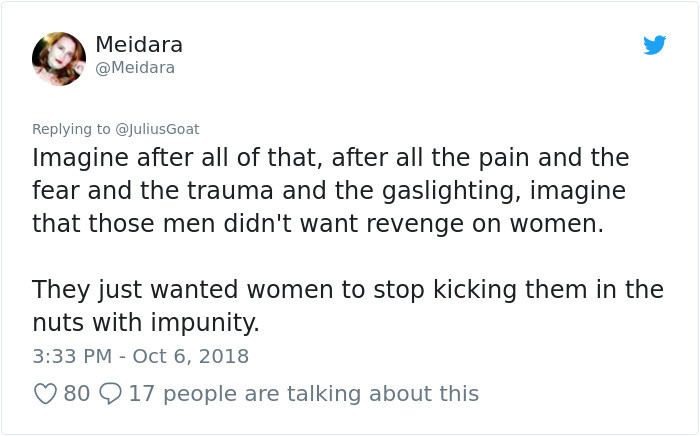 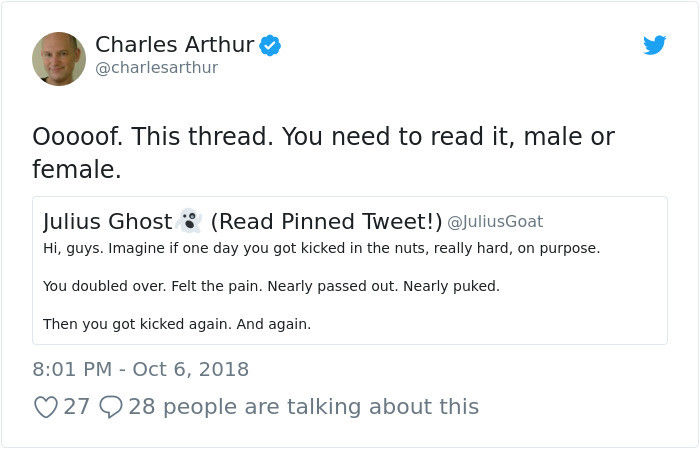 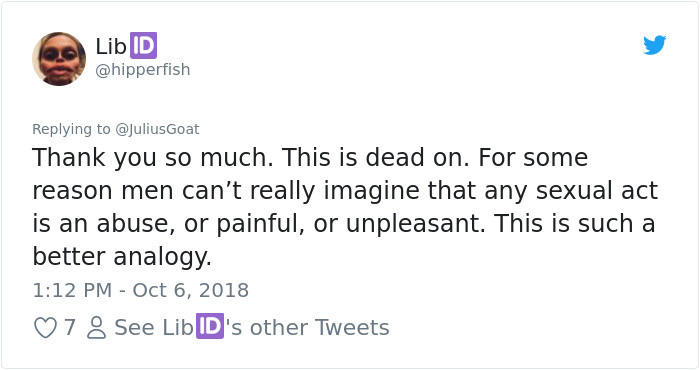 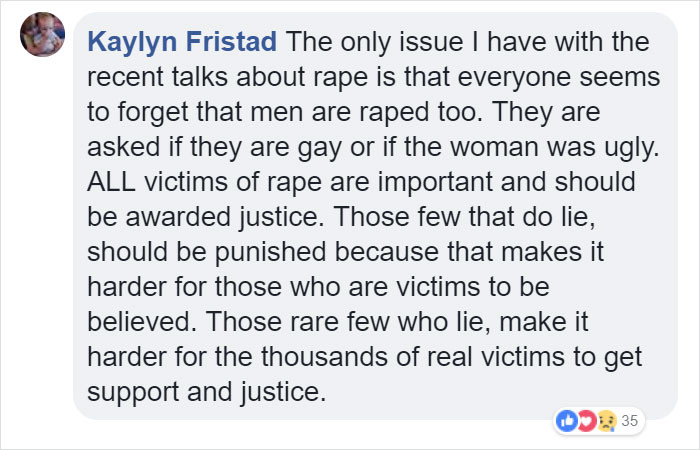