Naming your kids is hard.

You have to think long-term, but you also have to take into account that you're naming a tiny little person, and you want it to sound cute as a kid, too.

Even if you do everything right, you still just never know what can happen. Isis was a super sweet and popular name for little girls and is now kind of ruined. Karen has becoming increasingly unpopular on the internet lately, too. Basically, names are just kind of hard.

Recently, a post that was initially submitted to a local radio-station started garnering A LOT of attention on the InsaneParents thread.

The post was by a mother whose son was named Andrew, but, after moving to a new school, was nicknamed 'Andy' by his peers and classmates. The rest, as they say, is history, but you can check out the craziness below - and the response from the internet that utterly roasted this mom!

She met with the dang teacher!

... but they're still calling her son, 'Andy'. Even ANDY HIMSELF IN INTRODUCING HIMSELF BY THE NICKNAME! 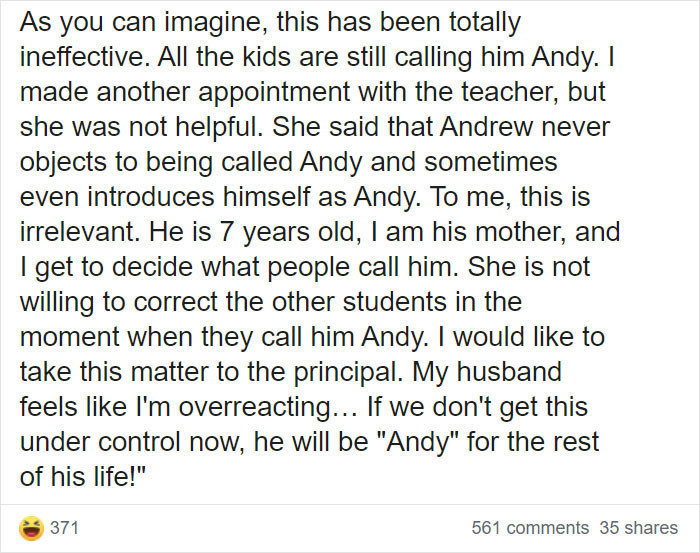 Of course, Redditers had A LOT to say about this... get the popcorn ready.

No confusion for this Andy! 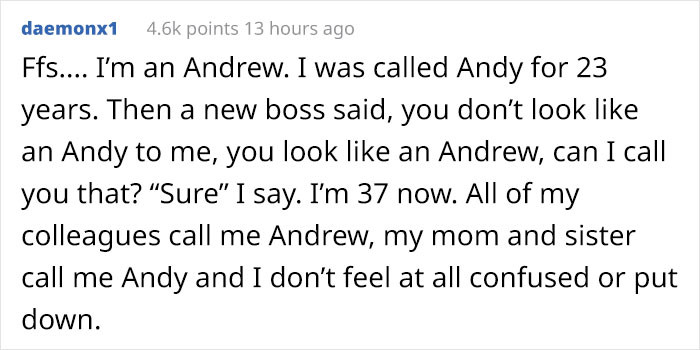 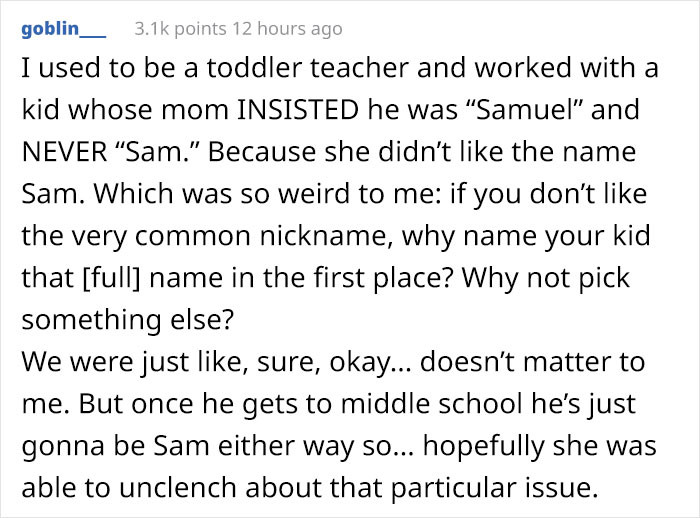 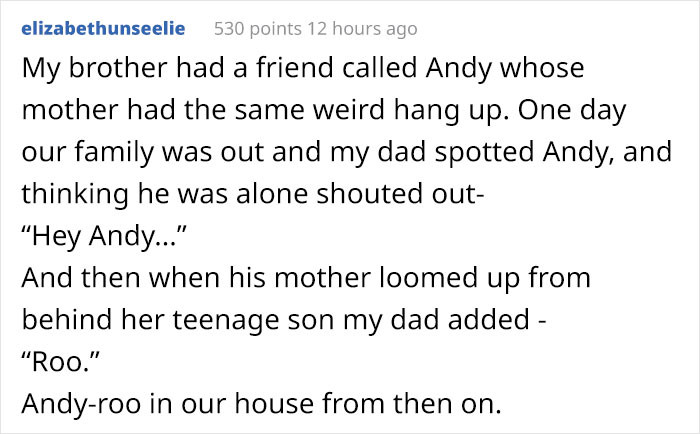 THIS IS SO TRUE! LOL 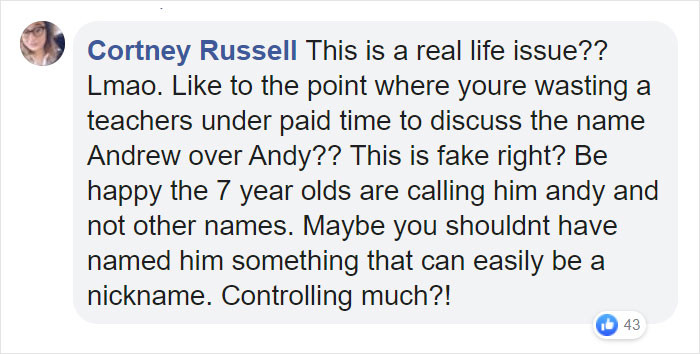 Kids are people, too! 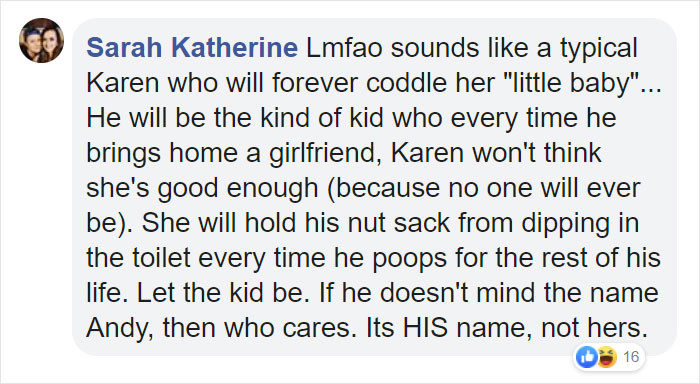 You just deal with it. 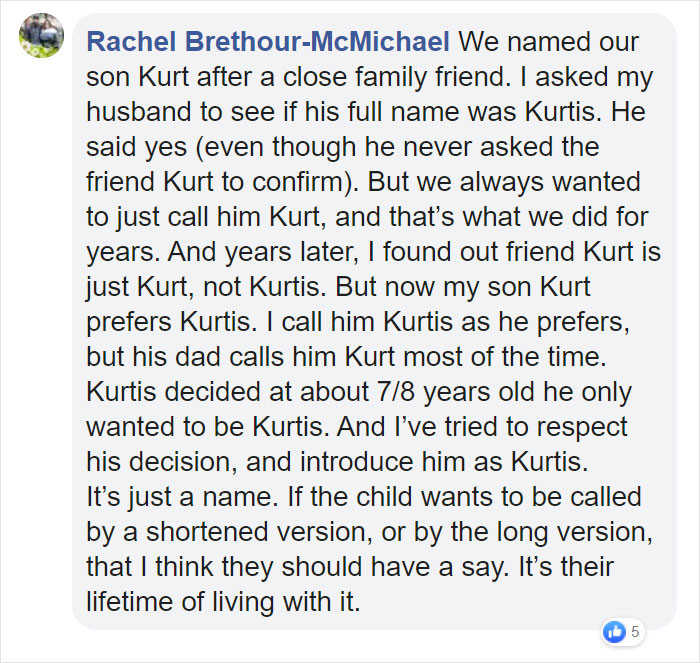 Literally nobody agrees with the mom.