Many different societies around the world have slang unique to that location but none seems more bizarre to people in other parts of the world than the slang that comes from Australia.

The average Aussie has slipped some sort of slang in their day to day only to travel to another part of the world and have the locals not understand what they are trying to say. Personally, I use the word "mate" more than any person should. Here are some examples of other Aussie slang that is incredibly common to Australians but makes no sense to our friends elsewhere in the world.

I've never heard anyone say this. 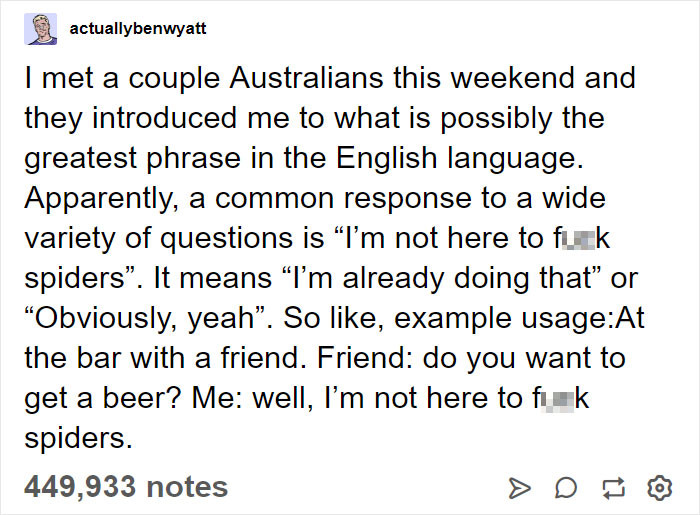 I'll laugh at anyone who utters words like crisps in front of me. They're chips mate. 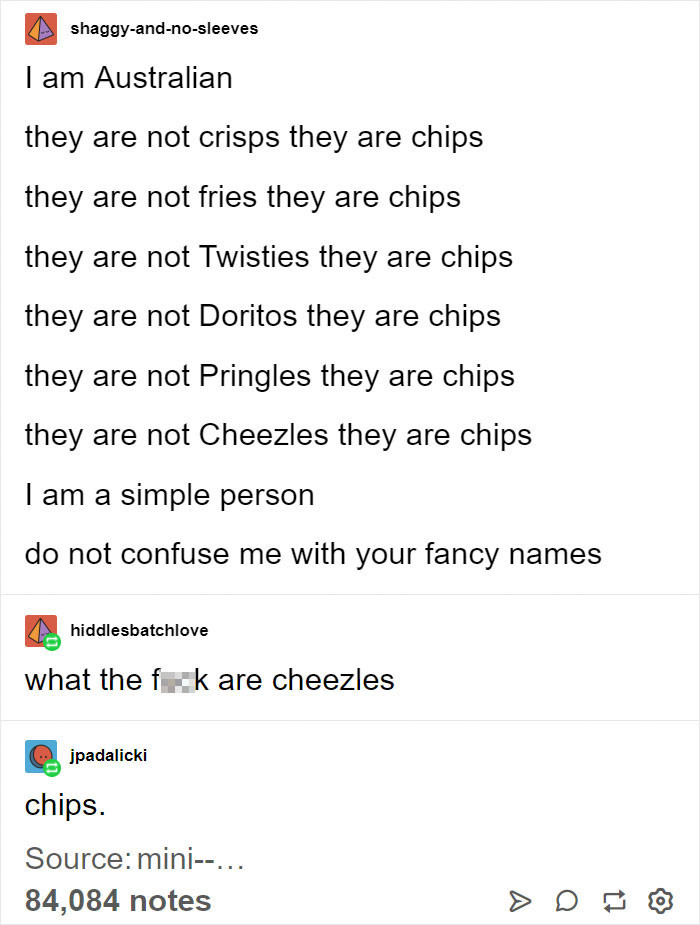 The summer we just had was awful.

Although everyone is "mate" to me. 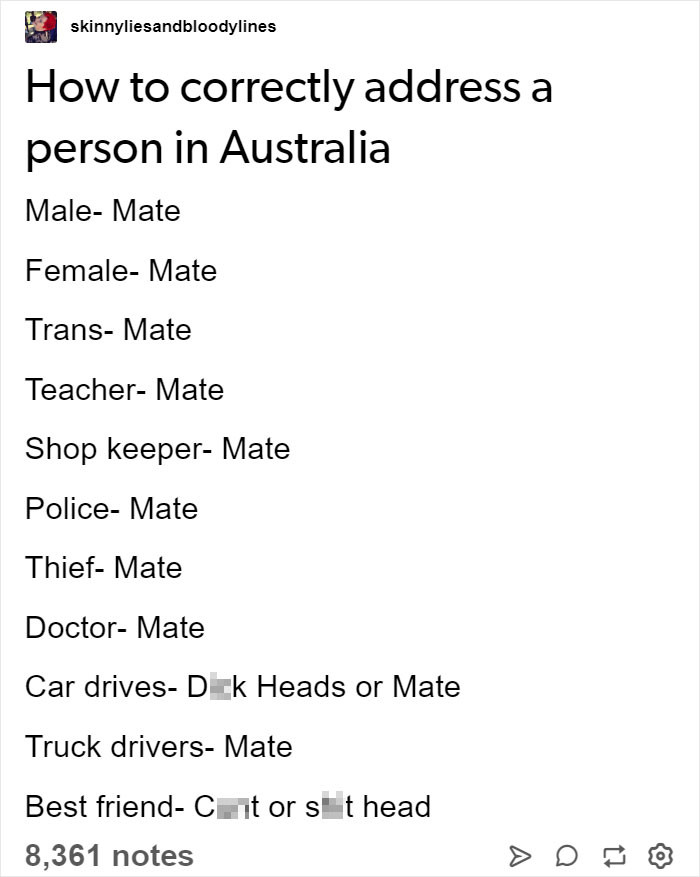 "A goon sack behind Maccas" is the most australian thing I've read in awhile. I love this country. 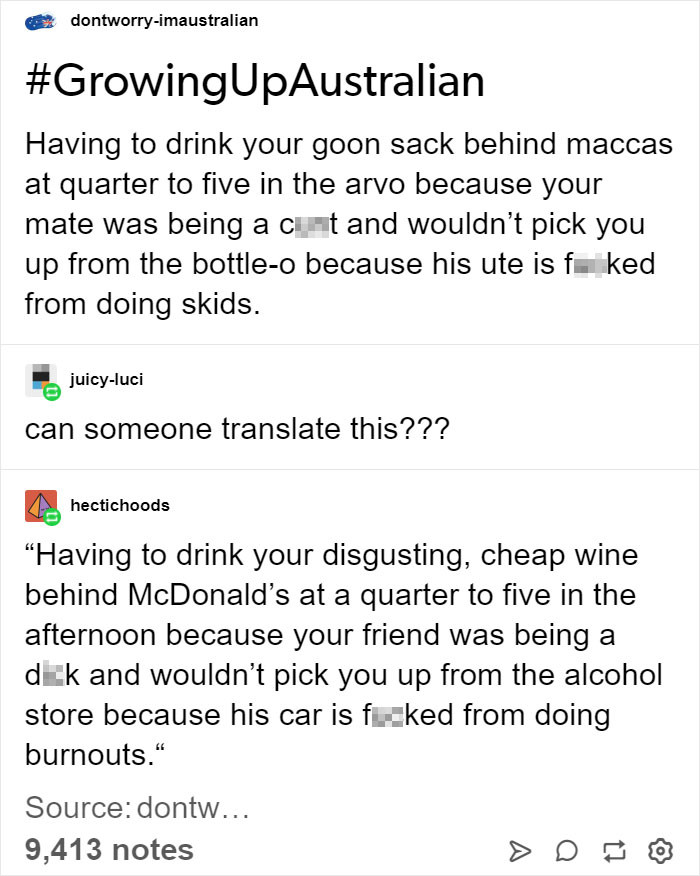 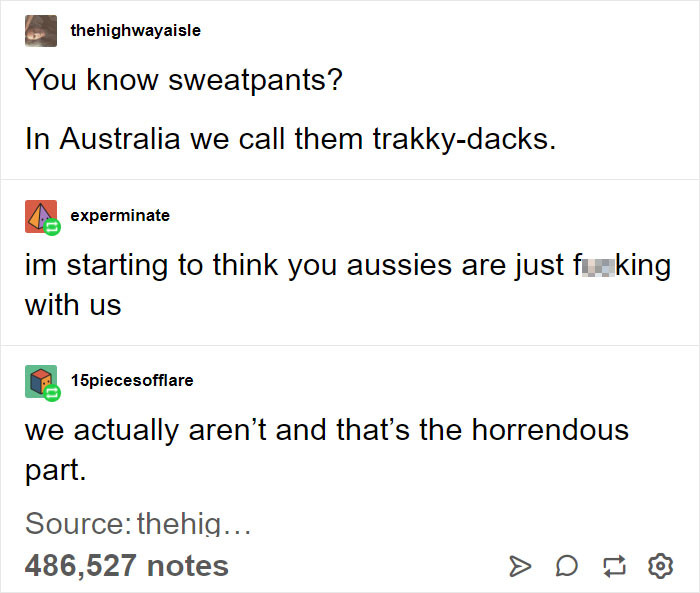 What are you on about? Aussie slang is normal mate. 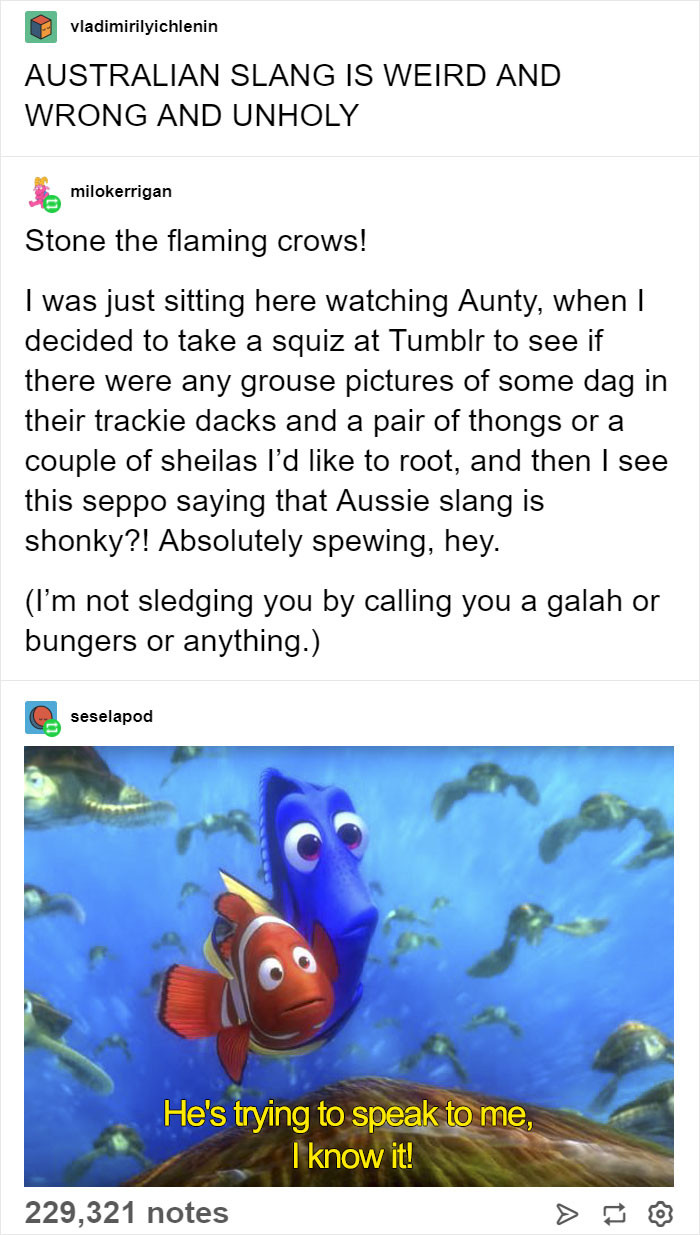 Also... anyone keen for a Maccas run? hit me up. haha 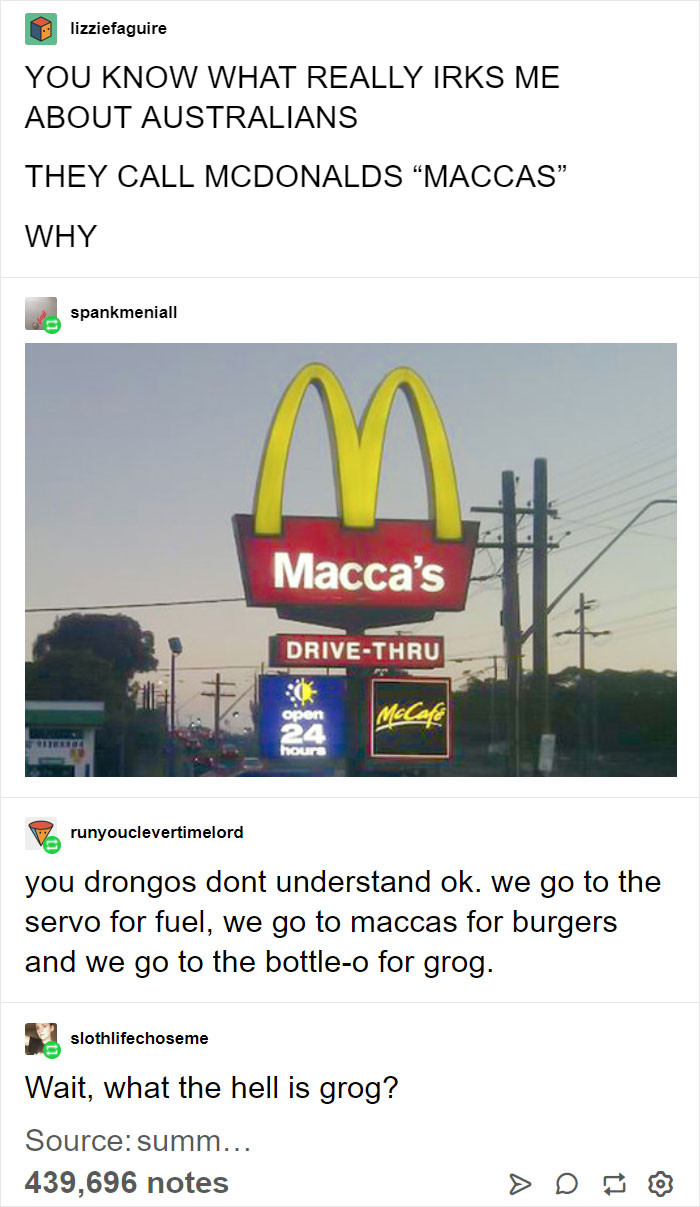 Seriously, how else do you pronounce it? 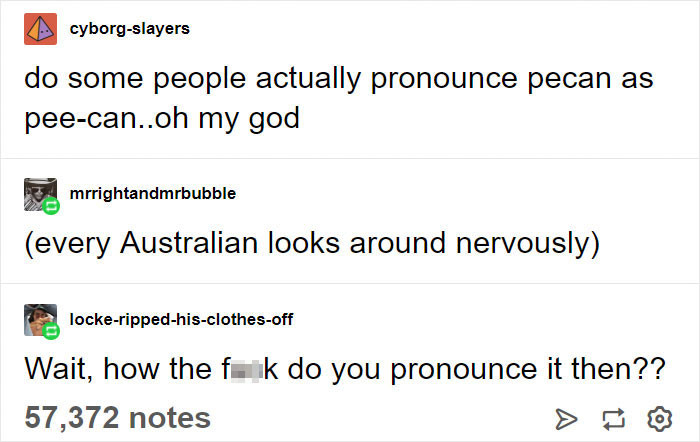 What he said. We can talk perfectly ya drongo. 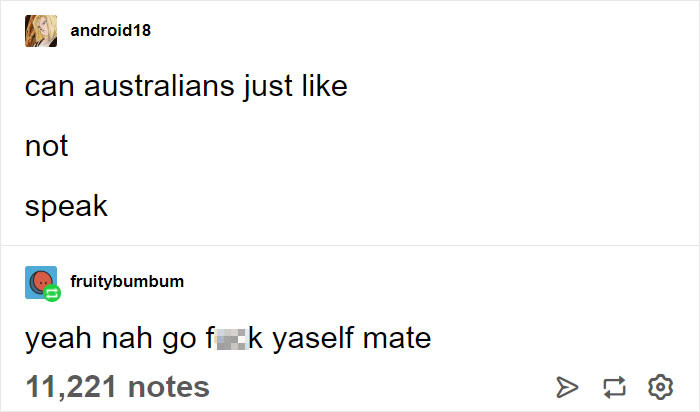 This is a real sentence that gets uttered in various parts of this country. 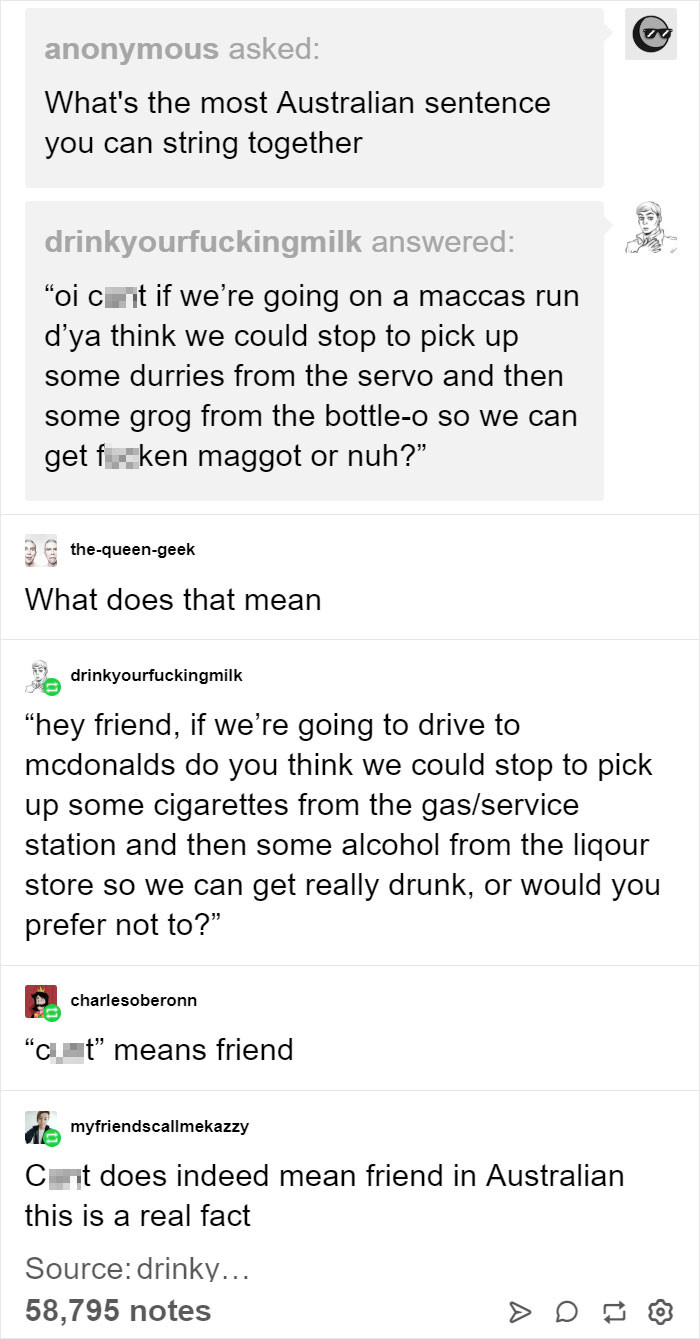 how to charm a woman in australia. 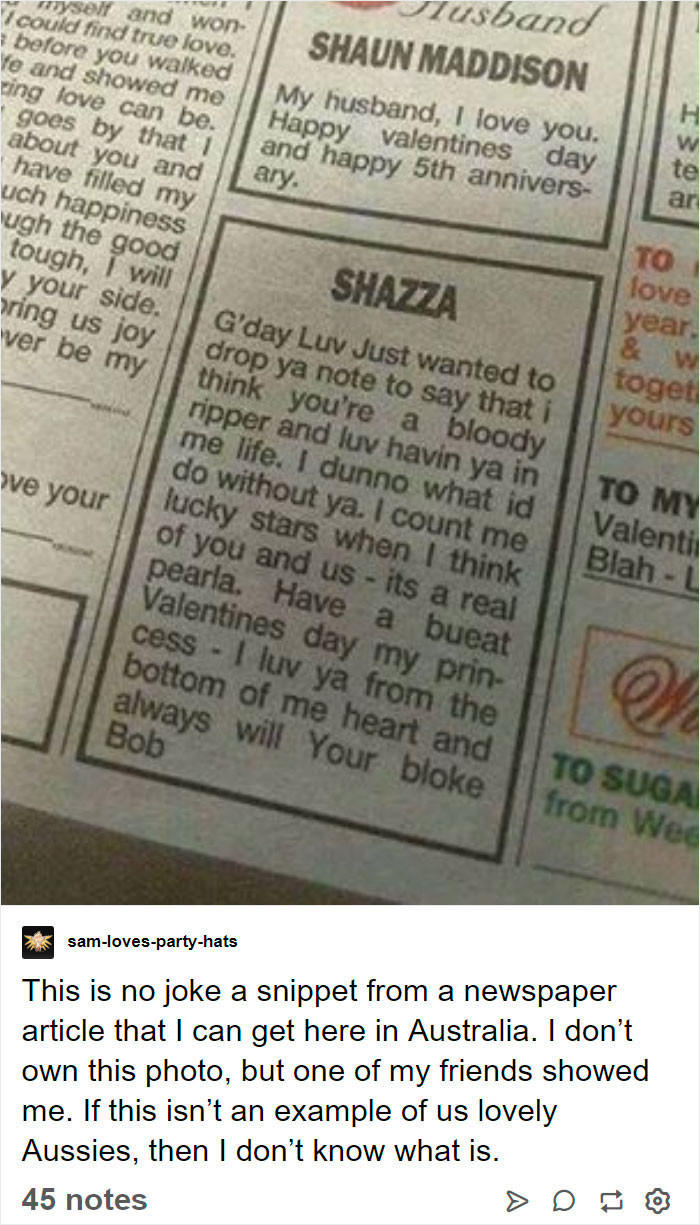 Think that's weird? In New Zealand the Kiwis call Woolies Countdown and I have no idea why. 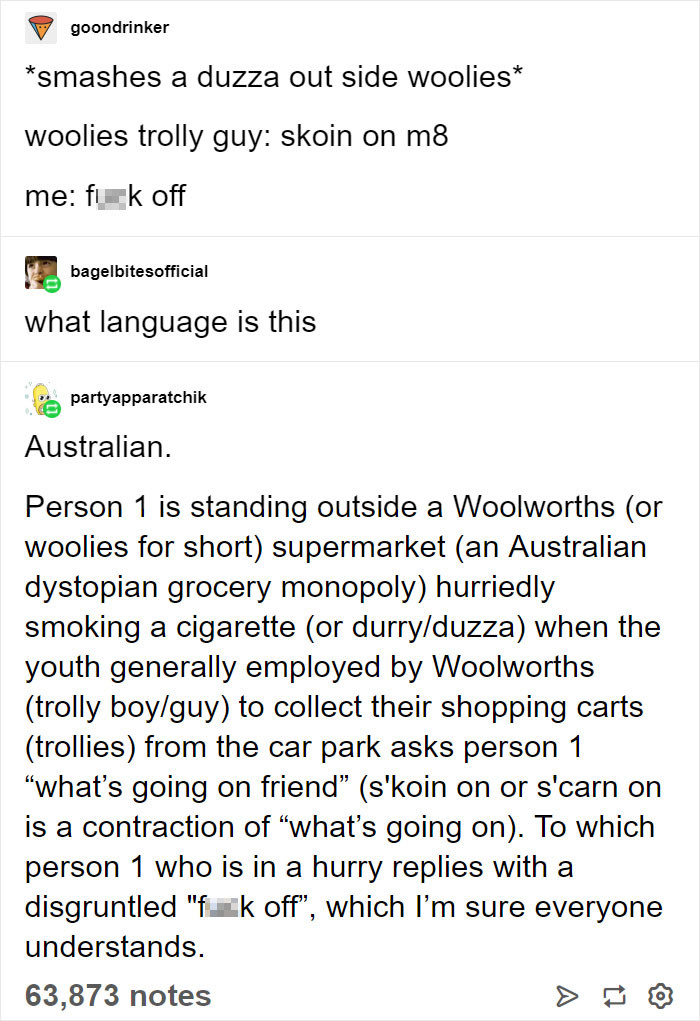 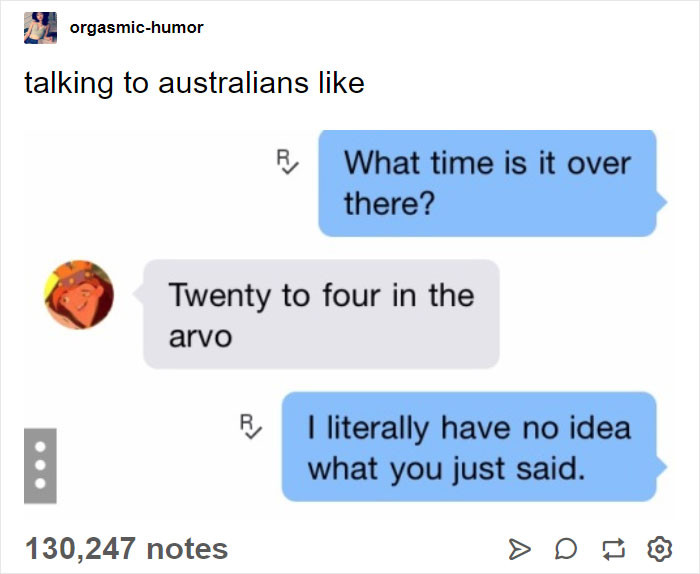 That's rootshaming and I won't stand for that. haha. 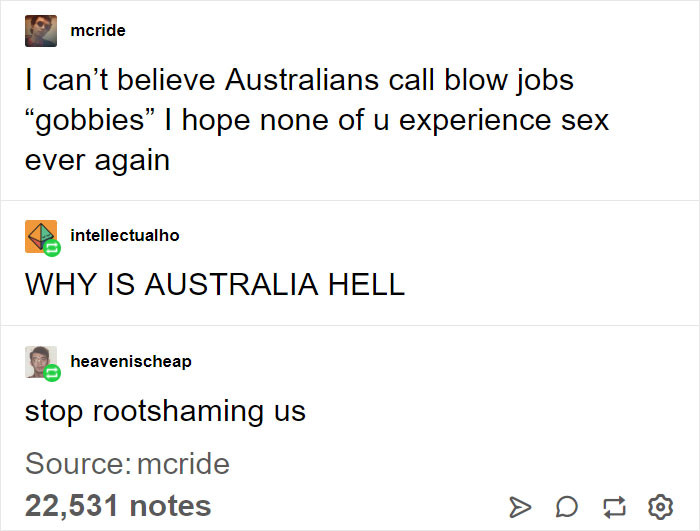 Did someone say choccy biccy? where? 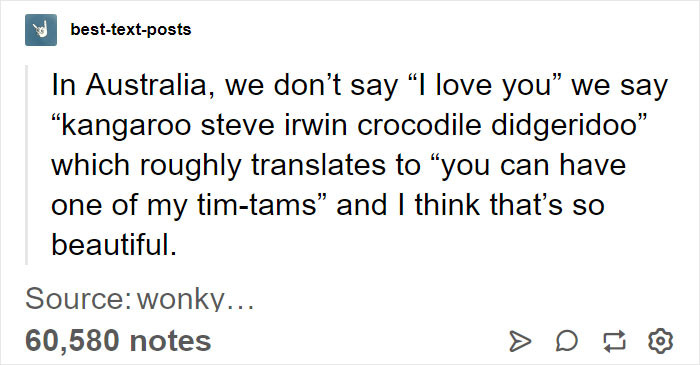 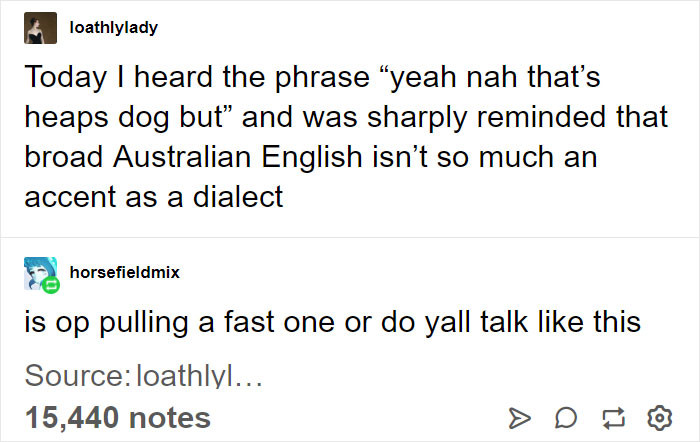 Once a jolly swagman camped by a billabong under the shade of a coolabah tree. 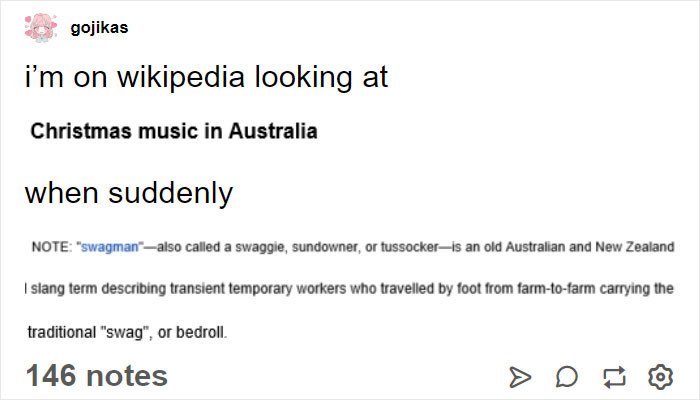