2020 has been hard enough and coupled with a super controversial presidential election, things have just been a little heavy. Politics can be really, really divisive and sometimes, the best thing you can do is just laugh.

If you're not abreast of all things political, shortly before the election it was revealed that Joe Biden, if elected, would not raise the taxes of anyone earning under $400,000 USD. This means 90% of US tax-payers would be unaffected.

For many people, this didn't illicit a response as they understood they were part of the 90% who wouldn't face tax-hikes and were happy. For hard-core Trump supporters however, despite also falling into the 90% of tax-payers who'd be unaffected by Biden's tax-raises, they still had A LOT to say about Biden's fiscal policy. 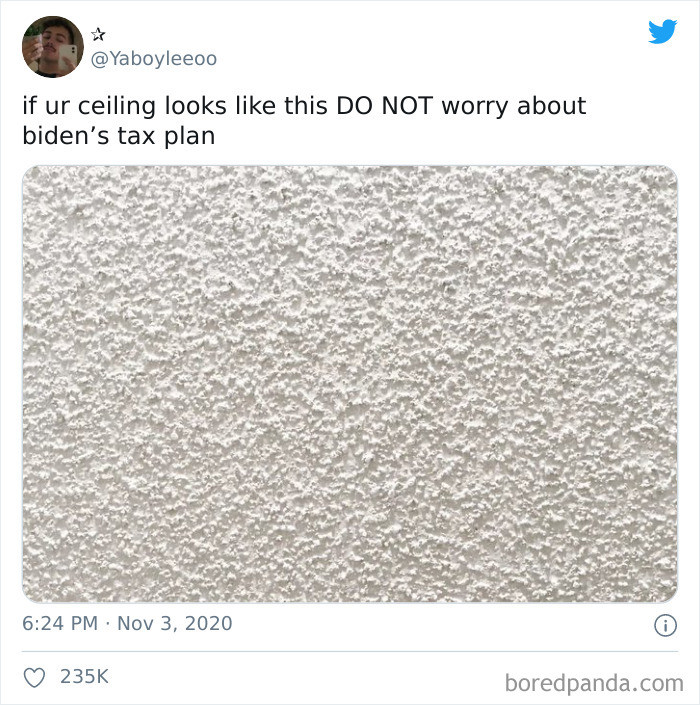 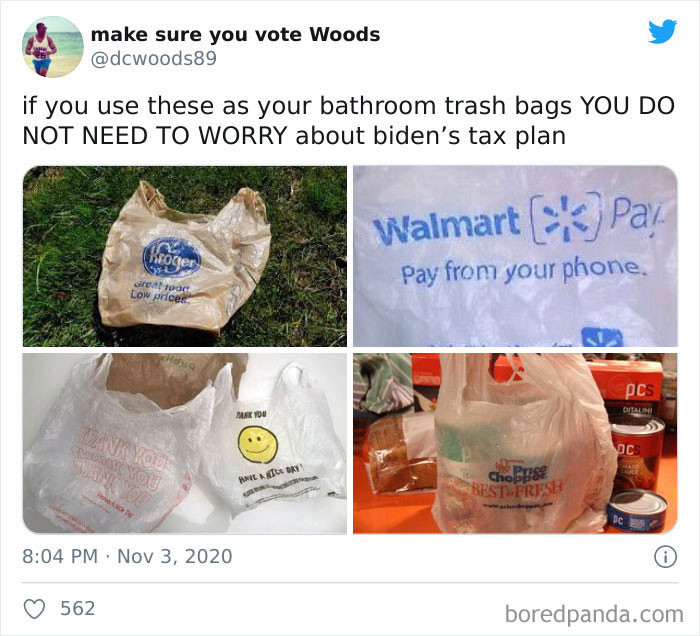 I feel attacked by this one! LOL 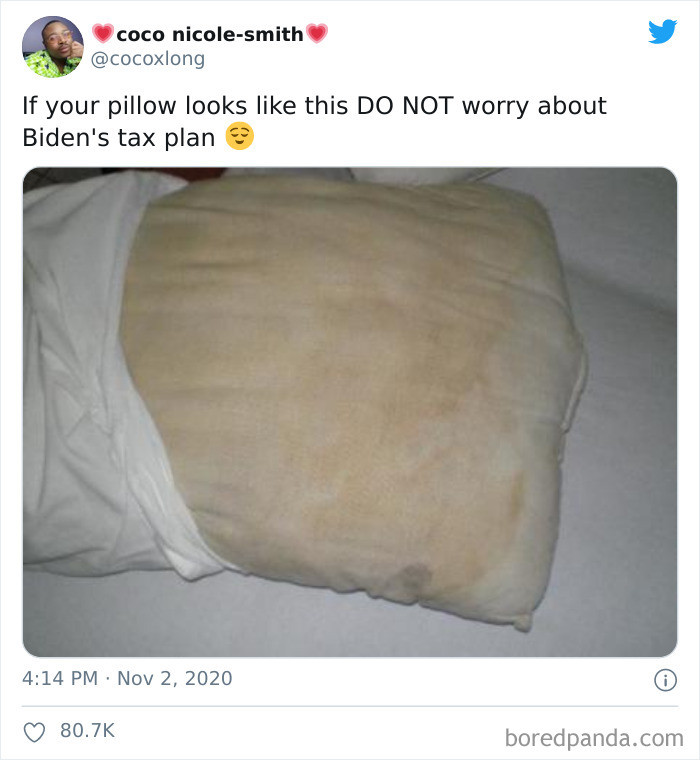 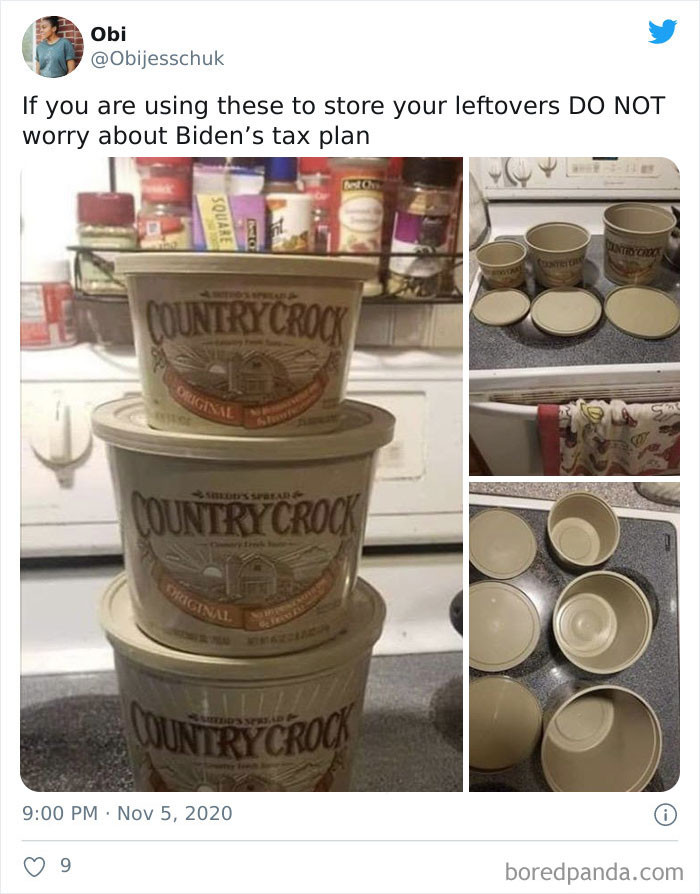 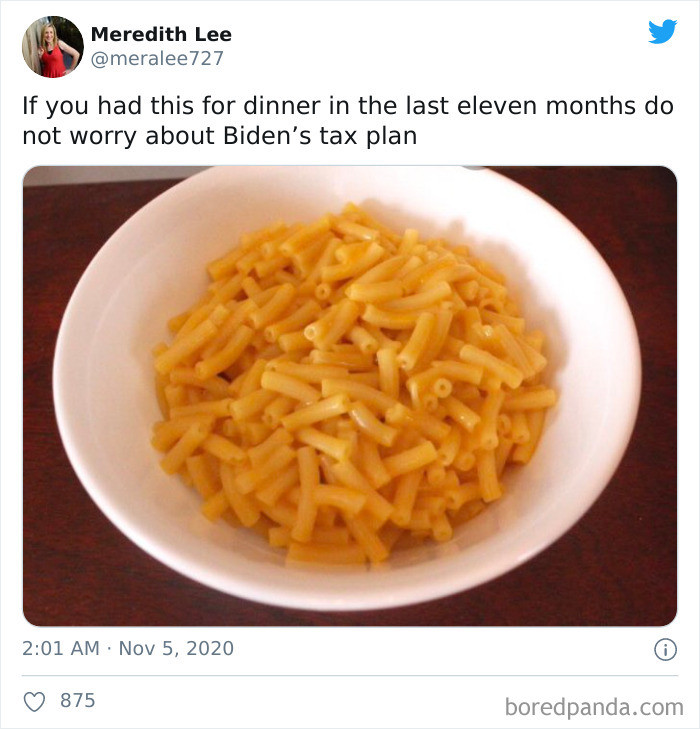 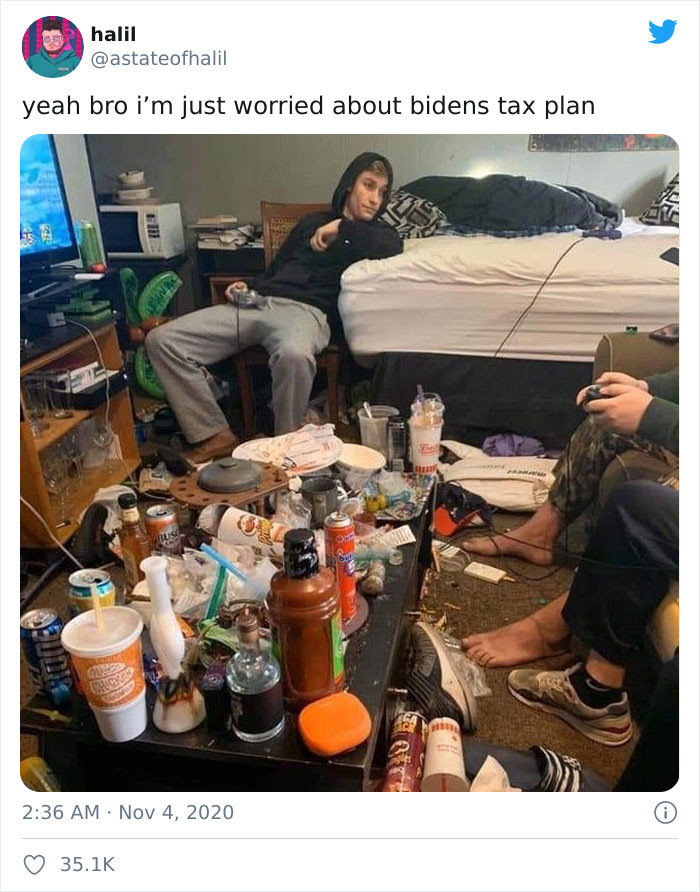 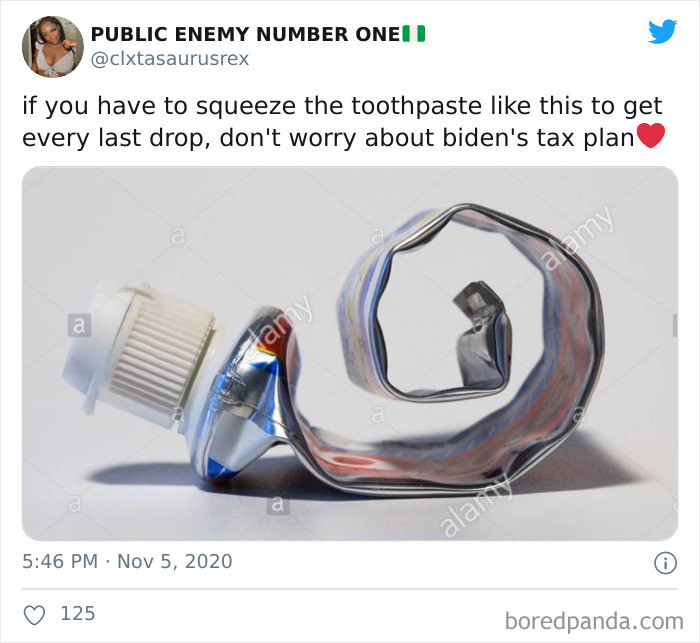 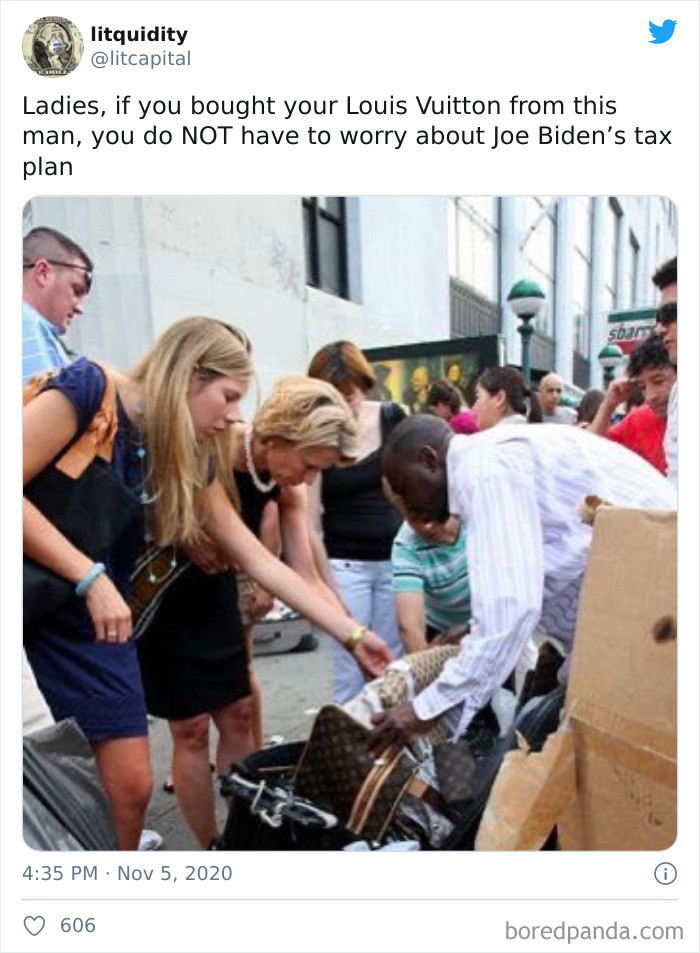 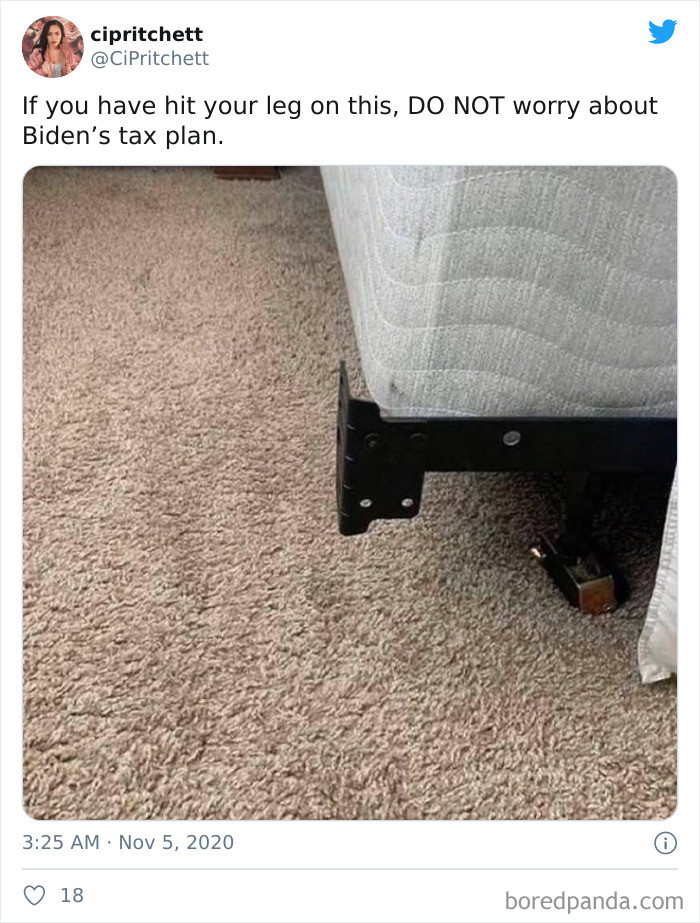 Every child of divorced parents ever. 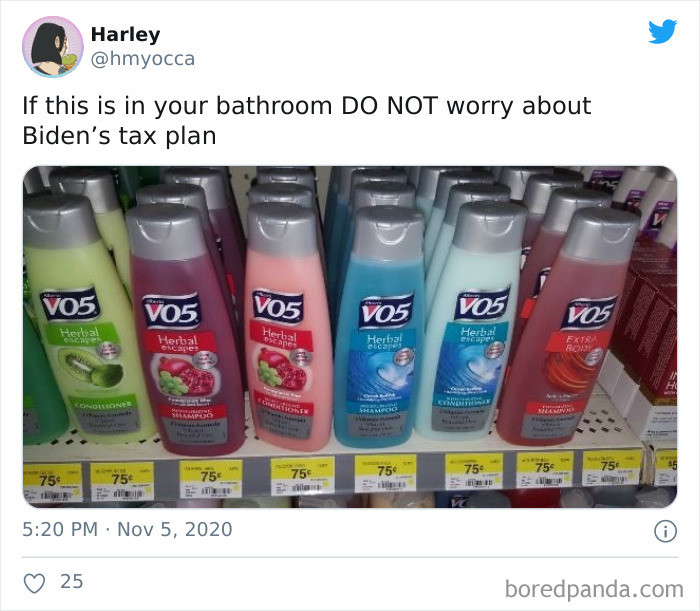 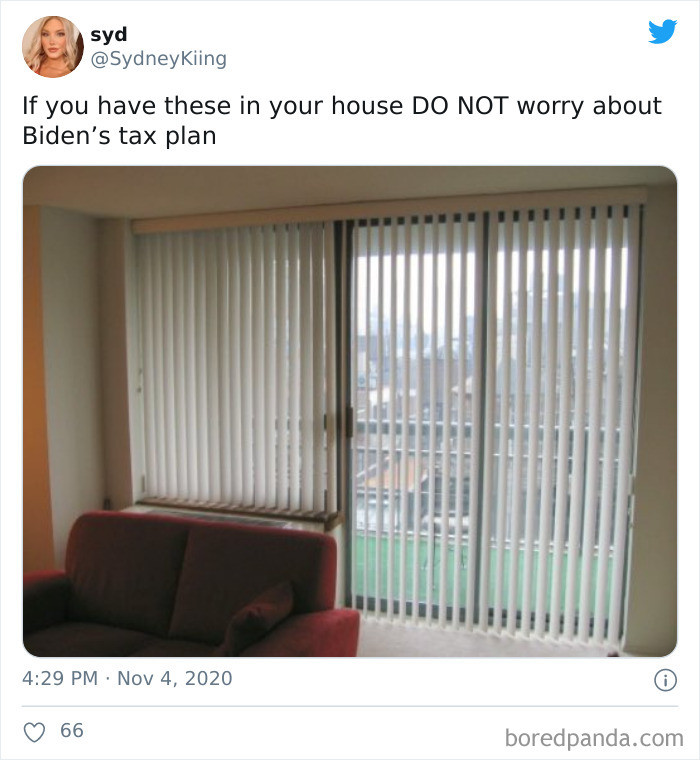 Worry about a box-spring. 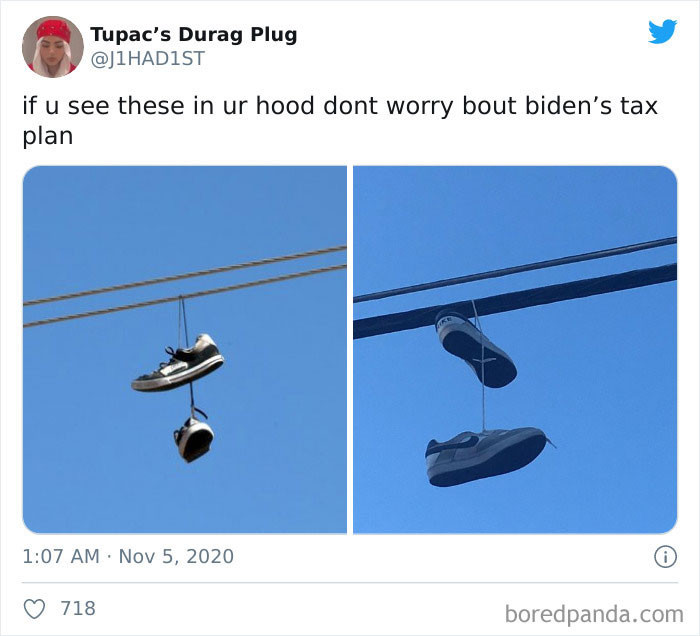 It's none of your concern.

Never worry about it 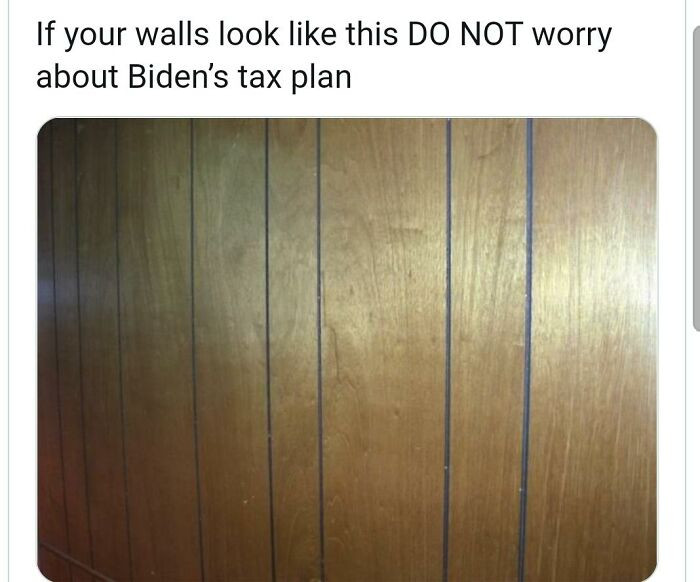 Please never do this. 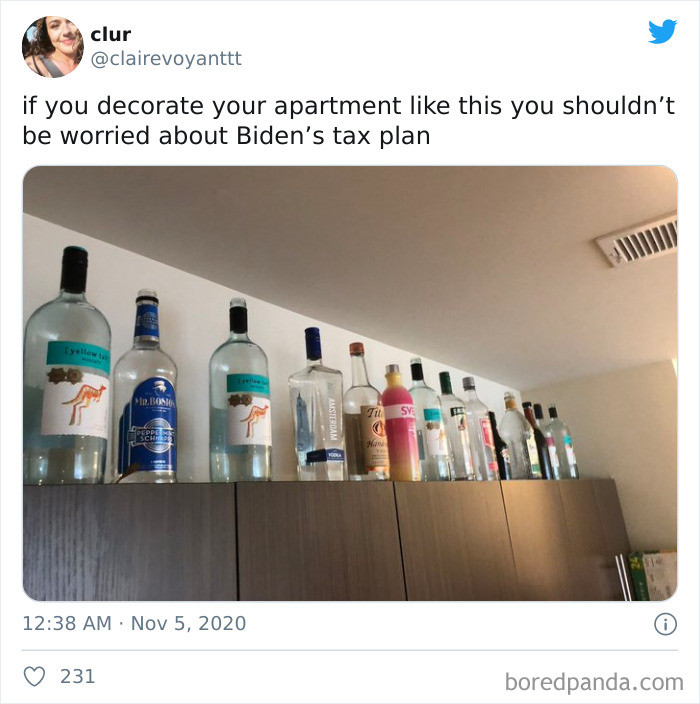 My neighbourhood growing up 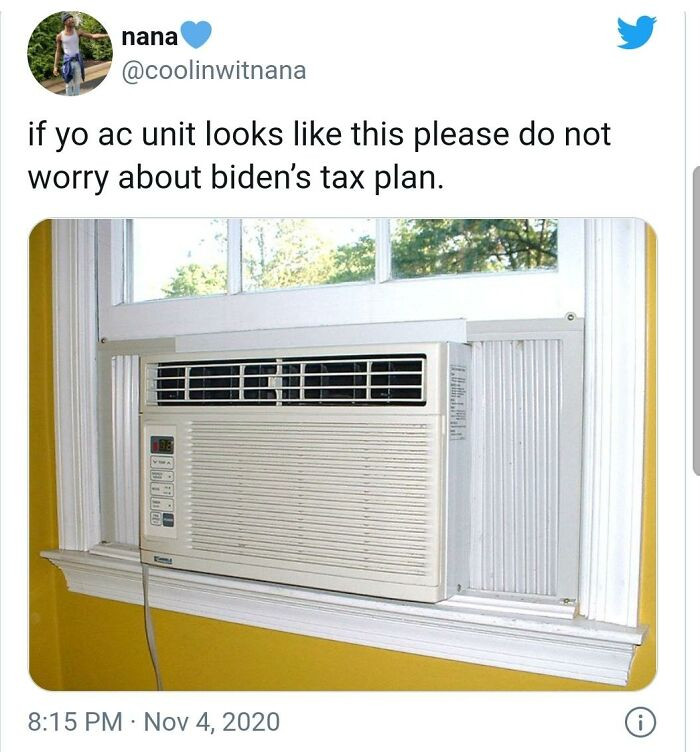 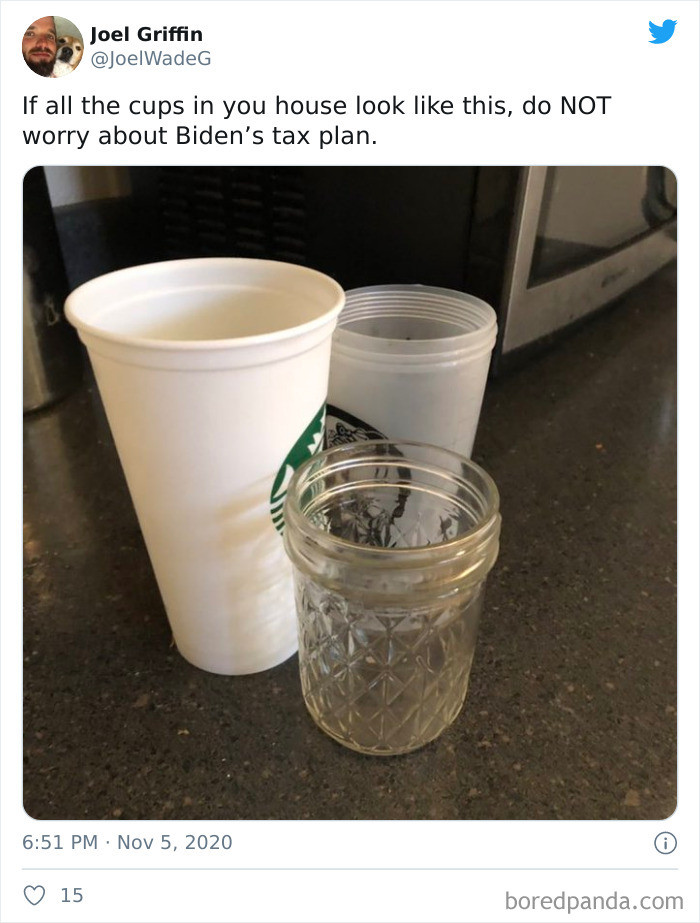 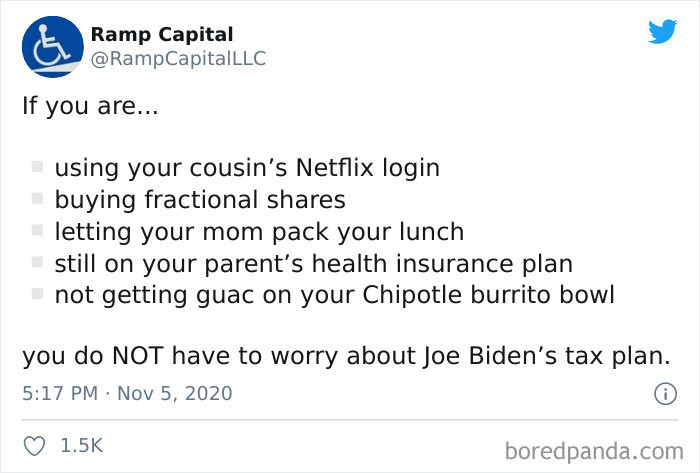 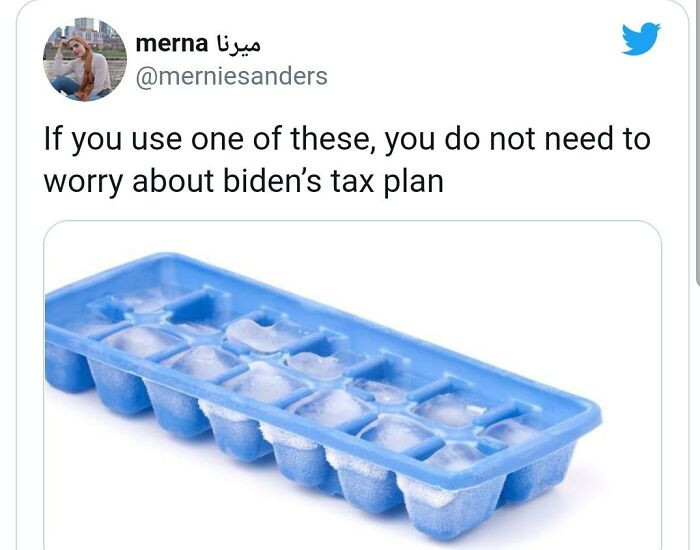 But I love it! 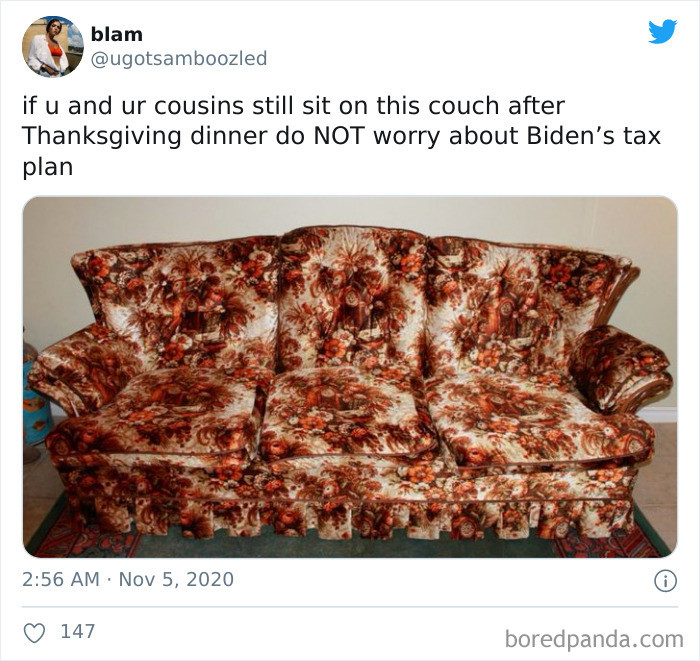 The linoleum of it all... 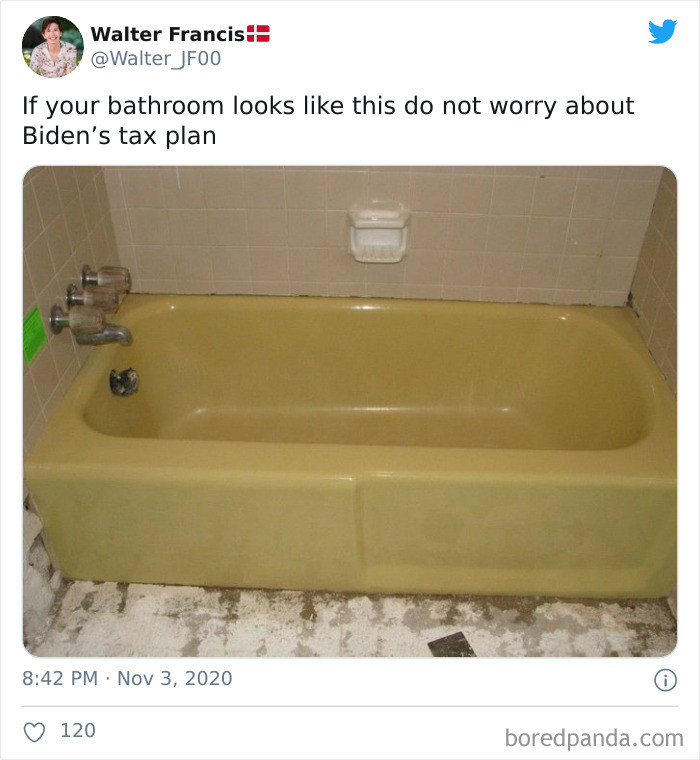 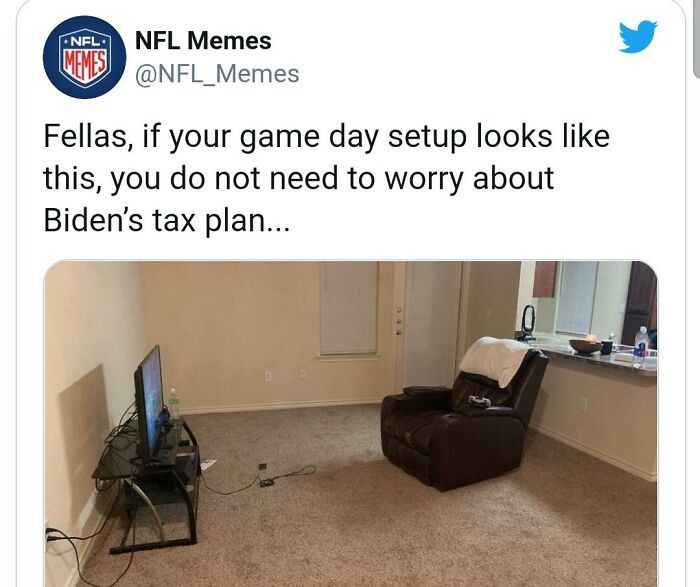 You gotta get a microwave cover. 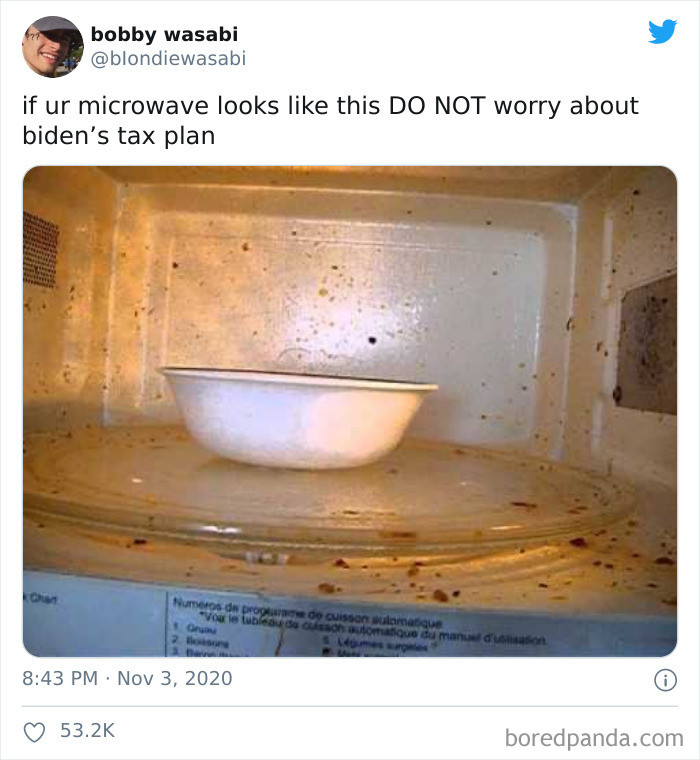 What about the monopoly app...

At your momma's house 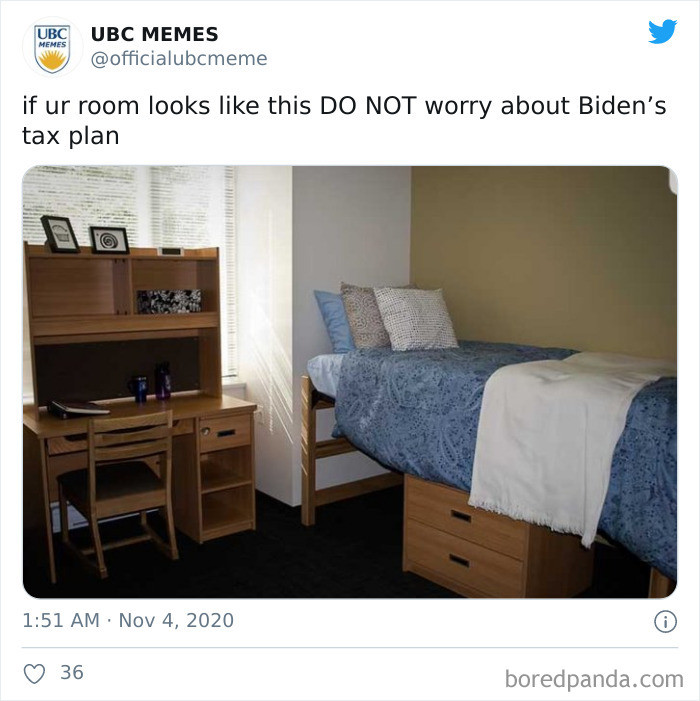 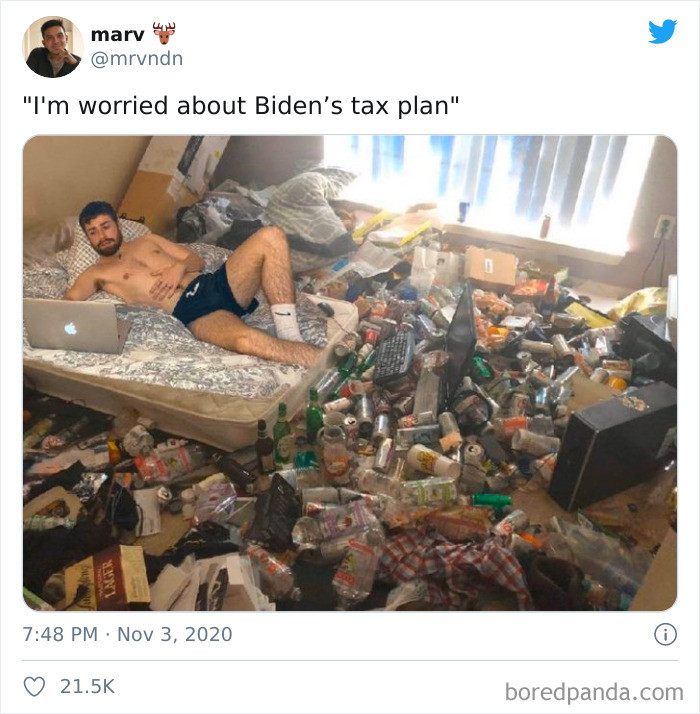 What happens with toothpaste? 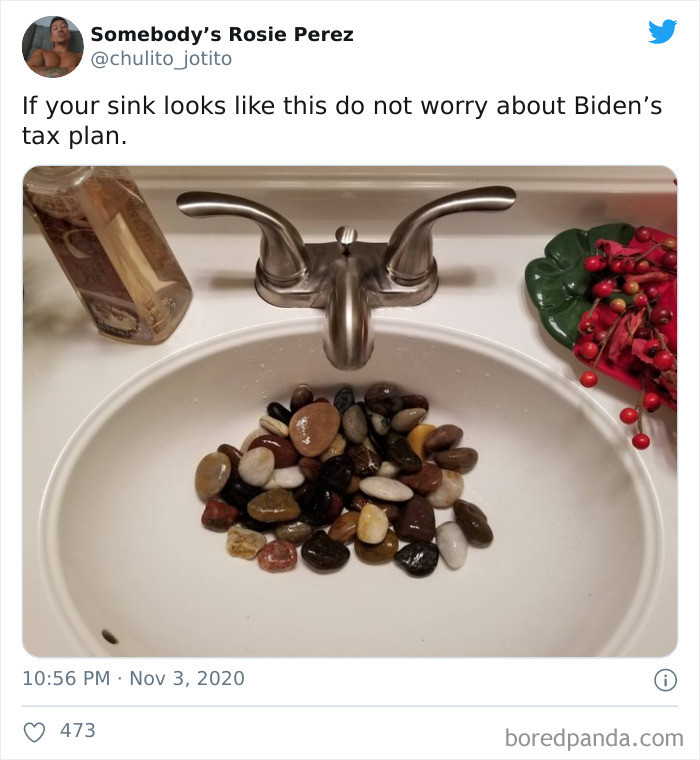