British accents are some of the most cunningly attractive accents on the planet. Seriously! Their voices are truly mesmerizing.

As an American, of course there is some definite swooning over British voices. The tones they use. How they enunciate, the variety, it's just so captivating.

But behold, here lies a collection of some pretty darn funny times that Twitter users have poked holes per say, in people who speak British, (or you could refer to it as Bri-ish like one Twitter user did and even ended up creating a viral thread over it the joke, which got over 663k likes.)

It may be referred to as the Queen's English, but very few actually carry their voices the way that Her Majesty Queen Elizabeth II speaks. Besides the British Royals that is. Fact bombs here, there are more than 37 actual dialects in the British Isles. 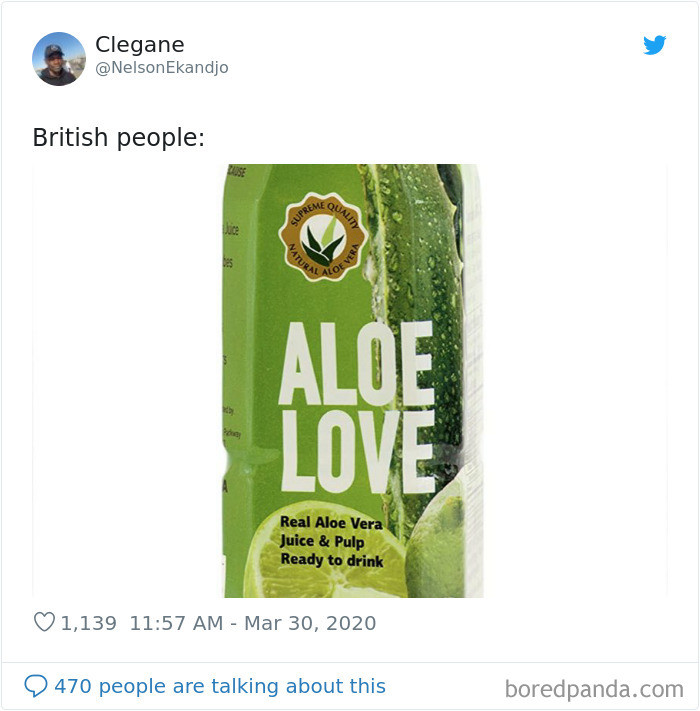 2. The voices inside my head are running rampant with this one.

5. I can't with their 'a' pronunciations. I fawn over it!

Dr. David Britain who is the Professor of the Modern English Linguistics department at the University of Bern in Switzerland. Per Dr. Britain, the dialect that American's most commonly associate with British folks is "almost certainly" actually known as Standard British English, "with the accent known as Received Pronunciation".

"This is the one they are exposed to the most through the media, and the accent they may know from the Royal family. Some will know Scottish accents, and perhaps also London (the traditional accent of which is known as Cockney)," the professor divulged to Bored Panda during his interview.

6. Chewsday is my personal favorite.

9. Now I know why I have friends that often "inherit" British accents. THEY'RE SO FUN! 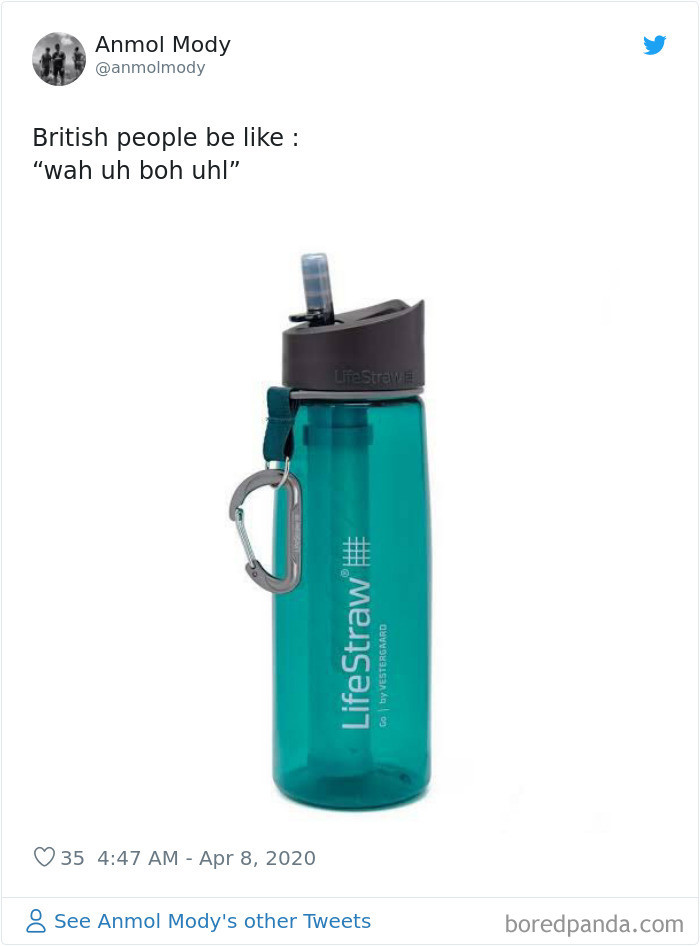 11. Rollllll the tongue. Just roll it.

The Dr. also noted that the vast variety of British accents and dialects that exist, have both grown and shrunk in the last couple of decades.

"There is a lot of evidence that many of the traditional, especially rural accents and dialects, are being leveled away with people using accents common to their whole region rather than their locality. But there is also evidence that urban areas continue to diversify, and new accents and dialects are emerging because of immigration and mobility." 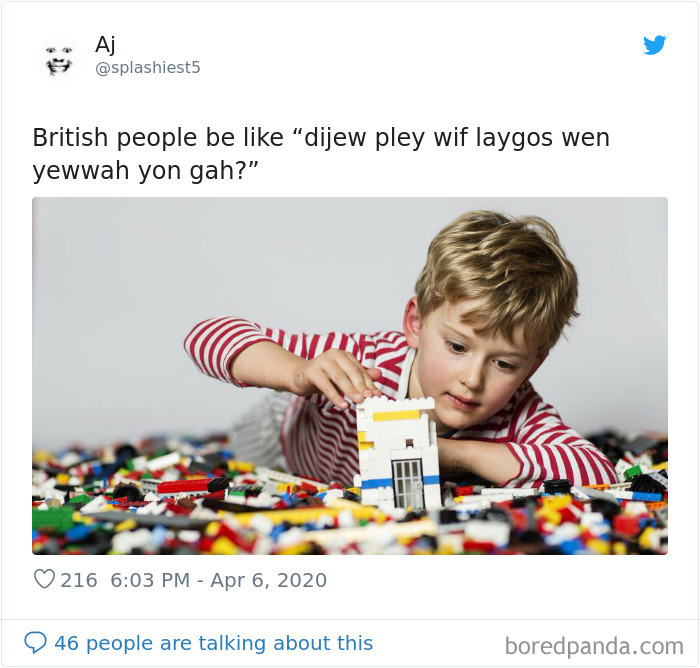 The interview dived into just how important British popular culture and media is when it comes to the stereotypes that are formed around how Brits speak.

"It's very important in Britain certainly—many people's main exposure to different accents is through the media, and so the media are very powerful—the way they present these accents has an important effect on how they are perceived."

He's not wrong, and he continued on,

"Rural people in southern England are very often represented as all having the same dialect (which they don't actually have) and are often presented as rather traditional, friendly but unintelligent, and unworldly characters, so their accents become tied in people's minds to these attributes."

"Internationally, it is often the case, for example, that Brits often play clever but evil characters in film, and so their accents can then also (outside Britain) be associated with those traits. We, in Britain, think this is funny of course, as we don't have those associations about ourselves," Dr. Britain spoke of the commonalities.

Even so, Dr. Britain believes the media is a very important tool in spreading awareness of accents and that they are very much responsible for creating "stereotypical links between accents and character traits."

"But it wasn't also the case. I can recall my dad (born in 1928) telling me he was 20 before he heard an American accent for the first time. Now that is inconceivable." 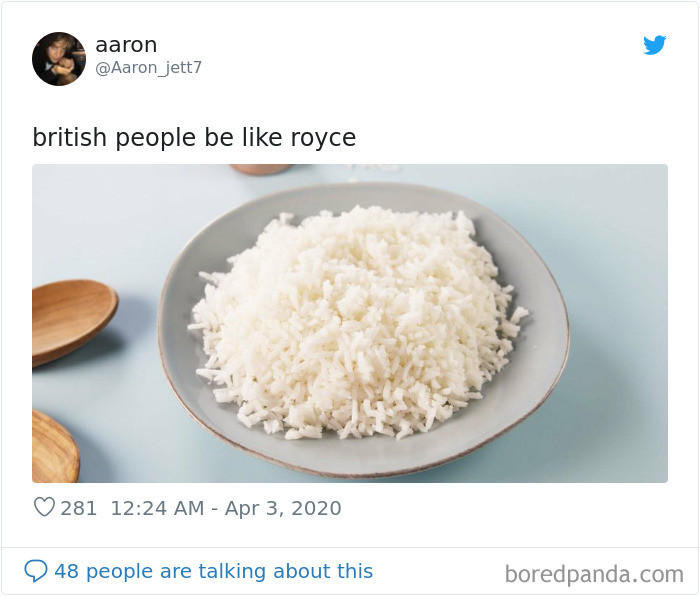 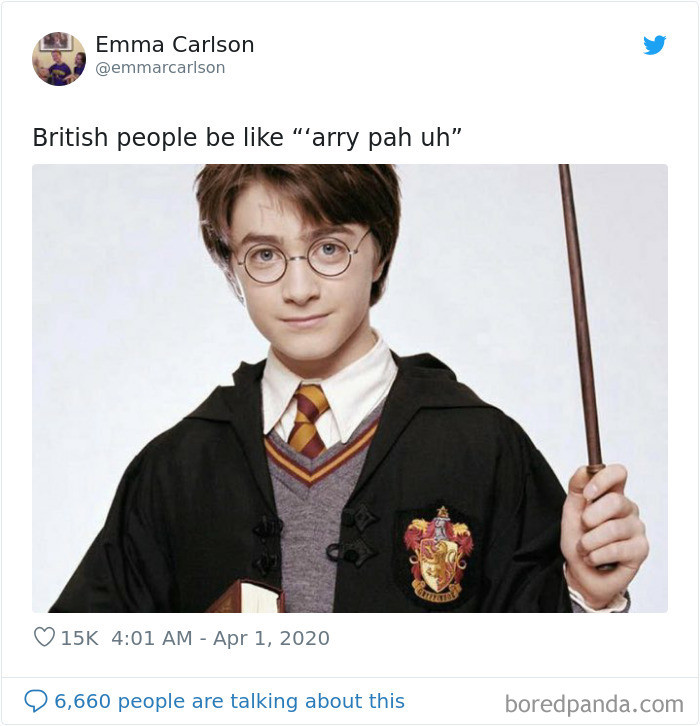 24. Their cuss word unnunciation have got to be the best thing to ever happen to the Earth.

Not only does what part of the country a Brit is from plays into how he or she speaks, but also what country they are from as well. But even more so, on their social class status. In fact, one of the best-known dialects in the world is Cockney, which is generally spoken by the majority of London's working class.

As Twitter users gently mocked the British people, surely they believe that those Brits are speaking Cockney, which may not actually be the case.

But wait, another well-known dialect is one from Yorkshire County. One of the things that sets people from there apart is that words that probably end in 'ee' are pronounced by them as 'eh'.

For example, nasty would be pronounced as 'nasteh'.

28. Bloody is an all time favorite substitute for a "dirty" cuss word. Thanks Ron!

Then there are two main accents that foreigners mix up the most often, the Northern Irish and Scottish. Northern Irish is very, melodic. It flows. However people that speak it, tend to miss some letters in certain words.

Then those with Scottish accents, truly vary from city to city. In some parts of the country, the accents become so similar to the Northern Irish, that it gets very difficult to tell either apart.

Although even some Scots have problems themselves, deciphering just what others from Scotland are trying to say. But especially those from Glasgow.

Oh, but don't forget, the Scouse dialect. It's spoken by those who live in Liverpool. The dialect itself is very nasal-ey, but was made the most popular by The Beatles.

The truth is, every British accent is a gift. And it's one we all should cherish.

The struggle is real.

Best of the best.