Cat Miraculously Survives After Being Trapped In A Washing Machine

Cats are very mischievous creatures who love to explore. Their curiosity and independence is something that many people admire about our feline friends.

Sometimes, however, cats get themselves into a little bit too much trouble. As their loyal servants, it is our job to make sure that their curiosity doesn’t have negative effects.

This cat managed to sneak past his loving owner and found himself in a very nasty situation. Cats are self-cleaning, but this guy decided he needed a little extra cleaning.

Please, especially when gathering bedsheets, check for your pets! Cats, in particular, love to snuggle up, and may not move when you strip the bed; which could lead to a very upsetting story!

Amanda Meredith, from Queensland, Australia put a load of sheets in the washing machine. She then began to hear a strange meowing noise, but thought it was coming from the nearby cupboard.

She went to hang out a load of washing. But when she returned, she saw her cat, Oscar, inside the washing machine. 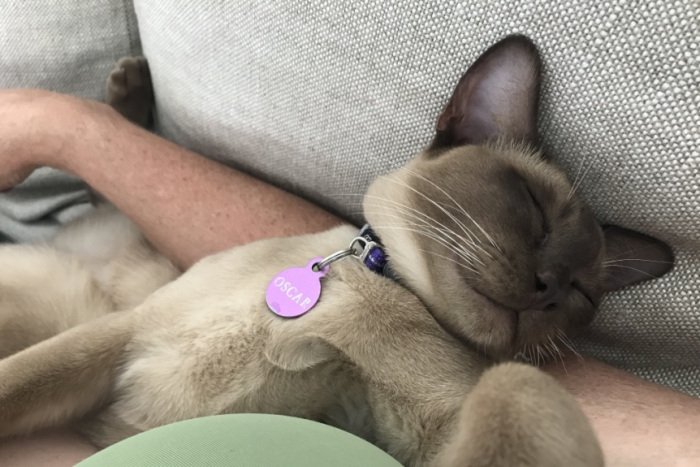 via: Amanda Meredith (via ABC news)

It took two horrible minutes for the machine to drain and Oscar to get out. She phoned the vet, who told her the next six hours would be "touch and go."

After spending 24 hours under observation at the vet, Oscar returned home, and slept for a week. Oscar's owner he used up "three of his nine lives" in his horrifying twelve minute hot machine wash. 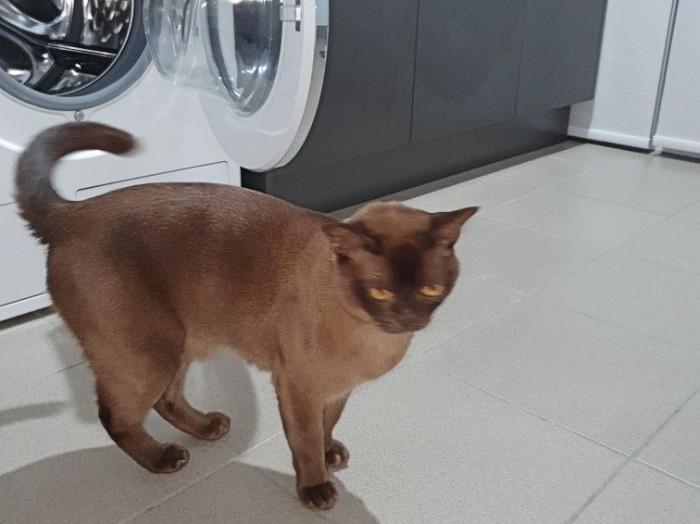 via: Amanda Meredith (via ABC news)