Facebook Marketplace and Craigslist are fantastic places to find great deals. You can even haggle to get the price lower. And that is great- if you are a buyer.

If you ask the sellers, they might not be so thrilled with the process. After posting the ad, they have to deal with tons of spam messages, all kinds of bots and trolls…

But sometimes the sellers strike back, and when they do… its hilarious. One guy wanted to sell his PS4, and he got a pretty much ridiculous offer for it…

He started to troll the unlucky buyer and shared the screenshots online. And we are grateful for it. 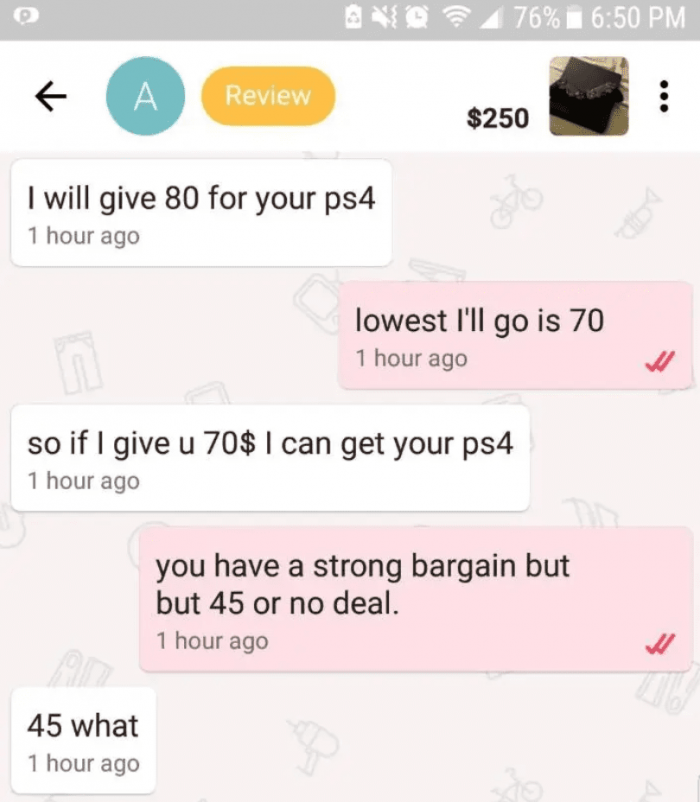 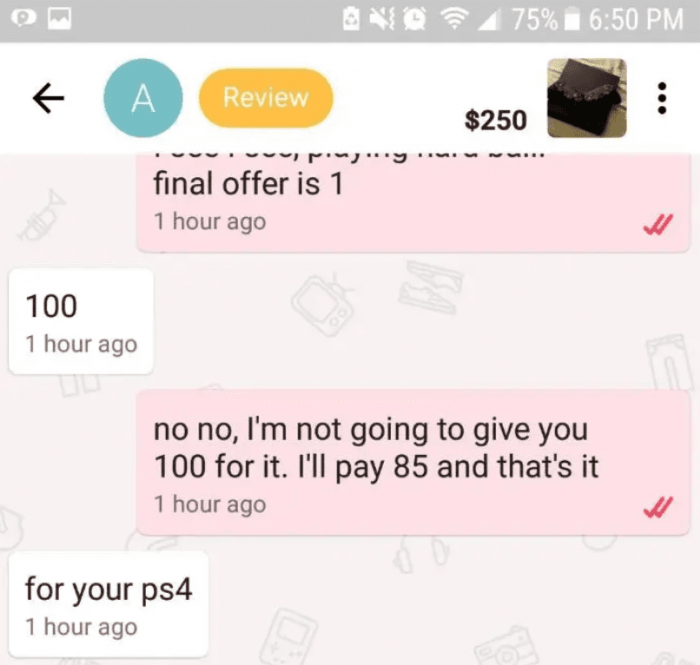 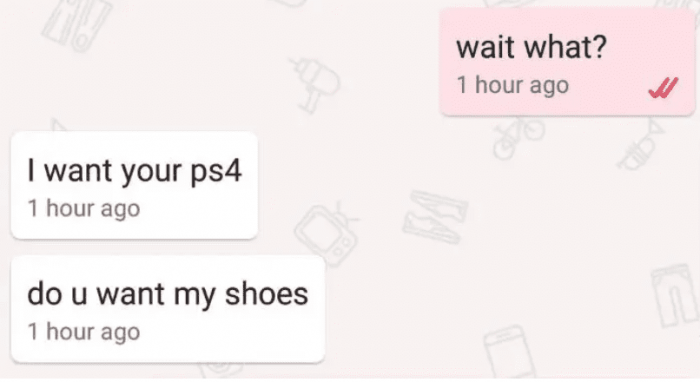 It soon took a turn for the hilarious. 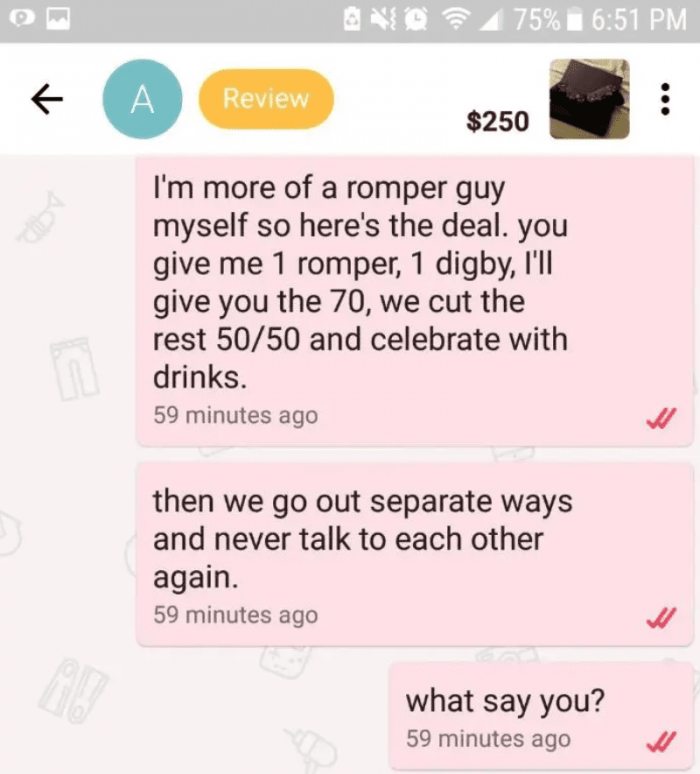 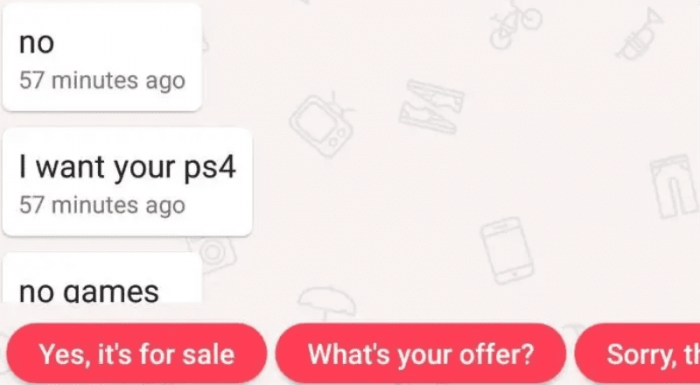 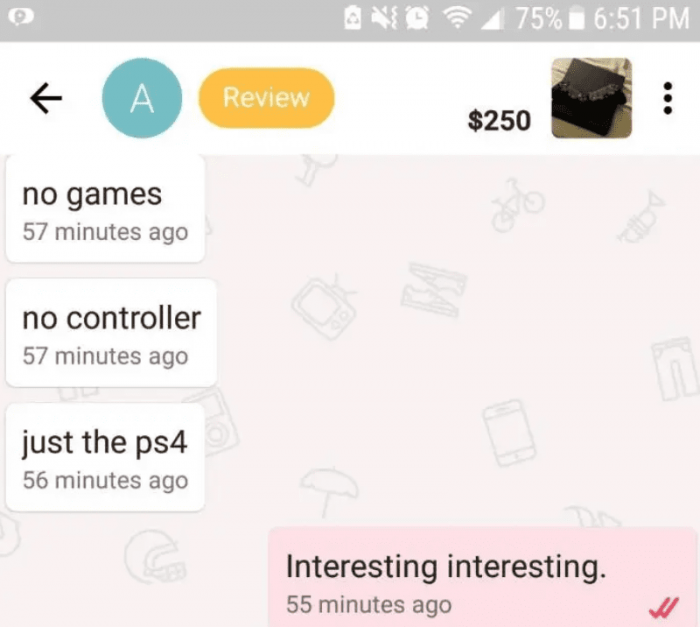 The conversation kept getting more creative. 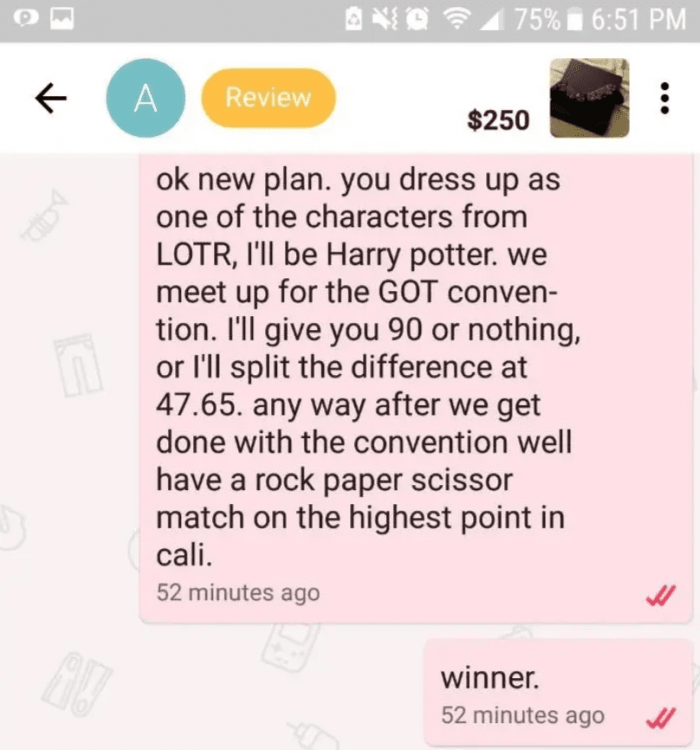 The seller is evidently still annoyed that someone would offer only a measly $80 for an item listed at $250, so he kept trolling the prospective buyer. 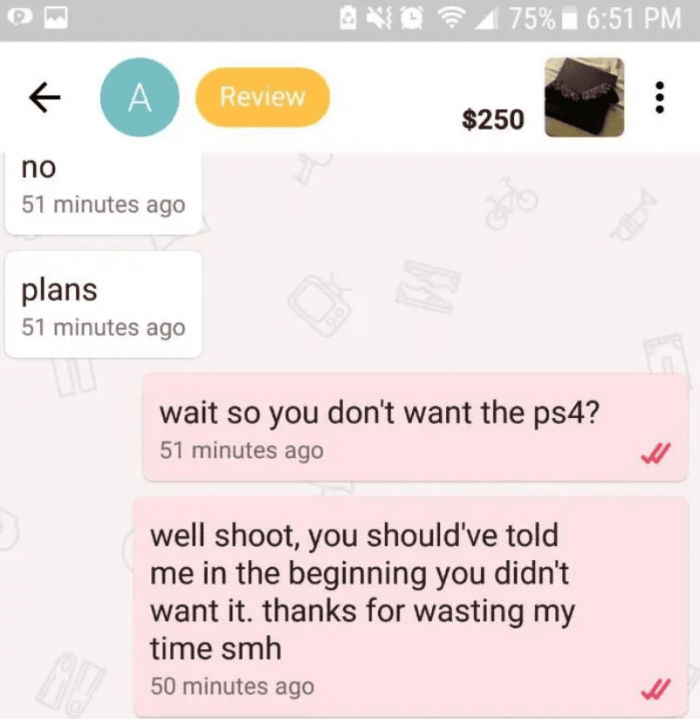 Even the POTUS was involved in the business talks. 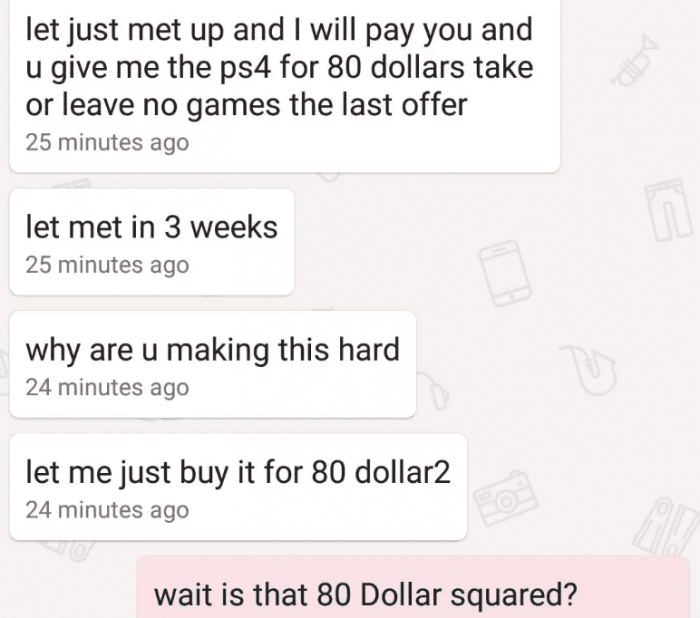 The buyer’s age didn’t stop the annoyed seller from trolling him. But it does explain why he offered such a small amount for the PS4. 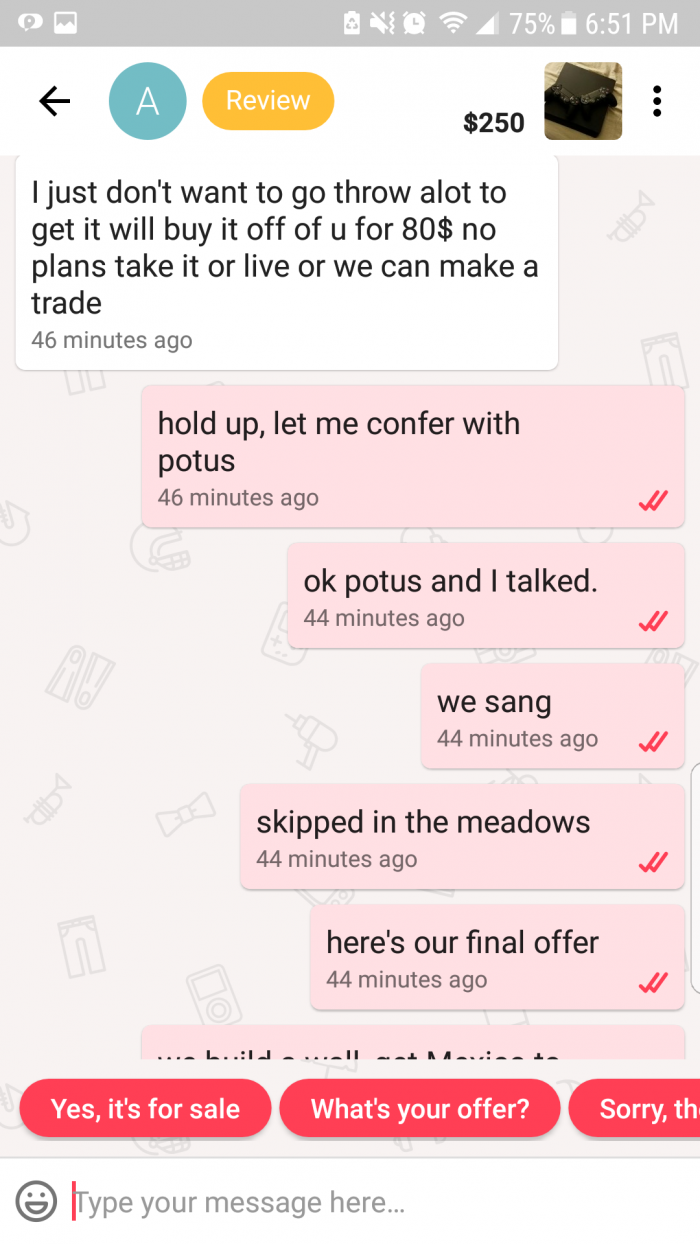 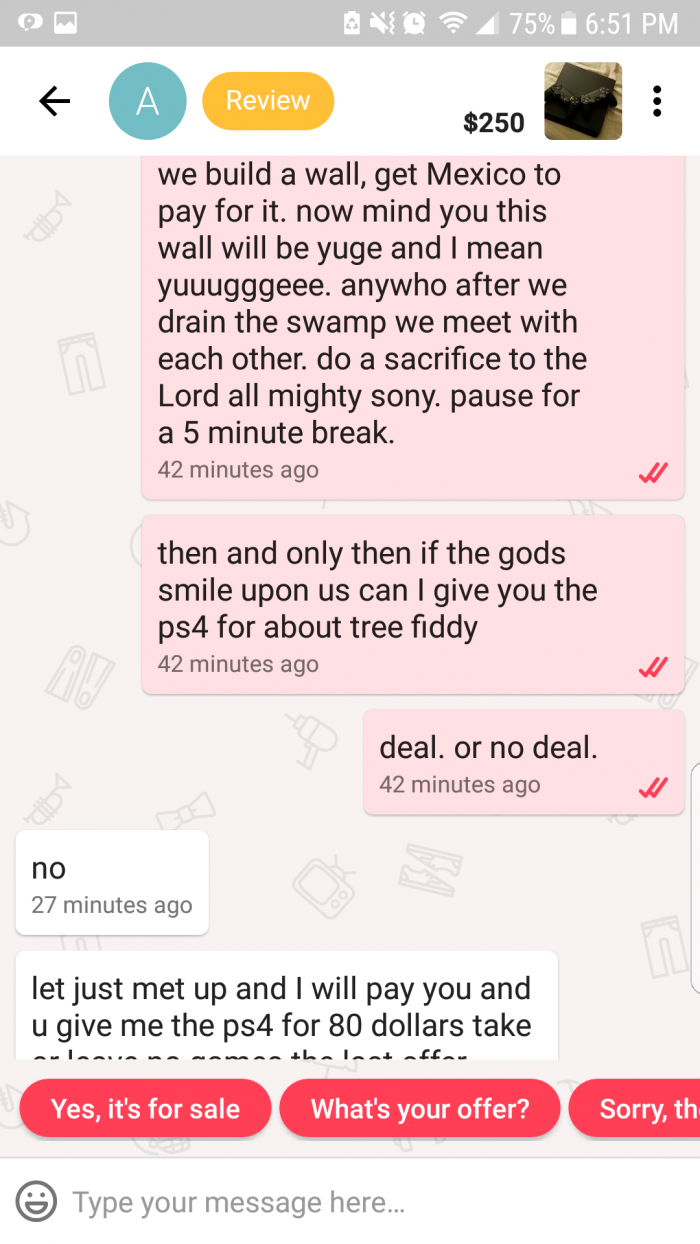 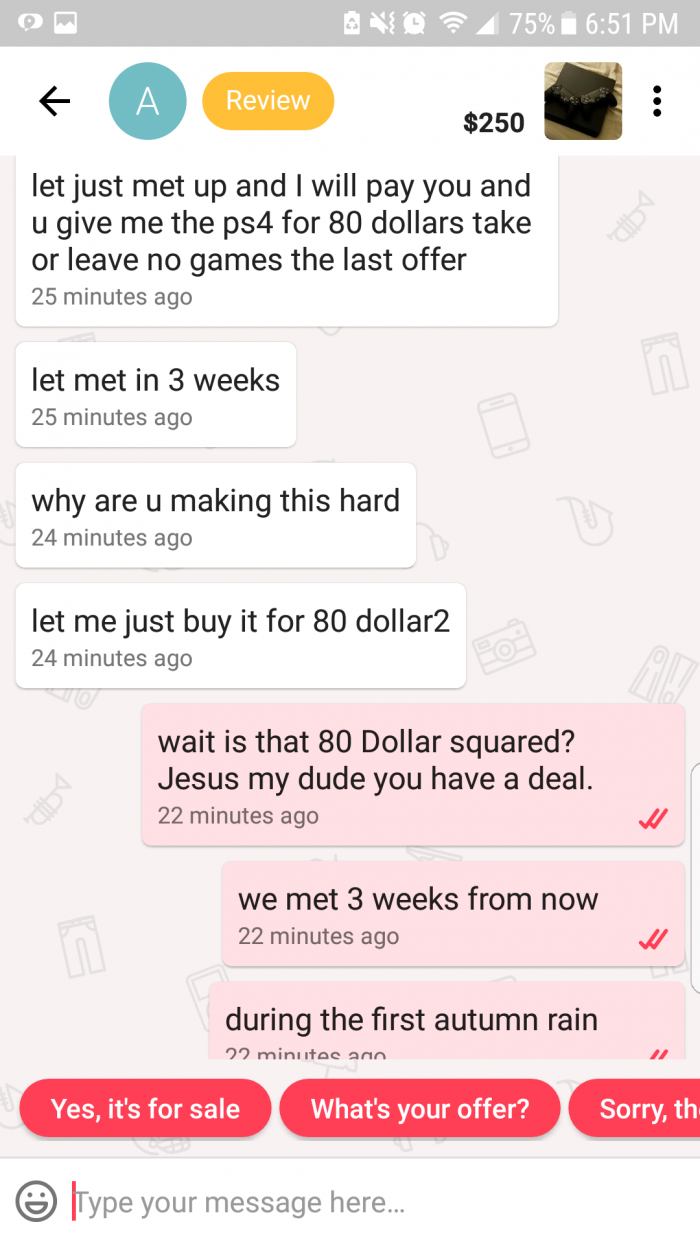 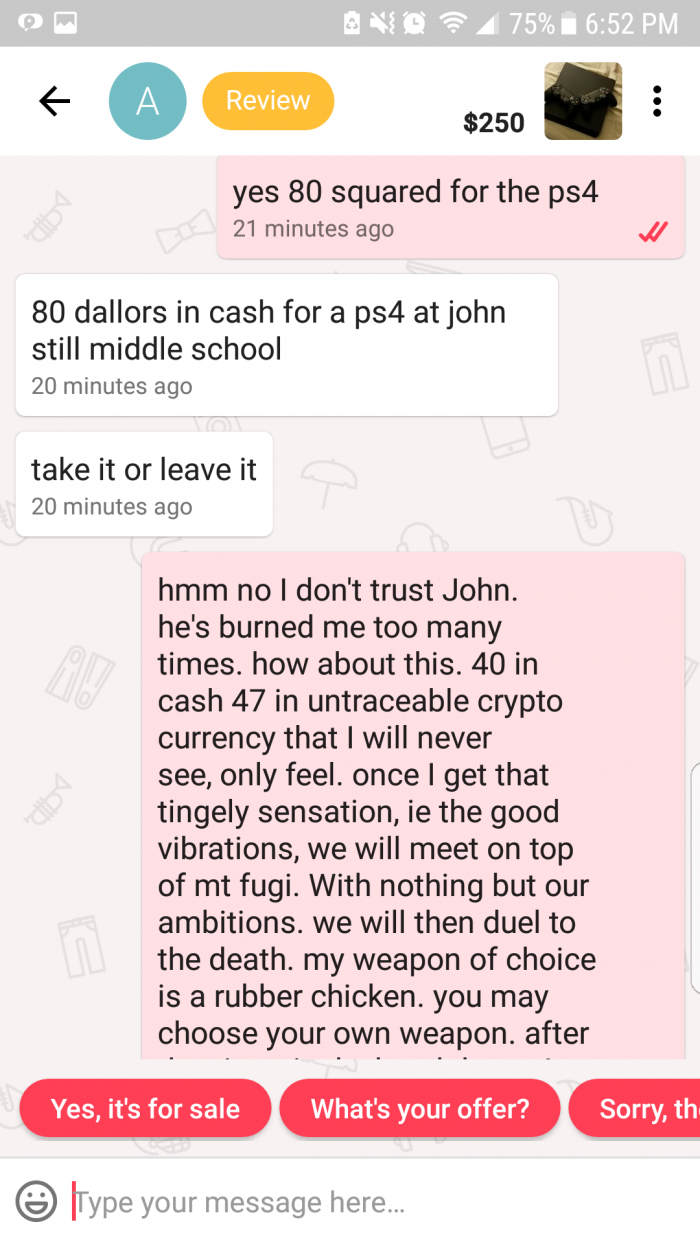 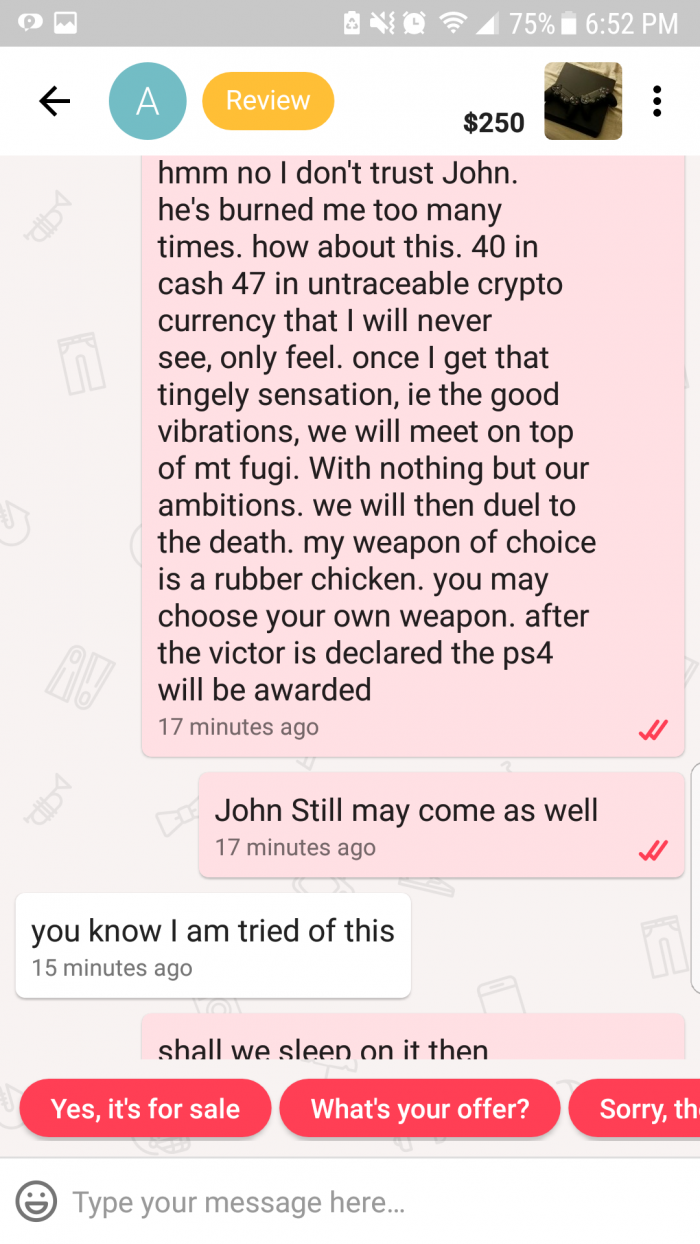 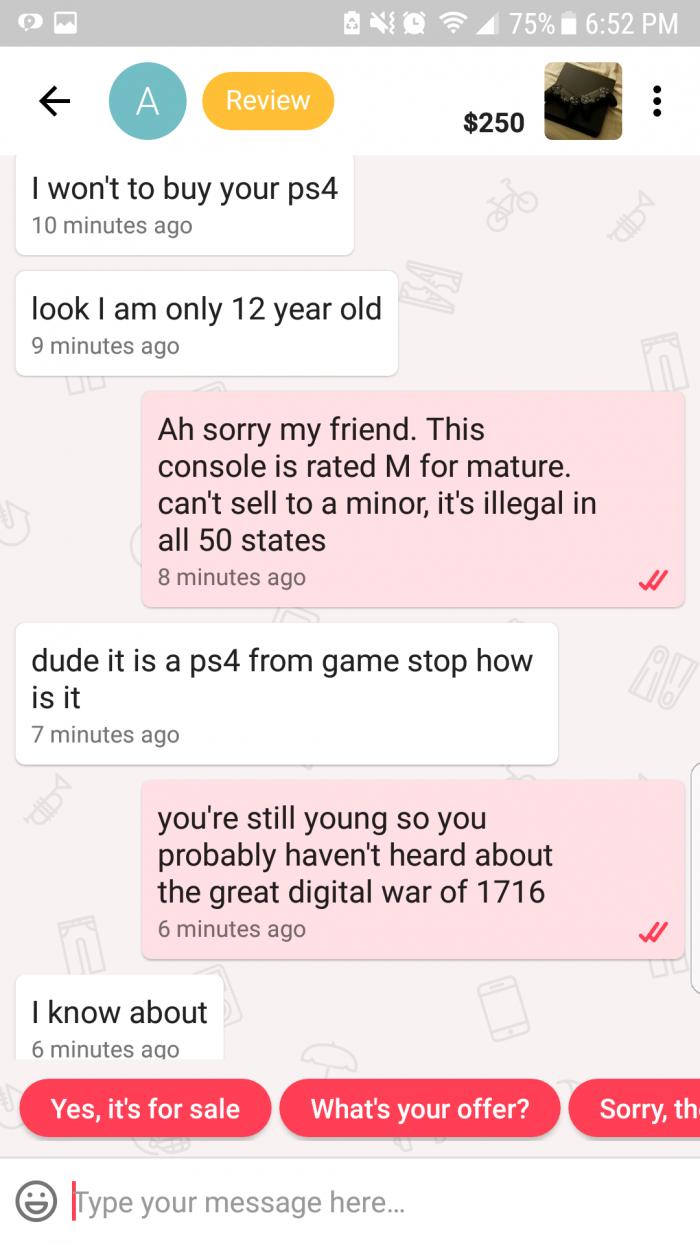 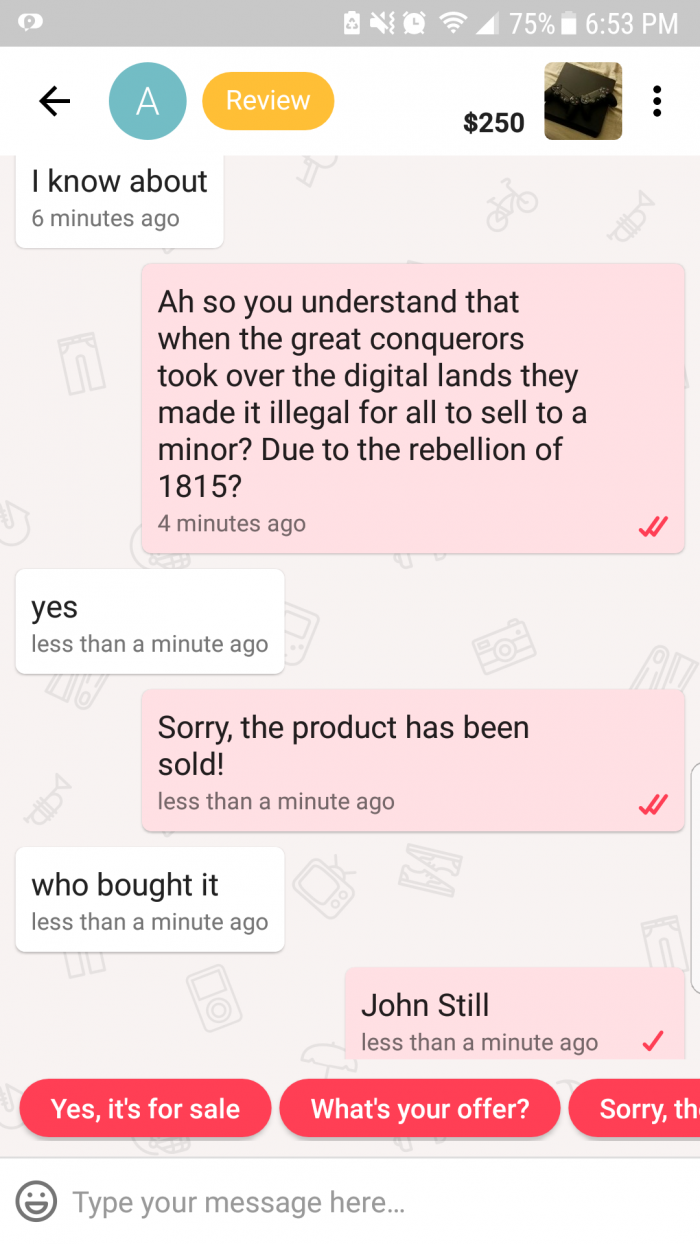 We can still be friends: 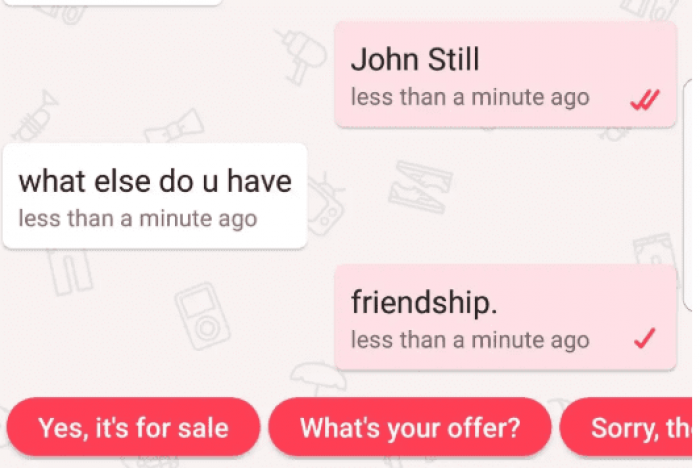 We have to admit that we feel awful for laughing at the kid who only wanted a PS4, but it is so funny….We are going to hell.