People Admit What They Hate About Americans

If you could speak anonymously to the world your thoughts about American citizens, what would you say? Americans themselves have big opinions... about themselves.

Sometimes a little too egotistical, sometimes a little too harsh, and plenty of times right smack in between. The rest of the world has their opinions, too, and while many Americas could give a hoot about what other countries think of us, some Americans remain consistently curious about how we're perceived.

There's plenty to admire, but there's a whole lot to scoff at, too. For such a rich and powerful country, we sure seem to miss the mark significantly, and these answers prove it.

It was only a matter of when that this one would pop up. 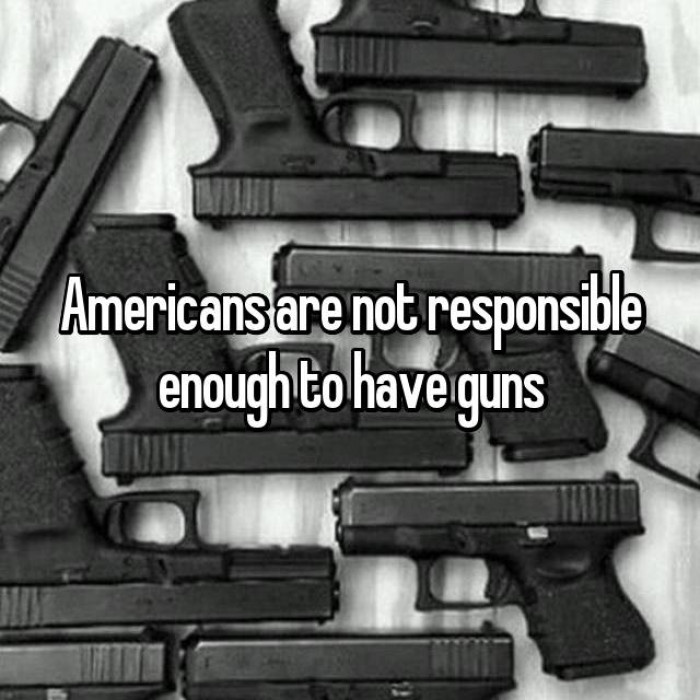 I see no lies with this one. 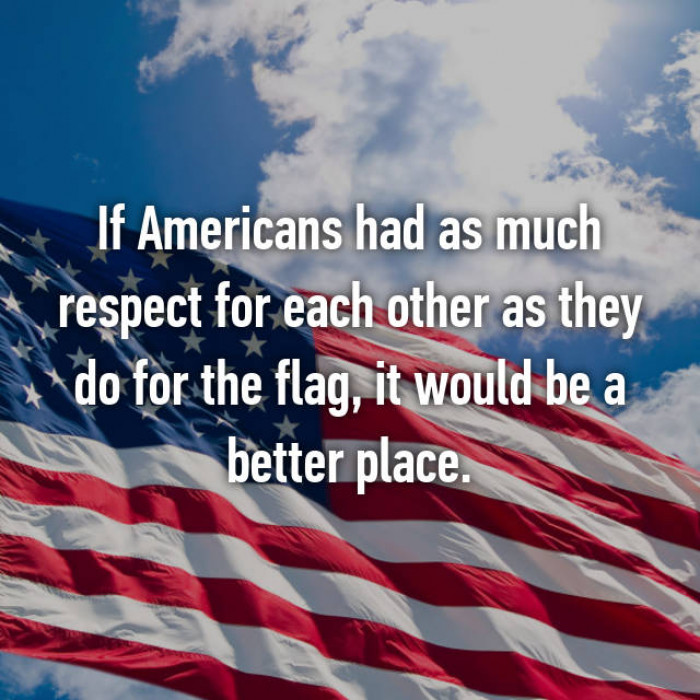 3. The worst reality show ever.

I hope next season is better. 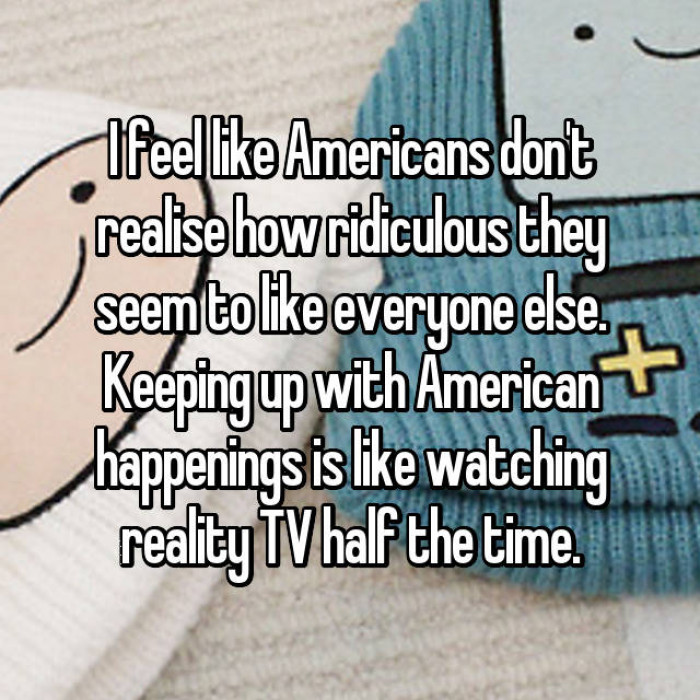 Cut us some slack, our accents only get worse. 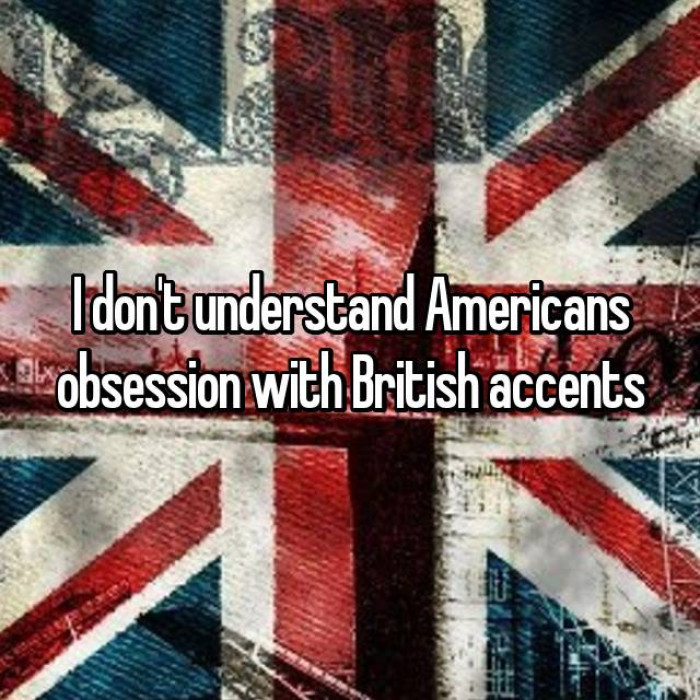 We make no sense, sorry. 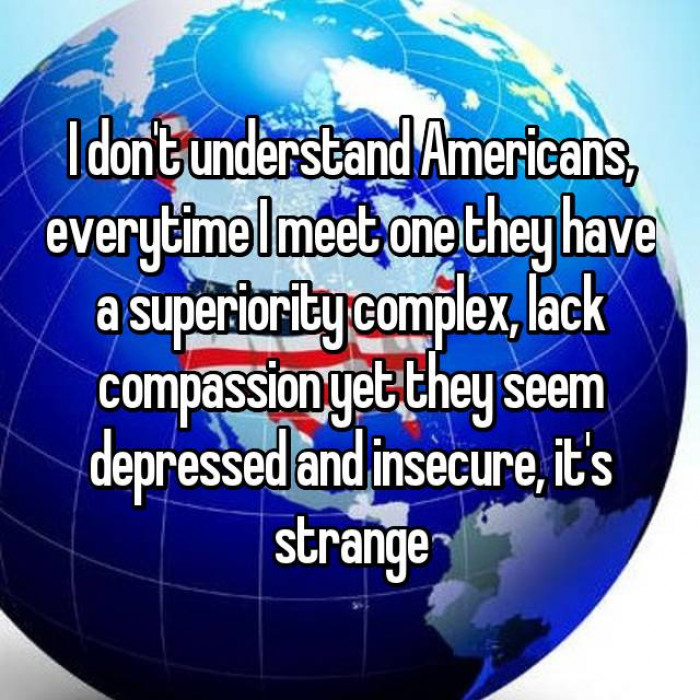 6. Nobody else in the world is impressed with our lackluster education system. 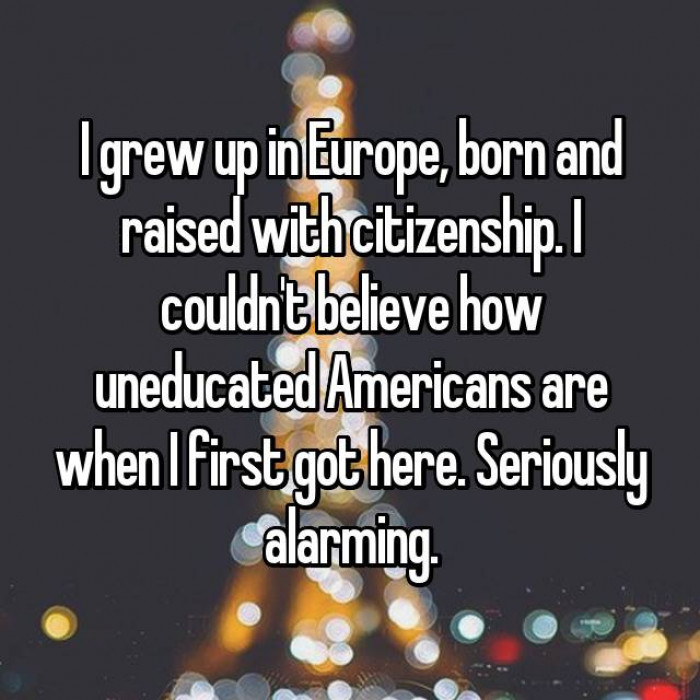 7. Well, everyone is capable of making terrible music.

It's definitely not just us. 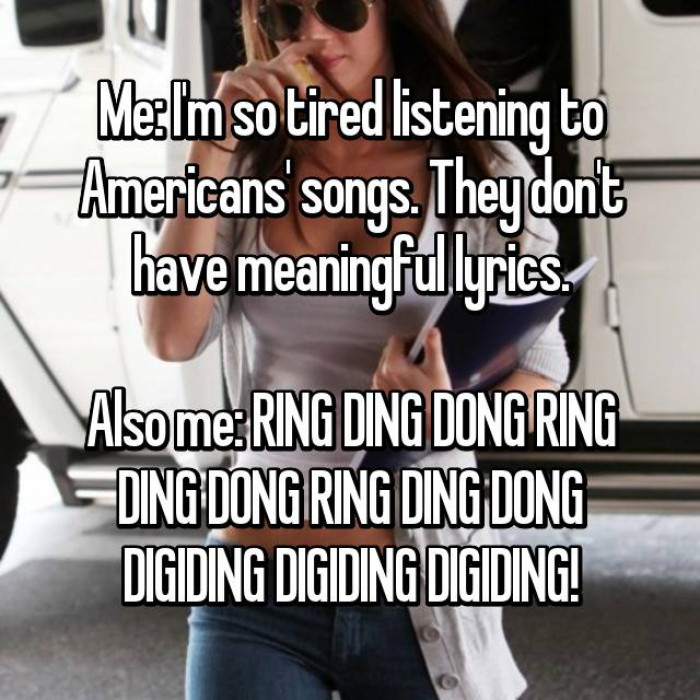 8. The school system is a bit of a disaster.

It seems to be getting worse, too. 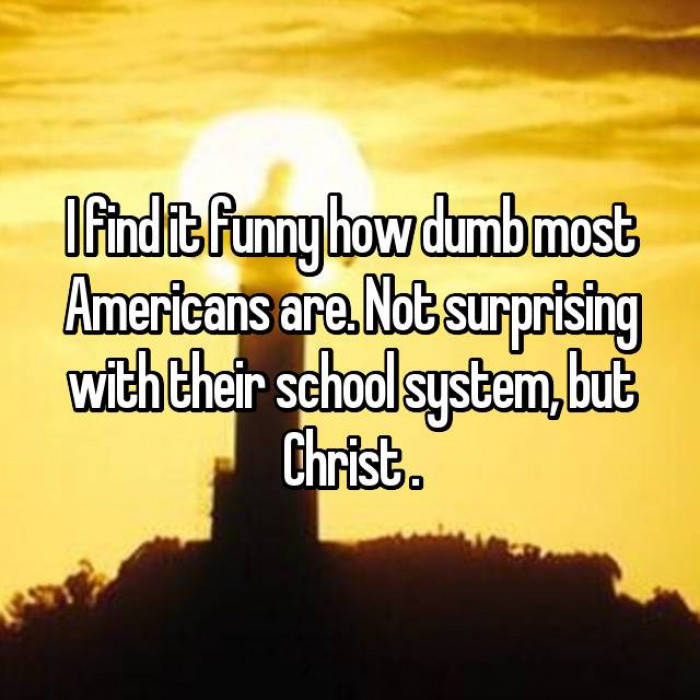 9. Wash your legs and do your dishes, damn. 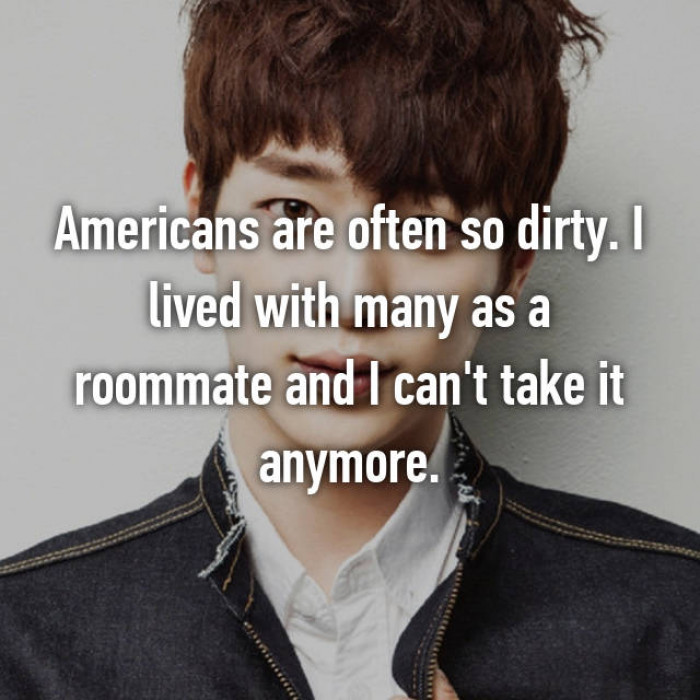 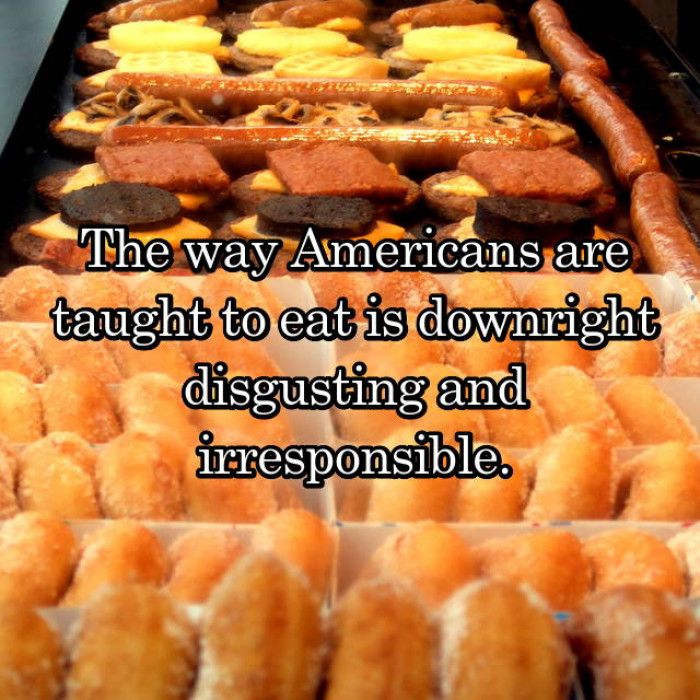 11. Facts are attacks when you're in 'Murica. 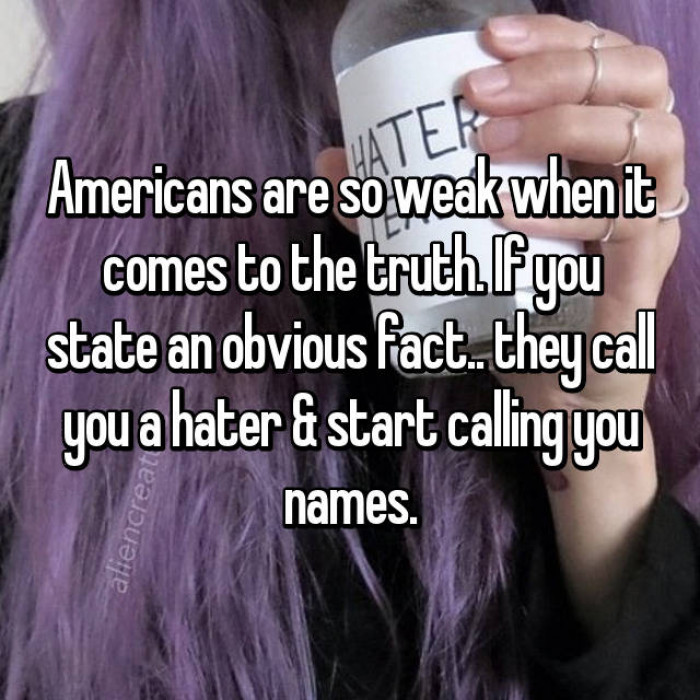 The food... it's never-ending. 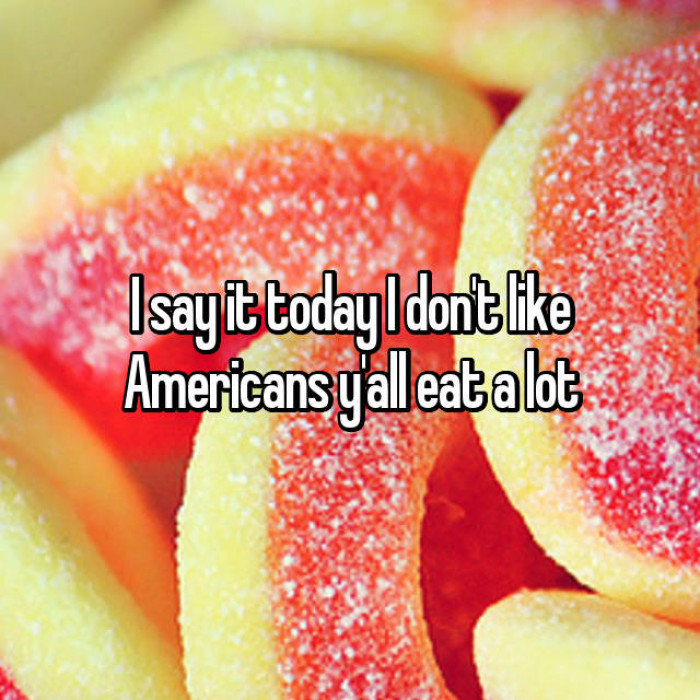 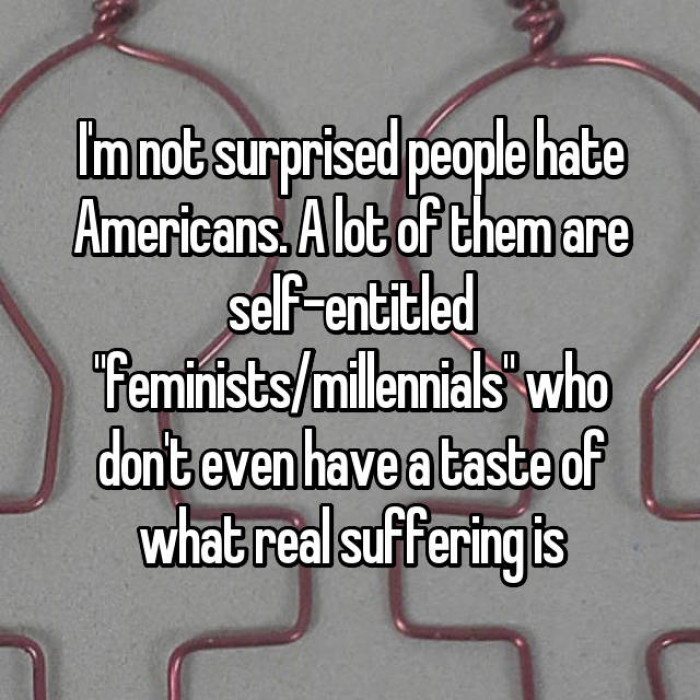 14. Racism is not American, but we sure take it to the next level, don't we? 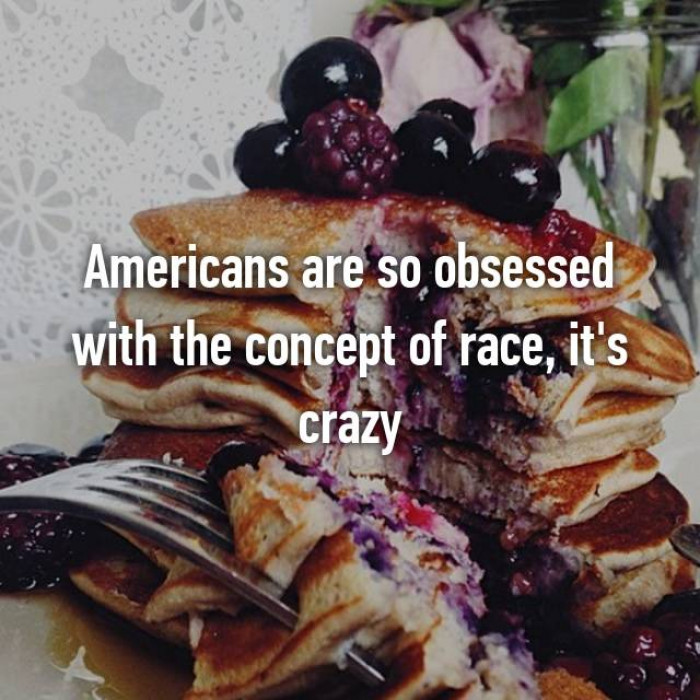 Can you guess where in the US this person lives? 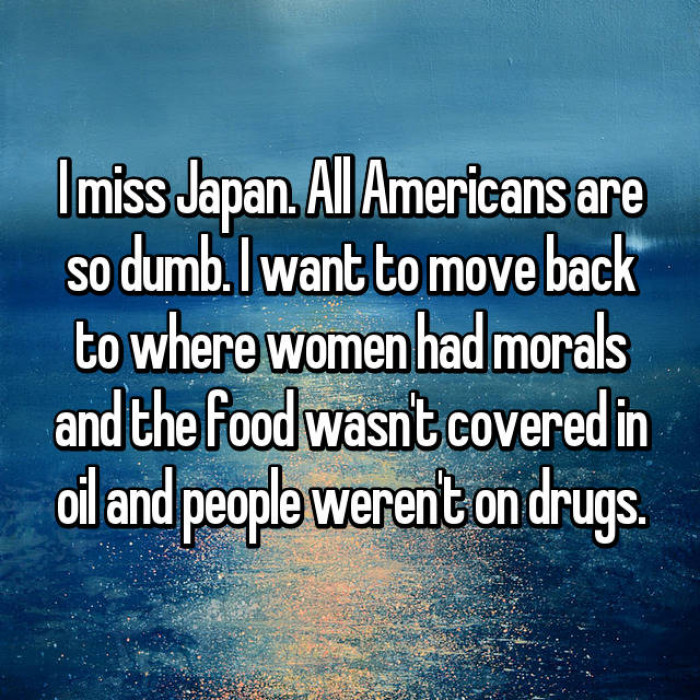 16. I'm going to need to speak to your manager.

Karens originated in the US, y'all. 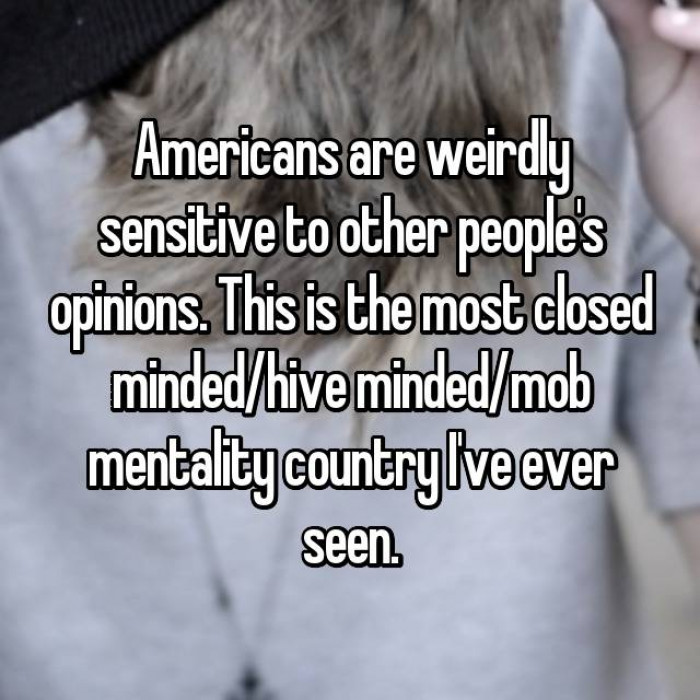 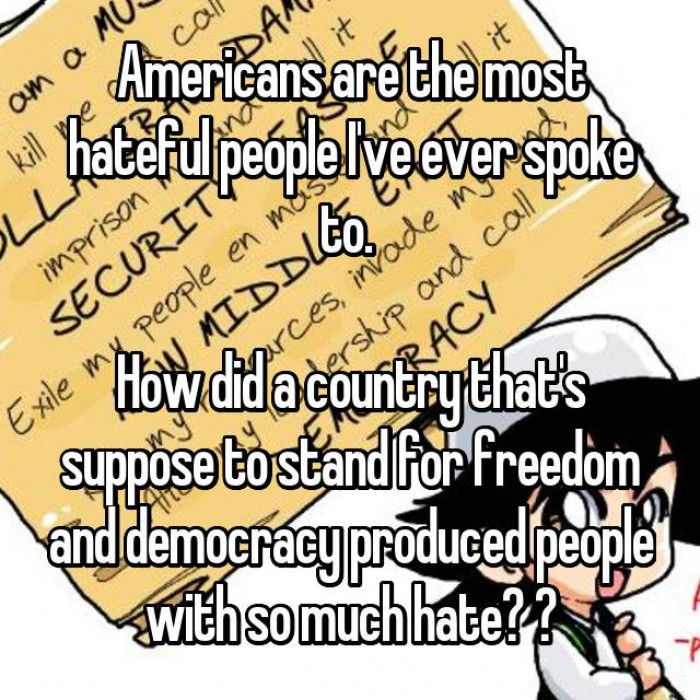 But I mean, whatever. 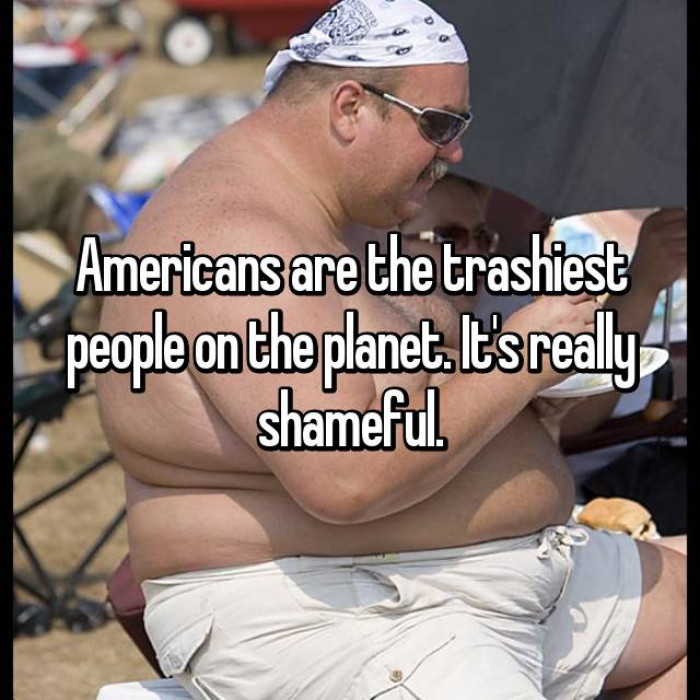 Oof, what are your opinions on Americans? Obviously there's no need to go gentle, let it all out in the comment section now.