If You Want To Work In The Cranberry Bogs, You Better Be Fine With Wolf Spiders Crawling All Over You

If you are not from Massachusetts or some other cranberries’ producing region, the word bog may have some scary and unpleasant connotations. Well, for your information, when you hear a person talking about bogs, it doesn’t necessarily mean he is keeping a mummified body in his basement.

Most likely, he is talking about cranberry farming. They are grown in bogs, and they are flooded when the harvest time comes.

And this is not the only thing interesting about cranberries. Bogs are inhabited by fearsome wolf spiders, used to control the pest population. But some people (most people) aren’t aware of that fact when applying for a job in cranberry bogs... 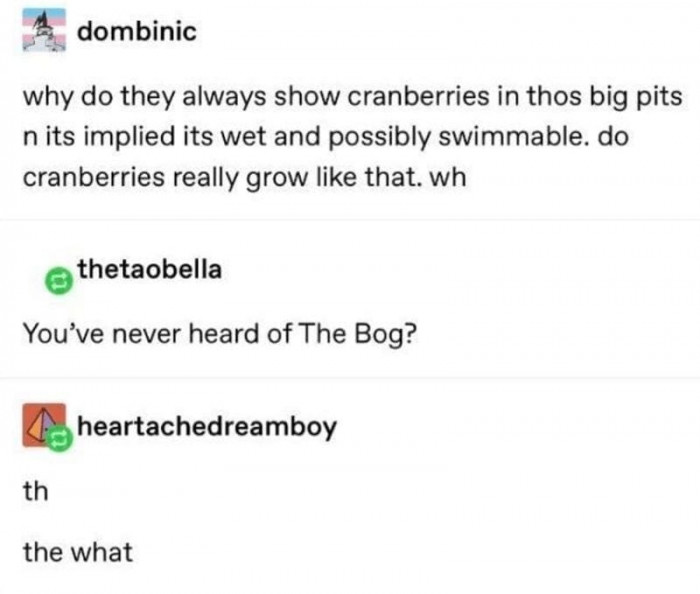 For some people, “The Bog” spontaneously invokes images of bog bodies. Not very pleasant… It’s completely different in Massachusetts, though… Thank God. 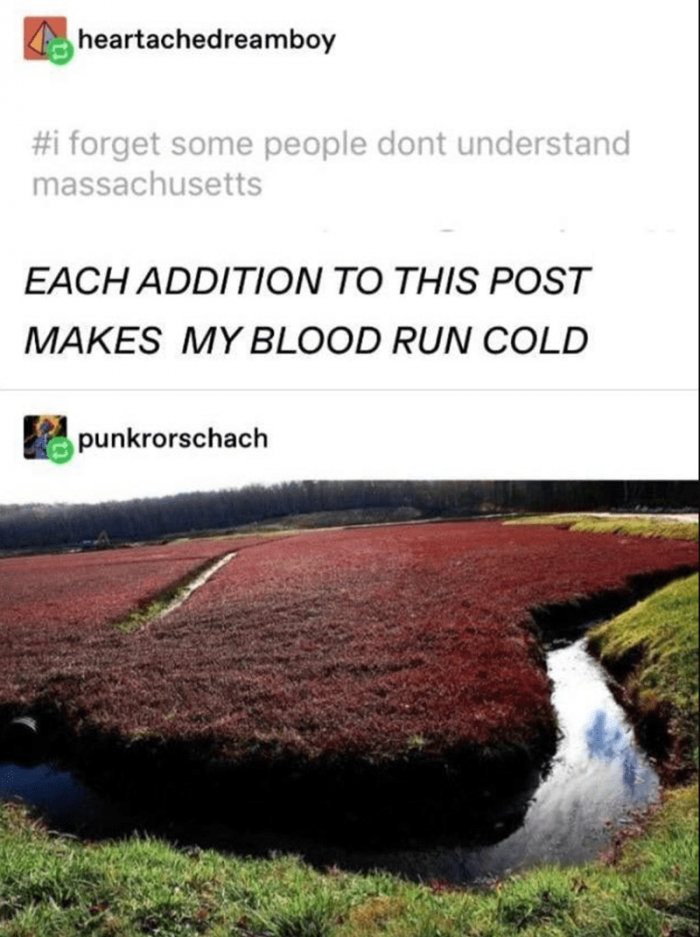 Cranberries are grown in bogs. When it’s harvest time, the bogs are flooded, and the berries rise to the surface, where they are gathered in these hoops. 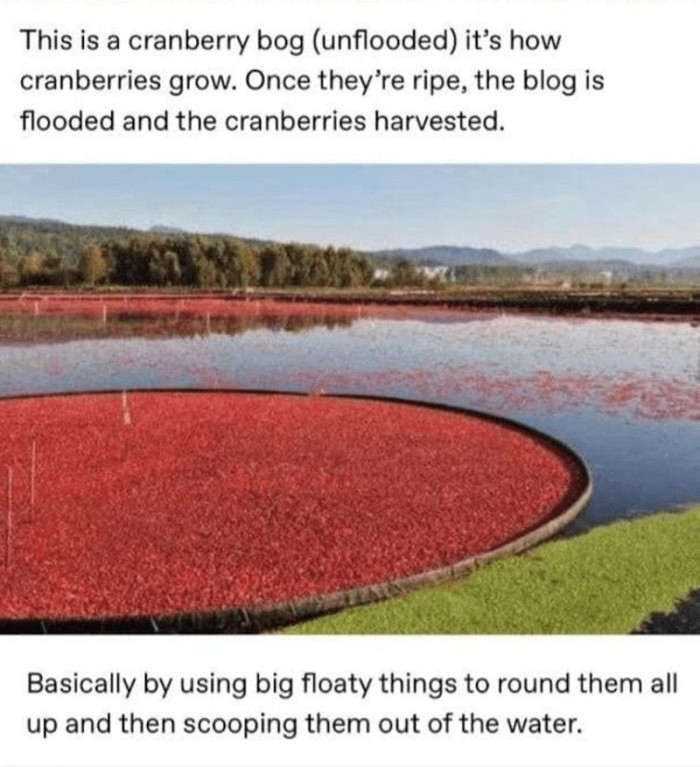 Farmers use wolf spiders to keep the pest population under control. It's far better than using pesticides. 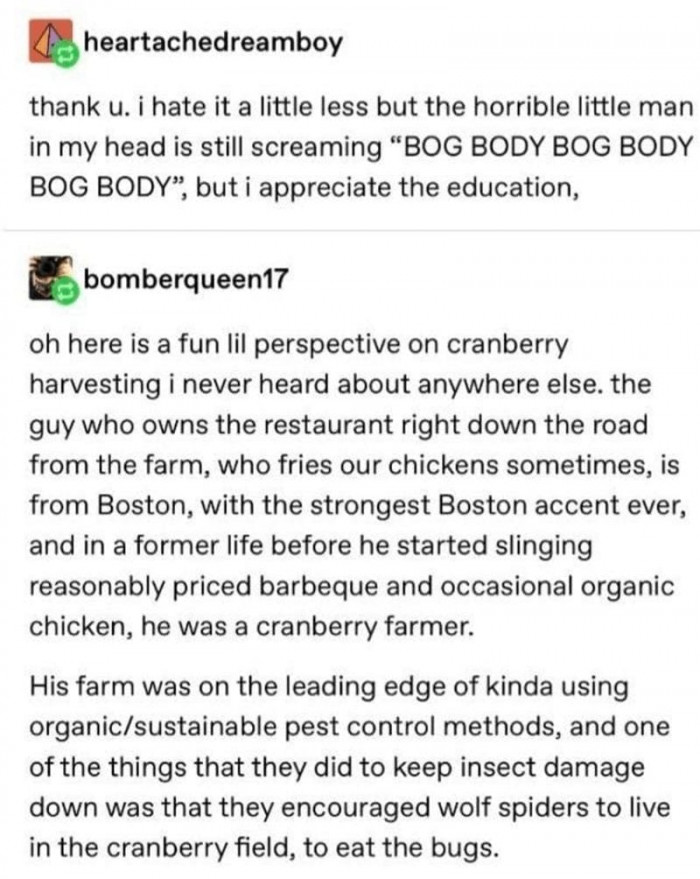 This is all very nice until it’s time to overflow the bog and collect the berries. There’s a good reason cranberry farmers ask potential employees if they’re okay with spiders... 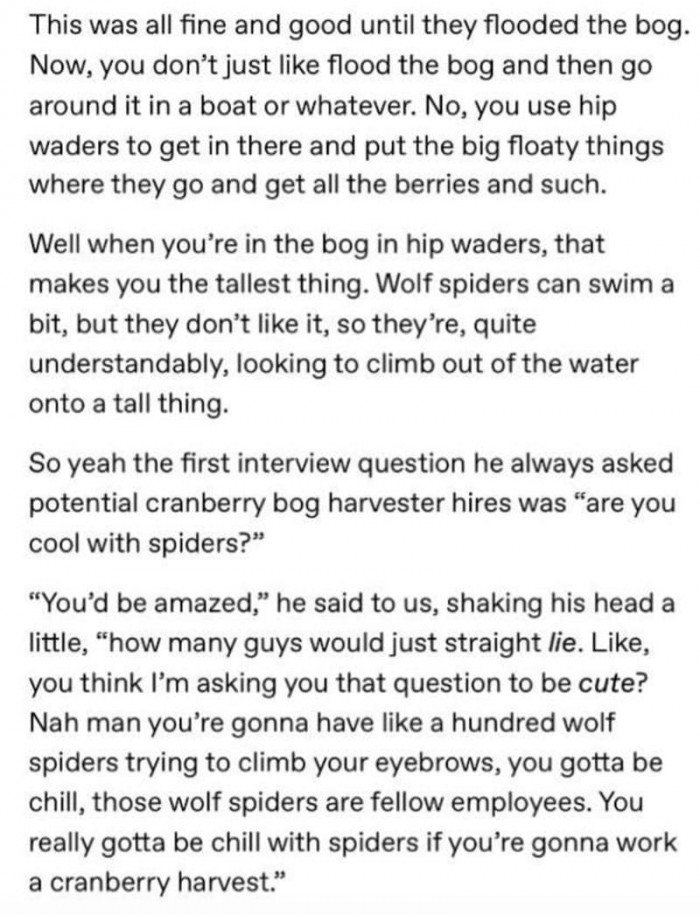 It doesn’t sound like a pleasant experience, doesn’t it? Most of us don’t really mind spiders – when they are far away. That would probably change the minute they get on your face or into your hair. Would you be comfortable with this?