Teen Girl Had To Give Control Of Her Social Media To Her Parents As A Part Of A Punishment, And It Resulted In Some Hilarious Posts

Young Madelynn made two mistakes. The first one is that she had helped in sneaking boys to a sleepover party. The second one was letting her parents find out about it. Tawnya Ford and Larry Sumpter spent a lot of time devising a punishment for their daughter, and after a lot of consideration, came up with this terrifying verdict. They gave her two choices: one month without her phone, or two weeks without the phone but they get complete control over her social media accounts.

15 -year-old Maddi instantly chose the second option, and like all rushed decisions, it proved not to be a wise one. 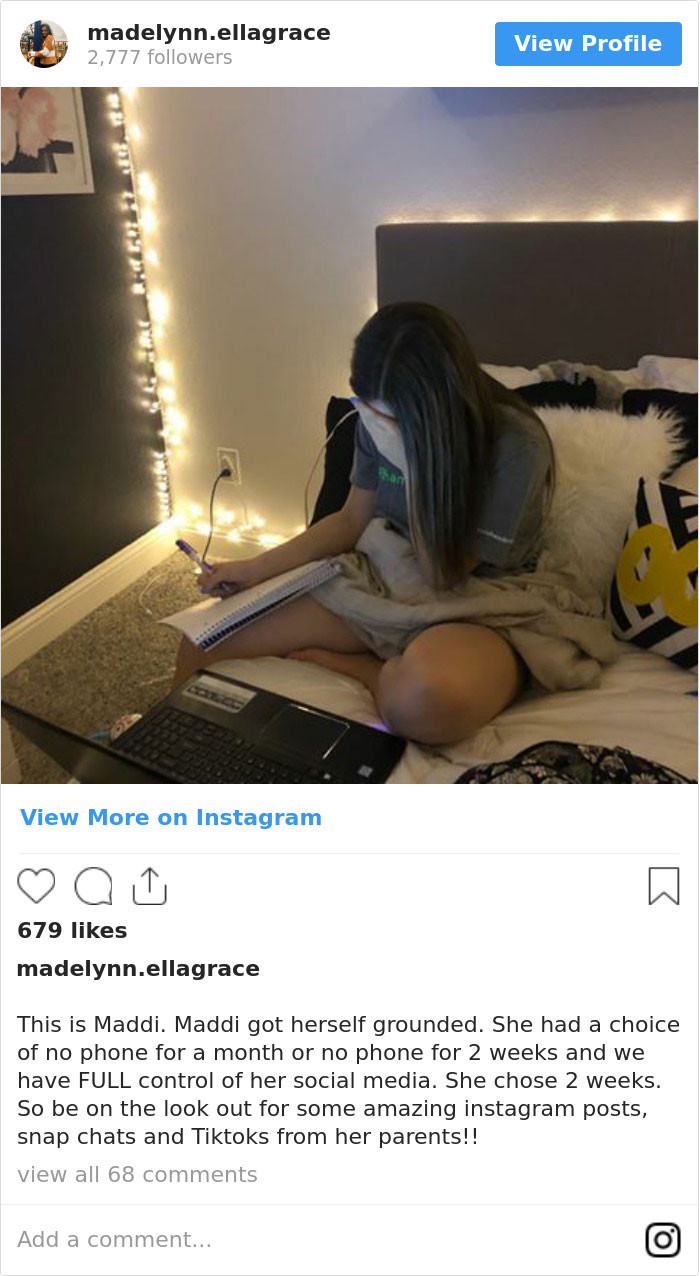 Not a lot of time passed before this high school sophomore from Denton, Texas began to see the consequences of her not well-calculated decision. As soon as her dad got control of her social media, he instantly got creative on her Instagram and TikTok profiles. It was like letting a wolf guard the sheep. 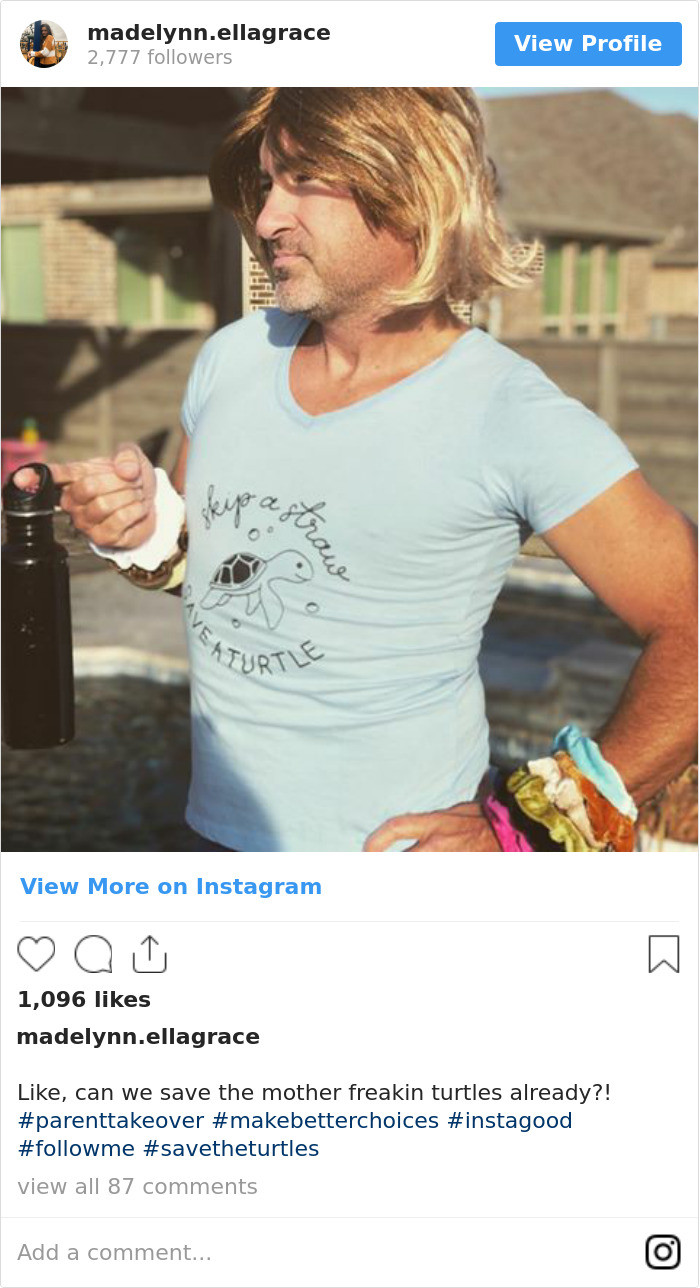 He started to mimic modern teen pictures and videos. His videos of dancing around with his son-in-law in crop tops or selfies of him lying in bed and gazing into the distance began to attract an audience. Even Madelynn’s classmates started to regularly check for new posts. 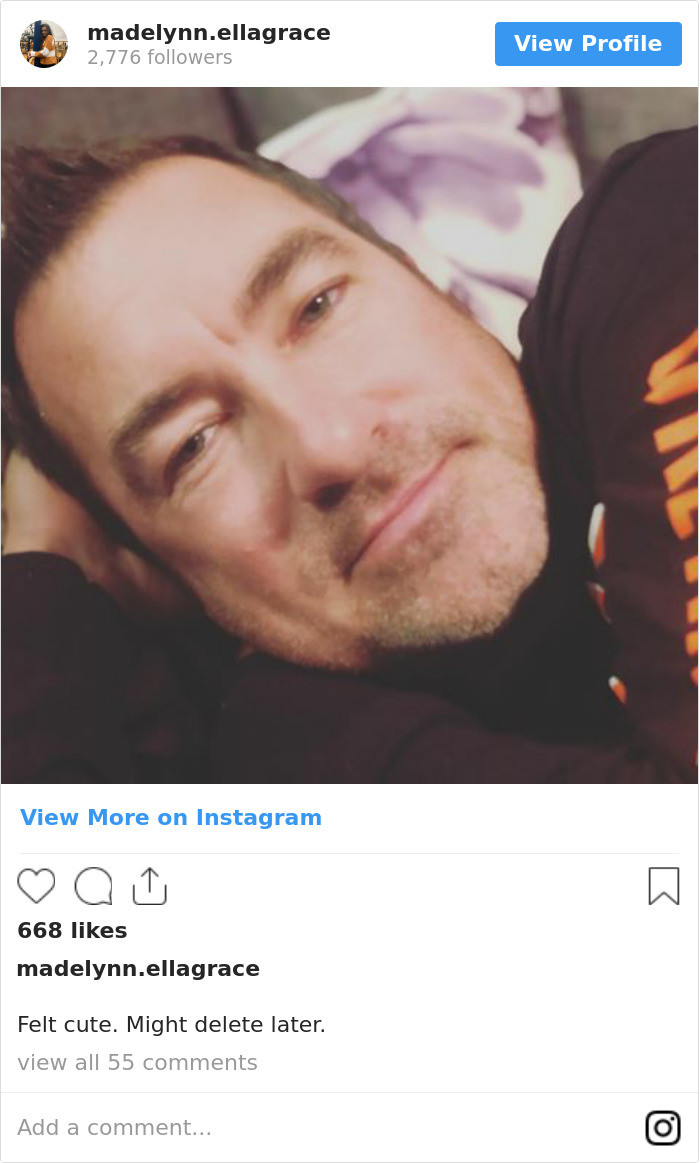 “After the first day, Madelynn was like, ‘I changed my mind, I choose the one month,'” Ford said to TODAY. “Larry told her, ‘No. I’m too invested. I have too many ideas. We’re sticking with the two weeks.’ He’s loving it. I think he’s gonna make his own TikTok account when this over.” 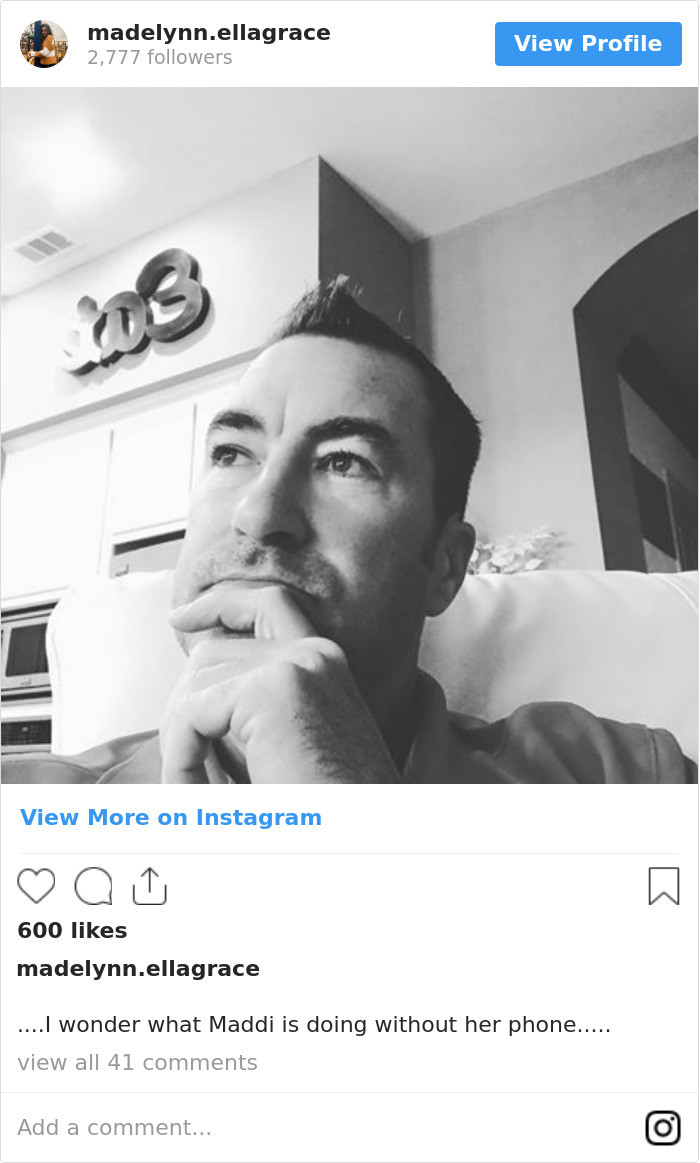 “We’re always down to embarrass our kids!” the mom said. 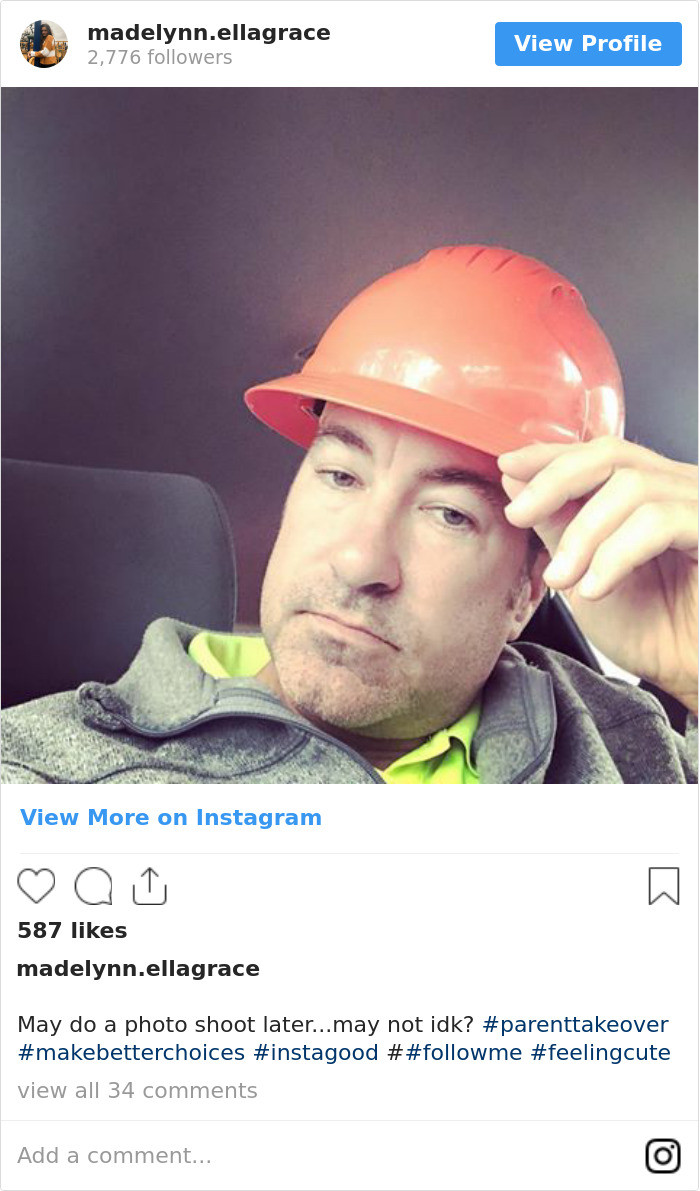 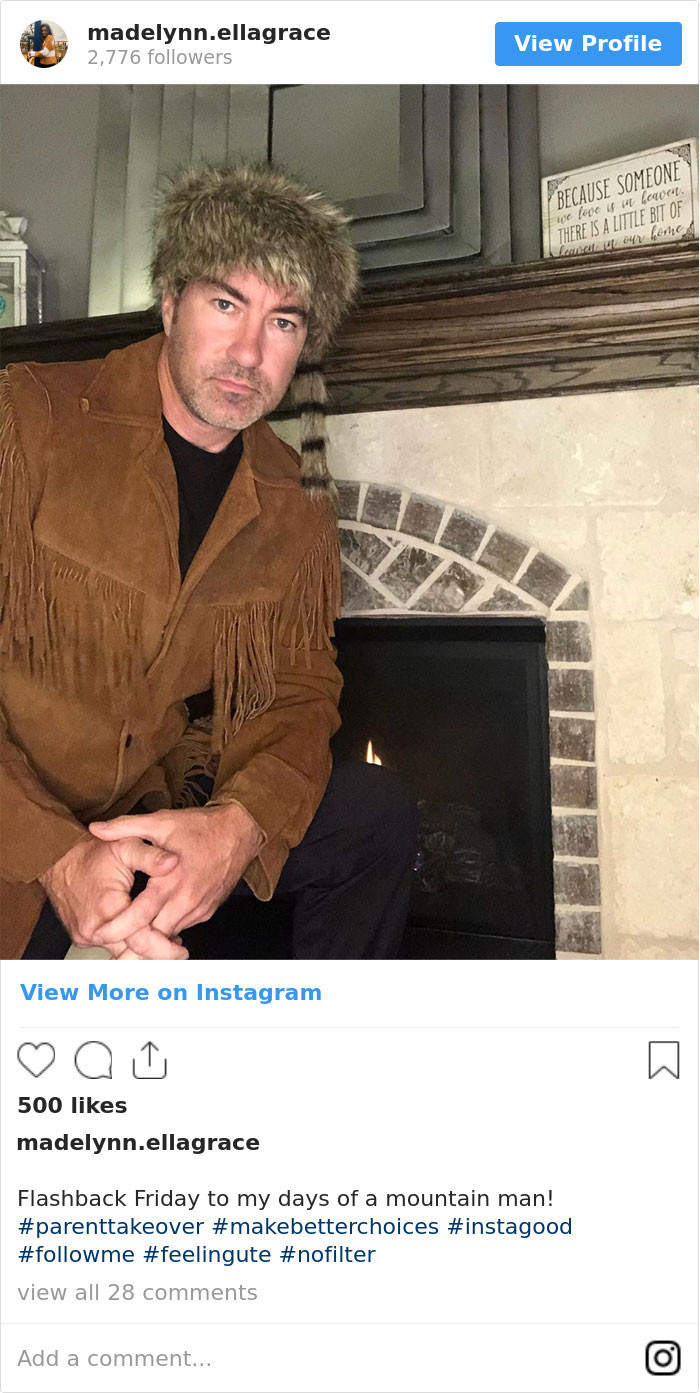 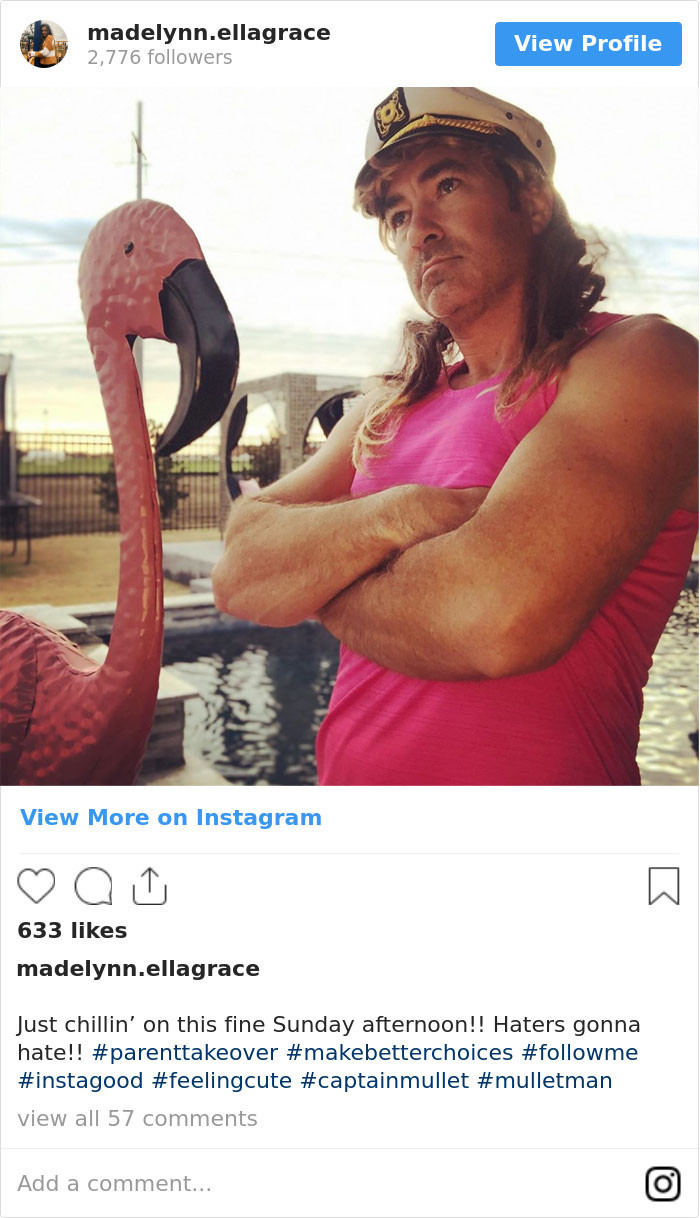 Maddi couldn’t wait to get her social media back, and the first thing she did after the official handover was to post a pic from her early childhood on Instagram, saying: “I’m back sweeter than ever and ready to make good choices.”

One of her followers soon responded: “Call me crazy, but your dad made cooler posts.” 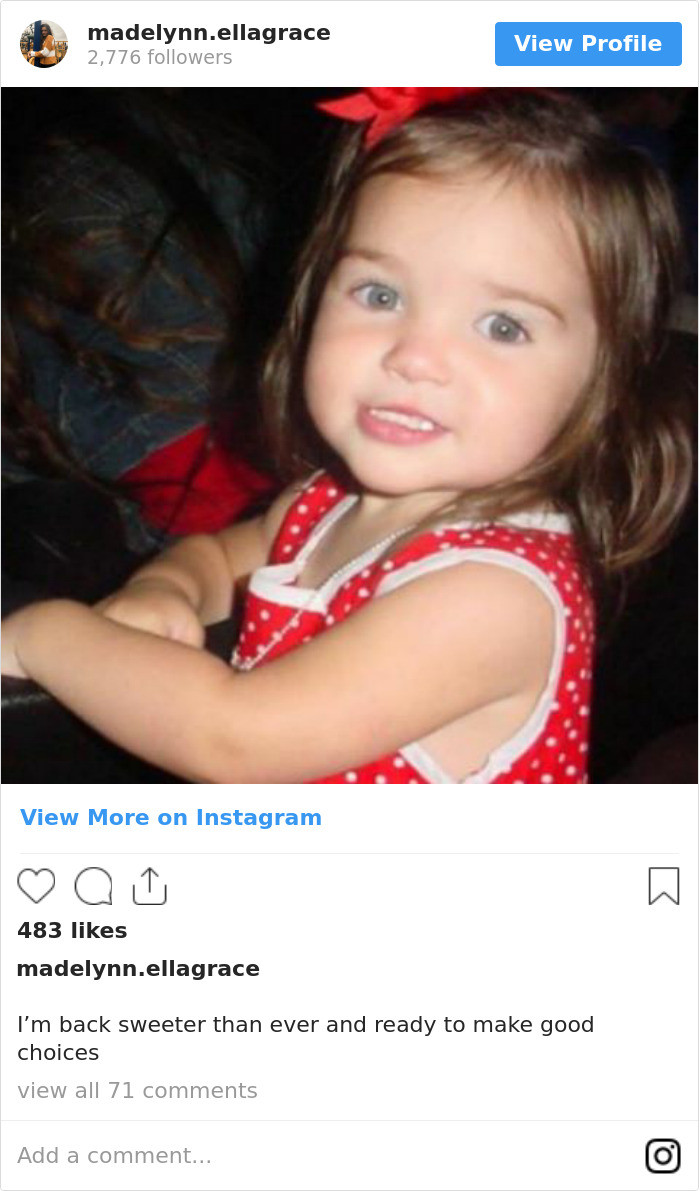