If you live in a city, or even a big town... there's likely a pubic transport system. While we are grateful that affordable (usually) mass-transport exists, there is just something icky about it, and I have never spoken to a single person who doesn't agree with that.

People just seem to think public transport is an invitation to act buck-wild and quite frankly, grotesquely. For me, being on public transport should be the same as being in a restaurant, or a library... basically any public space.

For other people, that just doesn't seem to be the case. The stories I have heard... we could talk for hours, but instead of telling, how about showing!

Below are 30 people who got caught out being super gross on public transport. Get ready to feel seriously GROSSED out.

These all came from a now archived Reddit thread, but we've handpicked the best (or worst?) for you!

1. Stretched out on a crowded train 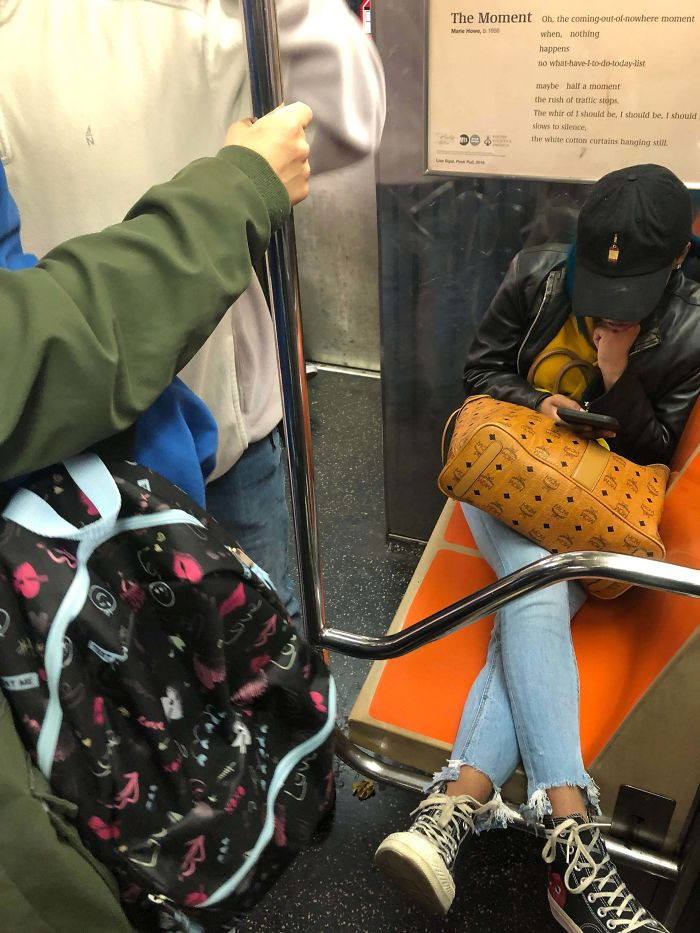 2. This guy was asked to move, but told other passengers he was 'too tired' to give up any of the 4 seats he took up. 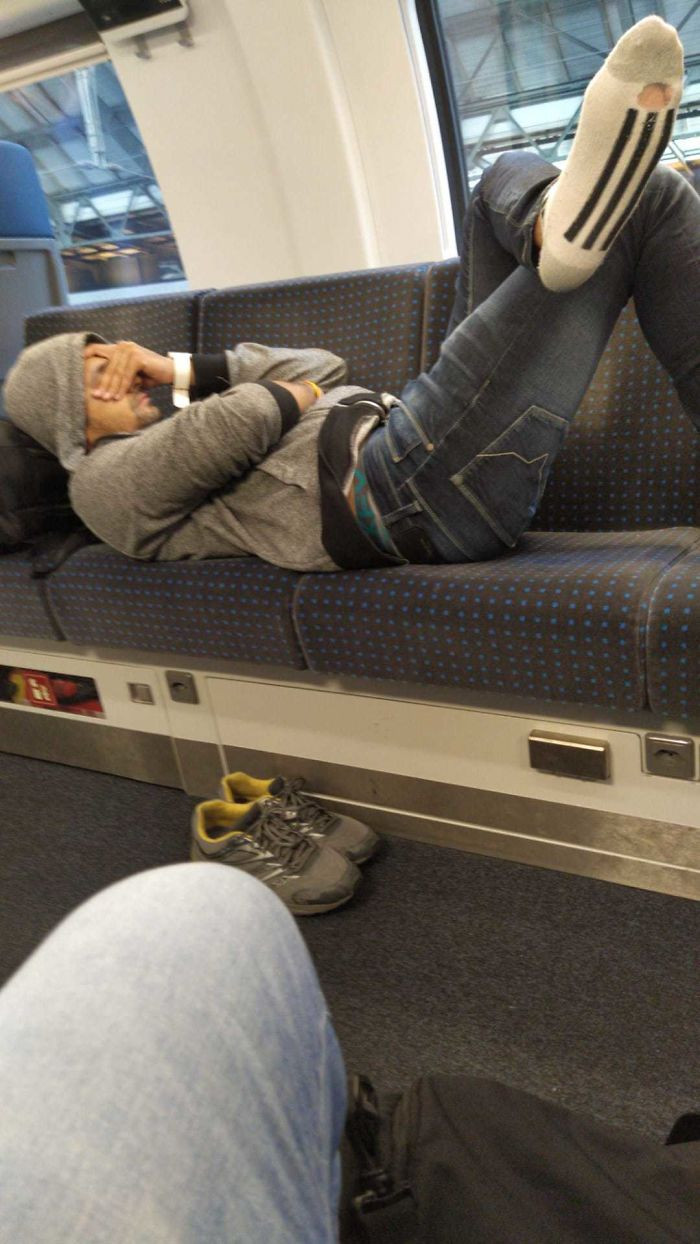 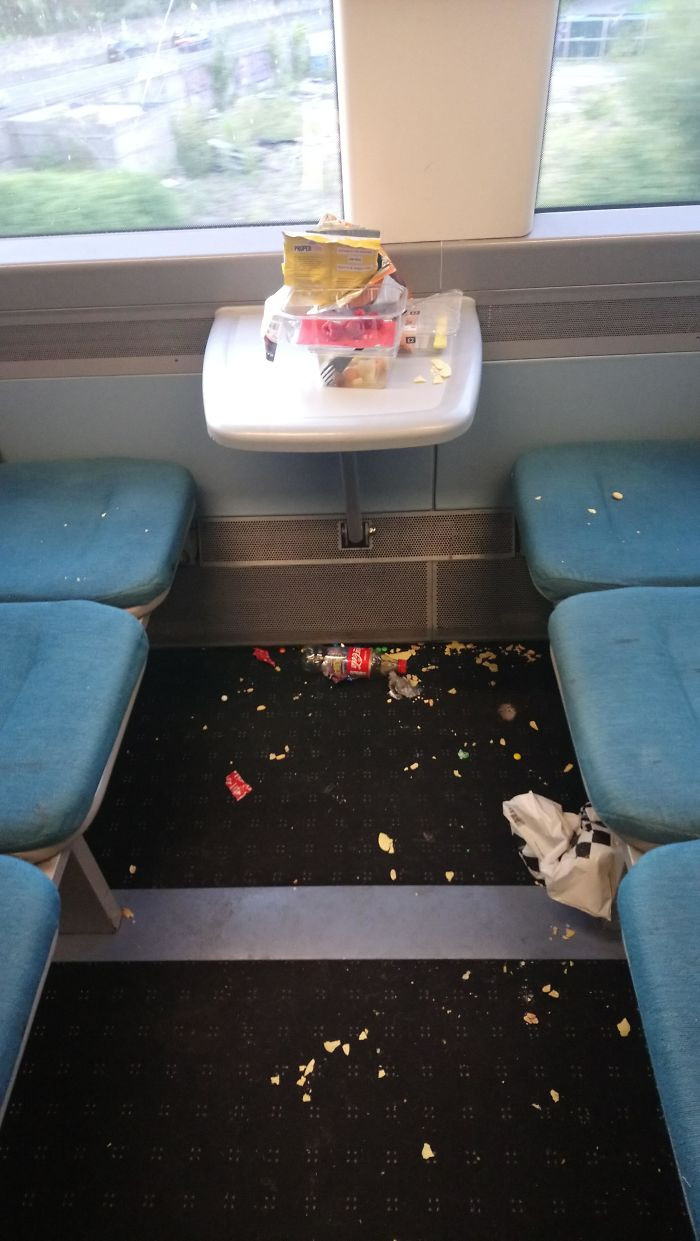 4. Wet snowy shoes on the seat... directly under a sign that says not to do that.

5. Putting gum in the USB charger. Freakin' why??? 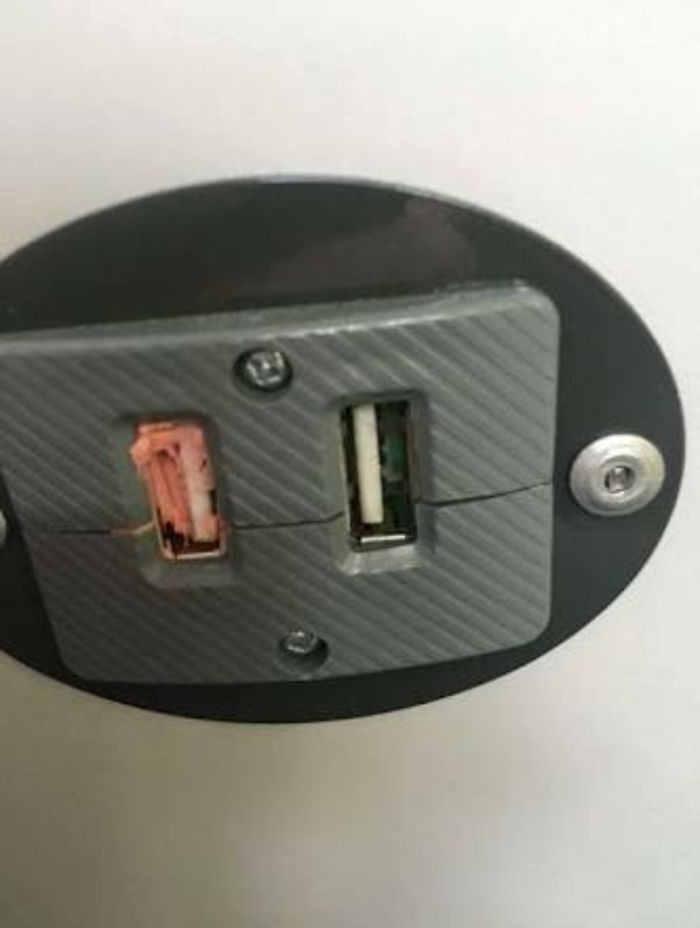 6. Wouldn't slide over so the guy in denim could take a seat. 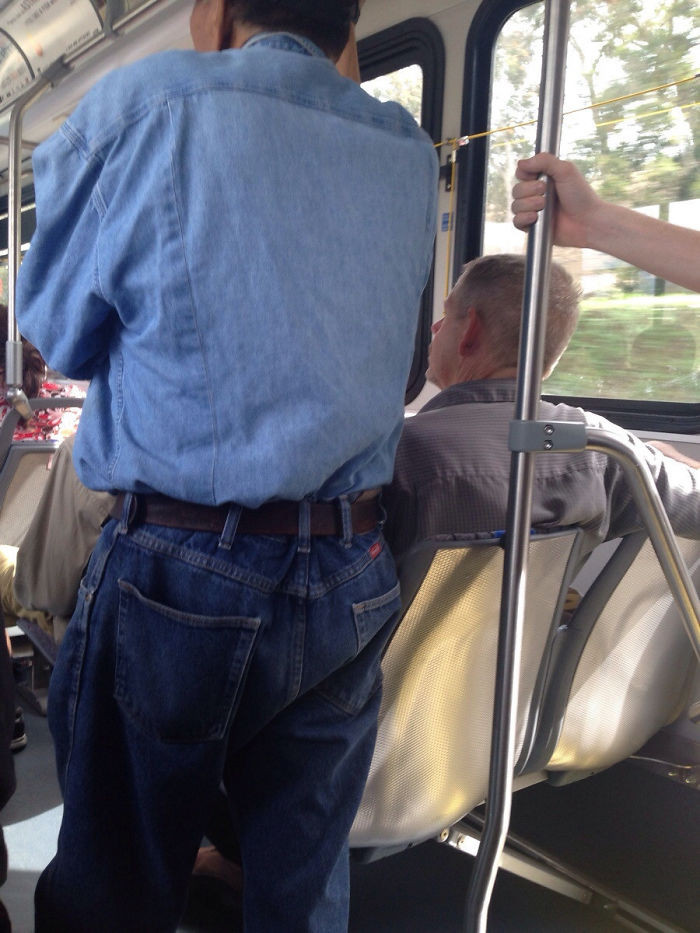 7. Shrimp. Prawns. Whatever you call 'em, I'm pretty sure we can all concur that they have no place on a locomotive. 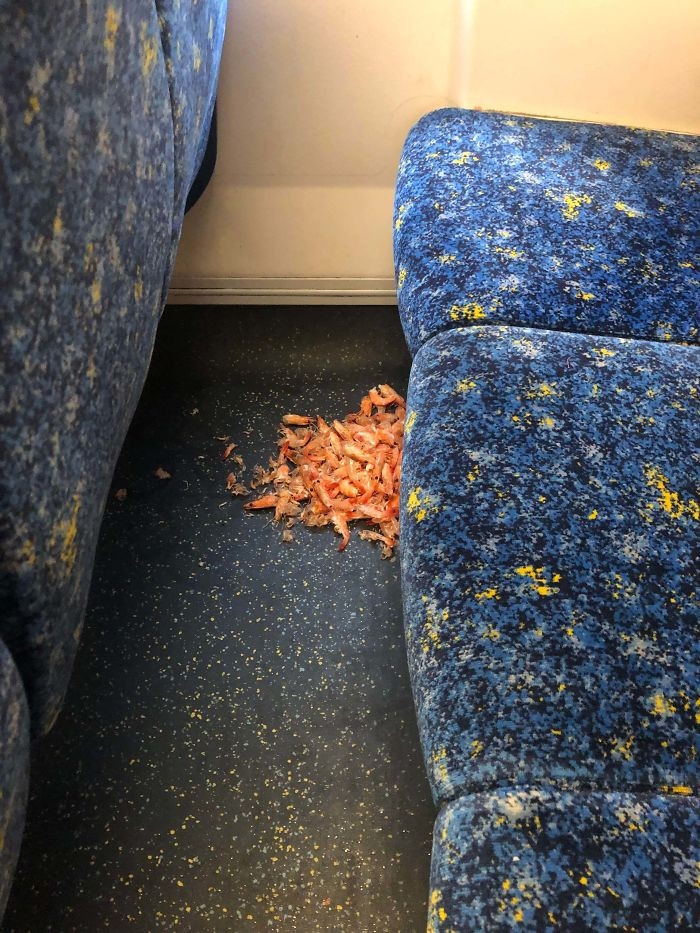 8. Shaving legs while waiting for a train. I can't. 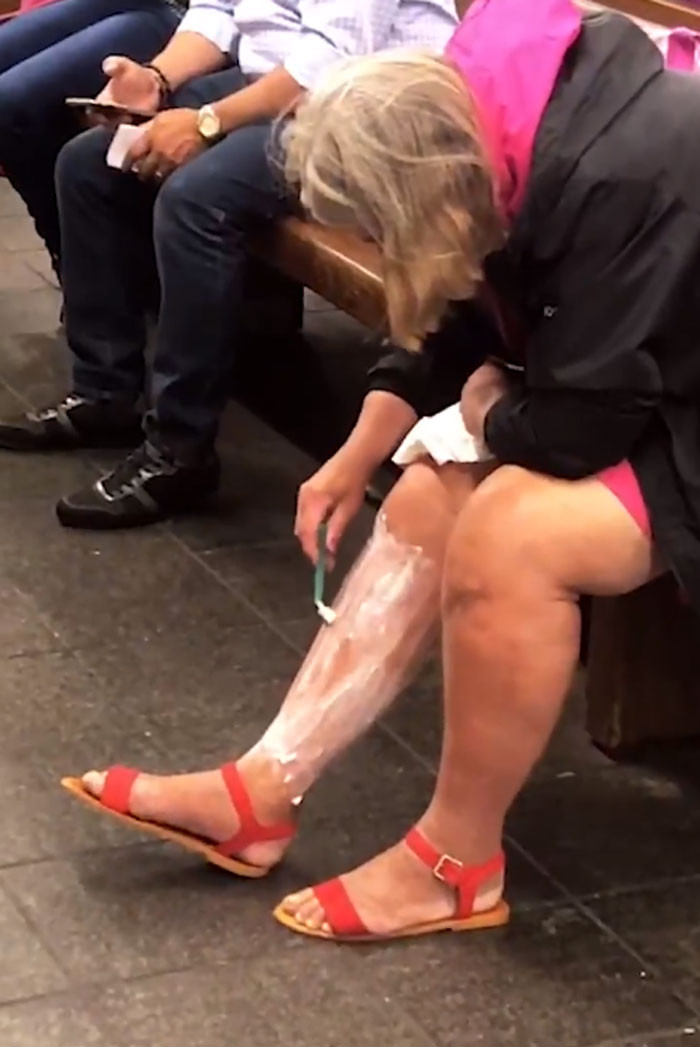 9. The person who saw this wasn't sure what happened, but bailed at the next available opportunity. 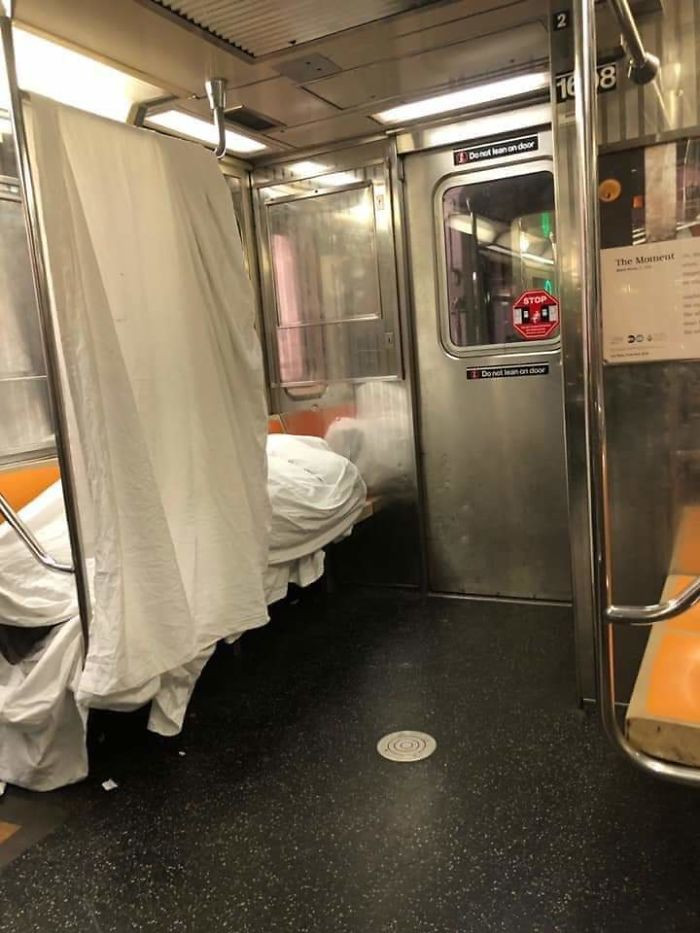 10. Annnnnnnd I'm never holding the pole ever again. EVER. 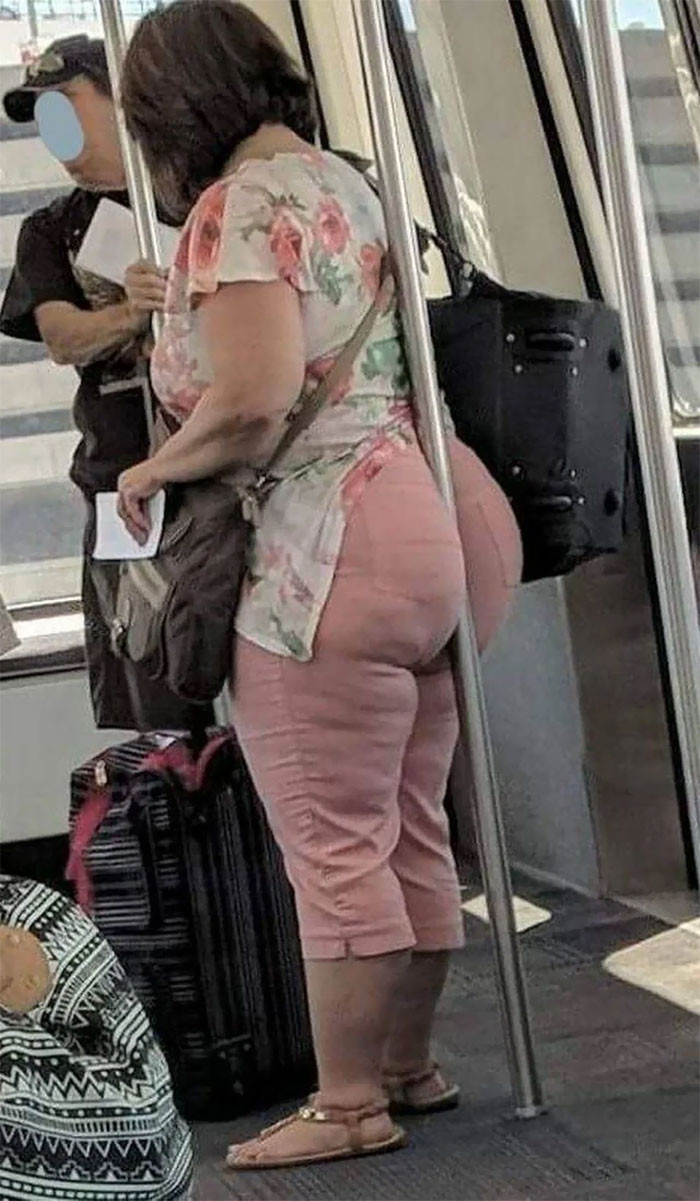 11. Some let their dog chew the chairs up. 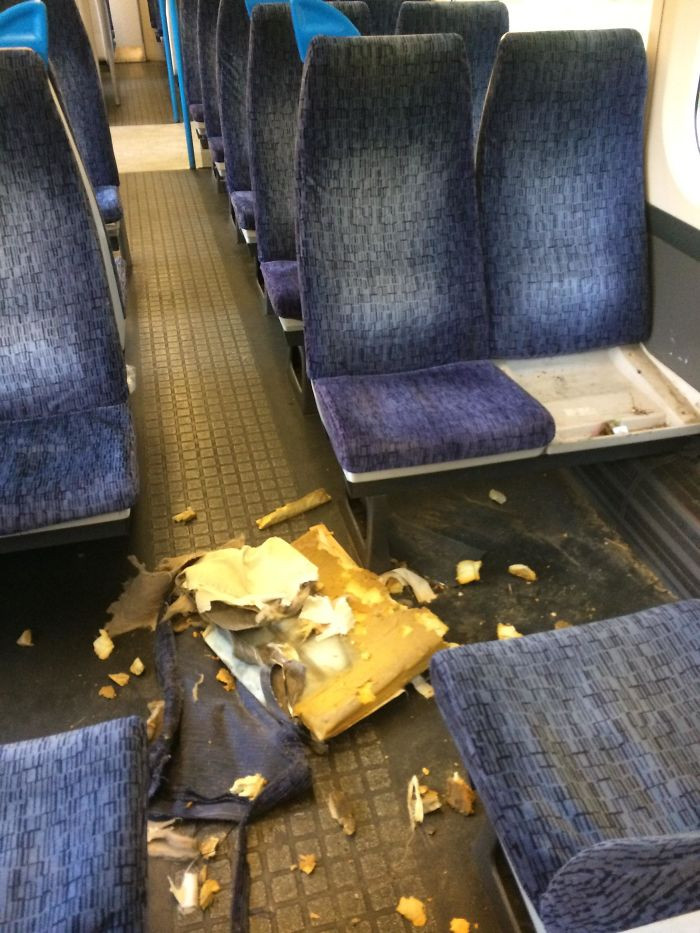 12. Just munching on some pistachios... casual. 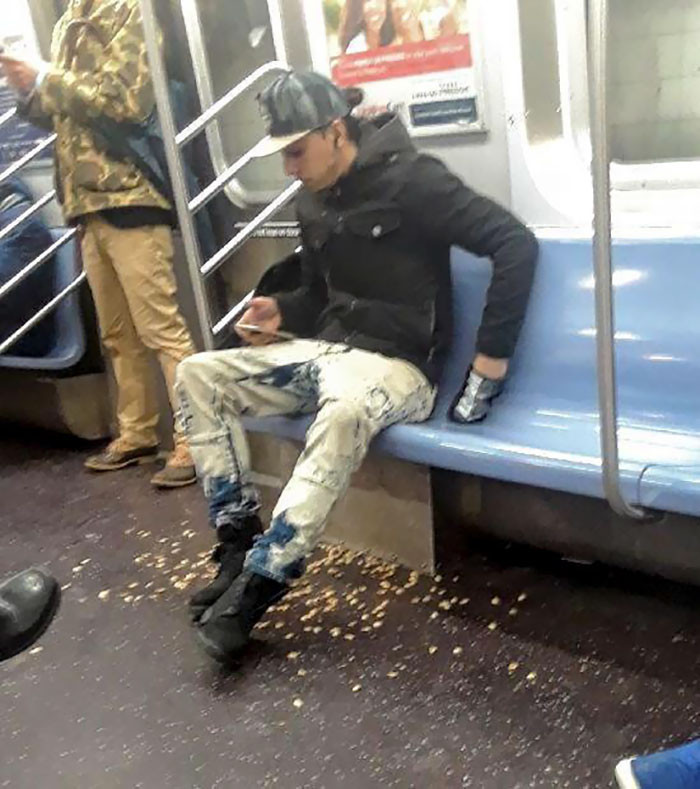 13. Casual cigarette... in a confined space... with children.... and other human beings in general.

14. Toddler threw food around. Did not care. 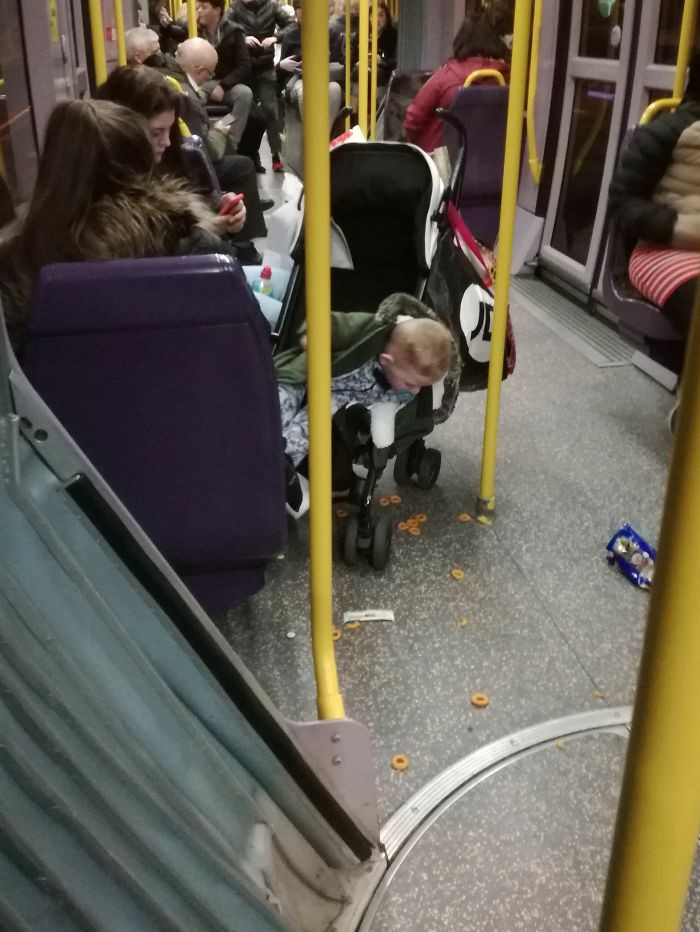 15. Subway door closed on a woman's Starbucks. This wasn't her fault, but LOL. 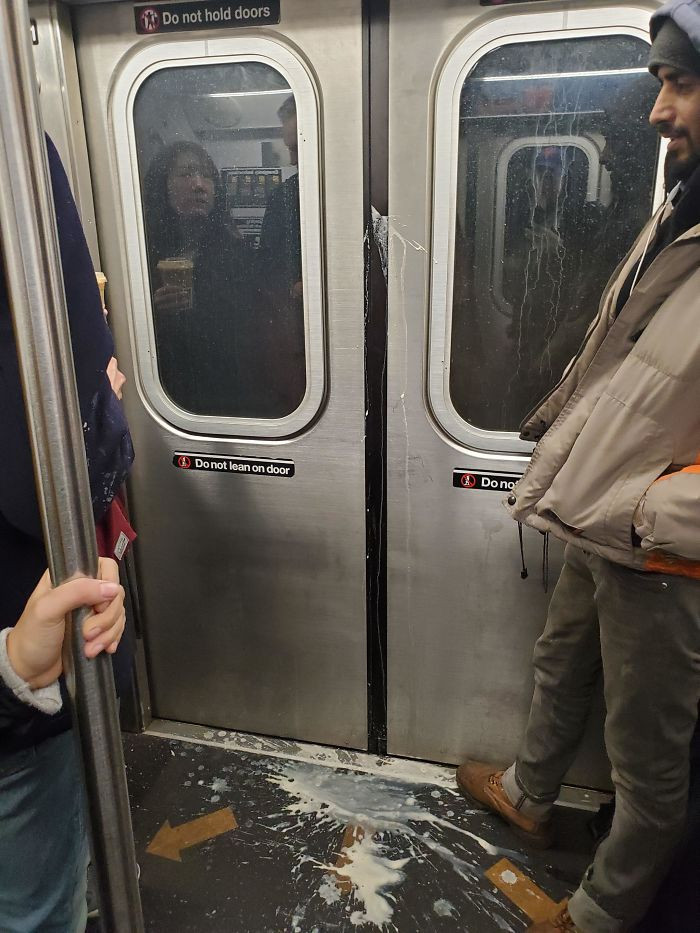 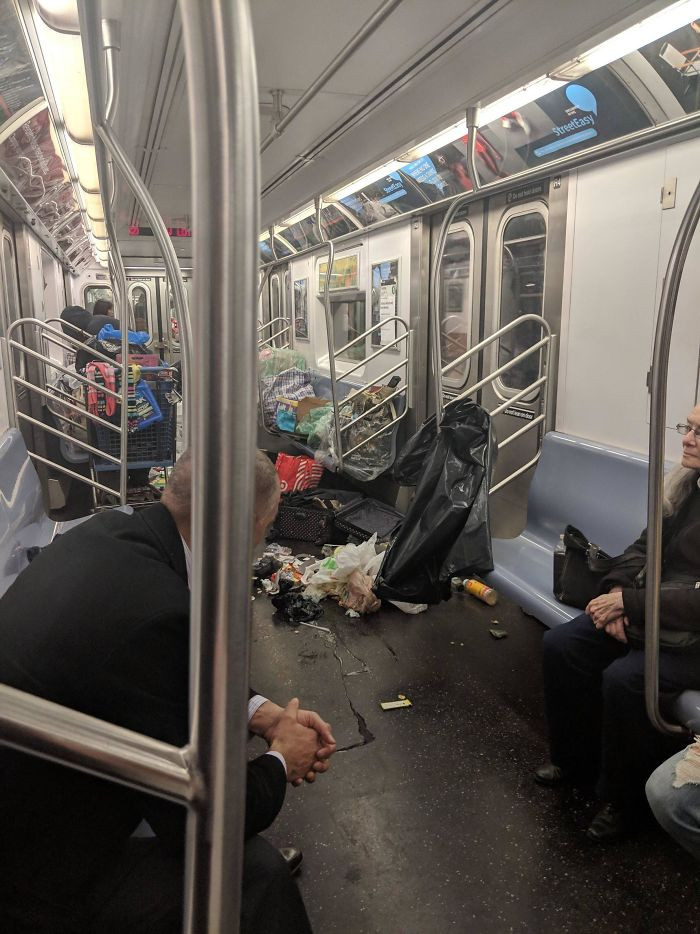 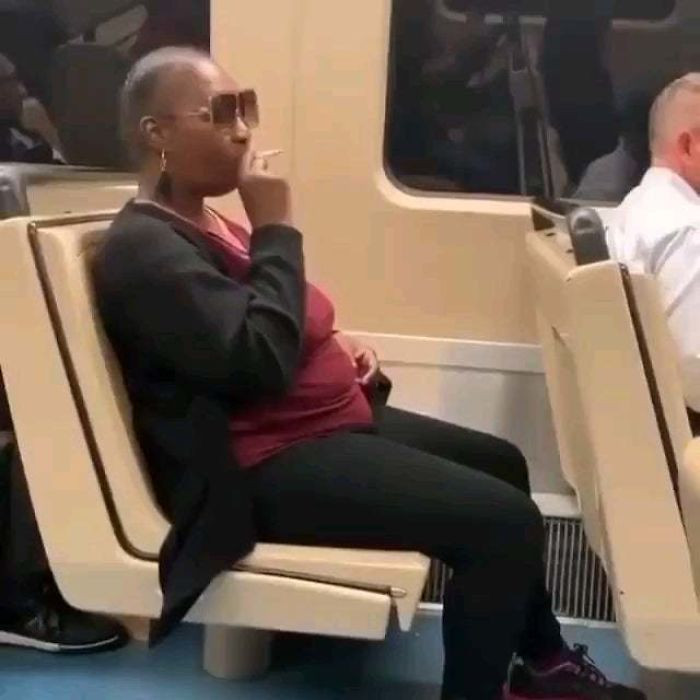 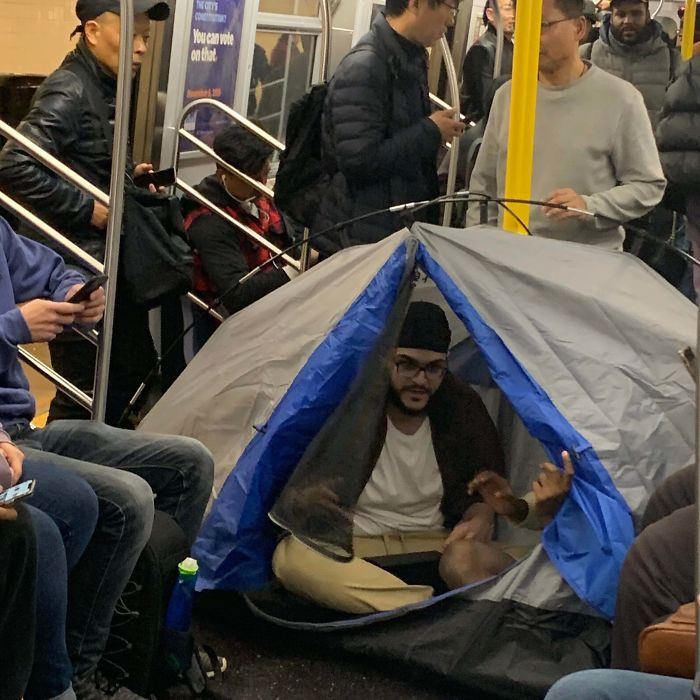 19. Just casually burning her hair with a cigarette lighter. 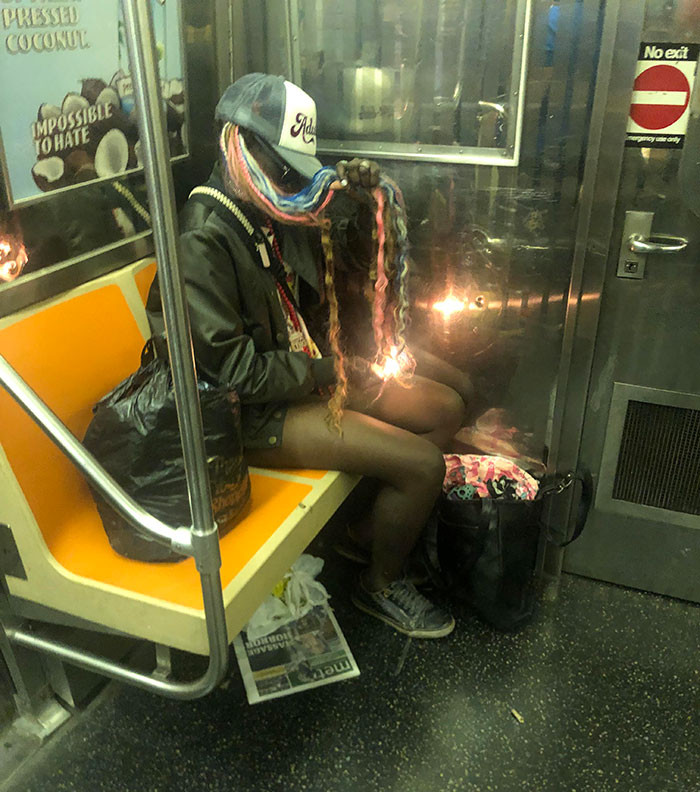 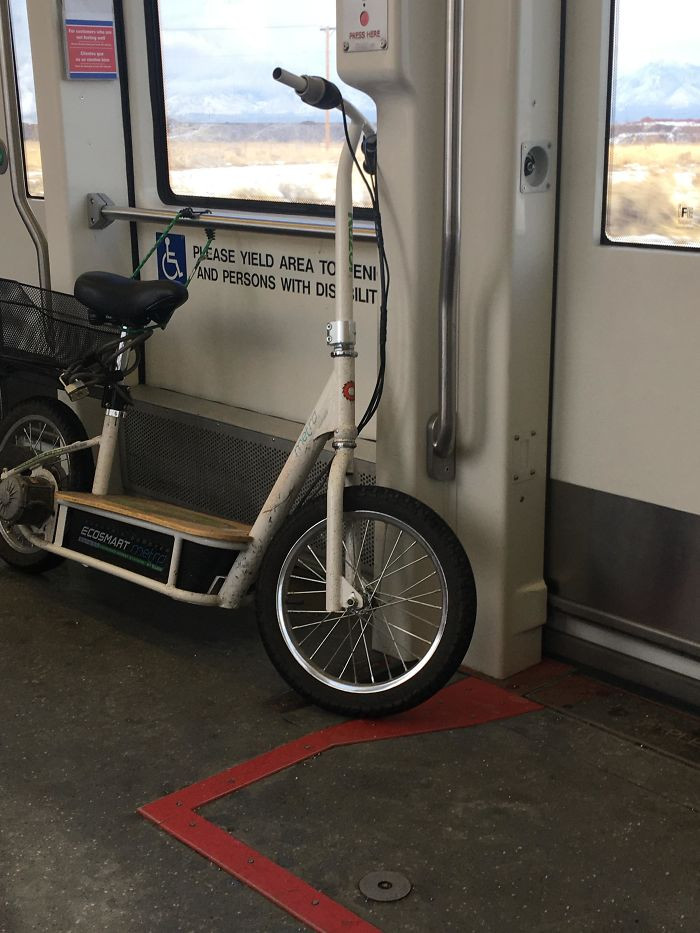 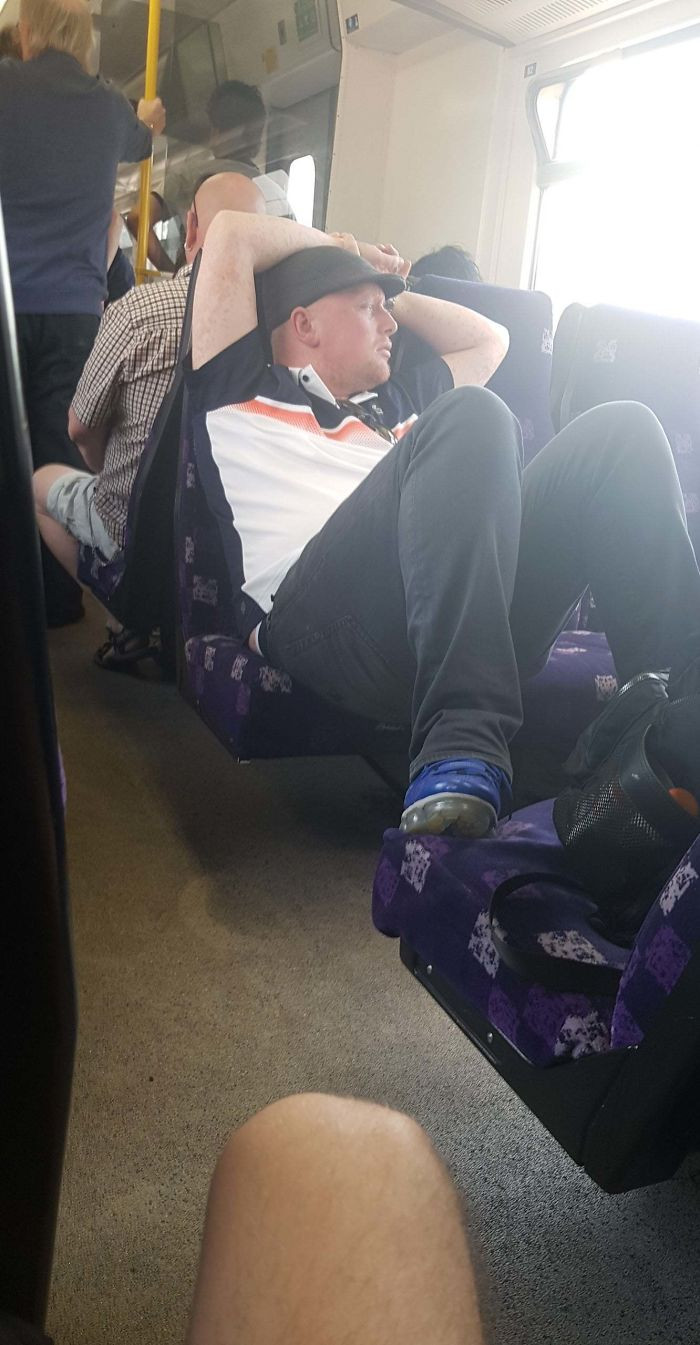 22. Washing her feet on the train. This is gross. 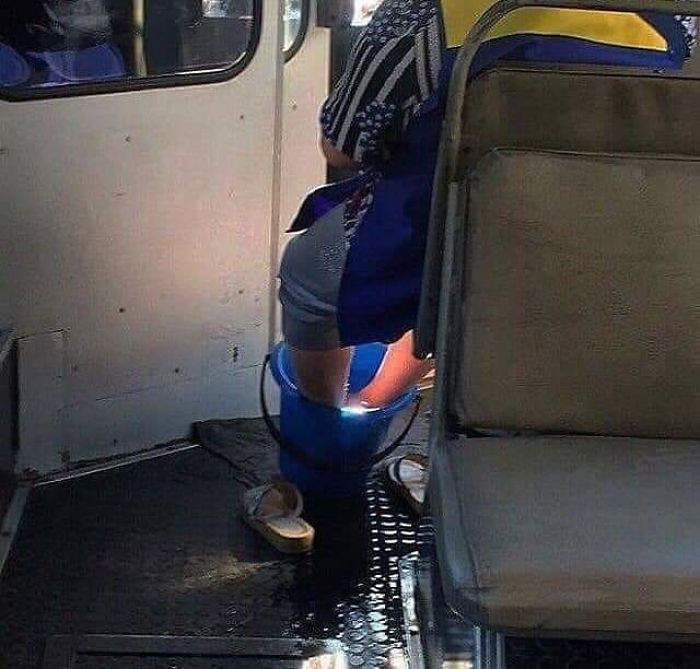 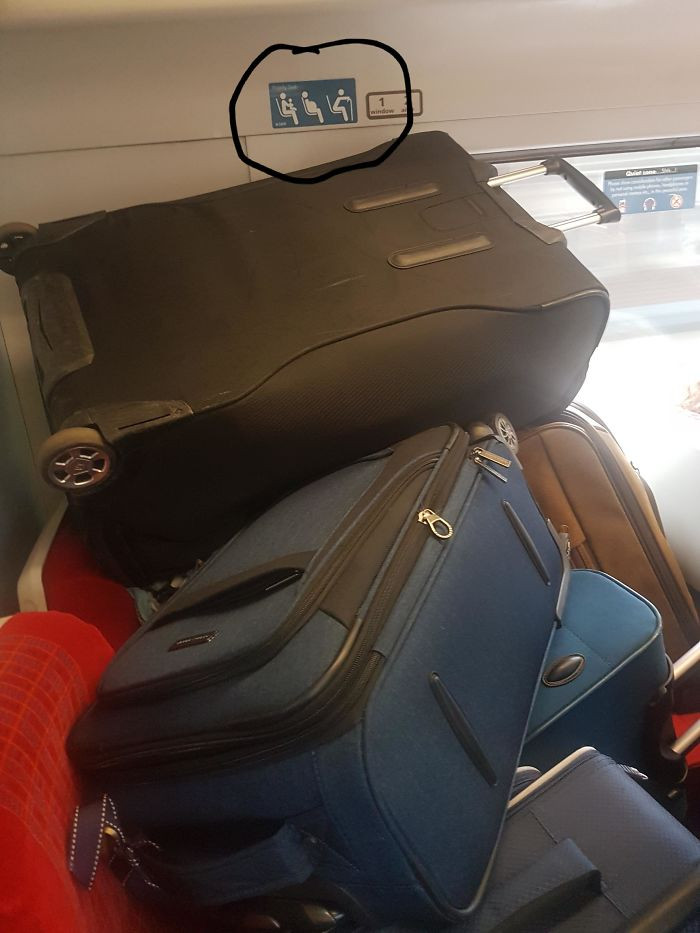 24. Sunflower seed snack ALL over the floor. 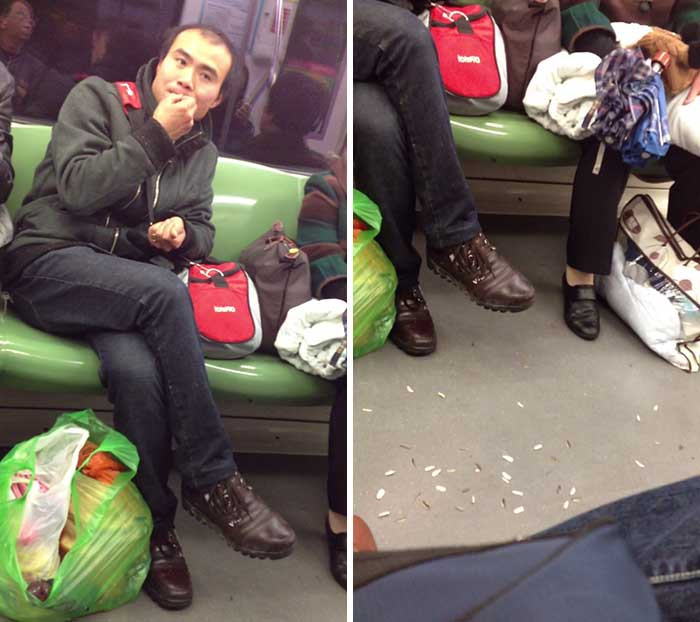 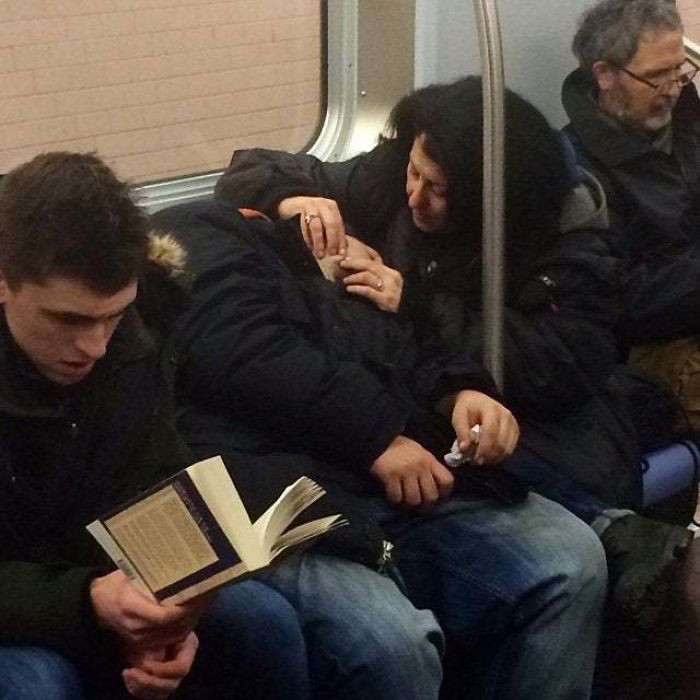 26. Seems to be an epidemic of morons taking up 2+ seats on busy trains. 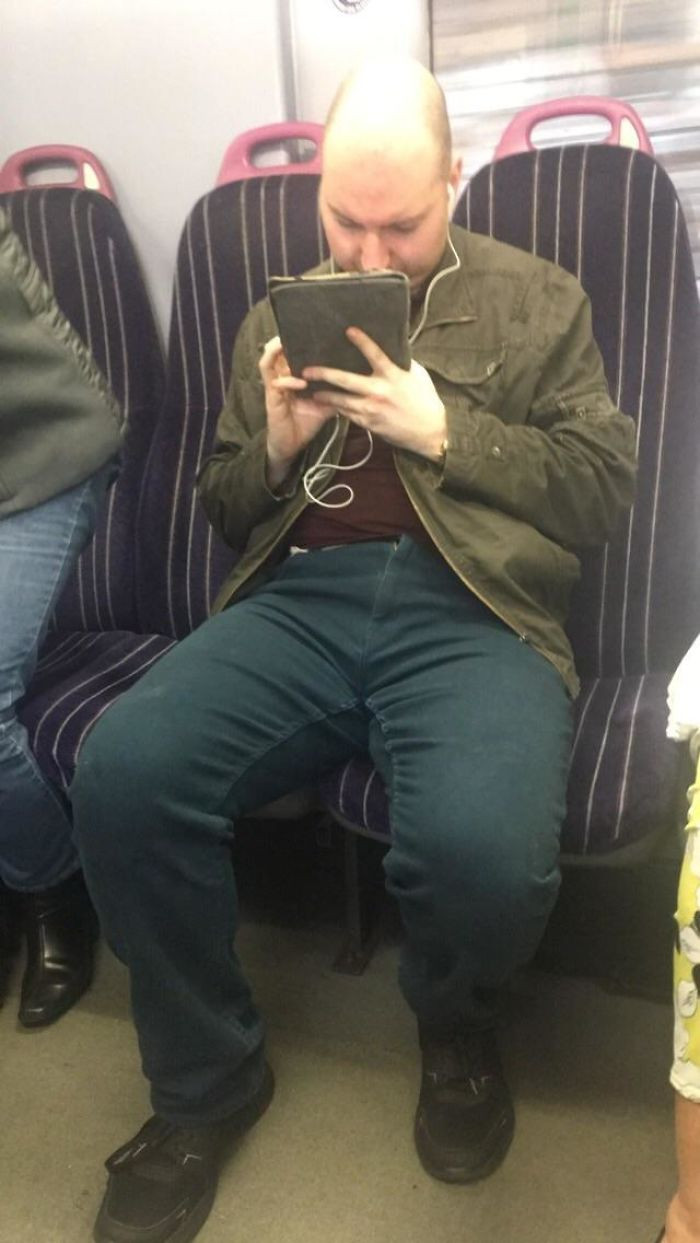 27. Annnnnd letting their kids do the same. 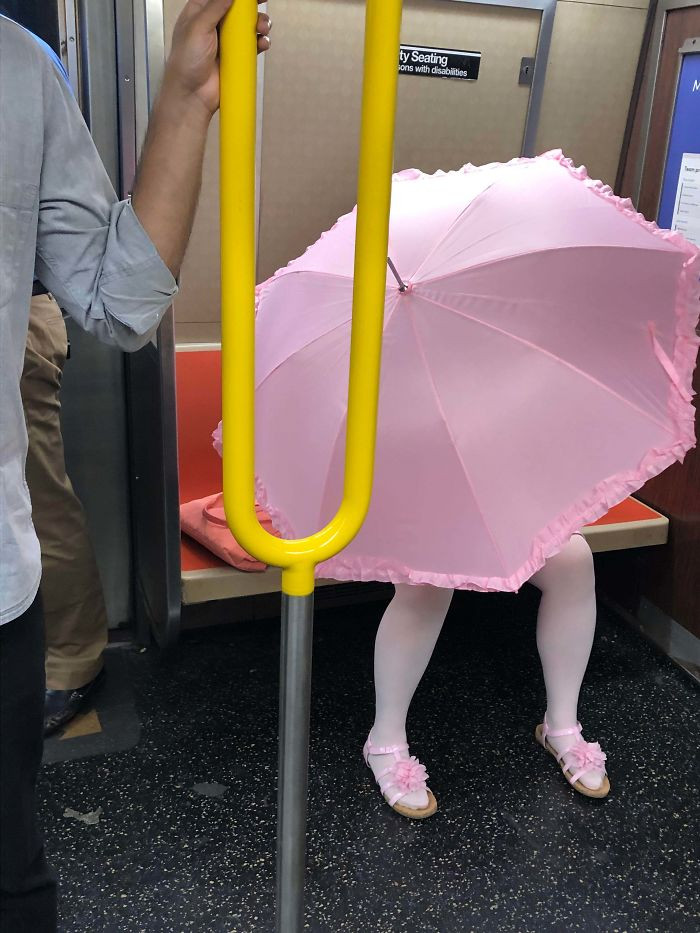 28. Is it that hard to get dressed? (Montreal Subway). 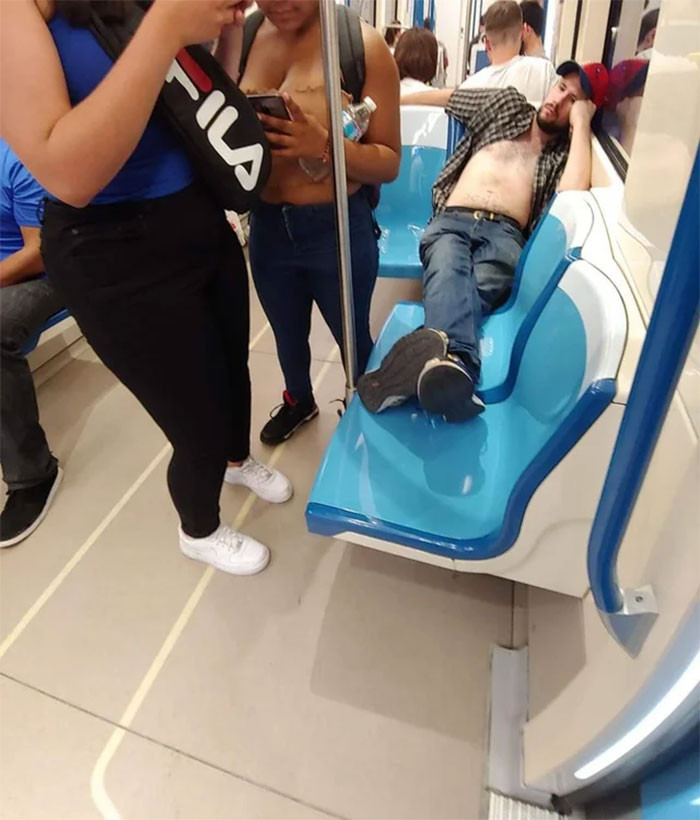 29. seats. Girl got it set up like her living room. 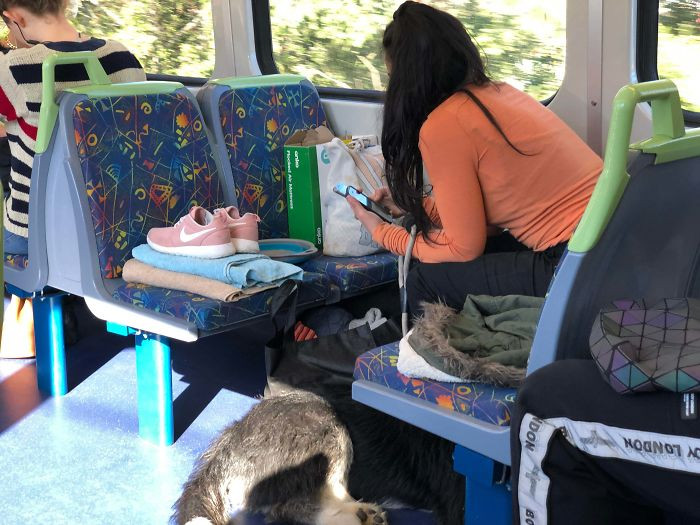 30. It's like some people don't understand how dirty floors can be. 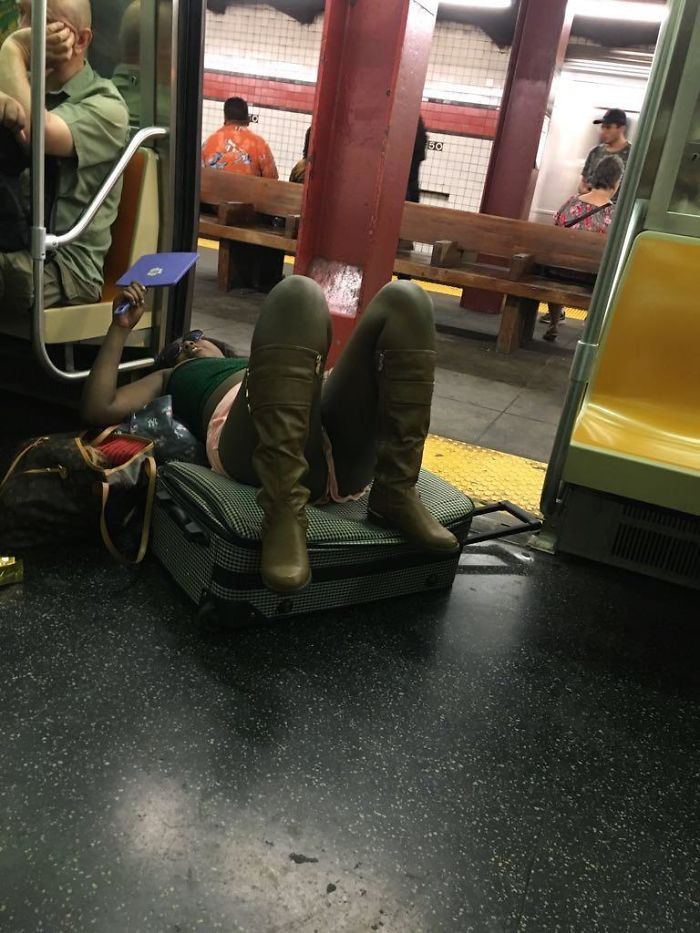