It’s getting warmer out there! So it's the perfect timing for girls to start dressing up in a couple of cute but somewhat revealing outfits. Which might be a little controversial according to some schools' dress codes.

This mother decided to speak out after her daughter was scolded for violating the dress code. She posted a picture of what her daughter was wearing and a letter she sent to the principal explaining how hard it is to find proper clothes for her daughter.

Look at this photo very closely and tell me how is it inappropriate for school?

Most people would perceive the girl in the picture as a typical teenage girl dressed up for school, no biggie, just a simple T-Shirt and shorts. 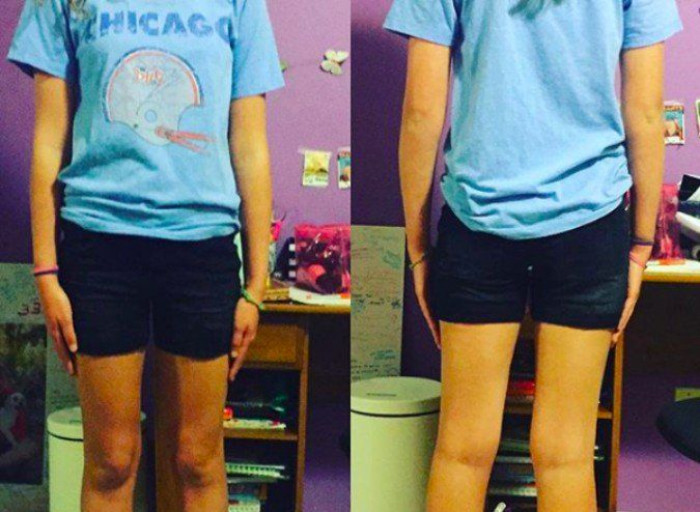 Does it really deserve this reaction?

I guess none of you had a reaction like this after seeing that picture. A lot of people seem to have a confused concept of modesty.

Apparently,  this little girl's school principal seems to have a different opinion about this. According to them, this outfit is the height of scandal.

My girl was dress coded two days in a row. It's impossible to find shorts that are remotely fashionable and below her finger tips. She's tall with long arms and fingers. One more code and she will have detention. And making the policy even more frustrating is that there isn't a dress code for high school.

ADVERTISEMENT
According to the school’s principal, shorts are only permitted if they are as long as your arm’s fingertips. The mother felt concerned about the principal’s policy that she felt like sharing her daughter’s dilemma in social media.
ADVERTISEMENT

This policy only makes you wonder what the principal’s priorities are.

Are a couple of inches really worth all of that trouble, considering that it could eventually lead to detention? It seems like someone is just trying to over complicate matters further.

Isn’t it hard already to have to choose everyday a different outfit to wear?

On top of all the things we have to deal with everyday, taking a couple of extra minutes to make sure the school will approve of a certain outfit is just ridiculous and time consuming.

Instead of punishing her daughter for what she supposedly did wrong, Catherine decided to write a letter to the principal.

Catherine explained in the letter that her daughter is simply taller than most people her age, and hilariously proceeded to call out the principle.

She also made a joke where she invites the principal to help her find the right clothes. 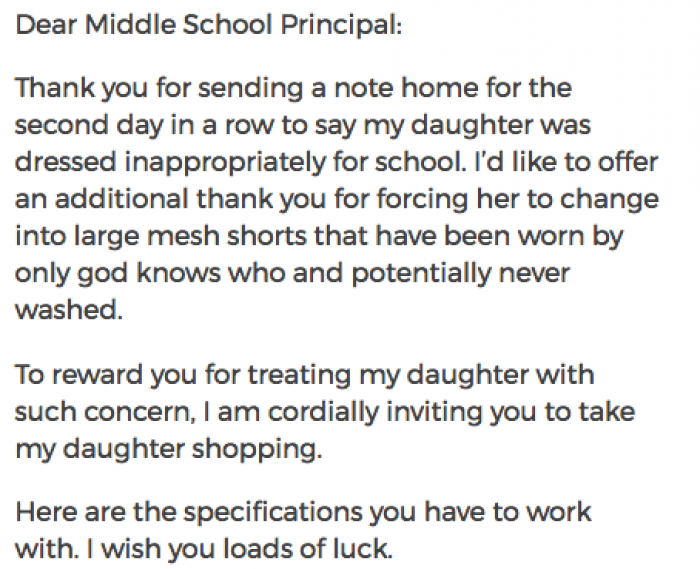 She also gets very specific about all the problems her daughter has do deal with when it comes to clothing. 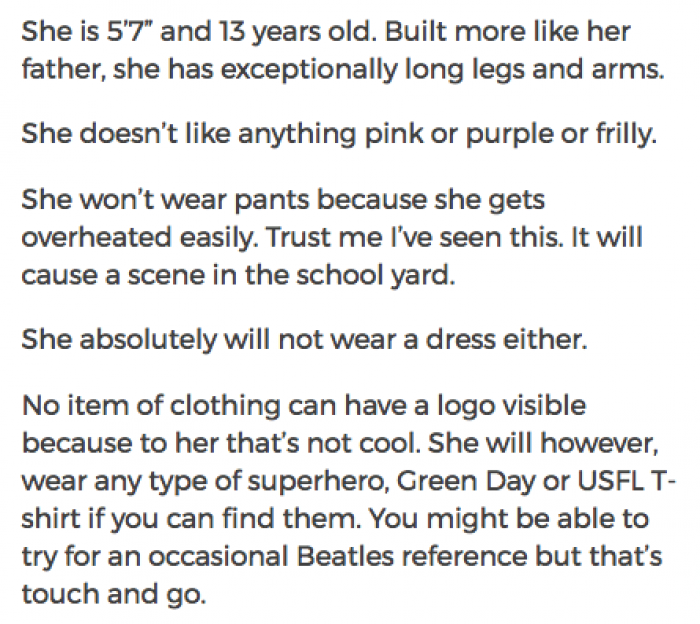 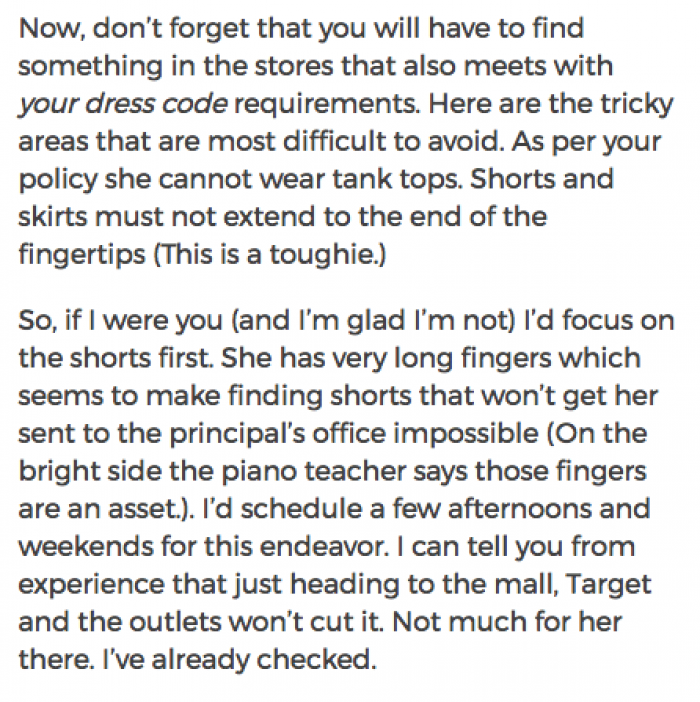 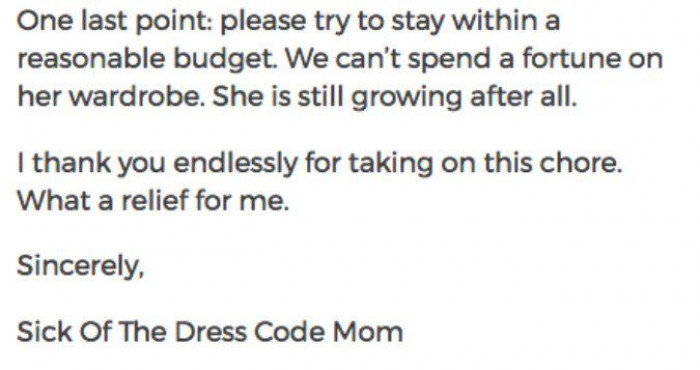 Hats off for this awesome mother. She is really invested in her daughter's life.

She did not just defend her daughter but she made her point in an epic way.

The letter had a little reminder at the end. This one will blow your mind.

The same girl who was warned about wearing shorts twice was also forbiden from wearing yoga pants earlier the same year. Can you believe that!

While this high school seems a bit confronting, another one in the US has gone viral on social media because of their new tradition: allowing current high school students to dress up in costume for their student identification cards. Awesome!