With a full on documentary on Netflix following around some of the poster children of the Flat Earth cult, more and more regular people have unfortunately been subjected to the most outrageous of all conspiracy theories. Flat Earth, for those of you that don't know, is the belief that the world that we live on is not a sphere, but is in fact flat.

Now I'm not sure why anyone would want to think that, or why the Earth being flat would be something that the powers that be want to keep a secret, however it is a commonly held belief by many. This leads to some pretty hilarious online content that can be found in all manner of Flat Earth forums. Here's a little list we compiled of just that. Enjoy!

This guy should be scared for a lot of different reasons 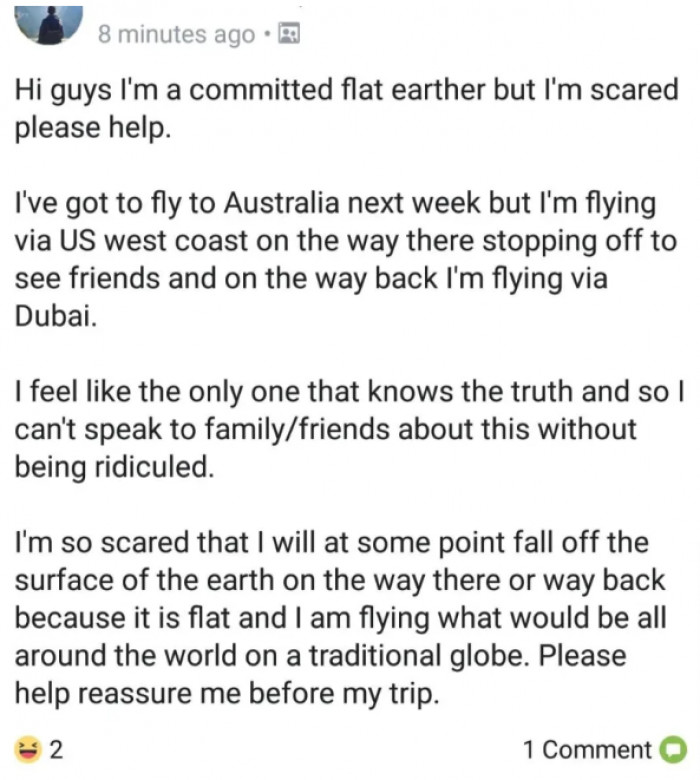 Amazing timing on this photo to be fair. 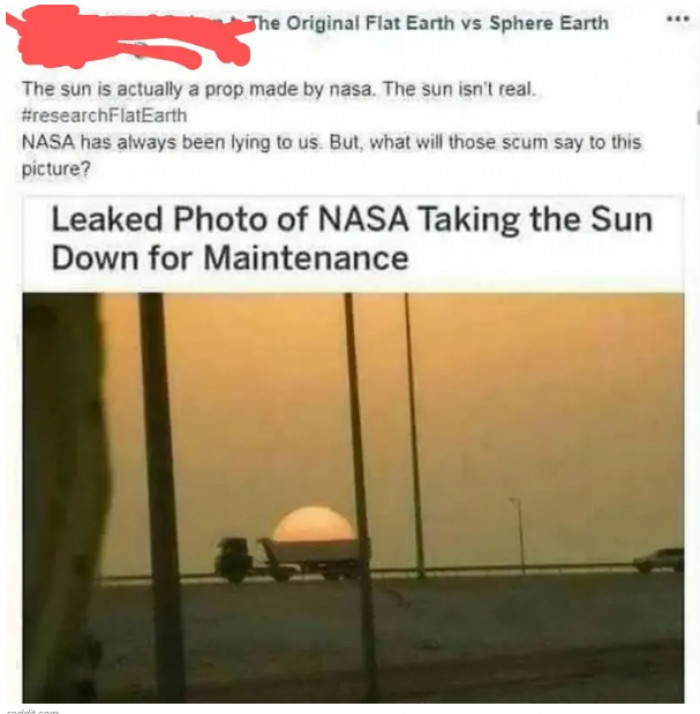 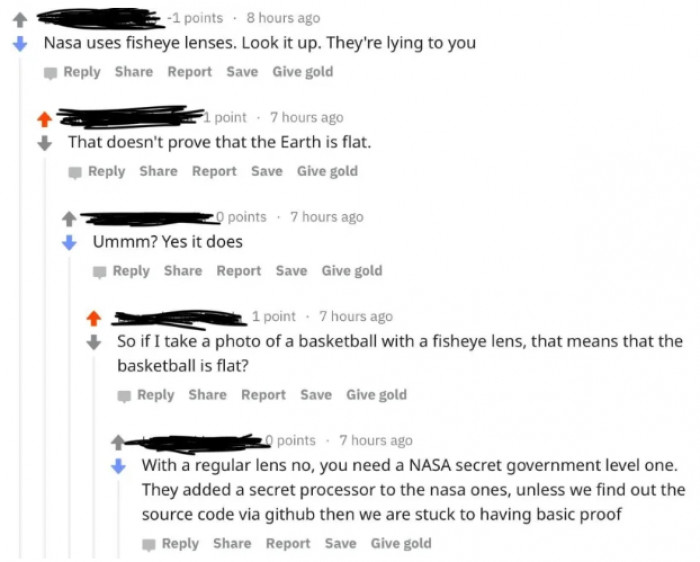 Have you ever seen a snowball? 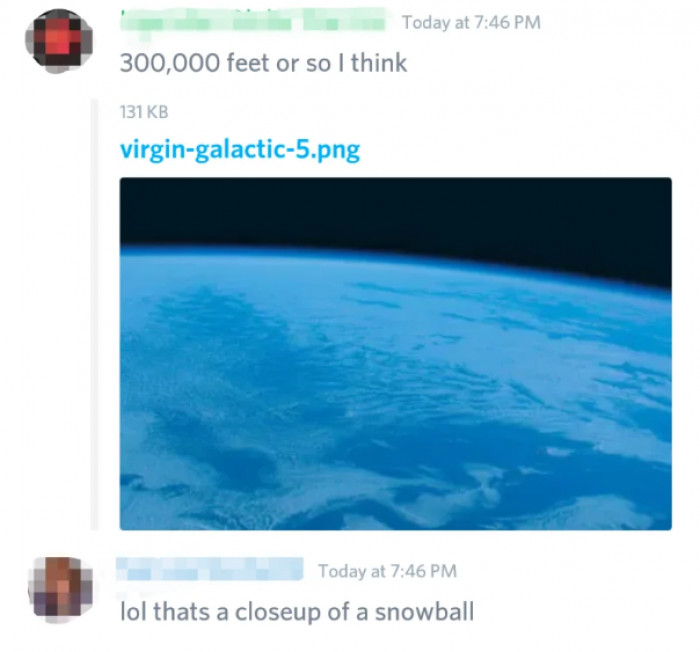 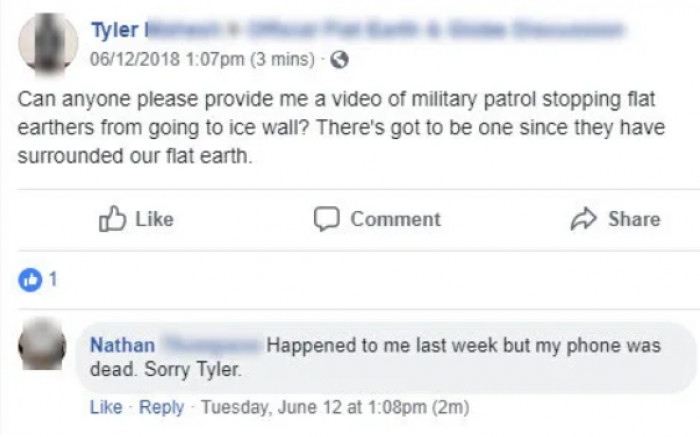 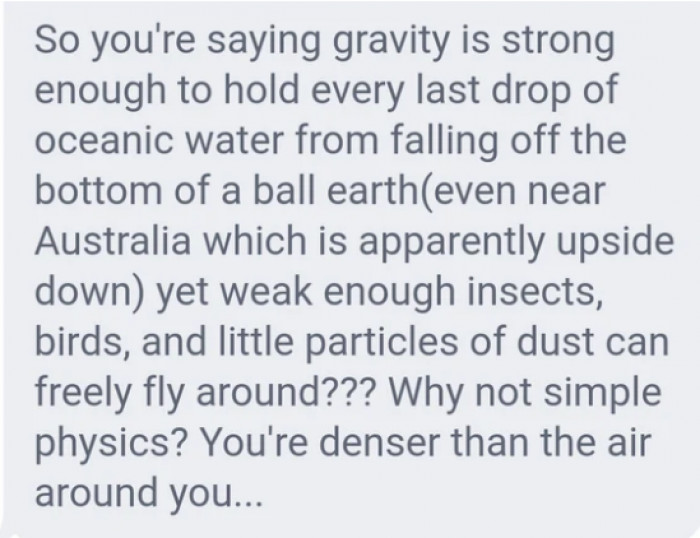 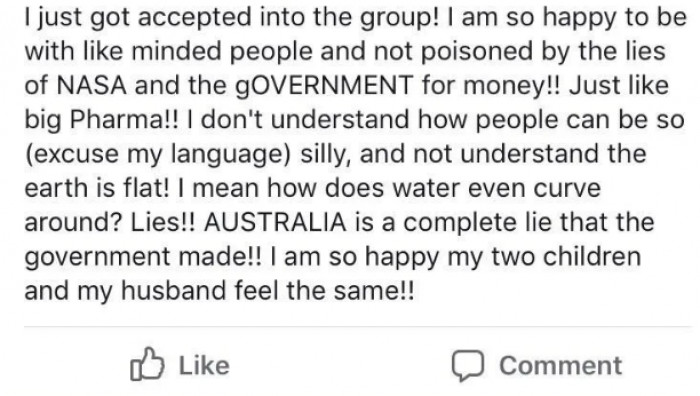 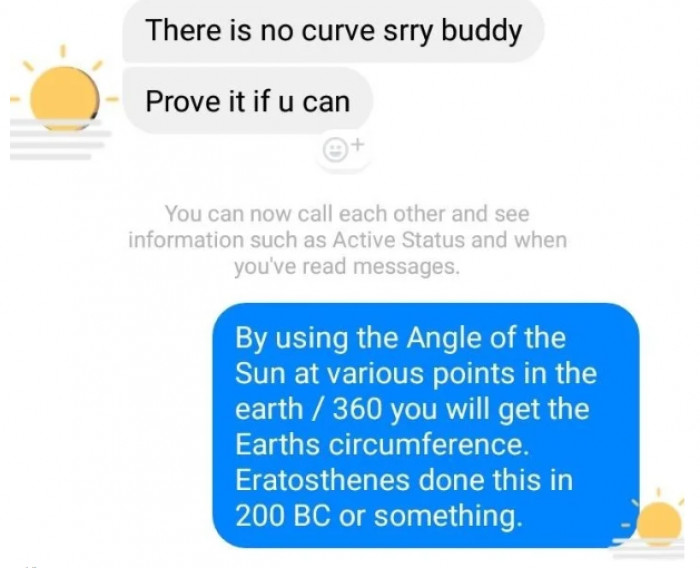 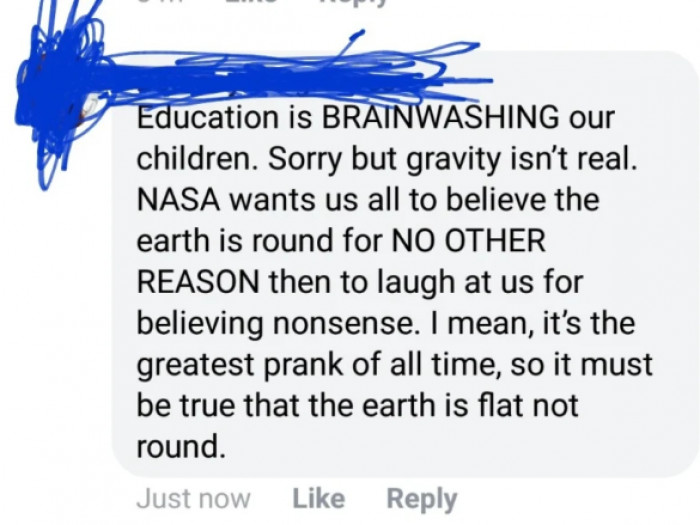 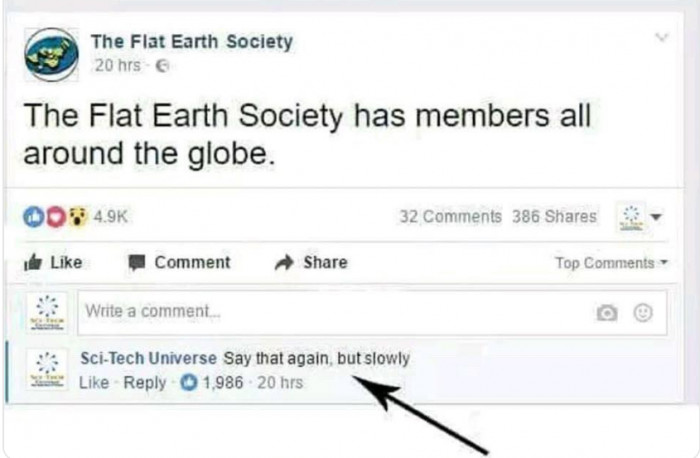 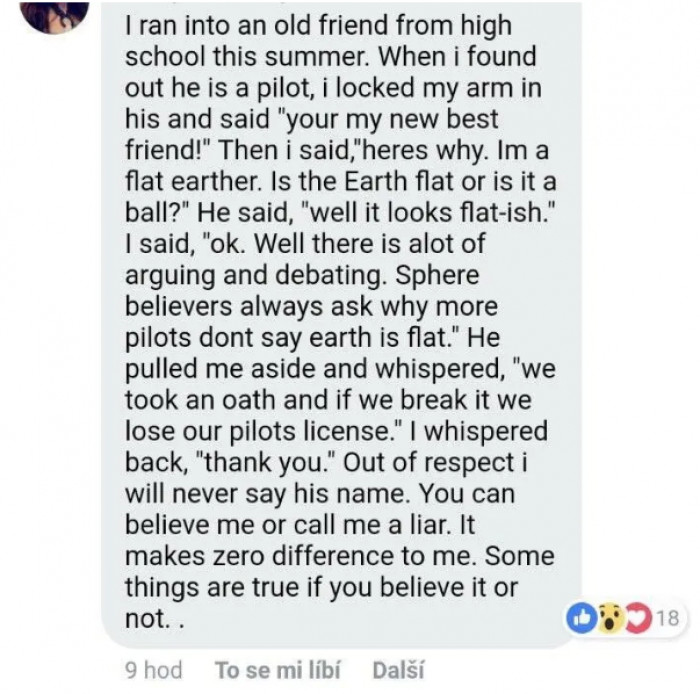 We all live on a giant crab. 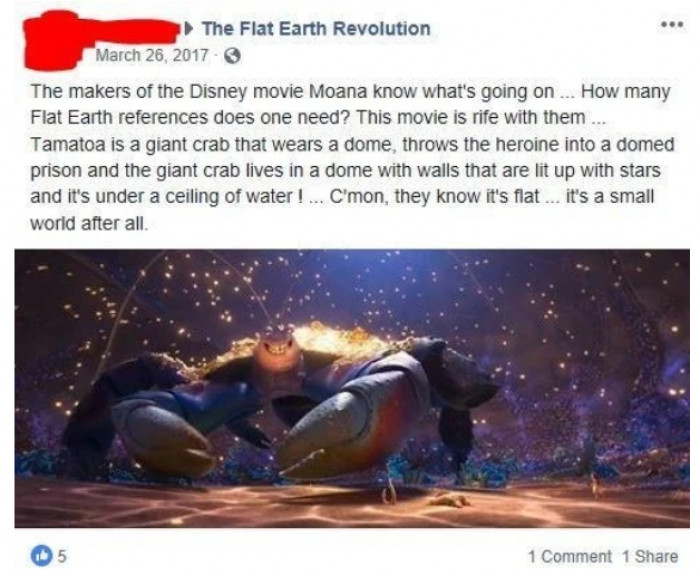 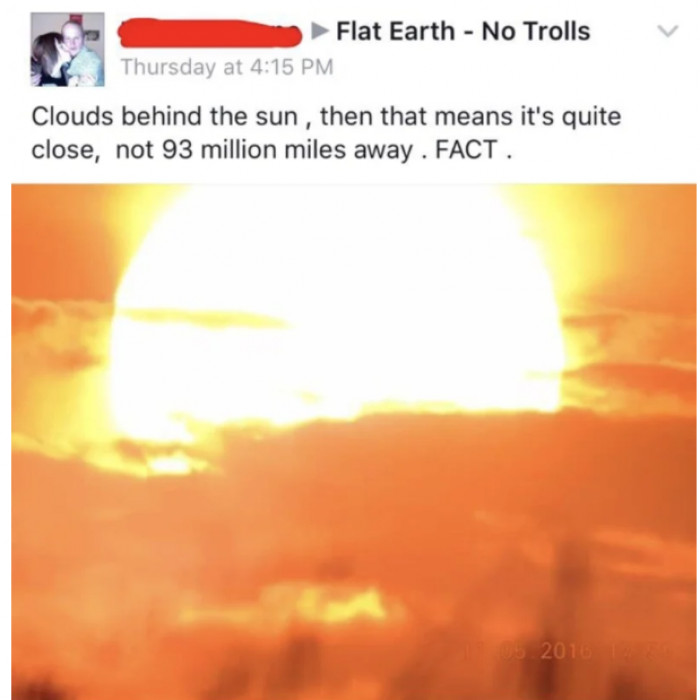 I love these peoples obsession with Australia. As someone who lives there, I find it quite flattering. 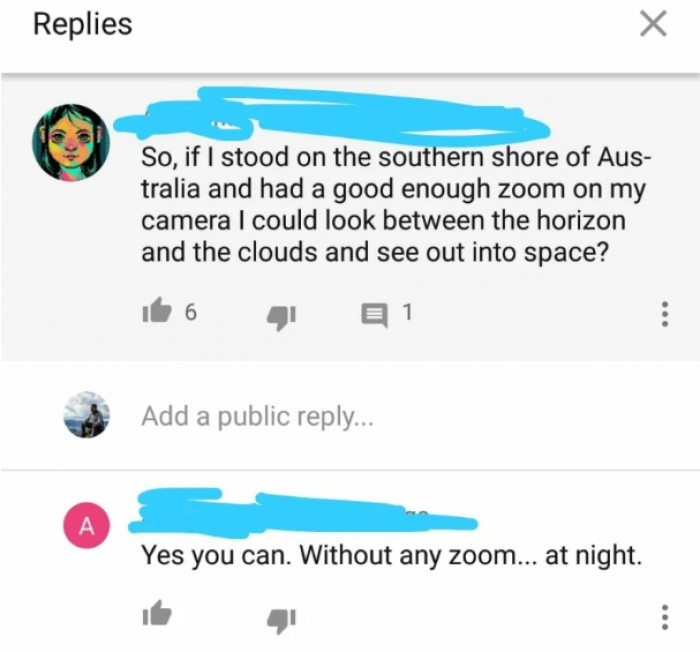