In the great war that continues to rage between Millennials and Baby Boomers, it's frequent and almost expected that Millennials are going to get the sh*t end of the stick. Despite the fact that most of them are in their 30's now, they're treated like giant cry babies, almost always by Boomers, or sometimes by other Millennials who don't realize they are actually Millennials. Wild, isn't it?

But let's ask the real tough questions. What's up with people over 40? You've been around long enough not to be such a grade-A pain in the ass, yet here you are constantly doing things that make us scratch our heads in pure puzzlement. It's something we're finally starting to talk about more. Check it out:

I suspect because their hearing is faulty?

I could be wrong, though. Not everyone over 40 is already on that path. Maybe it's because you're so very far away!

Hmm, I don't think I've heard this one.

There is no logic to this behavior.

There's a rational explanation for this.

It used to be required. BACK IN THE DAY.

I don't think either of these are correct.

Their personalities were crippled in their youth.

The system is designed that way.

And trust me, you do not actually want to see them.

That's technically what it's doing, you pleb.

Especially since they're such prudes about any skin outside the locker room, ever.

The money machine is confusing.

They don't think it's funny.

They think it's ridiculous.

Is it because it's gross?

Or something along those lines.

A false sense of superiority.

If you pronounce things fancy, you sound smarter than you are.

It's easier this way. 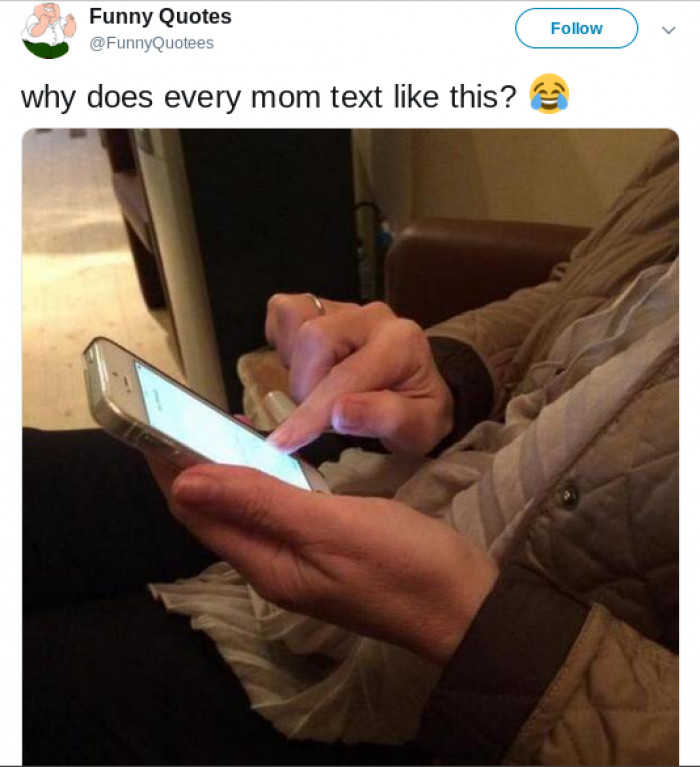 Voicemails are SO 20 years ago.

If they're not ordering it with vodka, I don't get it either.

It's gross by itself.

Three is better than one? 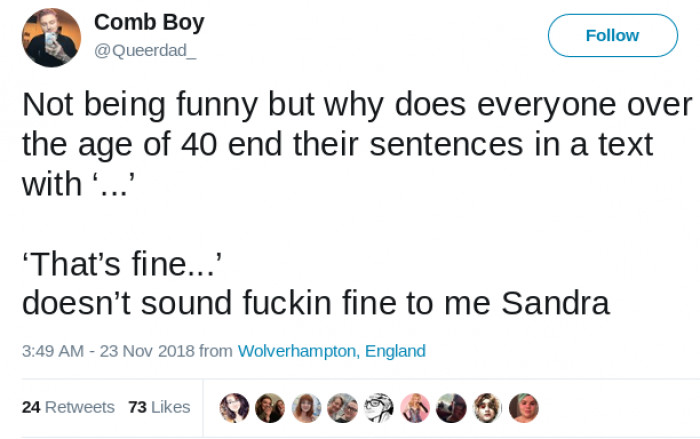 Fond memories of their youth?

Is the world going too fast for ya?

There is no rhyme or reason to this madness.

Just use your fingers, ugh!

Nobody wants to hear the texts you're sending!

I have a few suggestions.

Most of them are arthritis.

This is a good question.

It's a very annoying sound, please stop it. 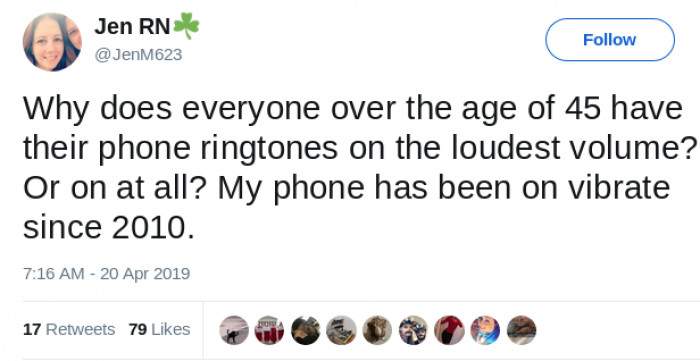