A Giant Rainbow-Colored Squirrel May Sound Like Something From A Fairy Tale, But They Are Real And Absolutely Adorable

You cannot expect that people will take you seriously if you mention “Giant rainbow squirrels.” It really sounds like something taken from a children’s story, but it’s a nickname for Malabar Giant Squirrel (AKA Ratufa Indica and Indian Giant Squirrel).

And as the name suggests, they can be found in India. They earned their nickname by having multi-colored fur, which makes them extremely interesting.

Luckily, it makes them less interesting to the predators - the primary purpose of that colorful fur is camouflage. Unfortunately, it does not work on poachers – because they present the most significant danger to this species. 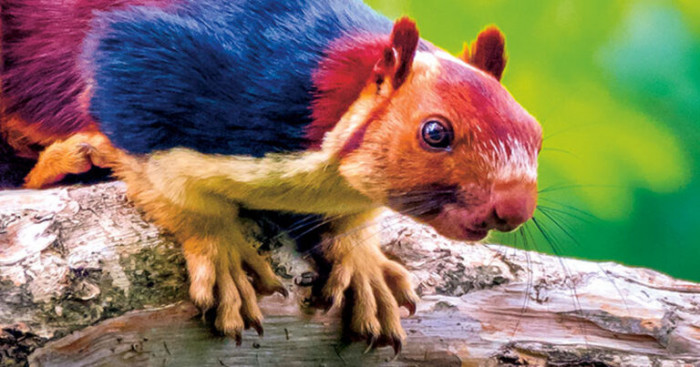 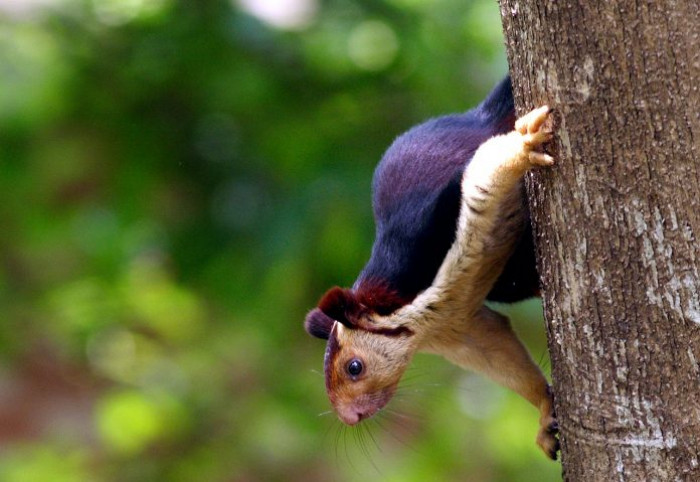 The squirrels usually press themselves to a surface and distort their bodies as much as they can in order to blend in. Most of these animals grow to about 30 inches long, larger than a cat or a small dog. Some squirrels grow up to three feet long, but that is quite rare.

Their way of communicating is as cute as their appearance- they use chittering sounds to talk. Like other squirrels, they are herbivores and are active during the day. Their favorite foods are jackfruit and passion fruit.

These squirrels are not particularly afraid of humans and do not run off if approached. But this is changing due to the heavy poaching, so with time, they might become more skeptical to humans. Despite that, they are known to approach humans, probably looking for food, and sometimes they even enter houses.