The internet is filled with cute animals and more specifically, cute dogs. Each of them are unique and each tug at the heartstrings of people all over the internet but none will make you feel emotions quite the same way as this adorable golden retriever from Amsterdam named Barley and his one of a kind best friend.

Barley has gained over 81k followers on Instagram at @barleyboy. This beautiful dog has gone viral with his images of him and his best friend, a stuffed toy dog who he won’t go anywhere without. It is such a beautiful story and a truly beautiful friendship.

This is Barley and his best friend.

Barley is a happy dog in his home with Zita and Marc along with his best friend, a stuffed Golden Retriever toy named Fluffy. It a cute and yet completely unique friendship. 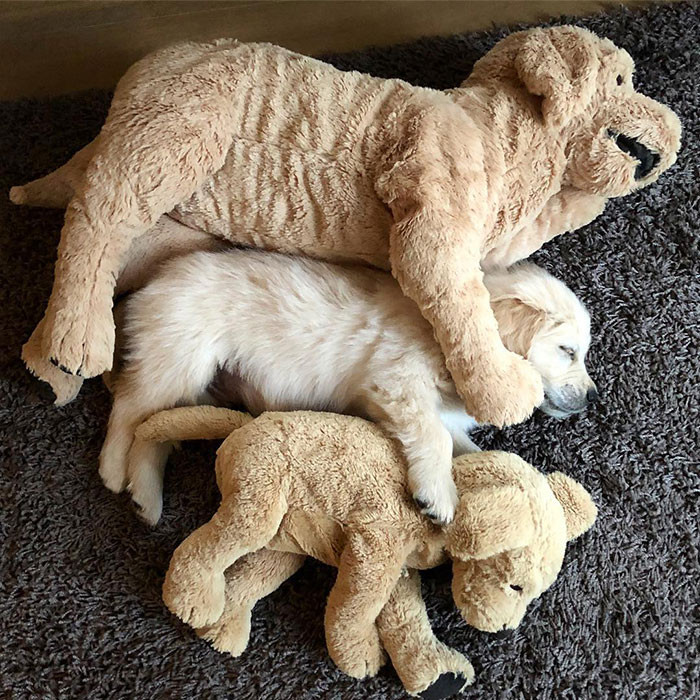 From the beginning these two never leave each others side.

“Barley’s had Fluffy since the very first day he arrived home. Fluffy was bigger than Barley when they first met so they’ve really grown up together,” Barleys owner stated. 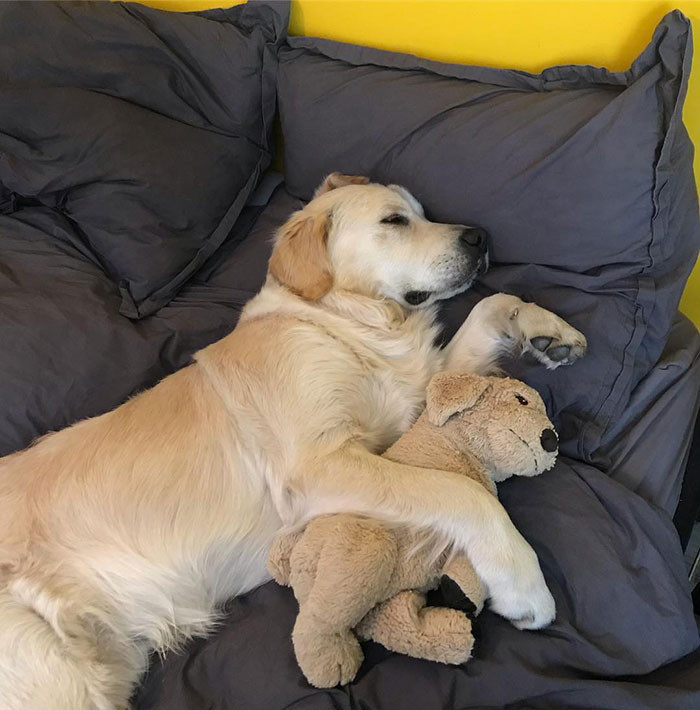 “Oh my gosh, Barley brings Fluffy EVERYWHERE! Every morning, Barley wakes up and jumps up on our bed with Fluffy. Then Barley brings him out for a morning stroll. They chill together the entire day, it’s the sweetest thing.” 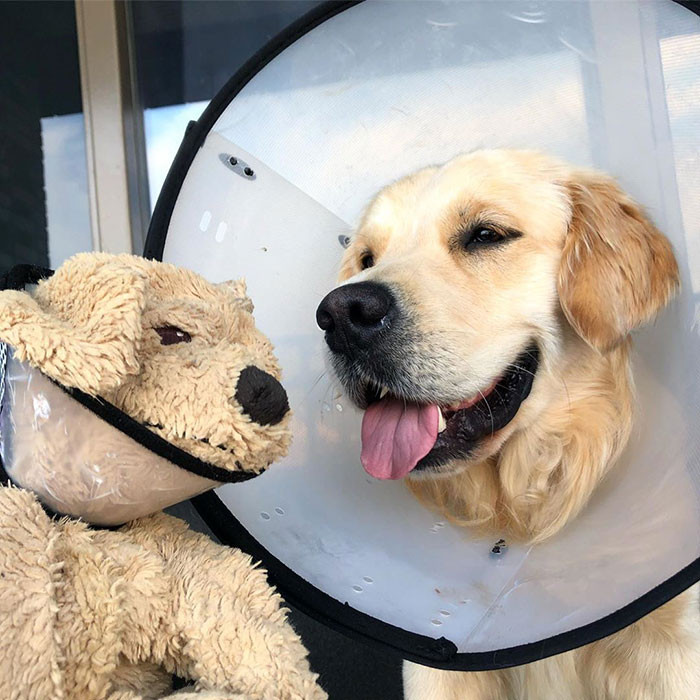 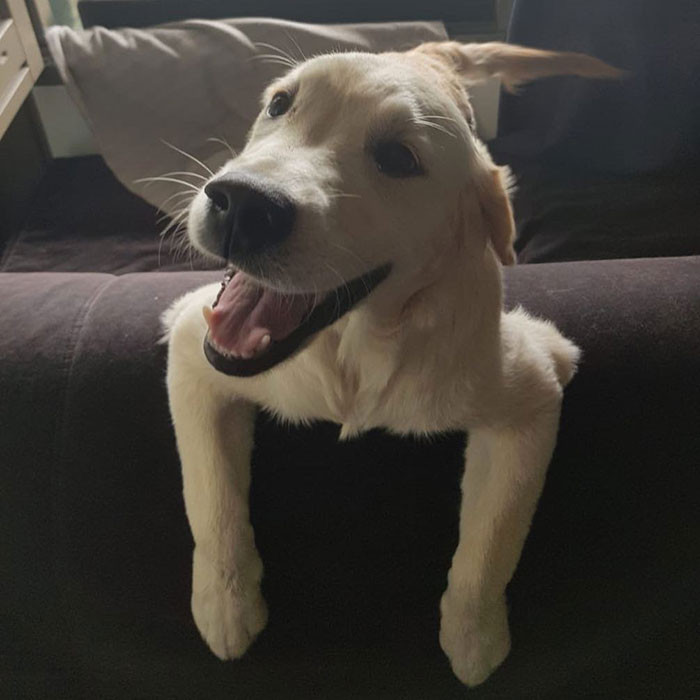 Not only because the pair go everywhere together but also because Barley is known to be able to destroy stuff toys but keeps his friend in good condition. 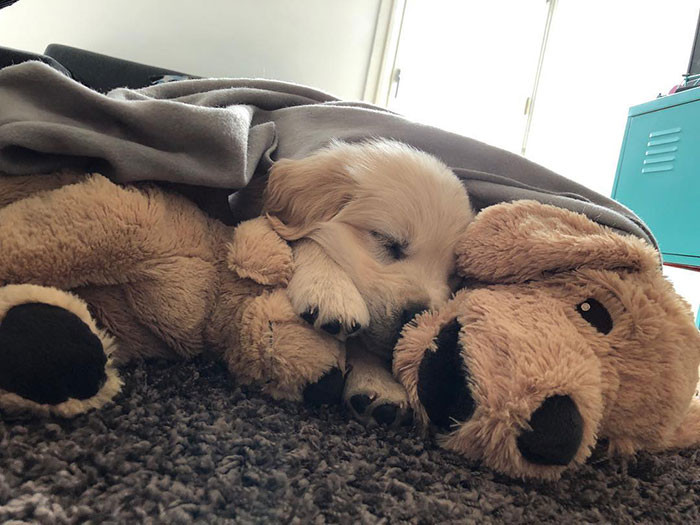 “Occasionally, he hangs out with his stuffed panda sometimes. Fluffy also has a big brother from IKEA but Barley’s not too interested in him. In fact, Barley’s destroyed all his other stuffed toys but has never once harmed Fluffy. He takes such good care of him, it’s kind of crazy how much he loves him.” 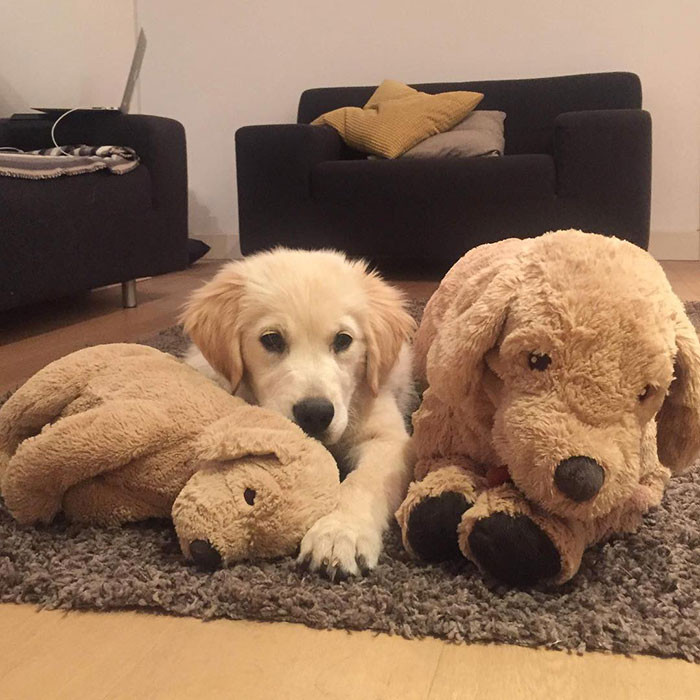 They even go through tough medical procedures with one another.

“A few weeks ago, Barley got neutered and had to wear a lampshade for a week. We felt so bad for him that we got a cone of shame for Fluffy too. It definitely made him much happier haha.” 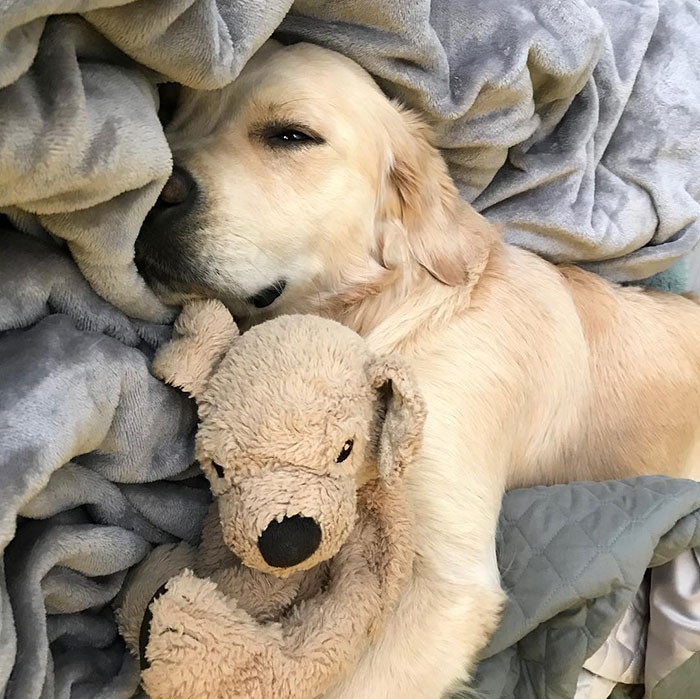 Why is fluffy so important to Barley?

“Fluffy is his best friend and also his comfort blanket. He’s had him since the day he came home.” 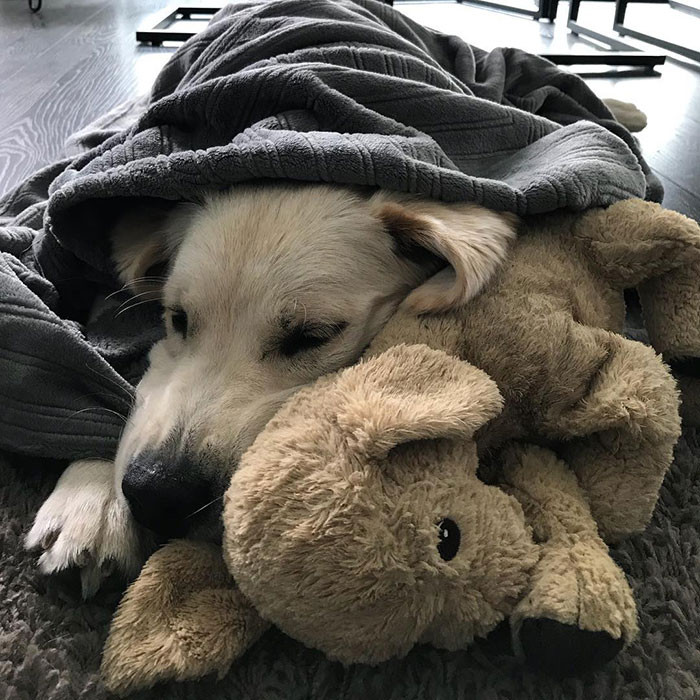 “Goldens are known for their soft mouth so I guess he feels comfort when he holds him and he loves the attention he gets when he carries him around everywhere!” 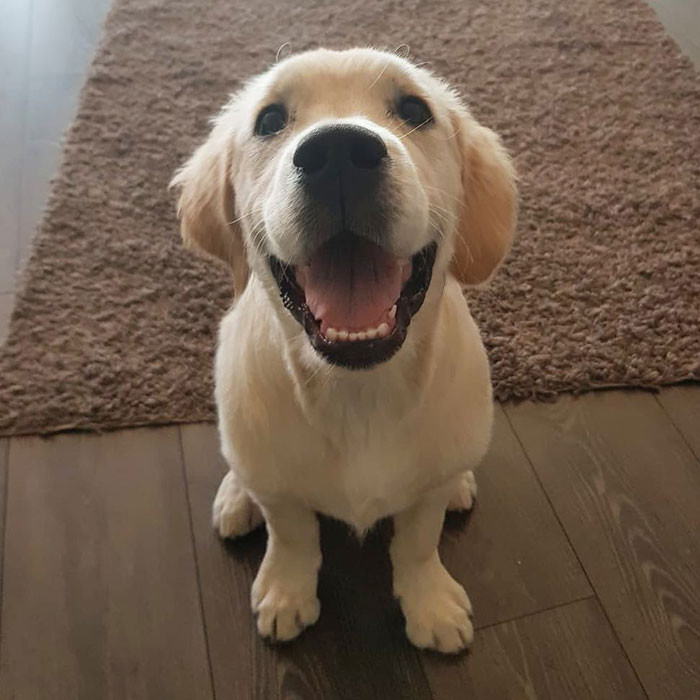 Here is what others had to say about this story...

It is definitely a good one. One worth sharing.

They really are. Beautiful dogs.

What do you think of this story? Does your pet have a favourite toy as well?