2020 has unexpectedly turned into one the worst years in quite a long time, it started with Australia's burning hellfire, then we had to fight against systemic racism and now the whole world is pretty much on the brink of economic collapse. Due to all of this, it has become pretty obvious that we have a lot on our hands and we need a lot of time to recover from all of this.

Most people are trying to make the best out of this situation and are cooperating as much as they could until we finally triumph against these unfortunate circumstances. However, there's a certain category of people that were given the name "Karens" that don't seem to understand that we're living in exceptional times and that we're all equally suffering because of what's happening.

Karens are pretty much the worst thing to ever happen to this planet in quite a long time.

Domino's somehow decided to celebrate "all the great Karens out there by shouting them a free pizza!” 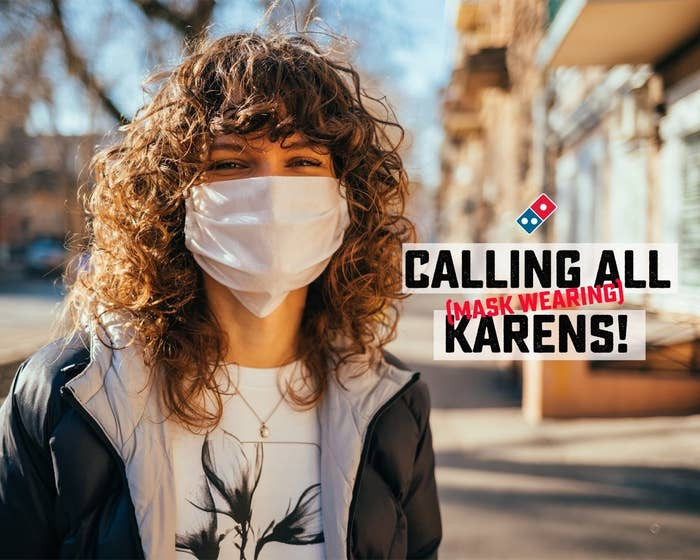 An incident in Victoria this week is the reason behind this announcement after an Australia woman, who was dubbed a "Karen," refused to wear a mask and was recorded harassing Bunnings staff.

Several people started calling out Domino's for jumping on a trend for PR sake and the backlash was brutal.

There are so many GENUINELY marginalised people doing it tough right now/always, & you wanna give free pizza to... Karen? This misses the mark completely. Give pizza to people in poverty, people who can’t get a wage subsidy... people who are ACTUALLY struggling. pic.twitter.com/Pdd54DsqO4

Twitter user @AlanahParkin pointed out how Domino's ignored so many important movement and decided to focus on Karens instead.

“Not all Karens” reeeeally isn’t the hot take you think it is. People are holding entitled white women to account for dangerous & often supremacist behaviour in the wake of some significant social movements like BLM & instead of supporting those movements you wanna do... this. 🙃

This user also also pointed out how most "Karens" are privileged white women who never faced oppression in their lives.

most of the time “Karens” are entitled privileged white women. If a few people actually called Karen can’t handle the meme of it they should try handling 400 years of oppression. They should try watching their people killed by police officers solely for their skin.

An actual Karen even expressed her distaste for this failed stunt

My name is Karen. Please don’t waste a pizza on me, MUCH rather you donate pizza (or, $) to local orgs and charities supporting those actually affected by the 2020 crises.

As of now, nothing has been posted yet to Domino's Australia page.