Man Comes Up With An Epic Plot For A "Home Alone" Sequel, And 73K Twitter Users Are On Board

I don't know about you, but I, for one, could not imagine seeing out the festive season without watching "Home Alone" at least once. The 90s film, featuring a 10-year-old Macaulay Culkin, is a Christmas classic, and this year is its 30th anniversary.

To celebrate the special occasion, Twitter user @KevinJZak, decided to propose a brilliant plot idea for Home Alone 3. Now, you may be thinking that it should be for Home Alone 4 since a third film was already released back in 1997 - but @KevinJZak doesn't count that one since Macaulay Culkin did not star in it, saying it's time for "a true Home Alone 3."

Thousands upon thousands of Twitter users have fallen in love with the plot idea, which features all the original characters 30 years after the original film. You can check out @KevinJZak's idea in full below.

The plot begins 30 years after the first film, and Kevin McCallister is now 40-years-old. 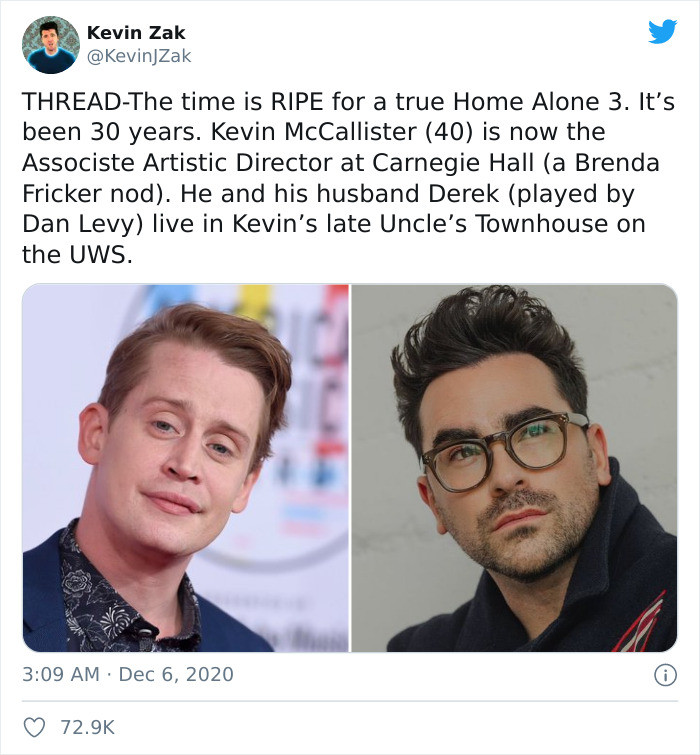 Kevin's mother is now a widow, so Kevin and his husband travel back to Chicago to help her pack up the family home and spend one last Christmas there. 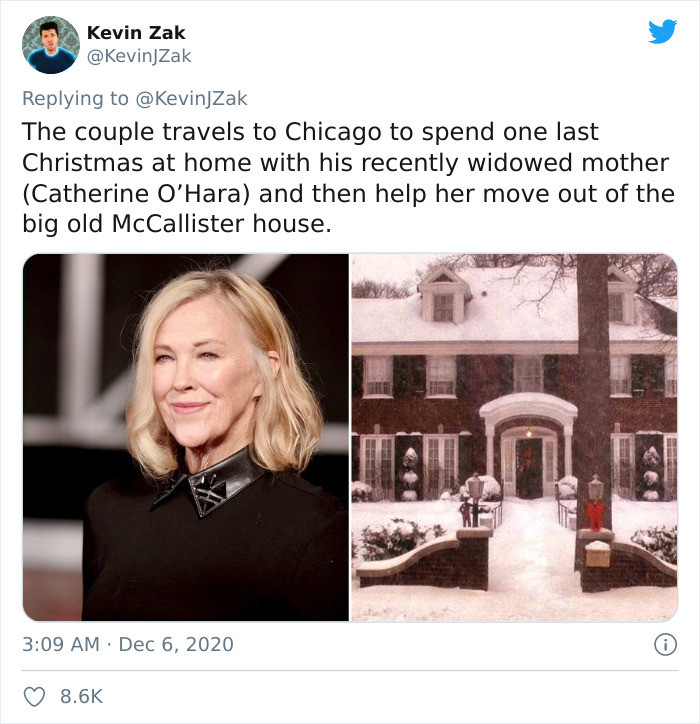 Marv and Harry have now served their time and are out for revenge on Kevin. 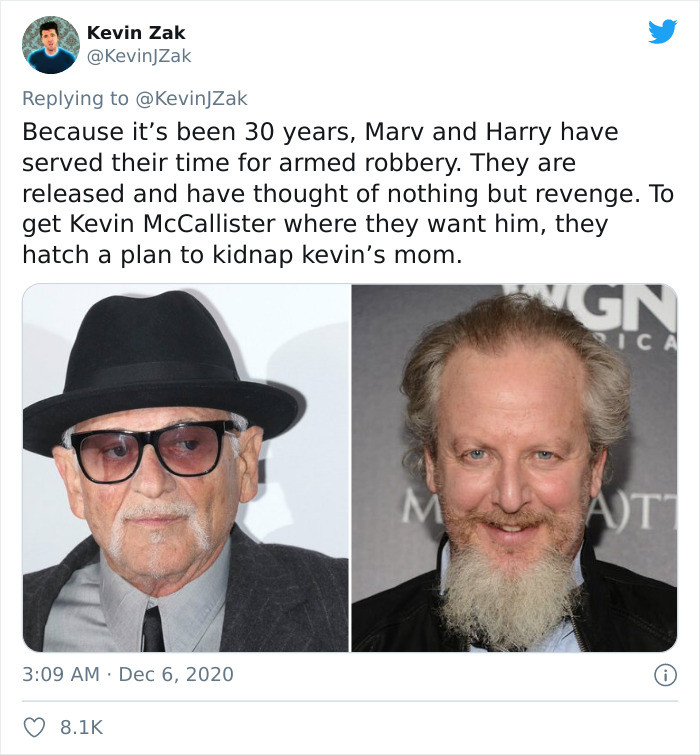 So, they decide to kidnap his mom. 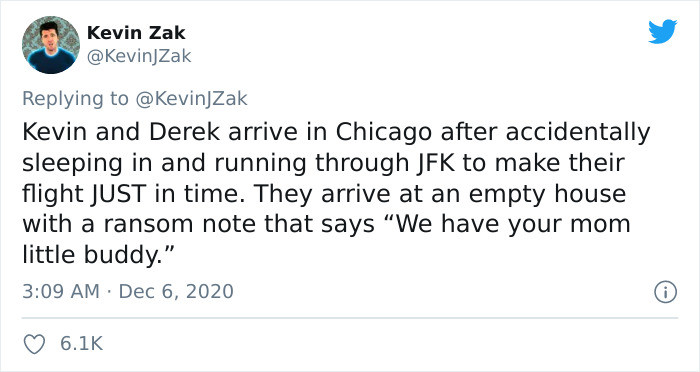 Of course, Kevin takes it upon himself to rescue his mother and bring her home safely. 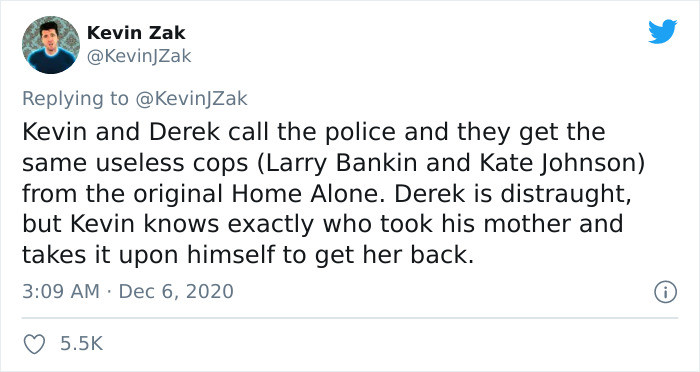 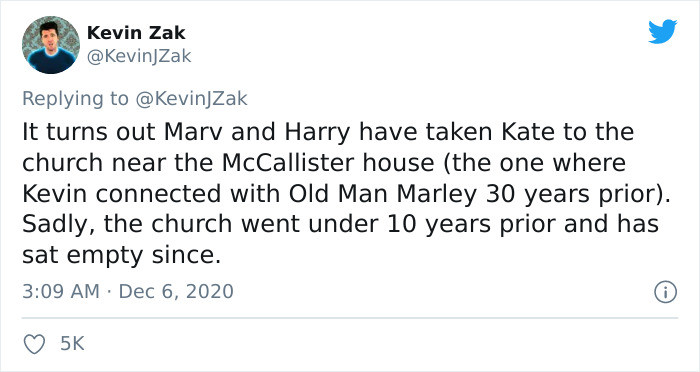 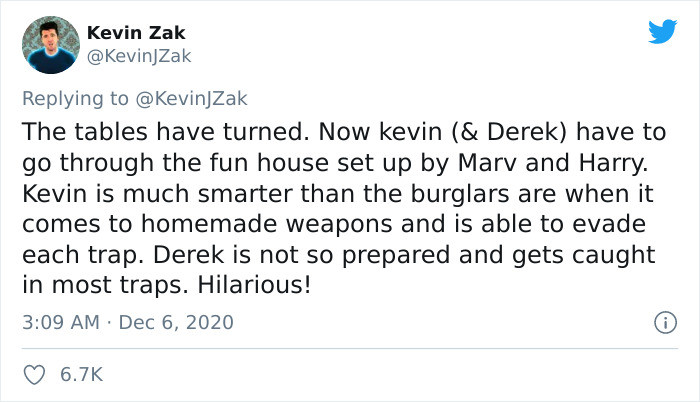 Kevin and his husband find Kate and flee back to the McCallister house. 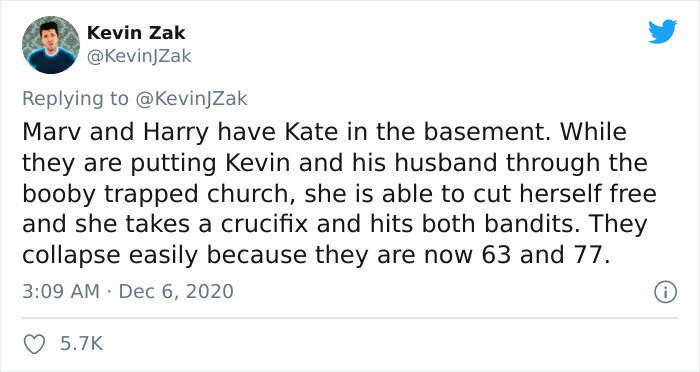 Kevin reveals the reason he knew exactly how to get around the Sticky Bandits. 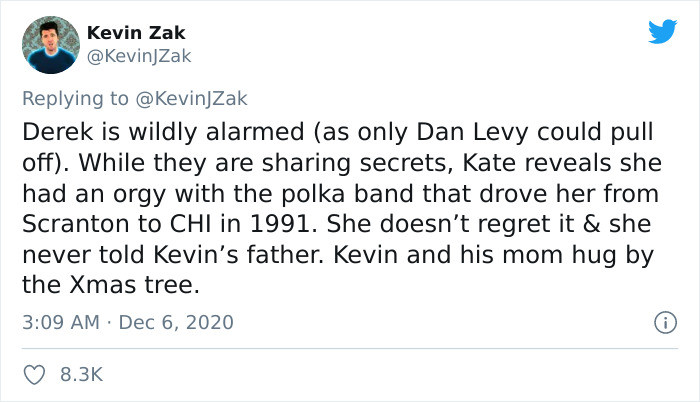 As the credits roll, Lana Del Ray's cover of "Somewhere In My Memory" plays. Interesting! 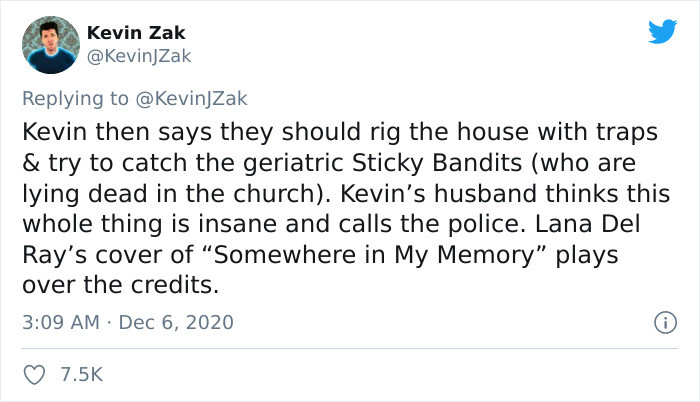