Social media 'influencers' have huge egos, even bigger than actual celebrities. They think that they're so important that they deserve to get free stuff, well not completely free because according to them giving someone 'exposure' is better than paying them with actual money, which is utterly ridiculous.

A lot of businesses are constantly complaining about these so-called 'influencers' repeatedly bothering them with their begging. And yes, I called it begging because that's what it really is.

The social media influencers below thought they could get away with asking for free stuff, but they ended up getting shamed on the internet, which is the closest thing to a happy ending.

"This fake guru has 186k Followers and always post about how much money he makes."

It's a good deal though

They can buy what they want and I'll give them a coupon code for them to post. If the code is used at least 10 times in 30 days I will refund their entire purchase + shipping

No one ever takes me up on it

Try working, that's how people have been making money since forever

‘Warning, RANT post’ I love what I do and pinch myself everyday because I’m living my dream life. It’s an honour and a privilege to be invited into someone’s life celebration. I work with and alongside some of Australia’s best producers. My farmers work tirelessly to grow the food we often take for granted, while my producers of fine foods work 20 hour days to give us their best. I recently had a South East Queensland based influencer ask me to provide a stunningly large amount of food for 300-320 estimated guests FOR FREE! All of this was going to be rewarded with a few posts from food bloggers & influencers. When offered a discounted rate the influencer responded with “Very few people actually eat, so its not a huge thing for us - but we obviously do need to ensure we have food and its more about how it looks rather than it being a lot” . Well it’s a huge thing for me and this is where I draw a line in the sand. I can handle the entitlement that oozes from some influencers and I usually have a good laugh at the enquiries I receive but my farmers and producers work their butts off and they deserve more than their produce going in to landfill all because an influencer cares more about the ’look’ and less about the substance...sounds familiar 🤦‍♀️. I always tag my suppliers, I share where I source items from and I give advice freely. Not everything in life has a price tag and I have never asked any of my suppliers for free food or product. Suppliers in this shot are @woggoon_farm @woombyecheese @kingislanddairy #dontfeedtheinfluencers #couscousforcomment #payapersontheirworth #brisbanefoodbloggers #masterchefau #theageofentitlementisover #brisbanecaterer #cheesetower #grazingtable #brisbaneplatters #brisbanegrazingtable #likemindedbitchesdrinkingwine #waronwaste

A post shared by Grazing Tables & Cheeseboards (@scrumdiddliumptious_catering) on Jul 7, 2019 at 5:59pm PDT

"I guess I just lost the biggest opportunity of my life" 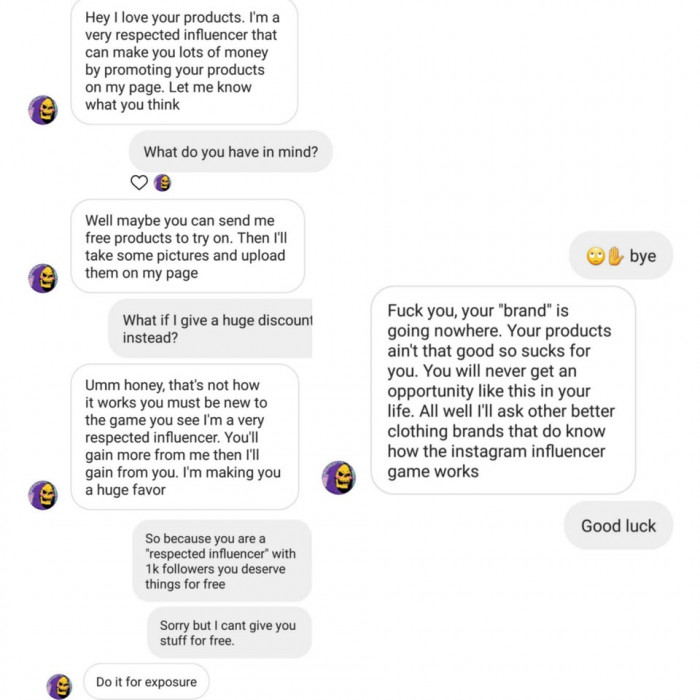 "This ice cream man’s response to a choosing beggar gives me hope for humanity." 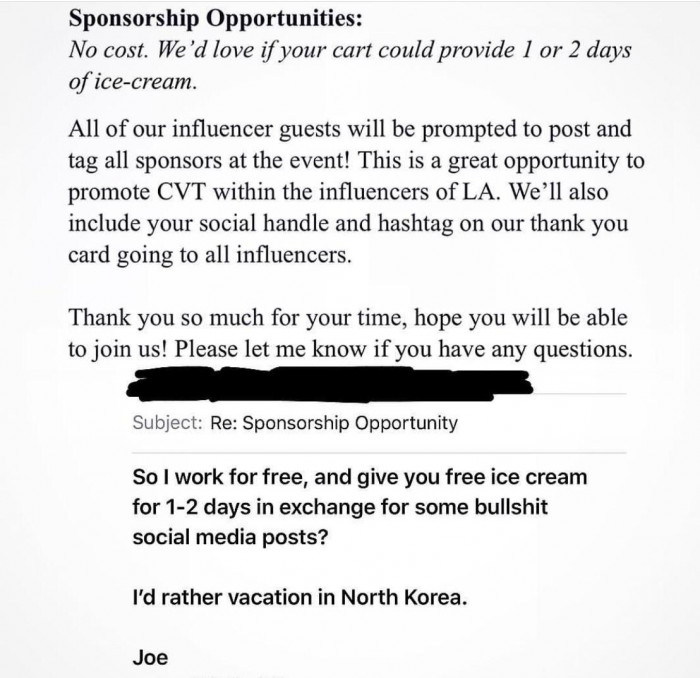 Oh they're so lucky

This ice cream man’s response to a choosing beggar gives me hope for humanity.

We’ve decided to make this thing official with signage. We truly don’t care if you’re an Influencer, or how many followers you have. We will never give you a free ice cream in exchange for a post on your social media page. It’s literally a $4 item...well now it’s $8 for you. #InfluencersAreGross

"The only way to protect your business from wild CB's" 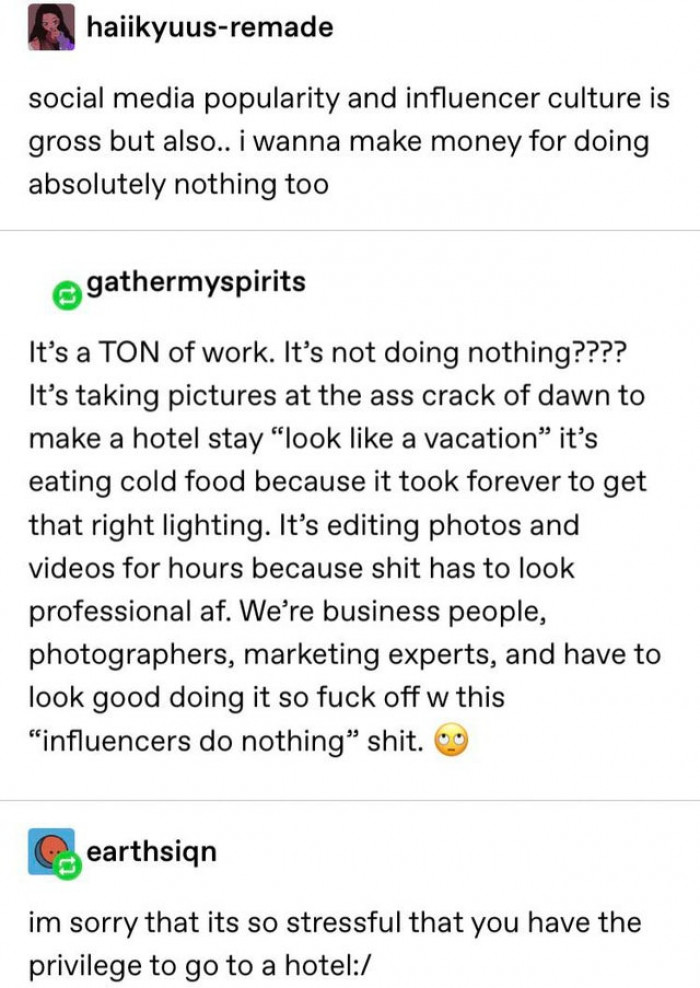