Almost 3,3 million US citizens filed for unemployment benefits last week, all due to the Coronavirus crisis. The pandemic has hit the economy so hard that current unemployment levels haven’t been so high since 2015, and at this moment a shocking 5.5% are struggling to make ends meet.

Its time for all of us to show solidarity, and many landlords are doing just that by not collecting the rent from their tenants until this awful crisis ends. When a stand-up-comedian Jesse Case saw an email from his landlady, he couldn’t believe his eyes.

Karen decided to change the lease by turning it into a month-to-month arrangement before Jesse would have to leave the apartment. But little did she know that she has met her match, and Jesse is no sheep for slaughter.

He wrote a reply that totally roasted her. “Sometimes, even in times of global strife, managers must be spoken to,” Jesse tweeted. 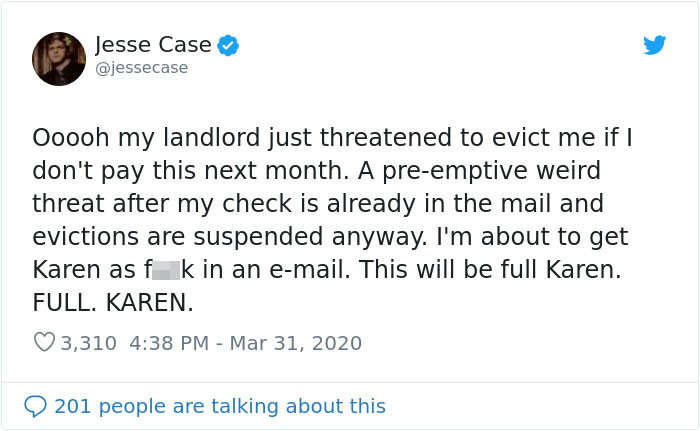 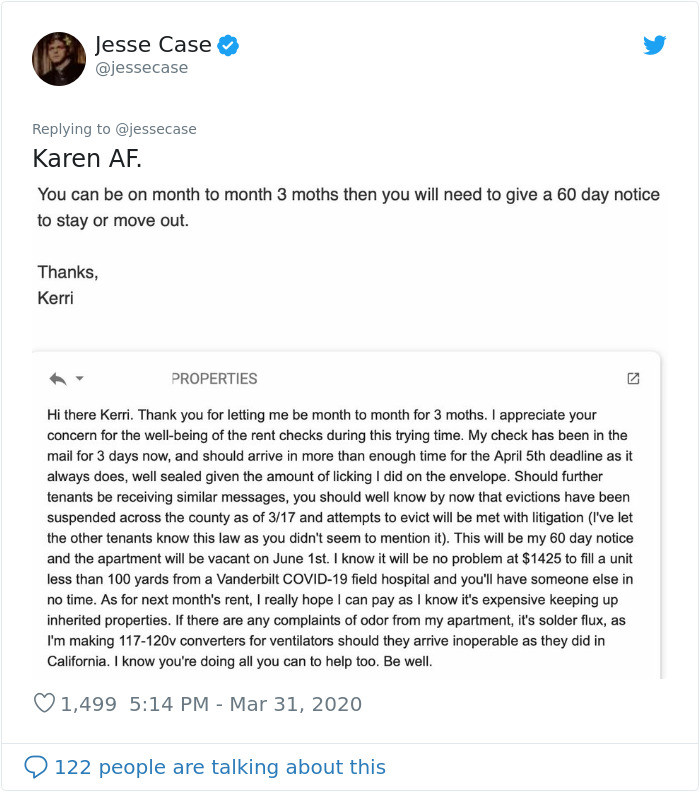 Here’s the message he got:

And here’s the full Karen-inspired reply: 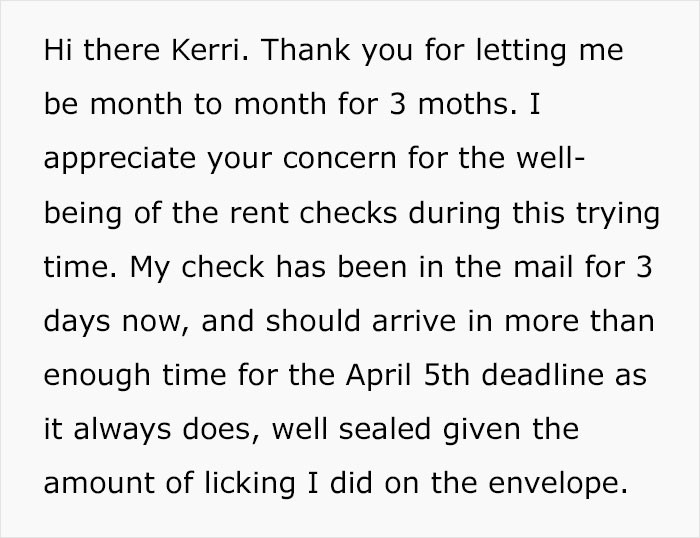 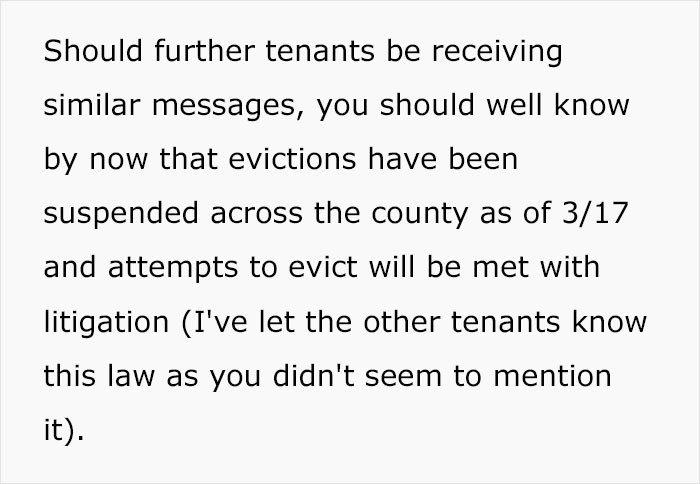 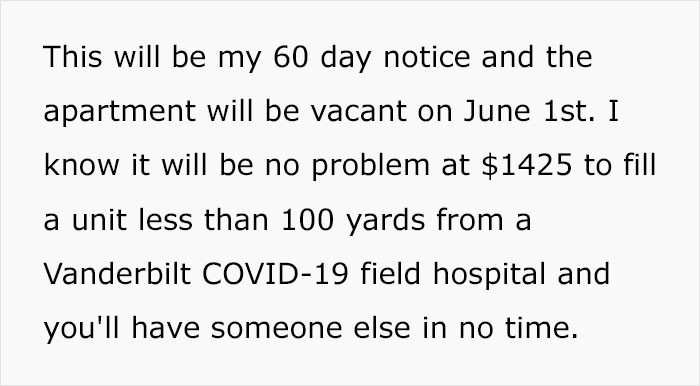 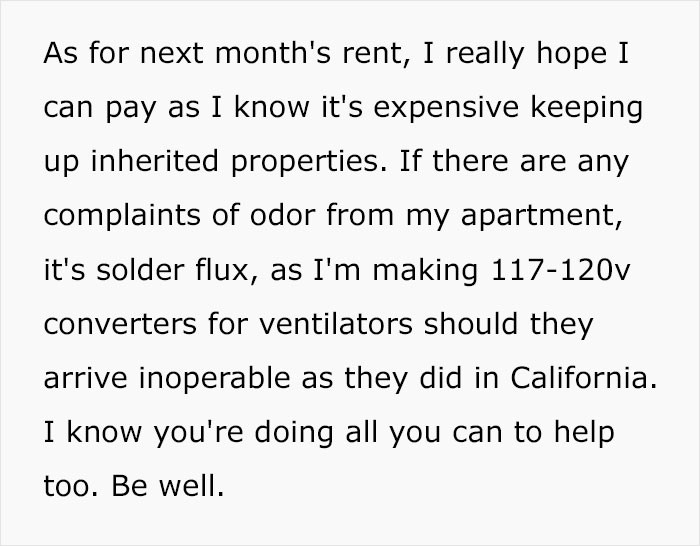 Jesse analyzed his email for a how-to Karen lecture: 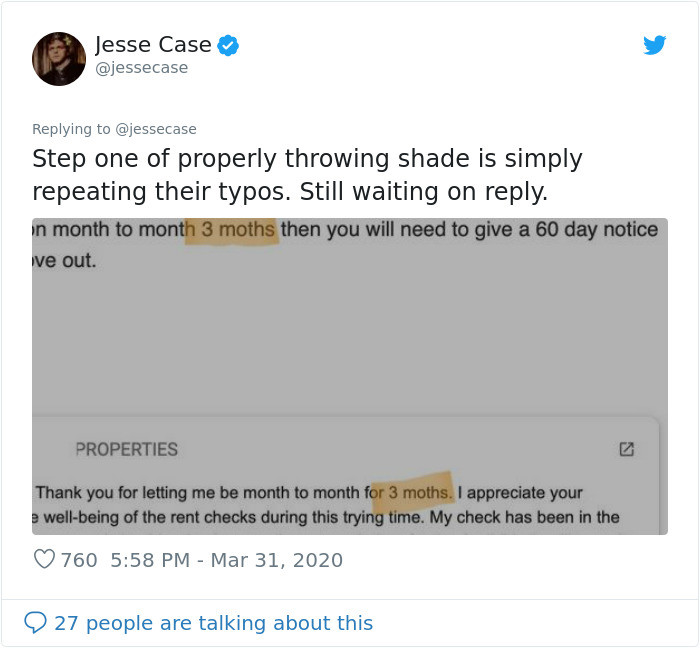 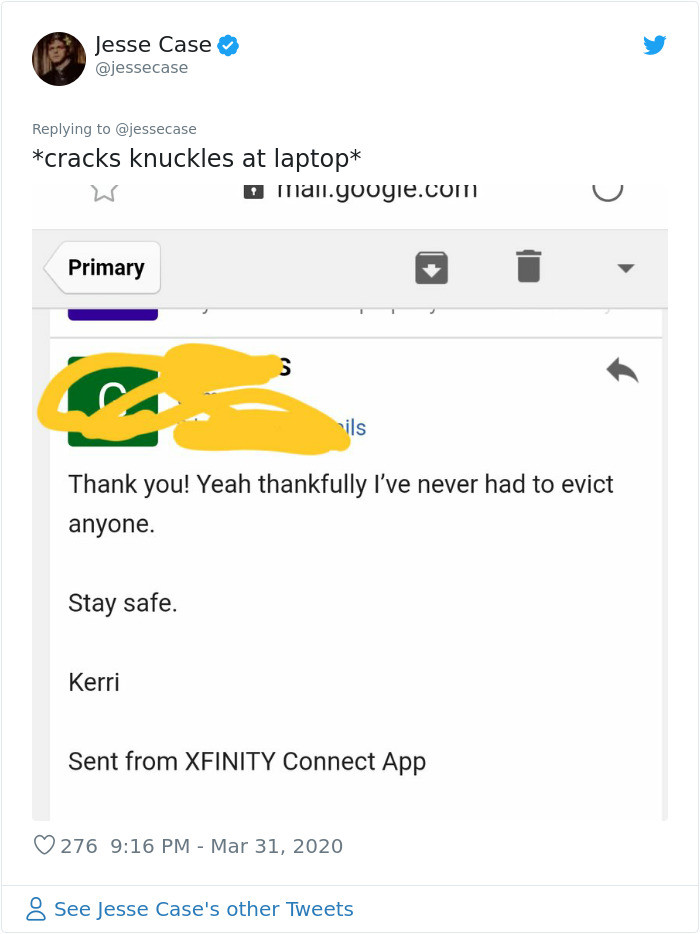 The stand-up comedian Jesse was born in Nashville, Tennessee, and later he moved to Los Angeles. The info on his website states that he toured for shows and TV appearances, but he got sick in 2013. “2 years later he was diagnosed with Stage IV colon cancer, and at 29, he had to move back in with his parents for treatment.”

These days, Jesse runs a podcast called Jesse vs Cancer that you can check out here. He covers many topics there, from his fondness of Mariah Carey, bad presents, to the “wee bit of cold going around” in the midst of the current crisis. Judging by the Karen-inspired email, the guy’s sense of humor is beyond question. 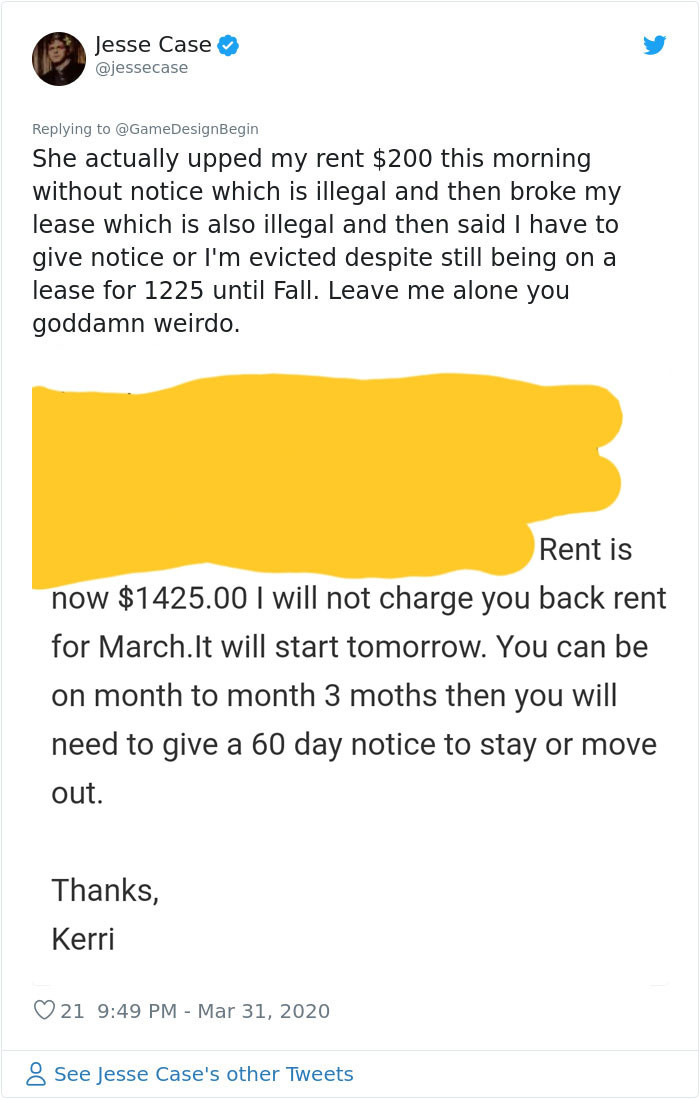 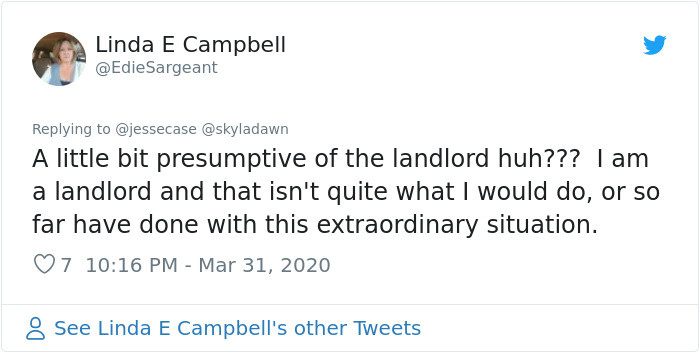 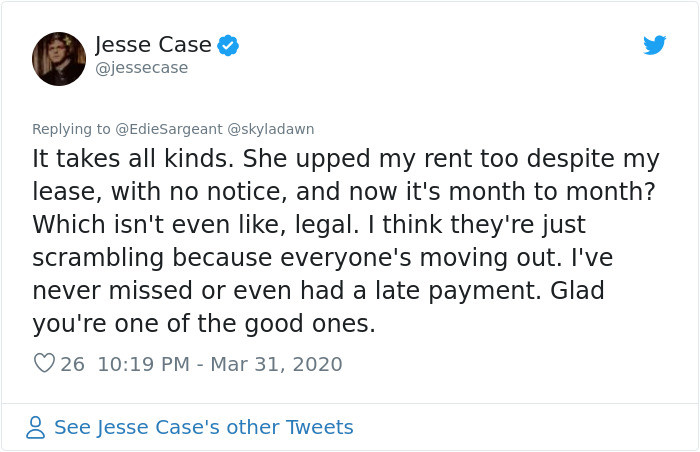 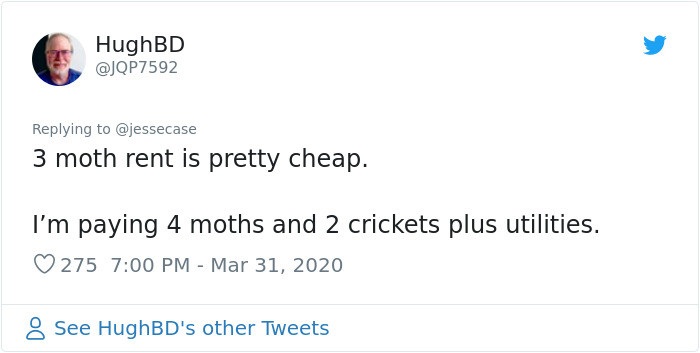 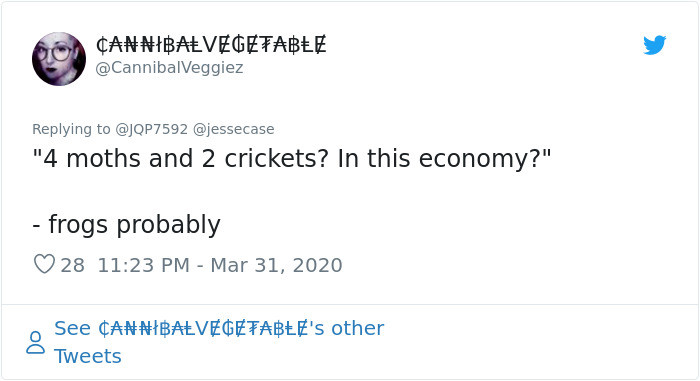 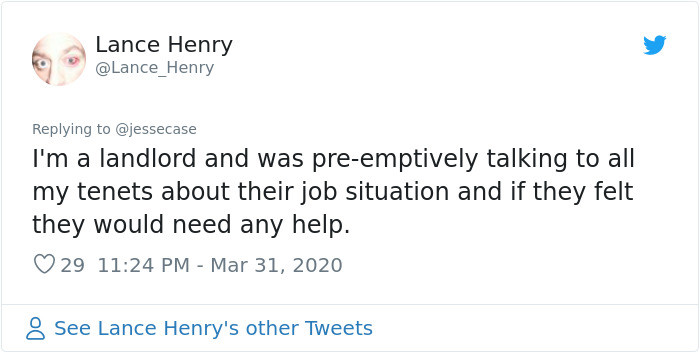 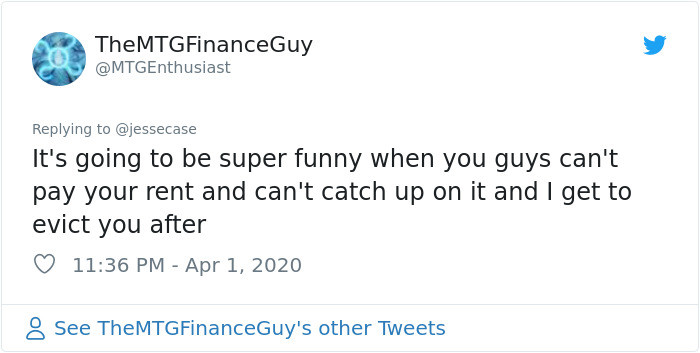