Social media is so overcrowded with choosing beggars, they are literally everywhere and you can't really avoid them no matter how much you try. Some people somehow think that it's okay to behave that way, so they don't even feel ashamed of it.

There's even an entire subreddit dedicated to them and it contains some of the cringiest content on the entire internet. However, there are a couple of cases that get on your nerves more than they make you cringe.

One great example of that is a babysitter Ad from a delusional woman who thought that she could get away with making so many demands but offering to pay so little. 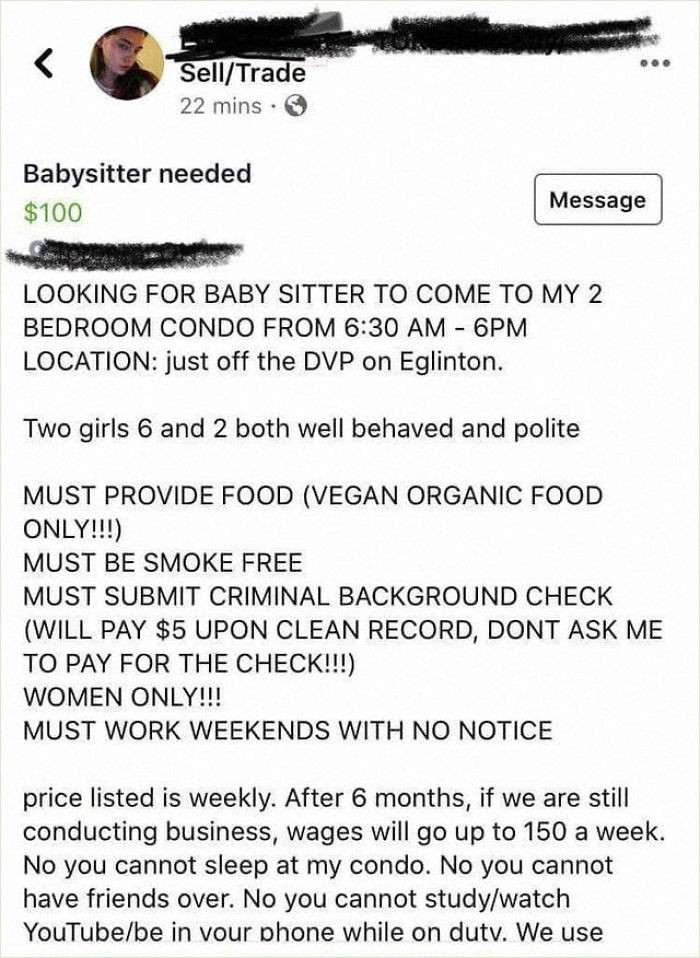 So basically, this woman wants someone to work for her 57.5 hours a week for $100, which is $1.74 per hour. Not only that, but you also have to spend some of that money on her kids because they can't live without organic food, and it's kind of expensive.

Baby sitters make $13.97 per hour on average according to the national average rate for babysitters in 2017. You can't even compare that to the rate this woman is offering, and it's basically a full-time job where you also have to "work weekends with no notice”

This mother obviously lives in a fantasy world and anyone who's willing to work for her must be out of their mind.

People were absolutely shocked by the ridiculous demands on this ad: 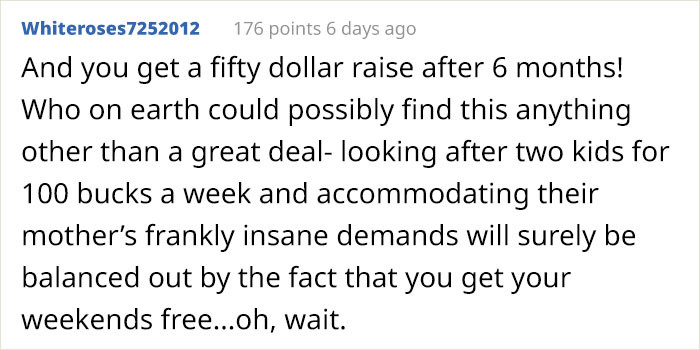