If you're a woman over the age of about 27, you're probably very, very familiar with the 'Sex And The City' episode where Carrie's boyfriend, Jack Berger, (who by the way, I hated) writes a novel. Carrie, who is also a writer, reads his novel and exclaims how much she enjoyed it before picking one small fault in the narrative.

"...And if you would shut your trap, I could tell you that I love, love, loved it! I loved it... Except for one huge problem. You have your leading lady running all over town wearing a scrunchie. A SCRUNCHIE!"

Berger defends his decision and it leads to a huge fight where Carrie highlights to him that successful women in New York city would not be seen dead running around Manhattan with a scrunchie in their hair and that if he knew anything about women, he would know that.

Berger, like most men, did not like being told he was wrong. He spends the rest of the episode either angry at Carrie, or trying to find a woman on the island of Manhattan with a scrunchie in her hair.

In 2019, Meghan Vondriska launched the ‘Men Write Women’ Twitter page, inspired by the 'Men Writing Women' Reddit Community. The Twitter page has over 65,000 followers 63k followers and features reallllllllly crappy examples of how little some male authors know about women.

Check out some of our favorites below! 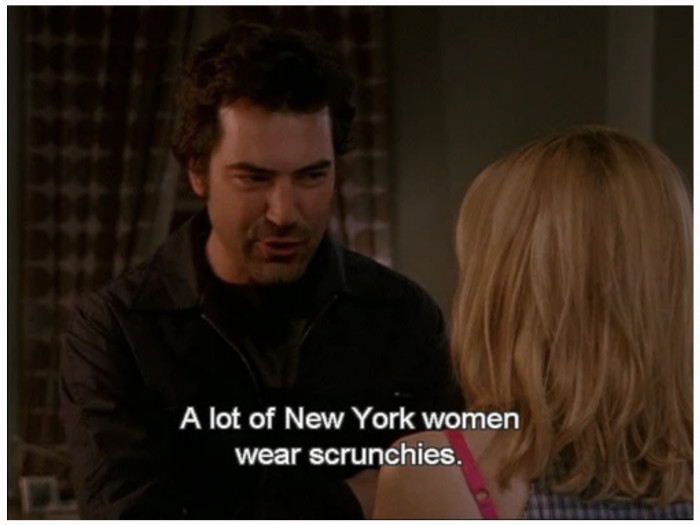 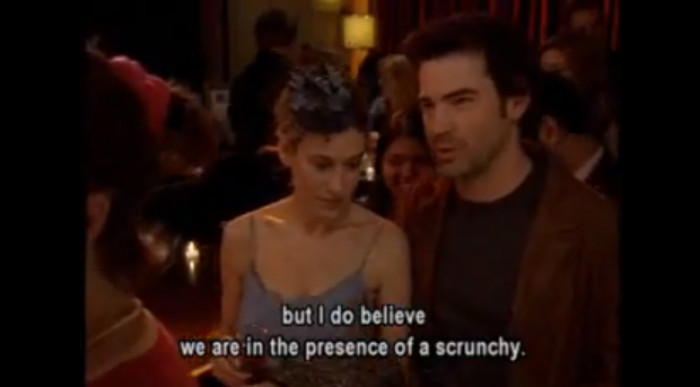 "This Is The Best One Yet." 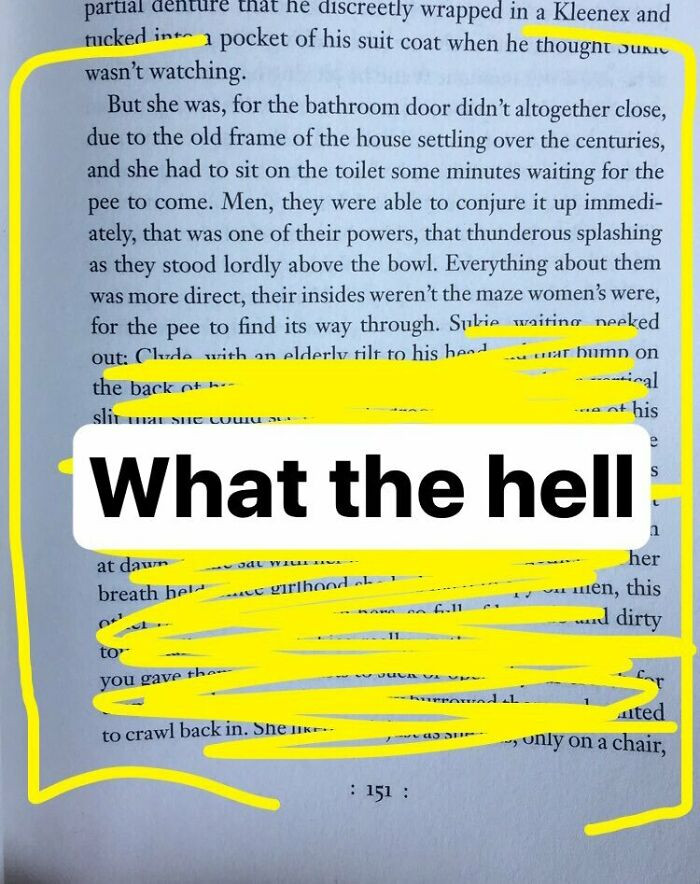 "We Don’t Get Real Pockets In Pants Because We Have Tiny Purses In Our Vaginas!!! (Stuart Woods, Desperate Measures)."

"3 And A Half Milliboobs Per Handful." 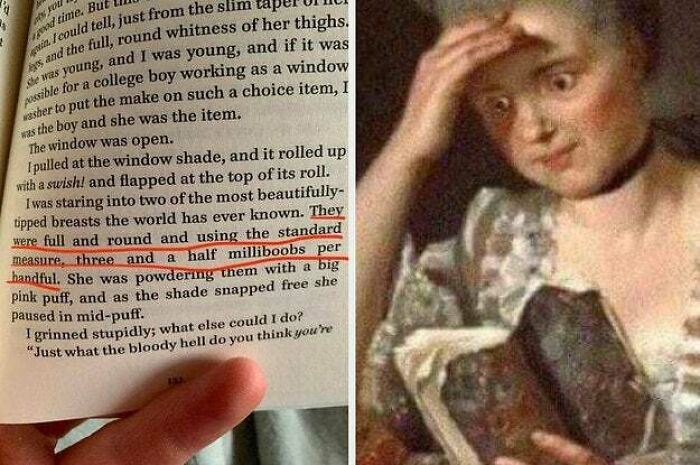 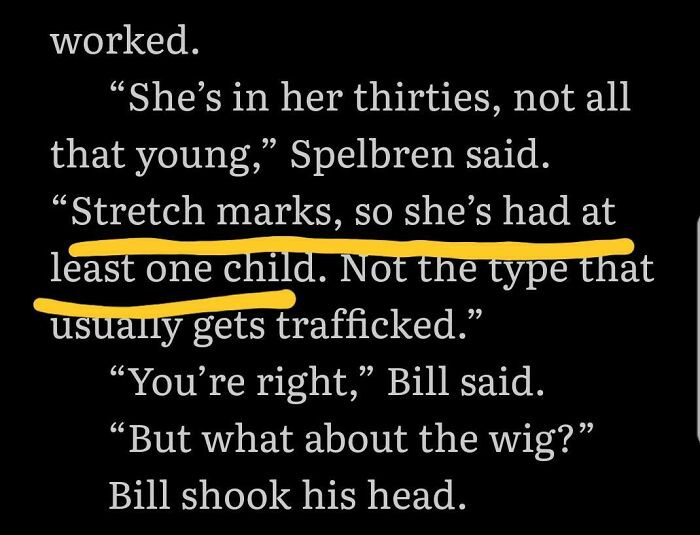 "Yes, Men Would Be Amaaazing At Handling Pregnancy - Evolution Really Screwed This One Up. Bonus Points For 'No Woman Gets Raped Unless She’s Looking For It'."

"Let's Not Forget This Gem Either."

"Ugly Women Without Good Personalities Should Kill Themselves [rivers Of London By Ben Aaronovitch]." 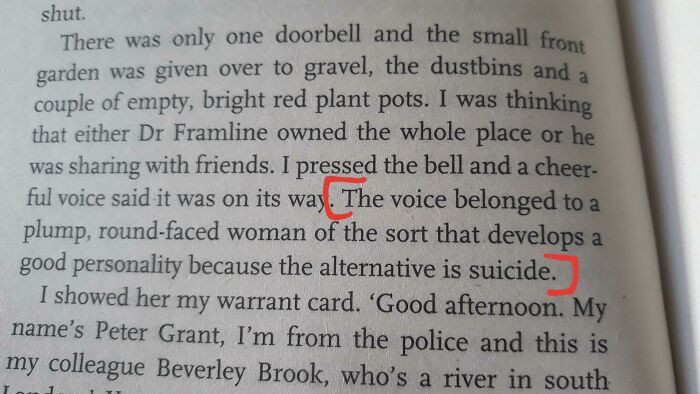 "This Made My Breasts Frown."

"That's Not How Any Of This Works." 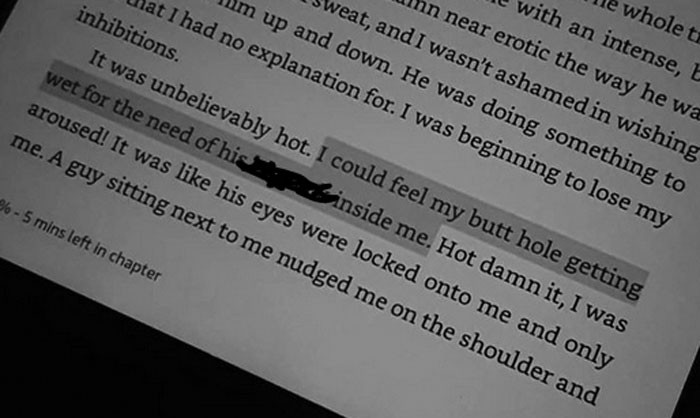 "Unsurprisingly, The Book's Terrible Writing From A "Proclaimed" Writer Does Not End Here (The Wedding Plot, Jeffrey Eugenides)." 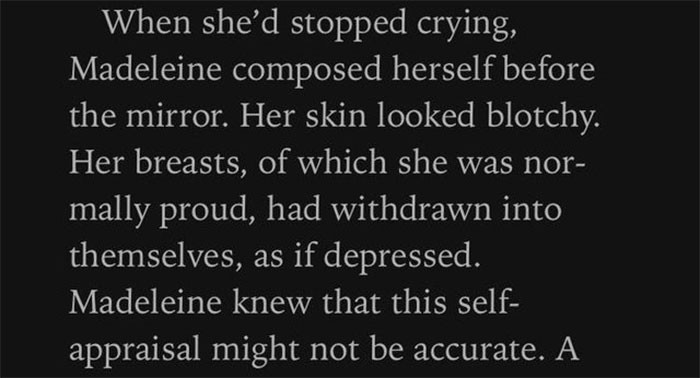 "She's Eleven And Scared But Let's Talk About Her Nipples." 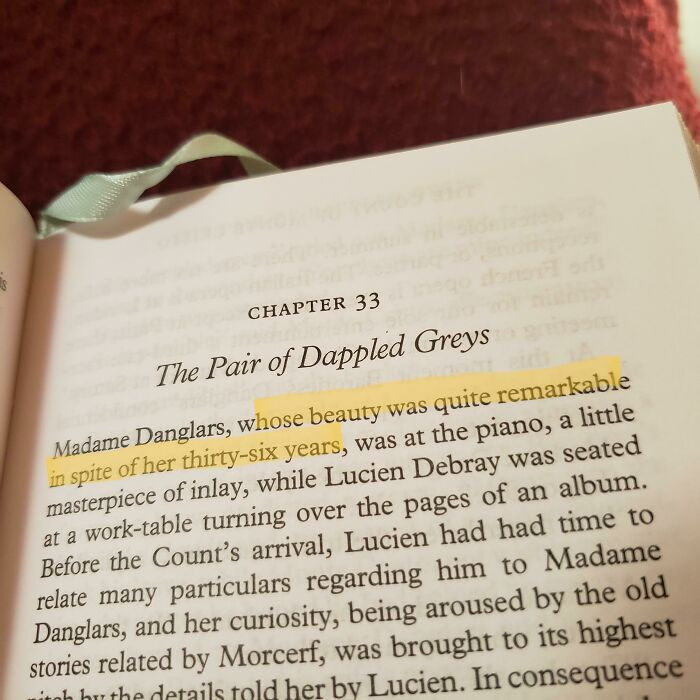 "Be Horrified With The Rest Of Us." 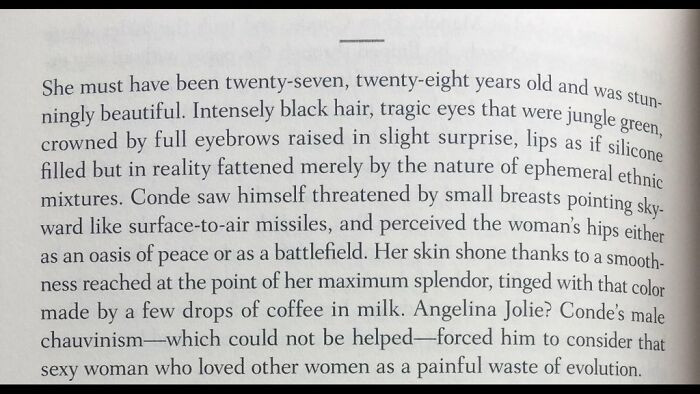 "This Whole Book Has Both My Eyes And My Boobs Rolling."

"She Was Flesh And Blood, Not The 2D Woman He Was Used To Objectifying On Television, And For That She Was All The More Special (A Time On Earth, Vihelm Moberg)."

"Ah Yes, Exactly How I'd Describe Myself (The Diamond Age, Neal Stephenson)." 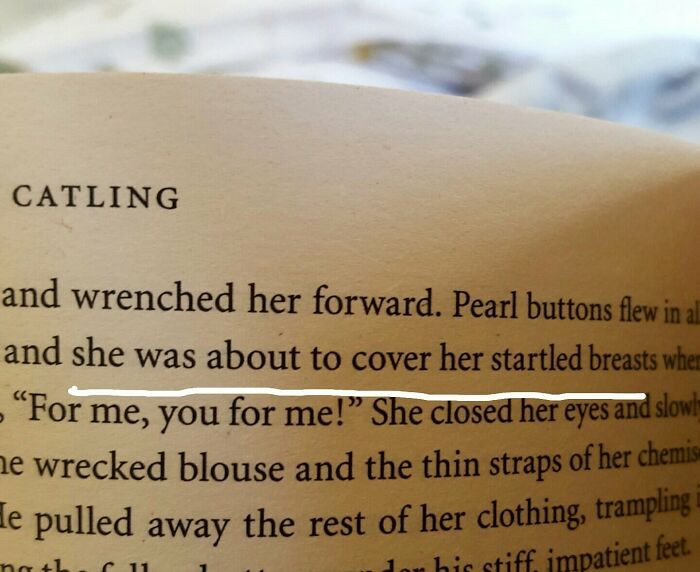 "Plz Put This On My Tombstone #submission (The Dogs, Scott Smith)." 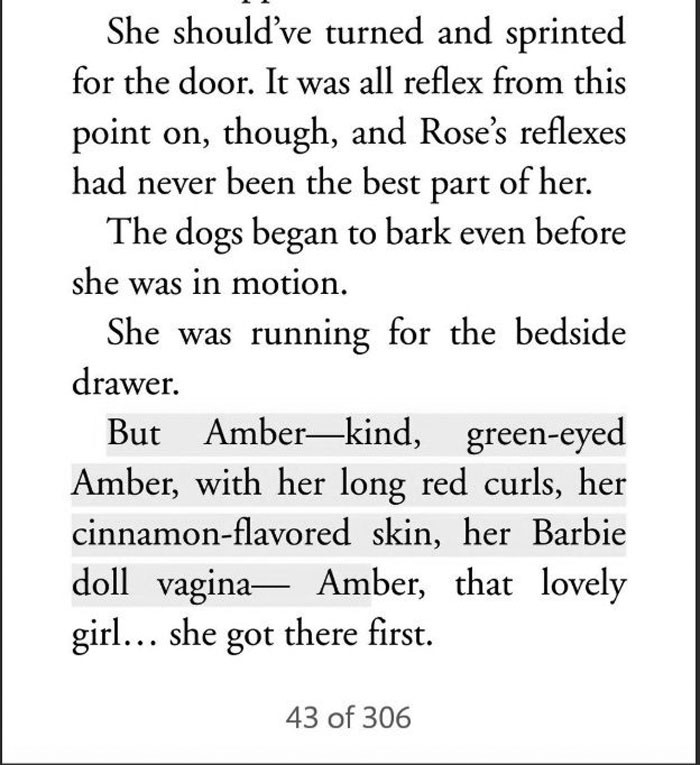 "*me To My Friend* Excuse Me, May I Please Borrow Your Eyeballs?."

"Literally No Woman Would Ever Do This (Misterioso, Arne Dahl)." 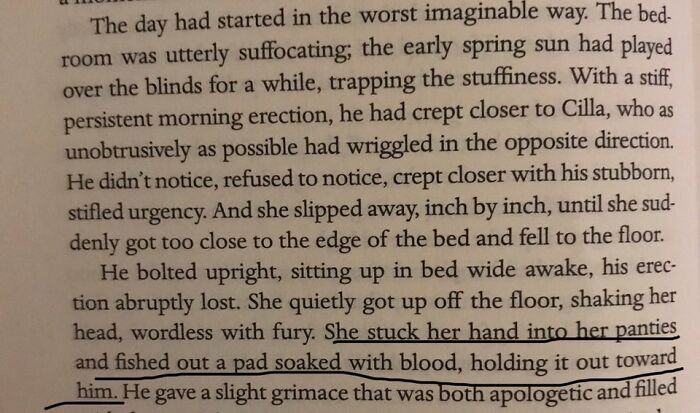 "Only Sluts Have Hairy Legs (The Things They Carried, Tim O'brien)." 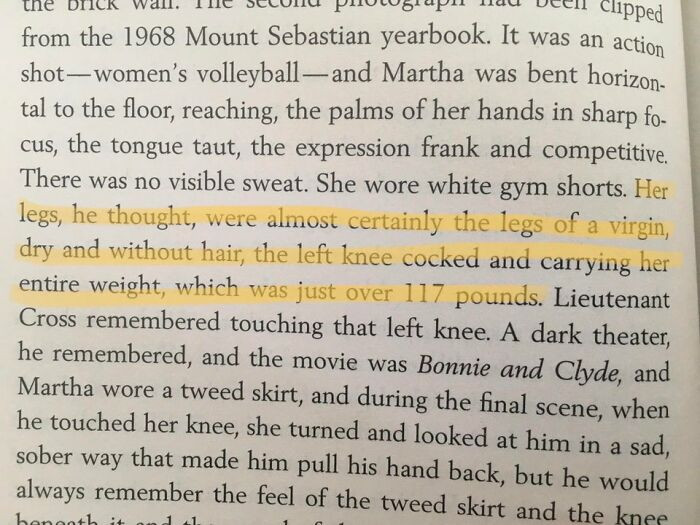 "Thank God For The Bikini Wax." 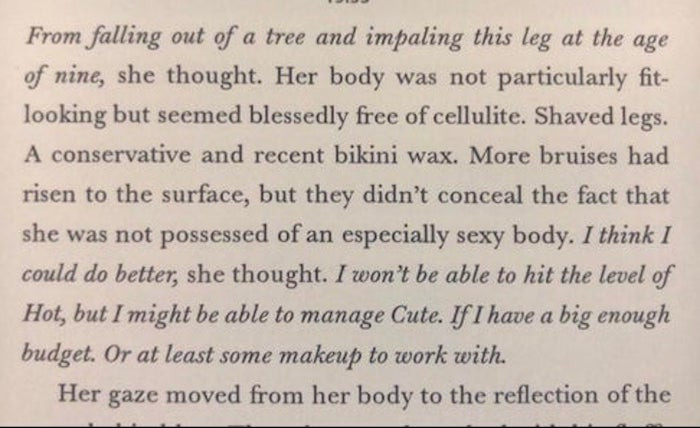 "The Rest Reads “Dad Is Looking Like He Made A Better Decision Every Year”. What?!?." 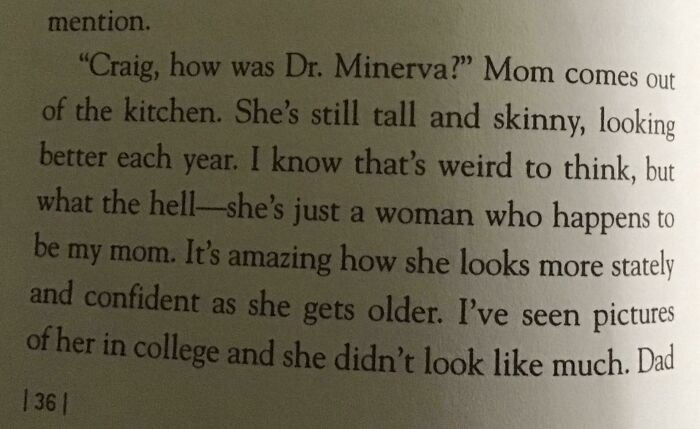 "This Is A Totally Anatomically Normal Thing For Breasts To Do #submission (We Can Remember It For You Wholesale, Philip Dick)." 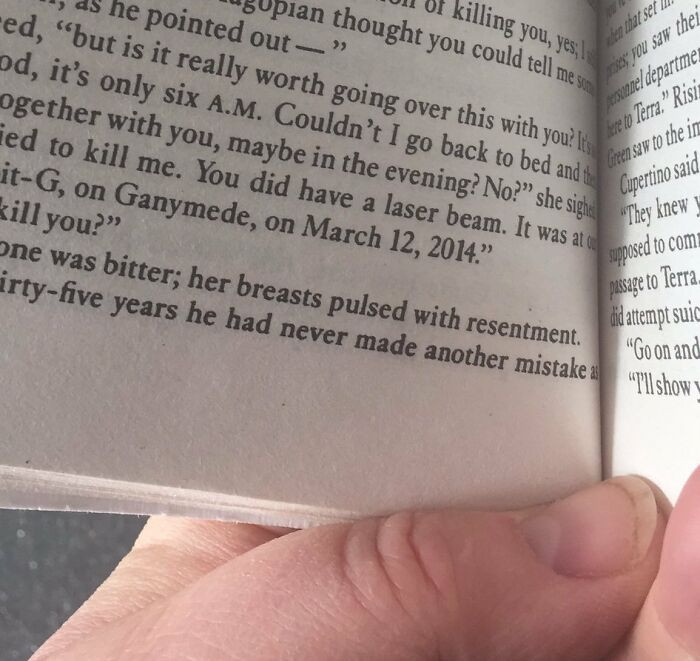 "#menwritingwomen No Wonder Some Of Them Think Our Breasts Stop Us From Doing Stuff If They Think We’re As Obsessed As They Are. We Can’t Get Away From Them. Oh Must Do This Important Thing But Wait!." 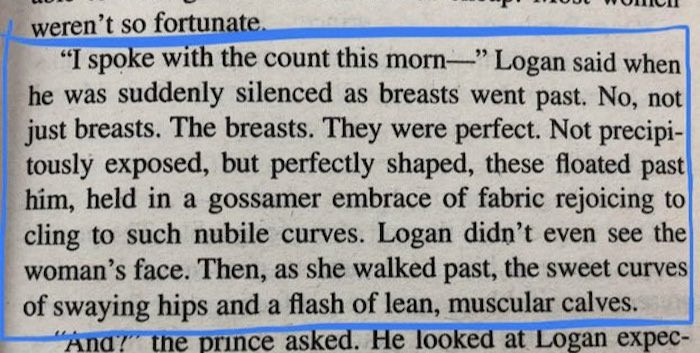 "'the Shining', By Stephen King. Its Always Breasts."