Jason Momoa had some exciting roles - Khal Drogo, Conan the Barbarian, Aquaman. Now its time for one of his most demanding character plays yet. He portrays Ozzy Osborne, the Prince of Darkness himself.

And it would be an understatement to say that he did it well. A promotional video For Ozzy’s new album, Ordinary Man, could not be more energetic and darker spirited. Jason Momoa does the lip-sync for the new song called Scary Little Green Men, and there is no better invitation to listen to the whole number. It certainly worked on us.

Scroll on down and see for yourself. 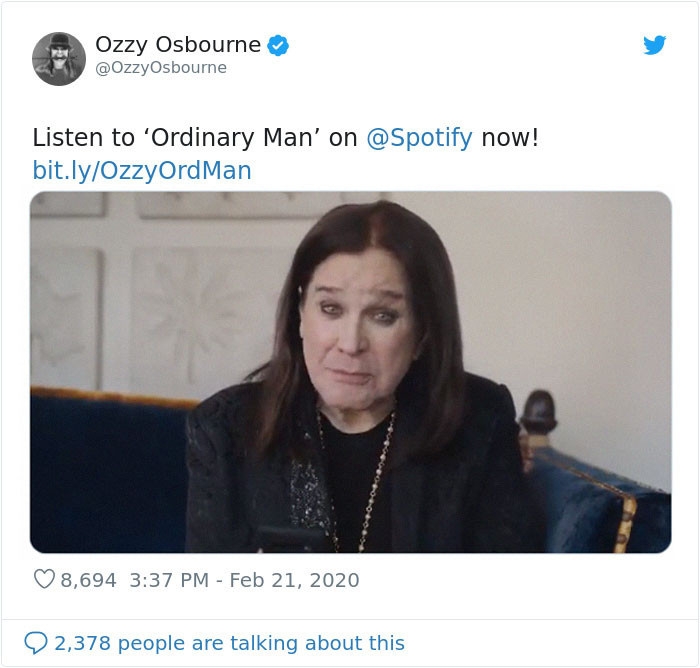 Osbourne and his team contacted the famous actor Momoa because he’s a major metalhead.

As a matter of fact, Momoa previously stated that Tool, Metallica, and Black Sabbath inspired him when portraying his characters, including Aquaman.

“Aquaman’s pretty metal. I know no one thinks that, but Aquaman’s metal. I kind of build my characters off of metal songs. Conan The Barbarian was really heavy Pantera, I’d say Aquaman was probably mostly built out of Tool and Metallica’s Kill ‘Em All. Ticks and Leeches, if I want to get specific. There’s a lot of Sabbath in there too.”

Momoa was at Slayer’s final show in Los Angeles, he sang Pantera songs with heavy metal megastar Philip Anselmo, and even took metal singing classes from Oli Peters of Archspire. 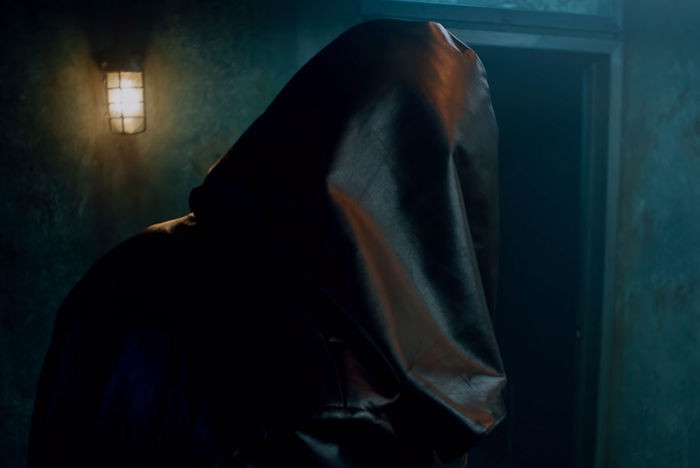 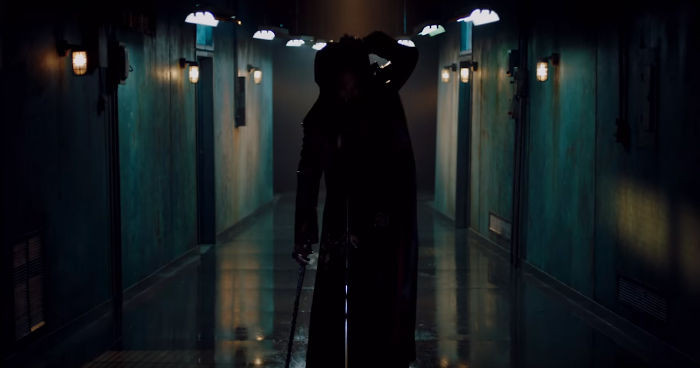 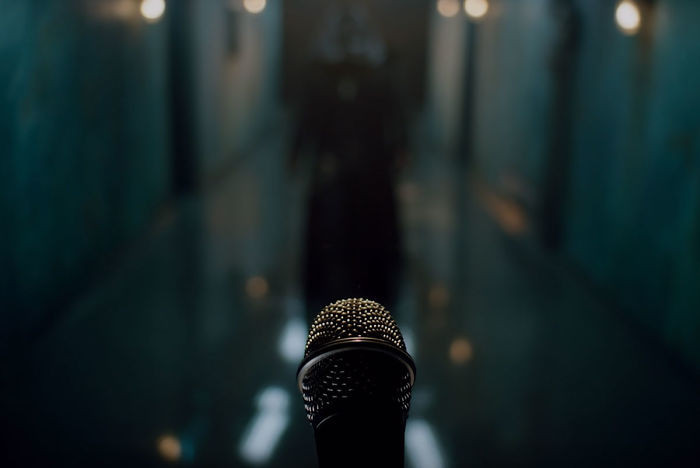 The character takes off its hood and Jason Momoa shows his face. 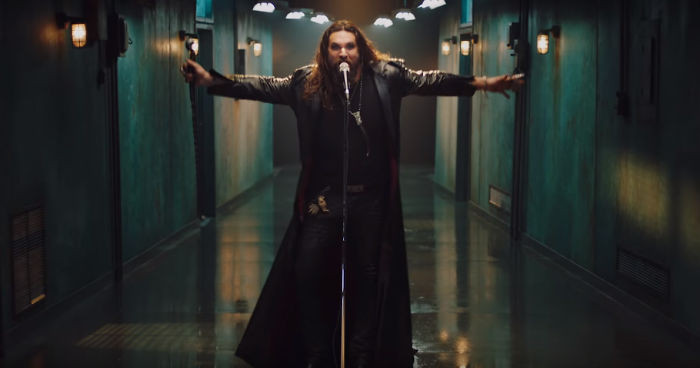 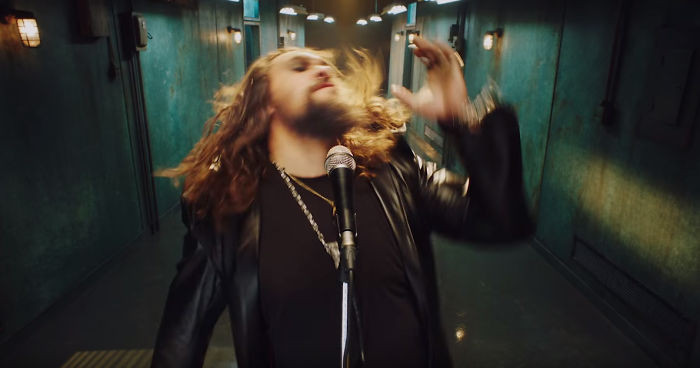 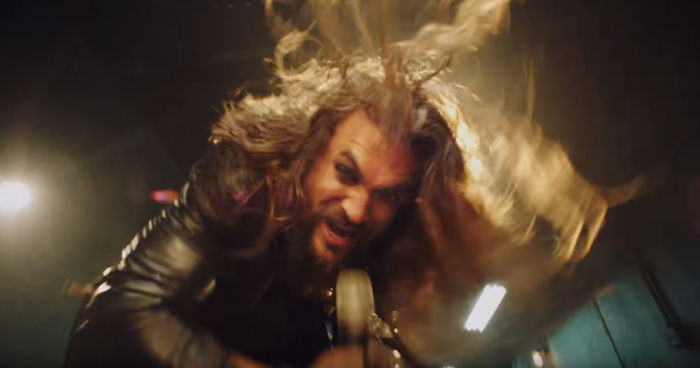 Jason Momoa is a real metalhead. 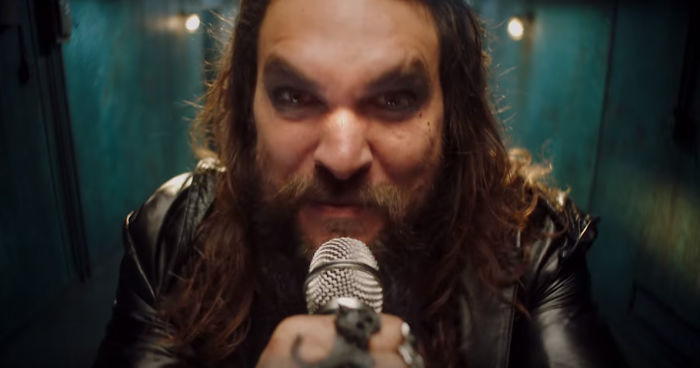 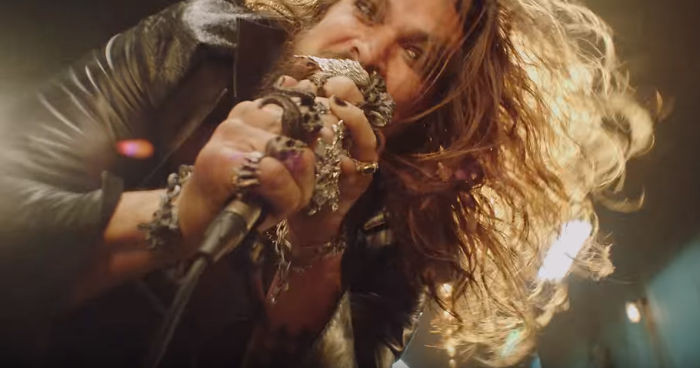 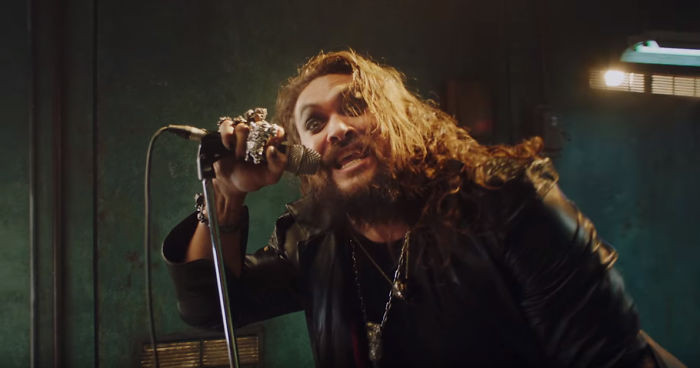 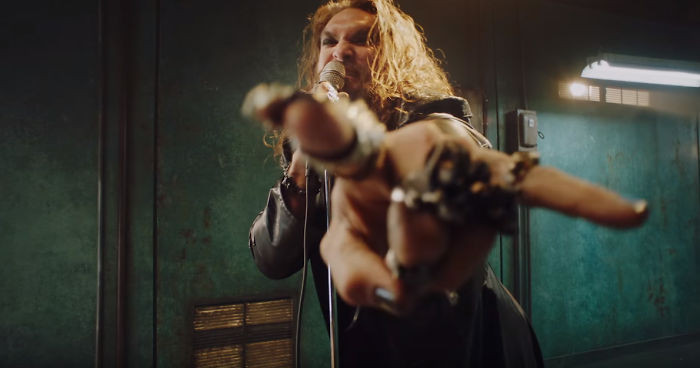 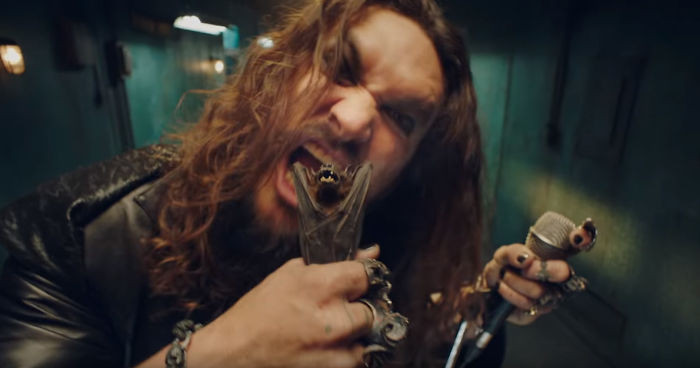 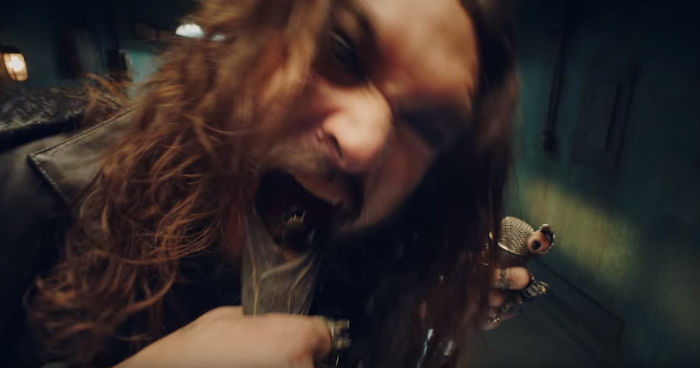 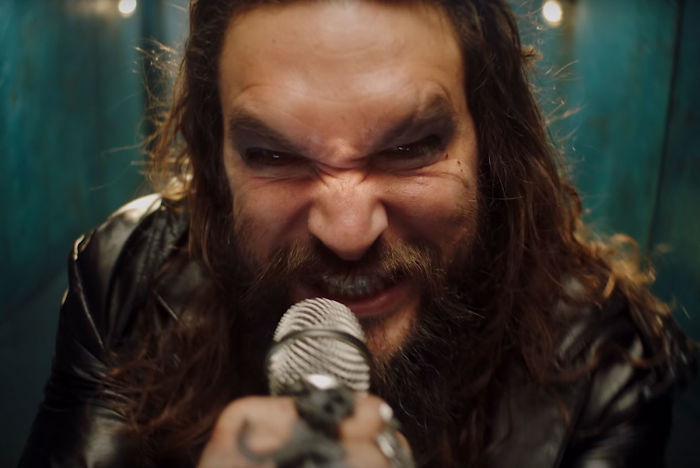 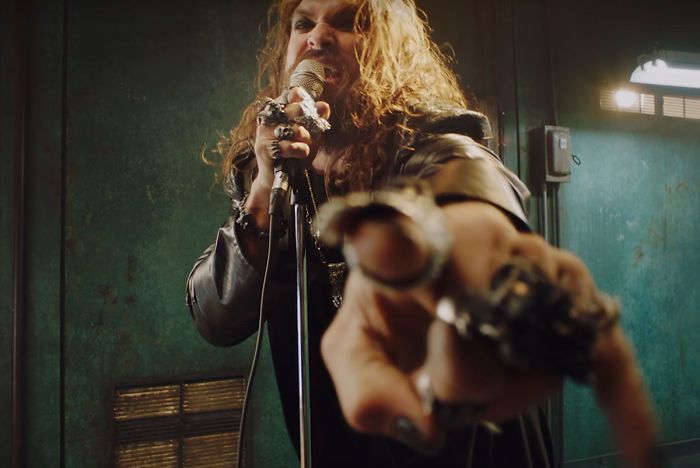 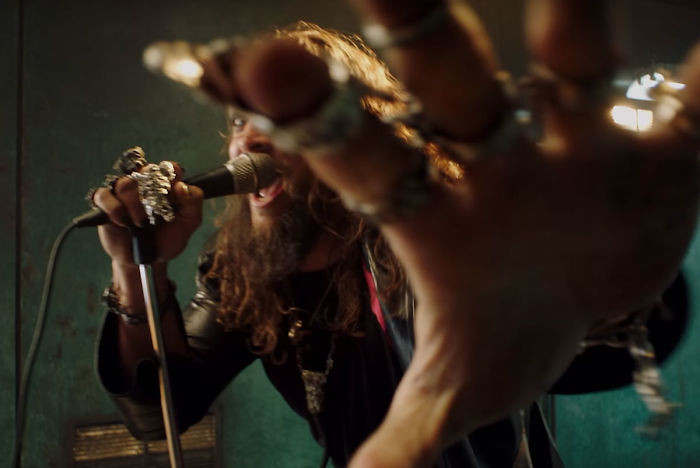 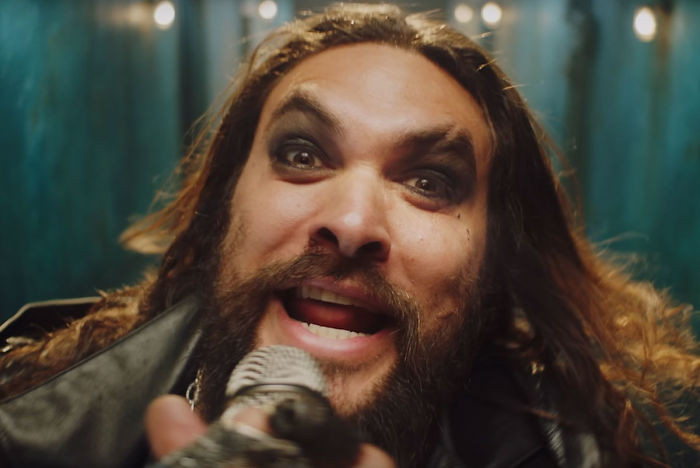 Ozzy is diagnosed with Parkinson’s disease and he had to cancel his concert tour.

Osbourne’s newest album was released on the February 21. 2020. However, it’s release is somewhat tainted by the fact that Ozzy rescinded from his 2020 North American concert tour. He is currently battling health issues, including Parkinson’s disease and is looking for treatment in Europe.

Claire Bale, Head of Research and Engagement at the Parkinson’s charity says:

“Everyone’s Parkinson’s is unique, so different combinations of medication, exercise and therapies will suit different people. Medication can be incredibly effective in helping people manage their symptoms, but current treatments cannot slow, stop or reverse Parkinson’s and also come with serious side effects. That’s why Parkinson’s UK is striving to find new and better treatments for the 145,000 people living with the condition in the UK.”

“We’re currently funding more than 40 research projects into Parkinson’s. Every project works towards delivering better treatments and one day a cure. For example, recent research has shown that 2.5 hours of vigorous exercise each week can be as effective at controlling symptoms as medication.”

“The last big breakthrough in the treatment of Parkinson’s came through Deep Brain Stimulation (DBS). The process involves electrodes placed into the brain that, when switched on, can help with some of the movement symptoms of Parkinson’s. Our research has helped demonstrate the life-changing benefits this surgical therapy can have and now approximately 300 people with Parkinson’s have DBS in the UK every year.”

“However, DBS is not a cure and it isn’t suitable for everyone. That’s why we’re driving forward pioneering research to develop new and better treatments. We were the majority funder of the recent groundbreaking clinical trial of GDNF: an experimental drug that was delivered directly to the brain via a revolutionary delivery system designed specifically for the task. And we’re funding a new study exploring the potential of cannabidiol, a chemical derived from cannabis, for treating the terrifying hallucinations that many with Parkinson’s experience at some point with the condition.”

Looking for a cure for Parkinson’s

The charity’s final goal is to find a treatment for the illness. Bale said that they “won’t stop” until they achieve this.

“A cure would mean that people could live entirely free from the condition. But because Parkinson’s varies so much from person to person, there may not be a single ‘cure.’ Instead, we may need a range of different therapies that can be used in combination to meet the needs of the individual and their specific form of the condition. In the past 50 years, we’ve made vital discoveries that have revolutionized our understanding of Parkinson’s and the brain. Armed with this hard-won knowledge, we now believe the science is ready for us to develop the new treatments and cure that people with Parkinson’s so desperately need.”

She concluded: “Parkinson’s is what happens when the brain cells that make dopamine start to die. It can affect anyone at any age. There are over 40 symptoms, from tremors and pain to anxiety. It gets worse over time and there’s no cure yet.”