People Troll Their Dads By Texting Them They Put Olive In Their Car, And The Replies Are Hilarious

Dads are known not only in taking good care of the family but also of their vehicles. In fact, some dads love their vehicles too much more than anybody else.

And most definitely, dads know how to repair things... a lot of things. Sink pipe leaking? Call dad. Drawer jammed? Call dad. Olive oil in car engine? Yep, that's right. You've got to call dad (or husband for that matter).

The Twitter account @TheDad asked their followers to play a little dad joke. And the goal was not only to troll dads but to hit them where it really hurts: routine vehicle maintenance.

People were quick to go along with the prank. They received thousands of responses -- most of which are screenshots from people who actually texted their dad and husband telling them they put olive oil in their car. And boy, the replies are hilarious!

Have you tried this yet? This prank has taken the internet by storm!

Text your dad this pic and “I put oil in my car and now it’s makin weird sounds?” Post replies. pic.twitter.com/GpmNz4zVCi 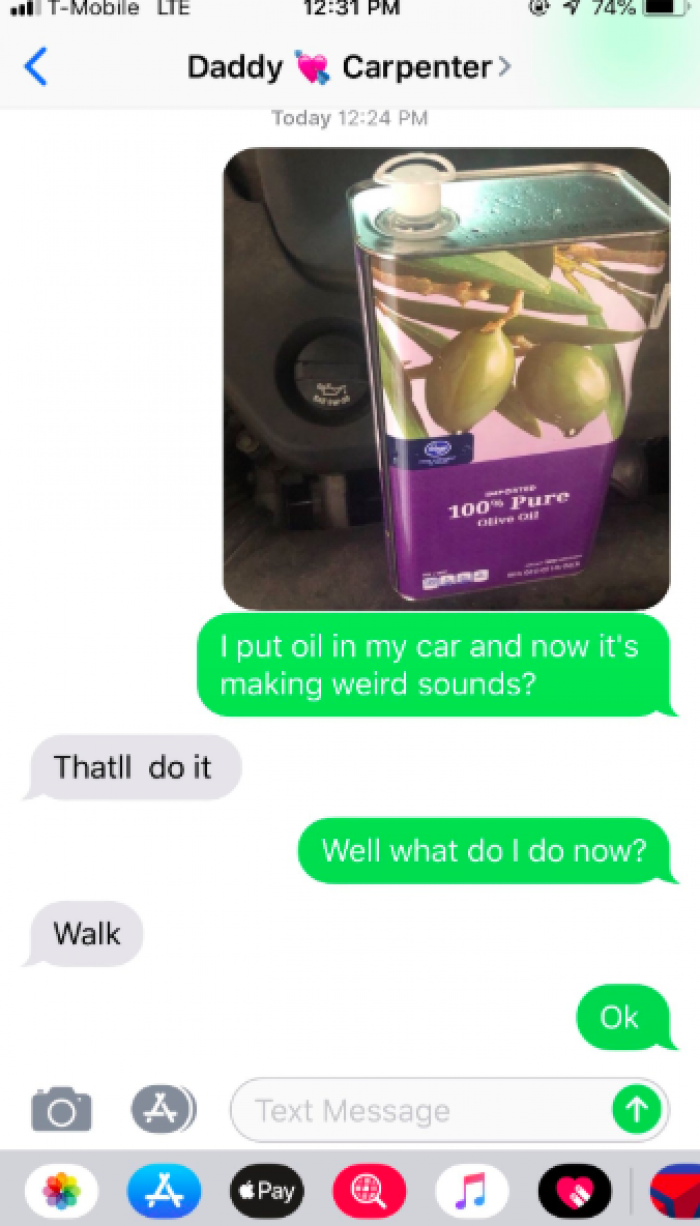 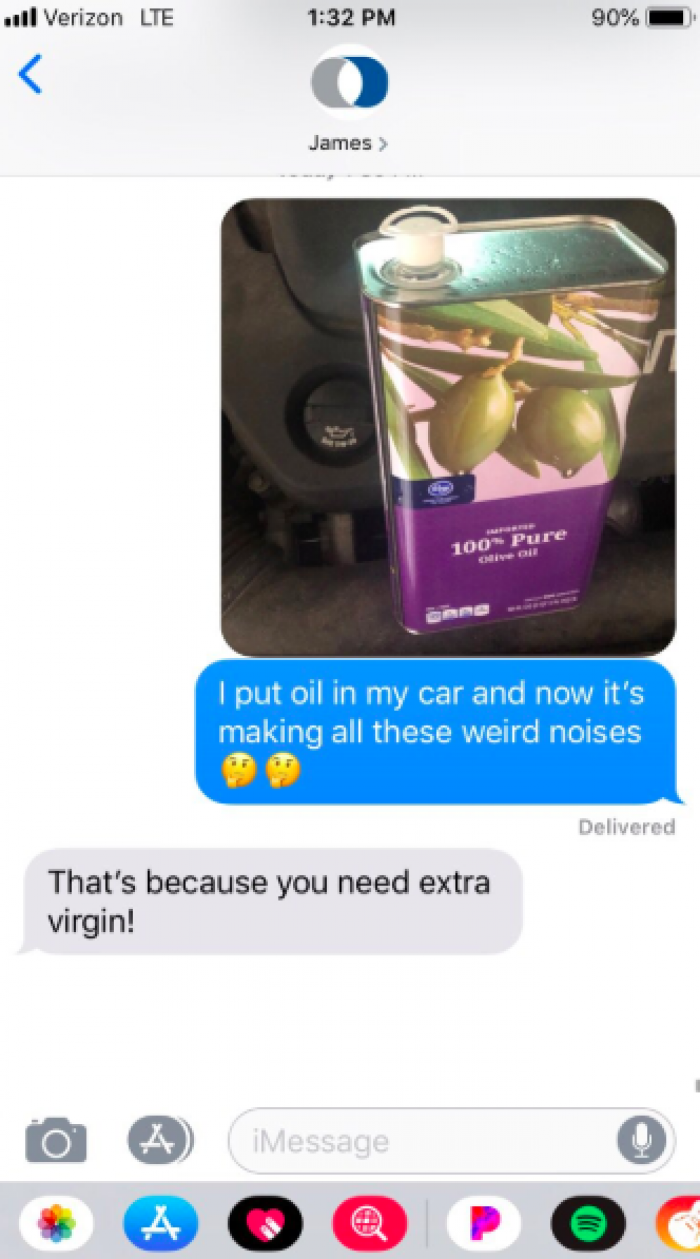 11. The most classic response so far 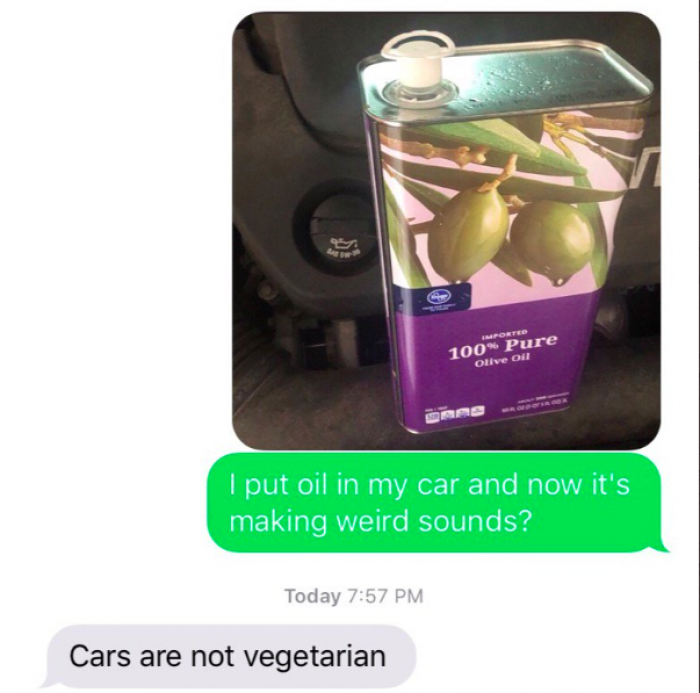 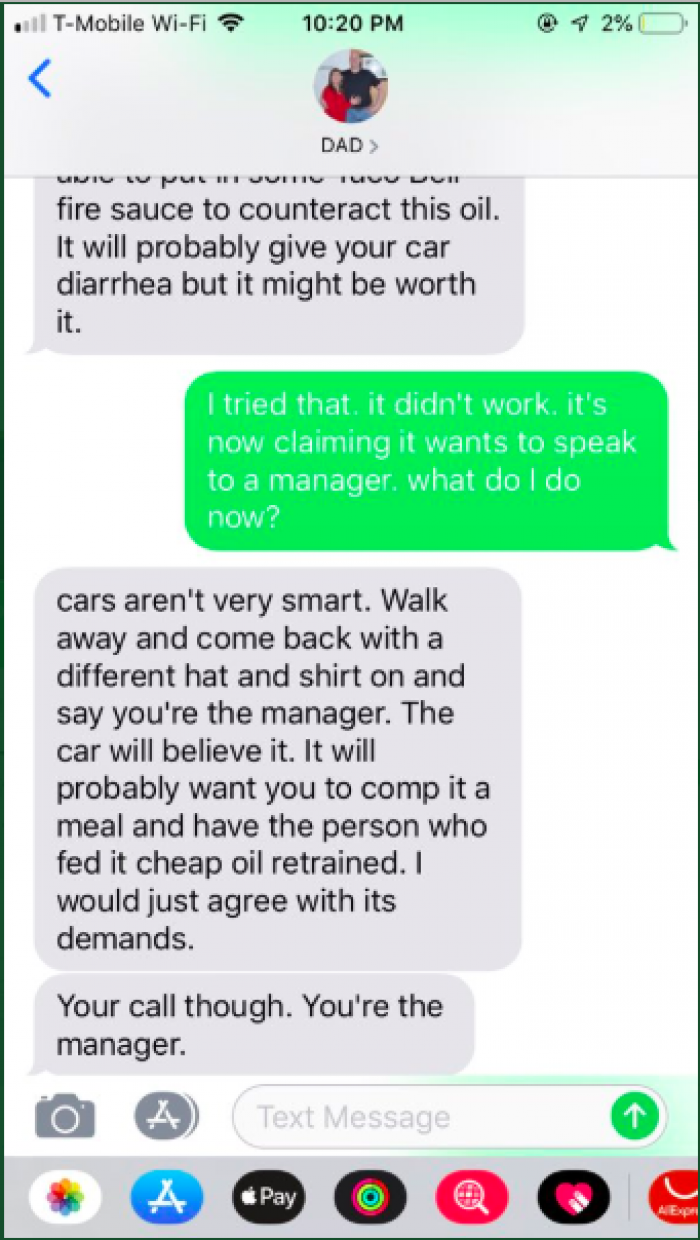 9. The dad that sent a selfie as a reply

8. Dad being so chill he's got a classic dad joke for it 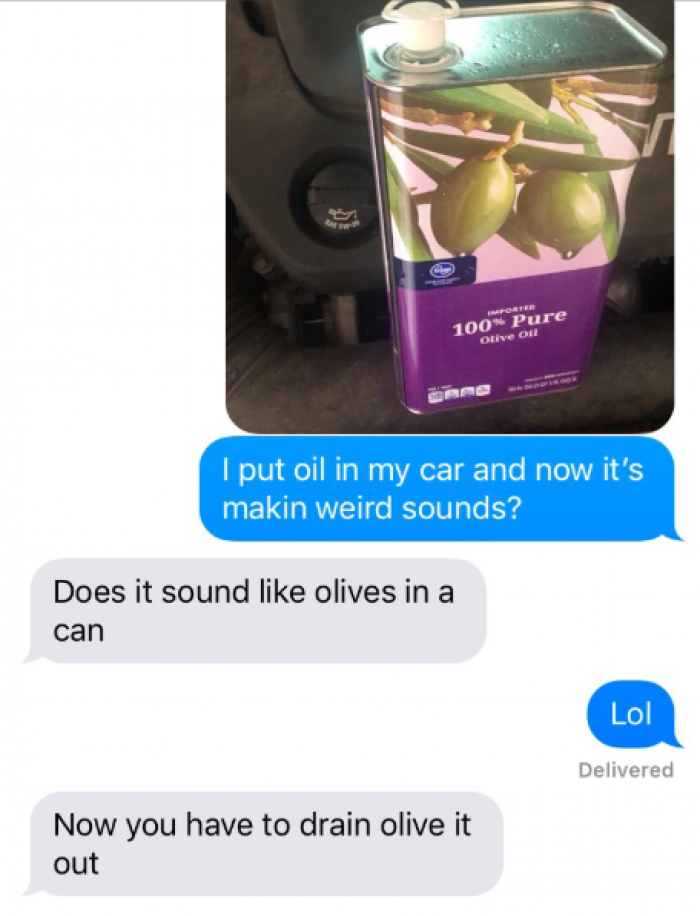 7. That's the best thing to do 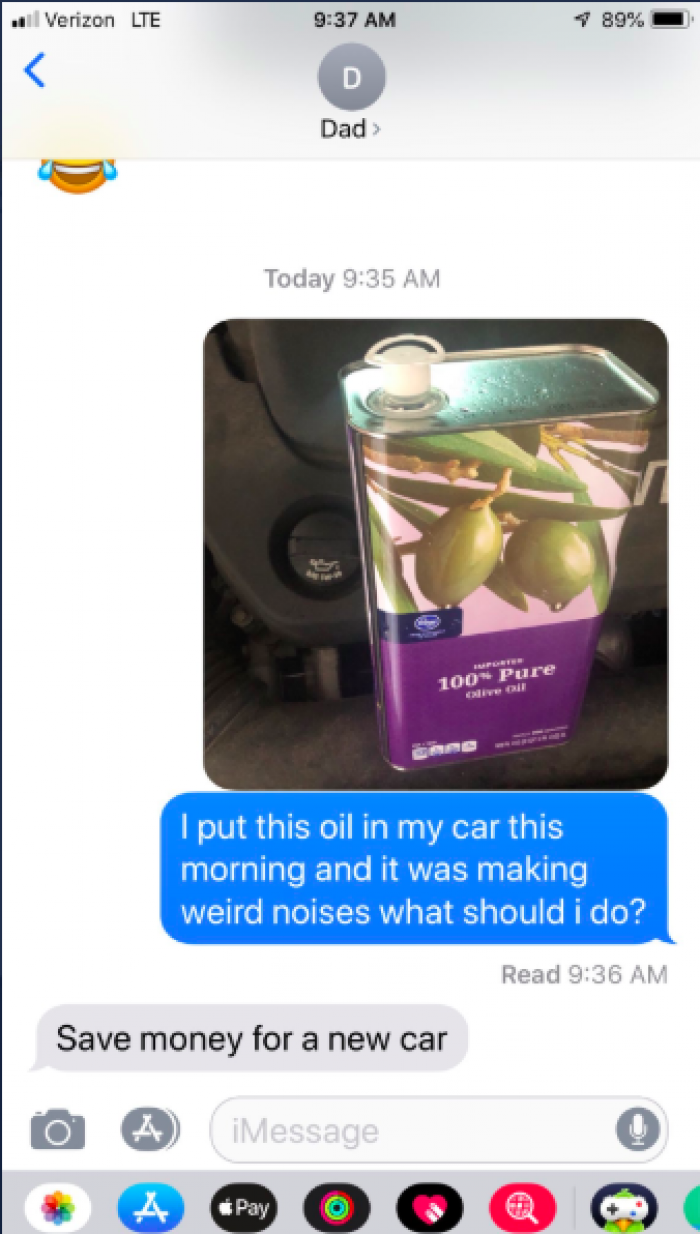 6. The dad who passed the dad test 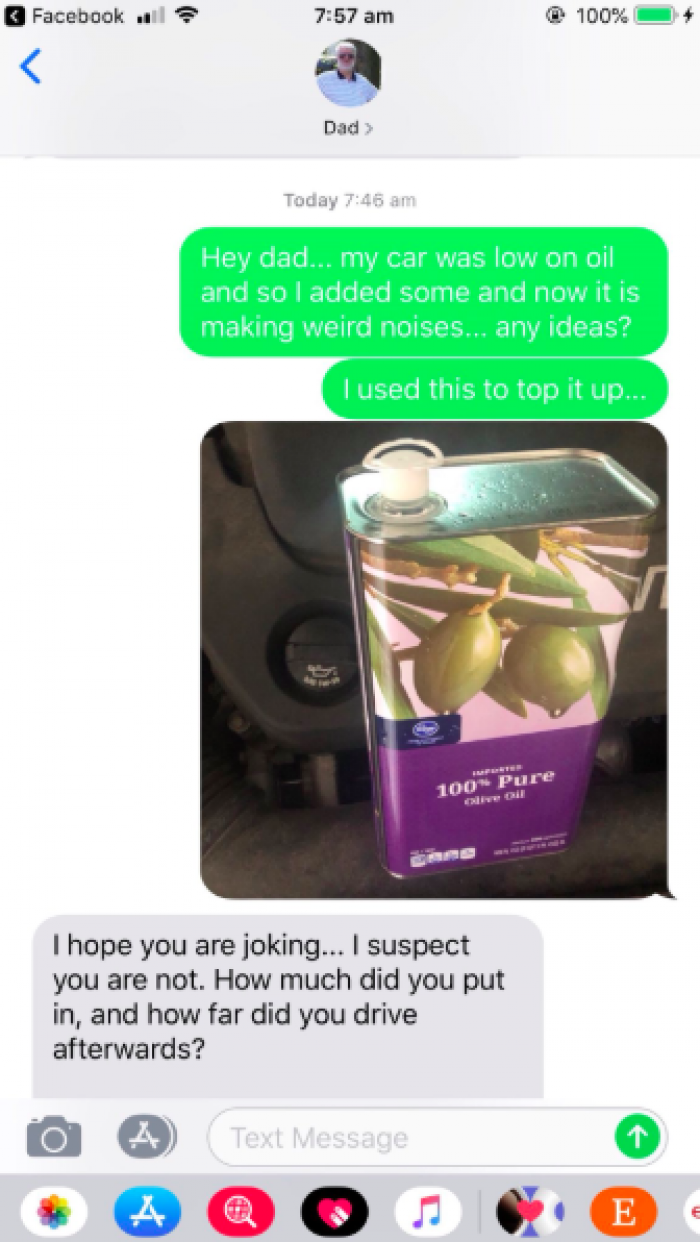 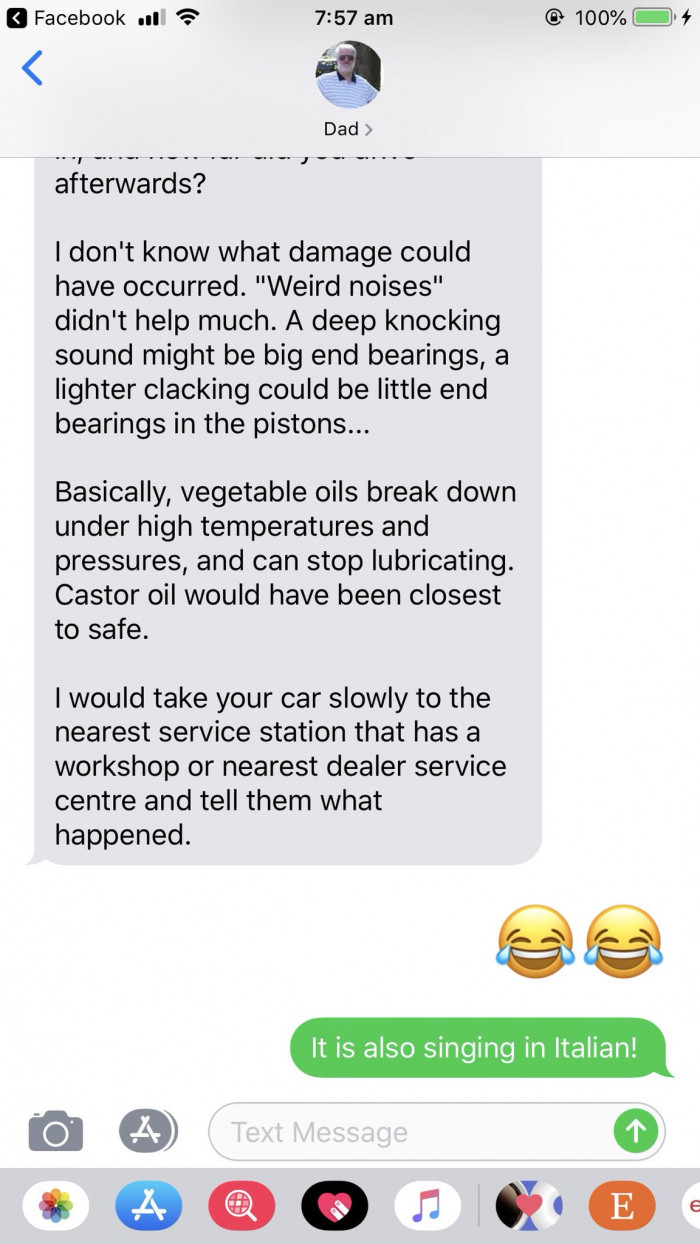 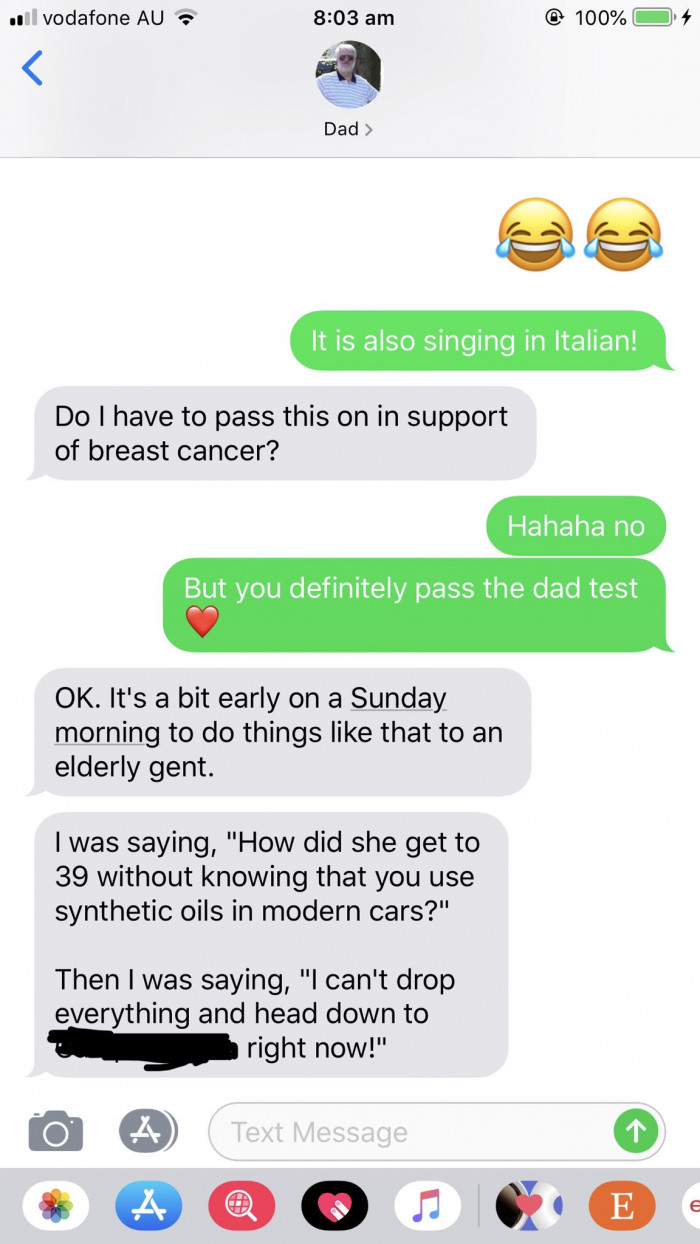 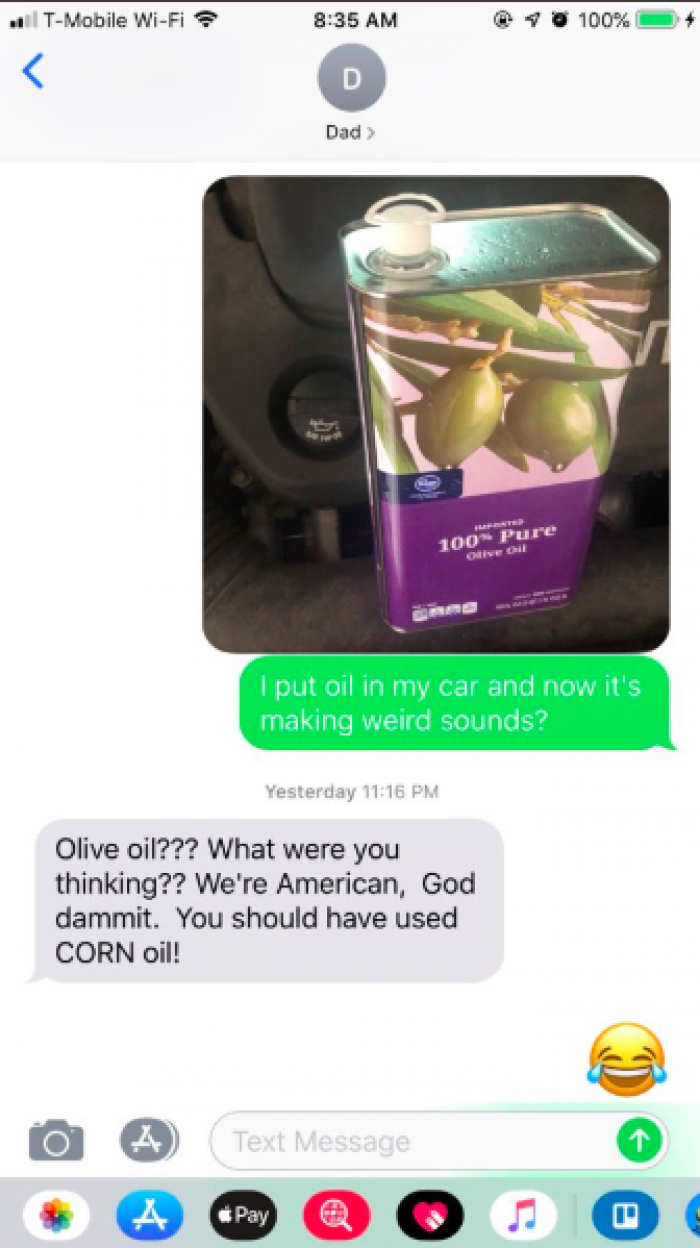 4. Best for you to check into a mental hospital 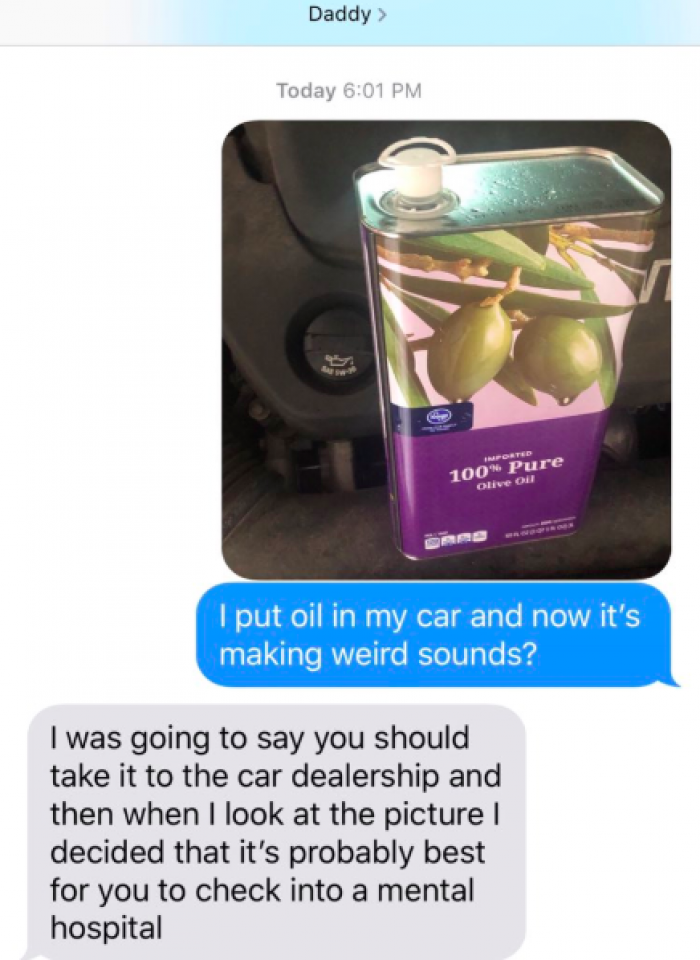 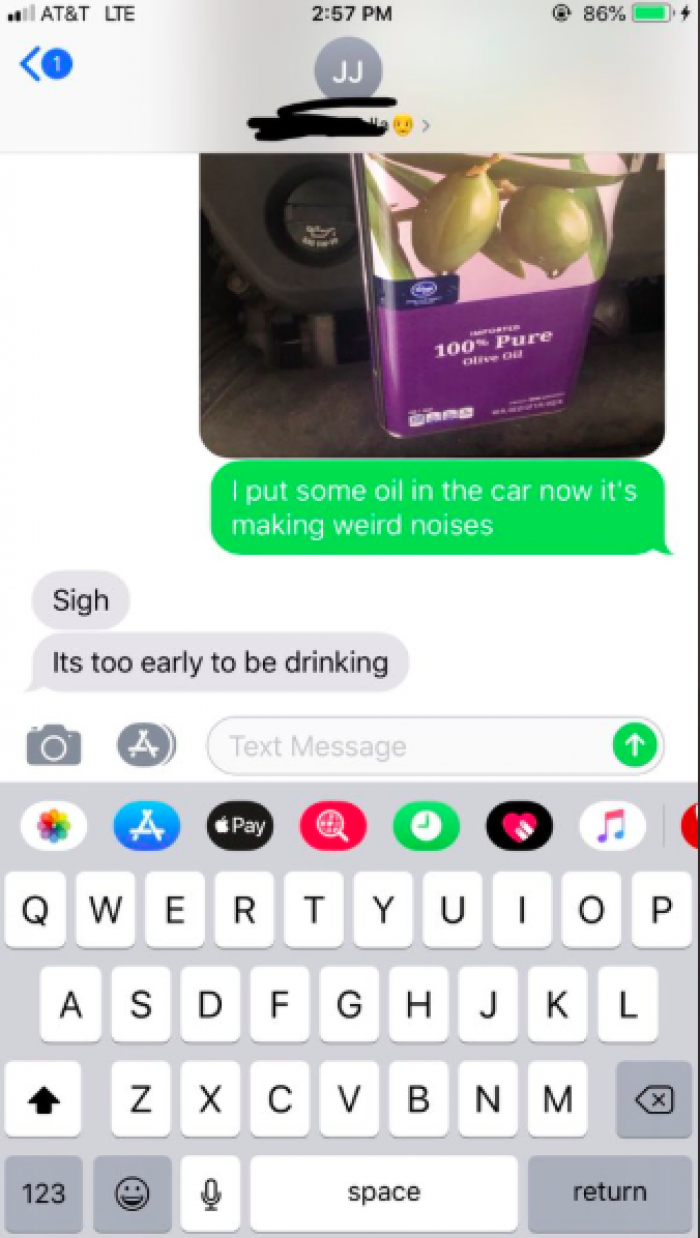 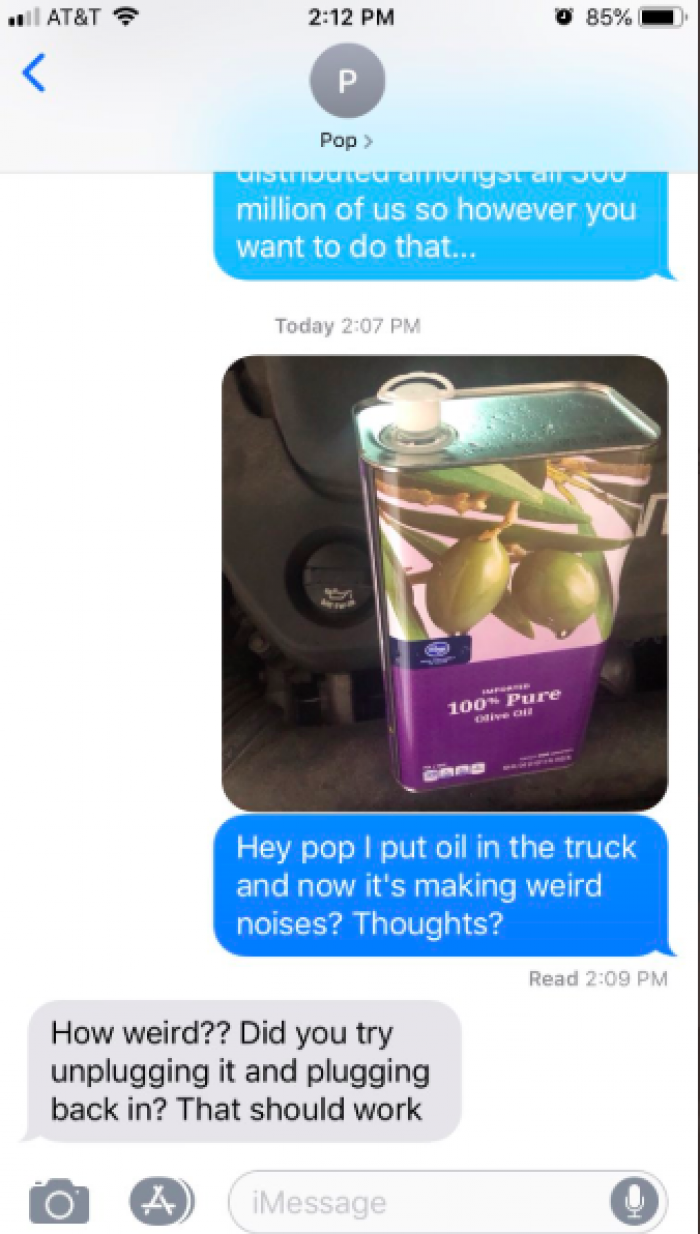 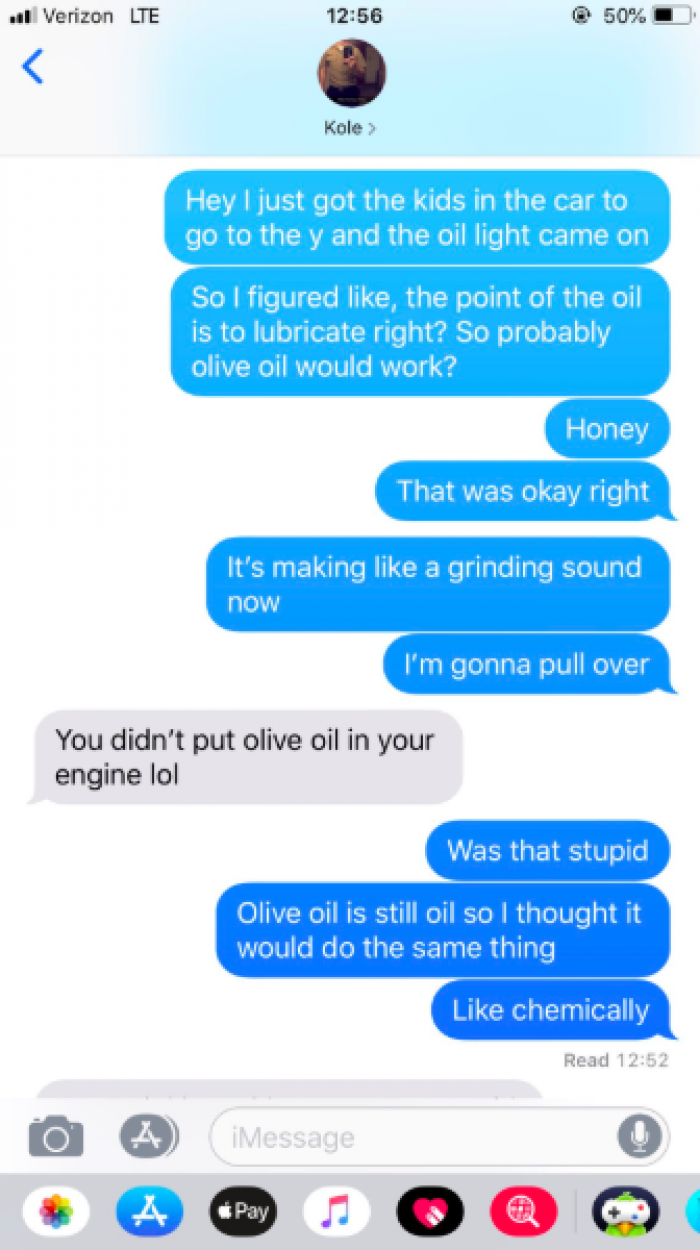 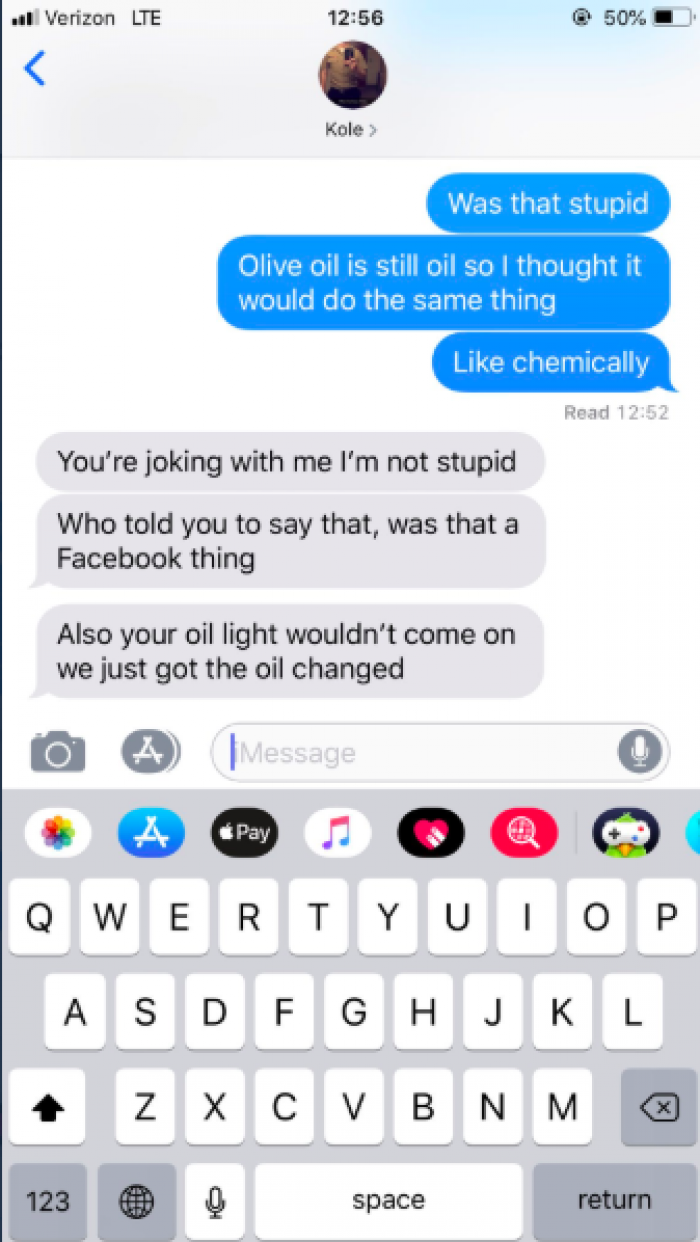