Raising children is no easy feat by any stretch of the imagination. But, raising teenagers, well, that's a whole other deal entirely!

There are the eye rolls, the sighs, the talking back, the rebelling, the raging hormones of puberty. You know, all the fun stuff we all went through as teens ourselves!

But, the thing is, teenagers are still kids. And they still need all the guidance and love in the world; they're just not necessarily as receptive to it as they once were.

Adolescence can be a challenging time for all involved. And experts say that parents must find the right balance between letting go and allowing a teen the independence they crave and still being in control as the adults of the household.

The point is, parent-teenager relationships can be tricky. And, if you're struggling, rest assured there are plenty of other parents out there in the same boat.

In fact, Twitter is full of frustrated and exhausted parents! So much so that we have an entire list of tweets from frazzled parents of teenagers below.

From parents venting about the state of their teens' bedrooms to listing ways to "piss off your teen" to some good old-fashioned teenage insults, we've got them all here! 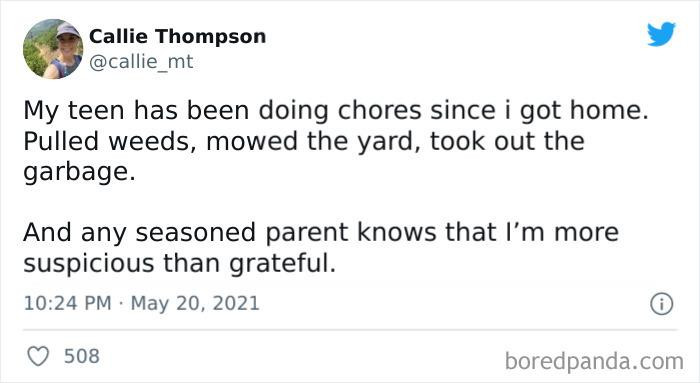 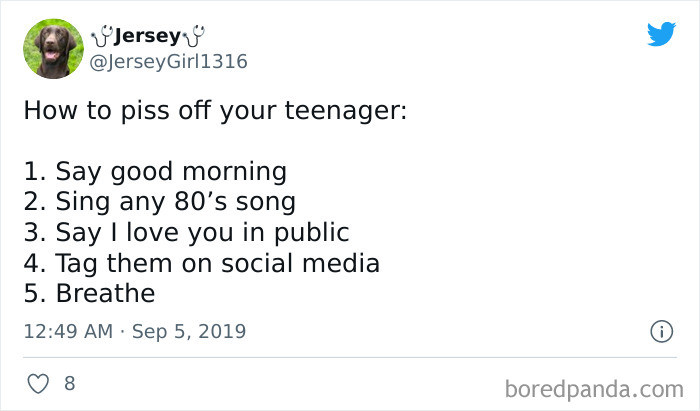 5. "As long as the lines are there, it looks vacuumed." 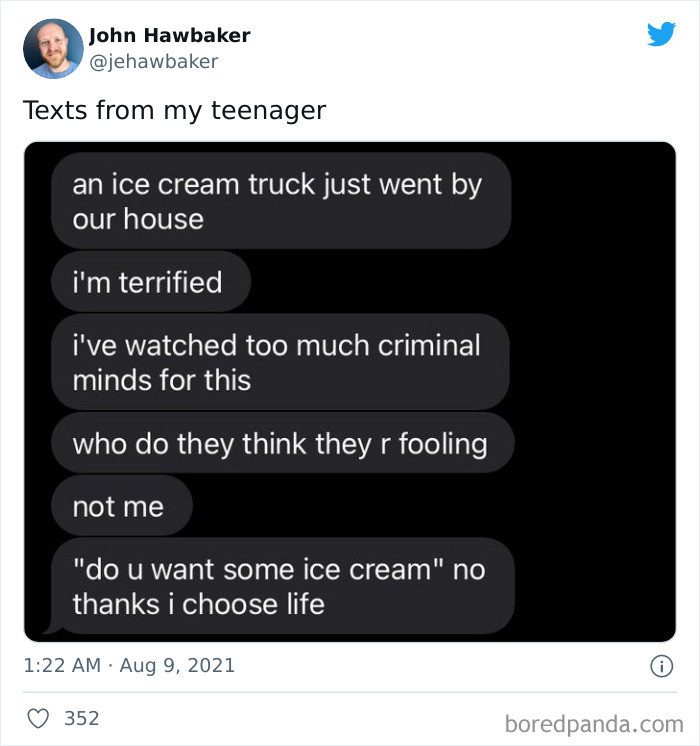 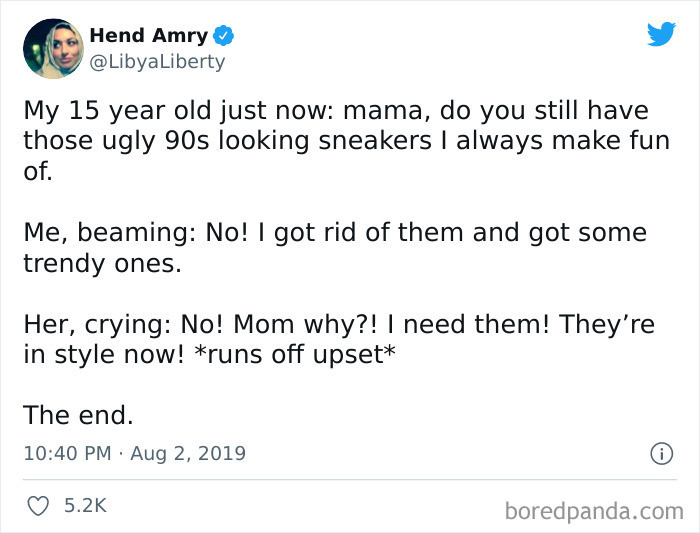 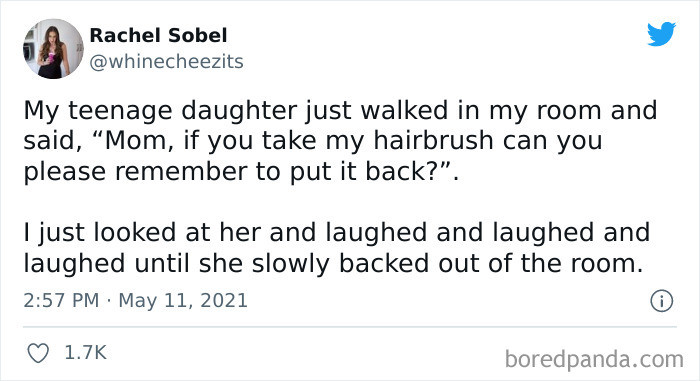 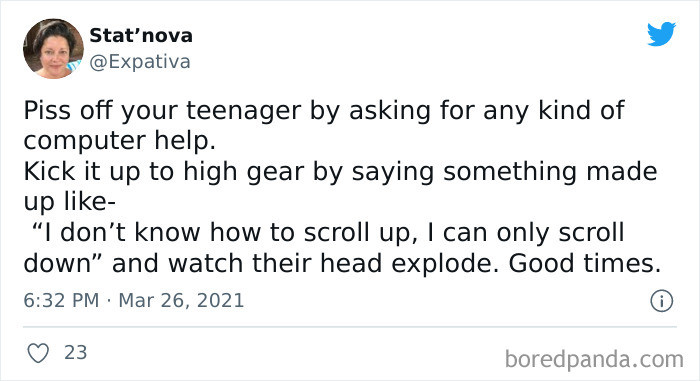 "Parents of teens have to accept it's normal for children to pull away from them during the teen years so they can carve out their own identity and embrace growing up," said parenting expert and bestselling author Vicki Broadbent. "Teenhood is about playing being an adult."

"Parents are still needed, of course, more so than ever, to provide education, love, support, and boundaries for their kids," Vicki said. It's important to stay as involved as possible in your teenager's life.

It is also a good idea not to be too hard on your teen. After all, "rules were made to be broken," and in doing so, your teen will learn crucial life lessons. 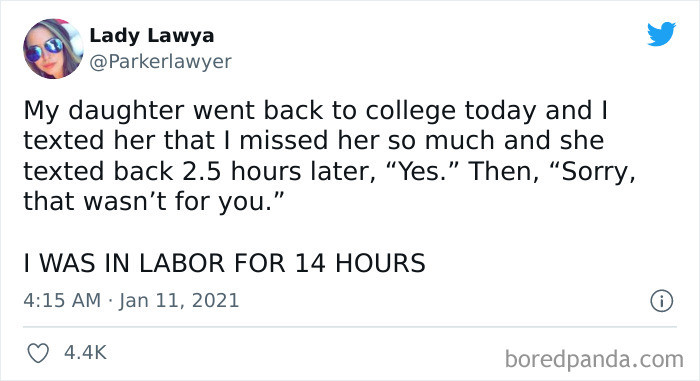 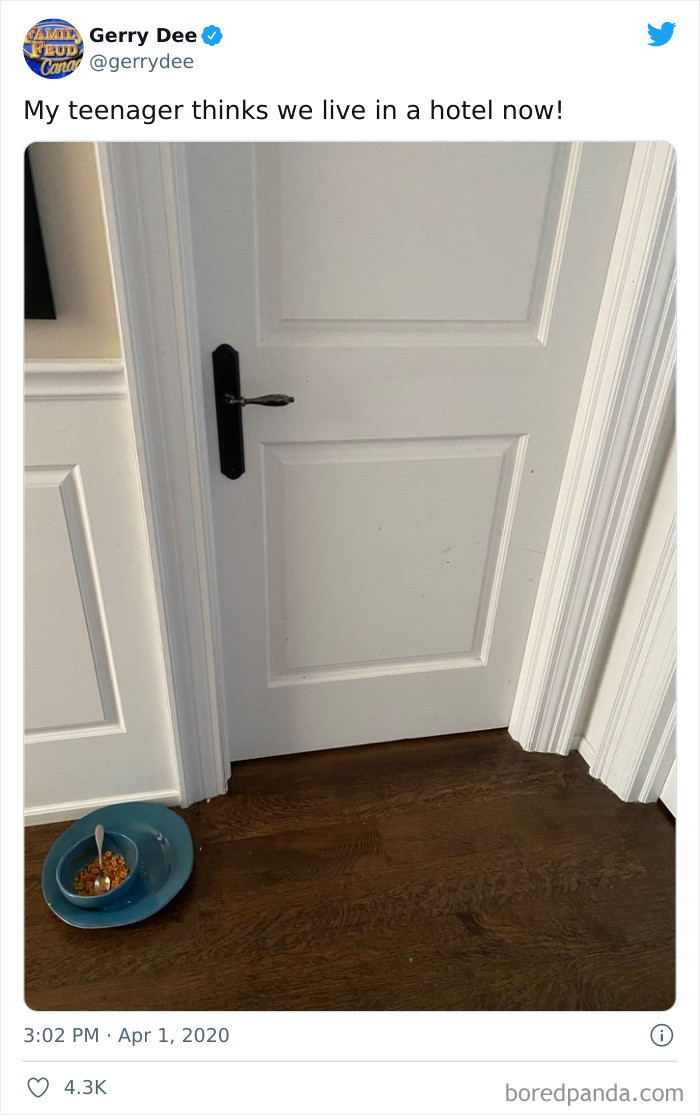 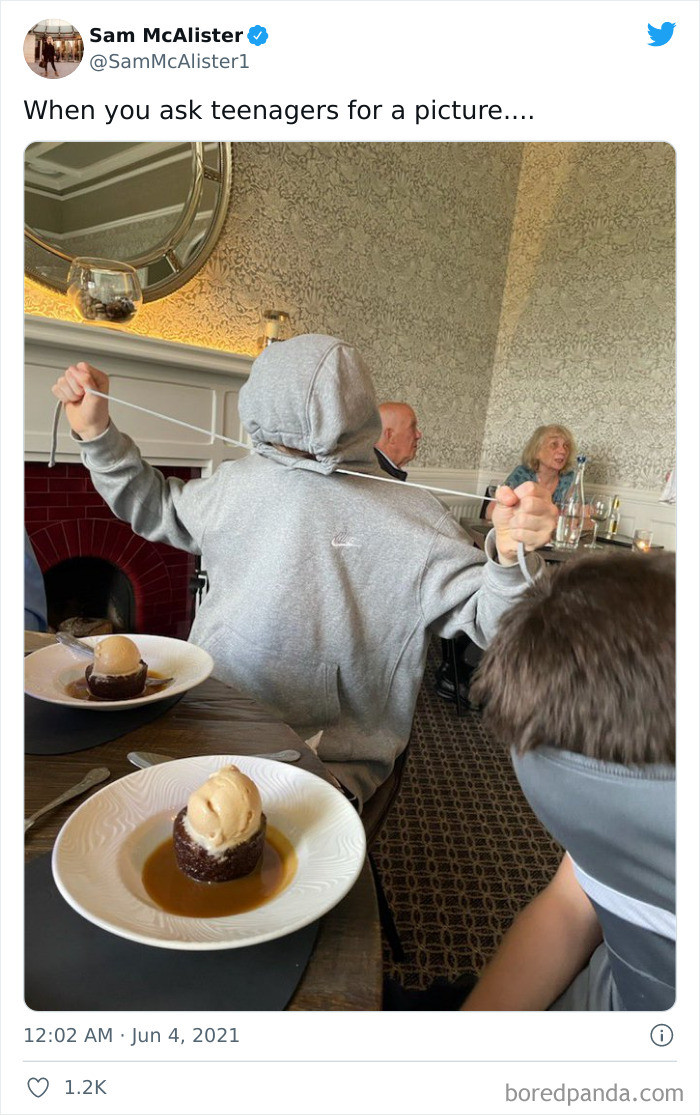 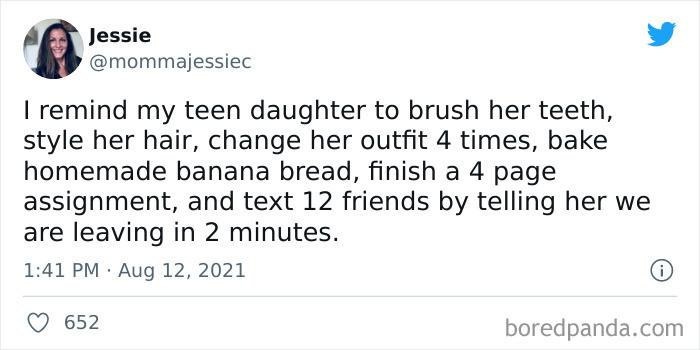 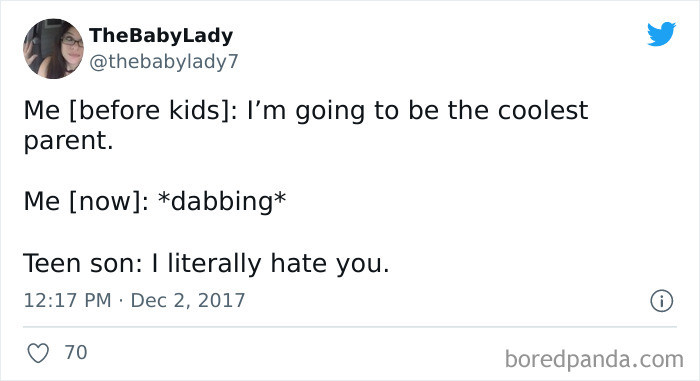 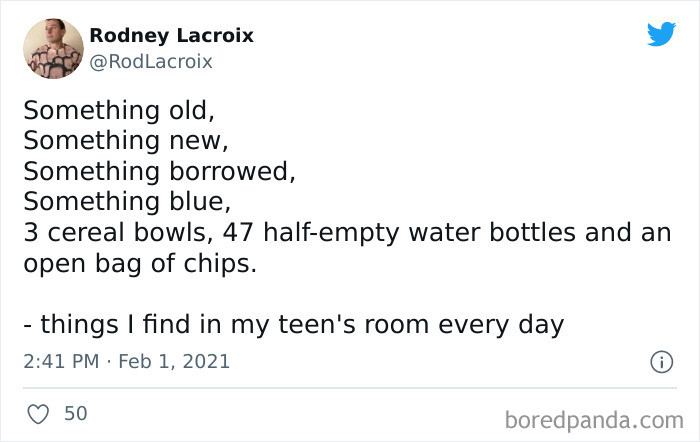 Vicki says it's a good idea to encourage teens to voice their opinion and allow them to be involved in important decision-making. "Try to involve them in decisions which affect them and try to break the cycle of constant bickering," Vicki said.

"Spend some one-on-one time with them but let them lead you, asking what they want to do, see, buy, etc. Get to know their ever-evolving personalities," she added.

Adolescence is a time for kids to learn how to function as adults. "You taught your kid to ride a bike; now teach them life skills so they can be adults without you at some point," Vicki said.

28. A lesson in consideration.

30. The frustration is real. 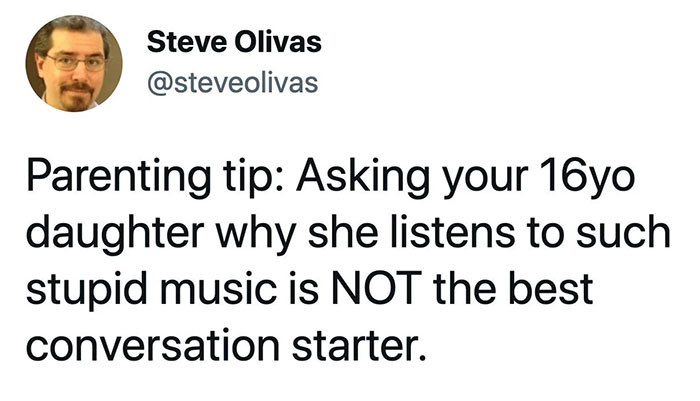 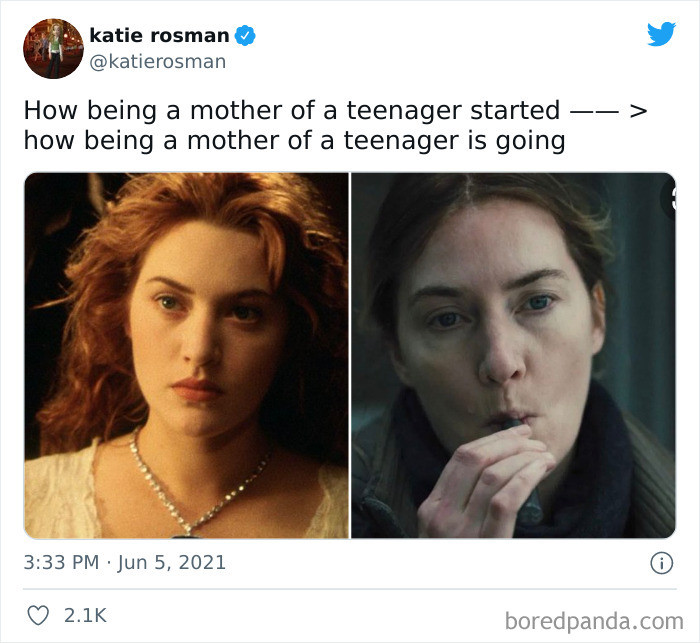 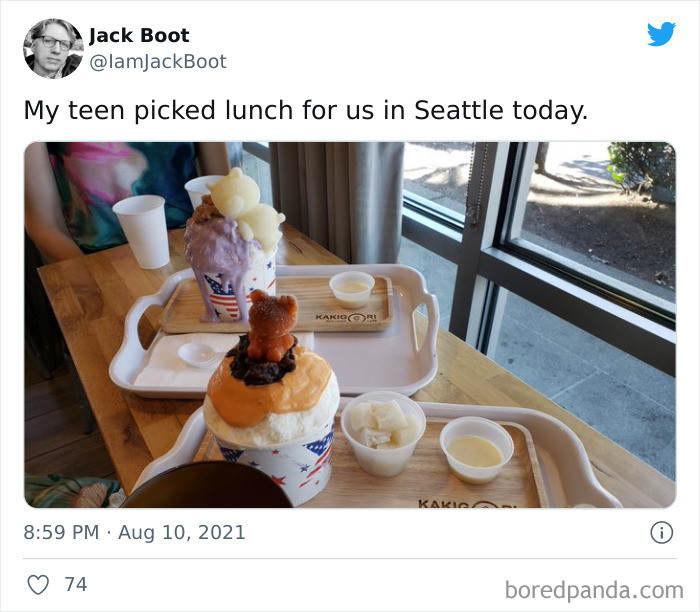 Most importantly, it's essential to find the right balance between giving your teenager some freedom while still providing guidance and discipline when necessary. Teens need to learn that there are consequences to their actions; however, they need to have the opportunity to make their own decisions.

Discipline needs to be dealt with love and understanding. It's about teaching a valuable lesson, not punishing or controlling your teen.

Being a teen isn't easy. We've all been there and lived to tell the tales of all the torture we put our poor parents through.

It's an exciting part of life, and it shouldn't be dreaded or miserable - for teens or parents. Enjoy them while you can; they'll be adults before you know it!