It's not a major shock that when your parents were your age, they likely weren't doing what you're doing. In fact, there's a pretty good chance if you're over the age of about 25, that they were married and that you were already born.

If your mother (of father) ever told you, 'at your age I was married/a parent/working 3 jobs..." then this is for you! It's a viral thread of people posting side-by-side photos of their parents and them at the same age.

It won't come as a surprise to you that for most people, it involves a wedding photo of their parents, and a photo of them at the same age, funnelling some kind of unknown alcoholic concoction from a bucket in a frat-house... and that's perfectly fine... it's just kinda funny.

Check out the hilarious side-by-sides below! 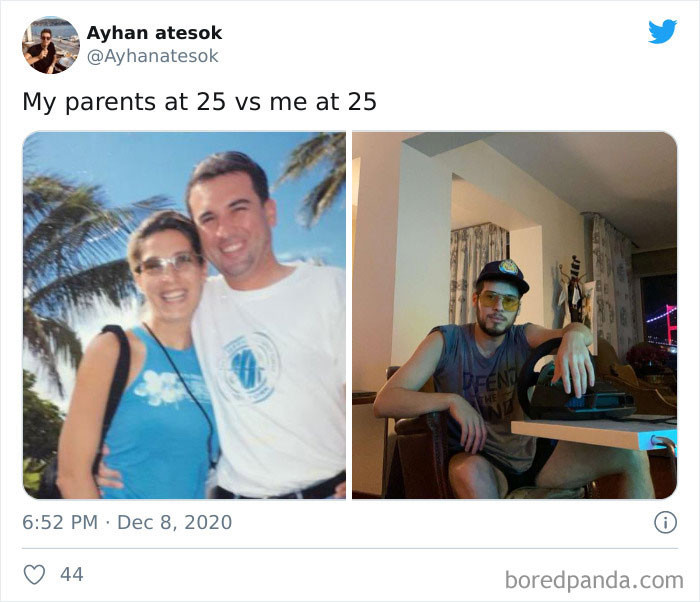 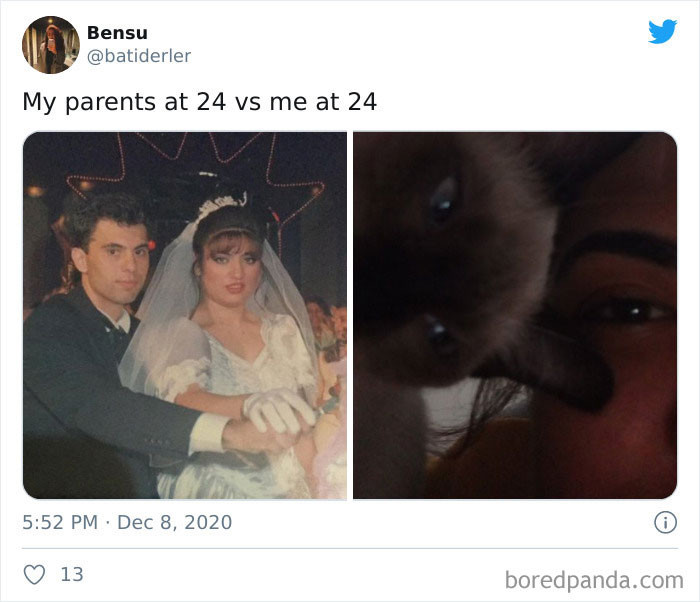 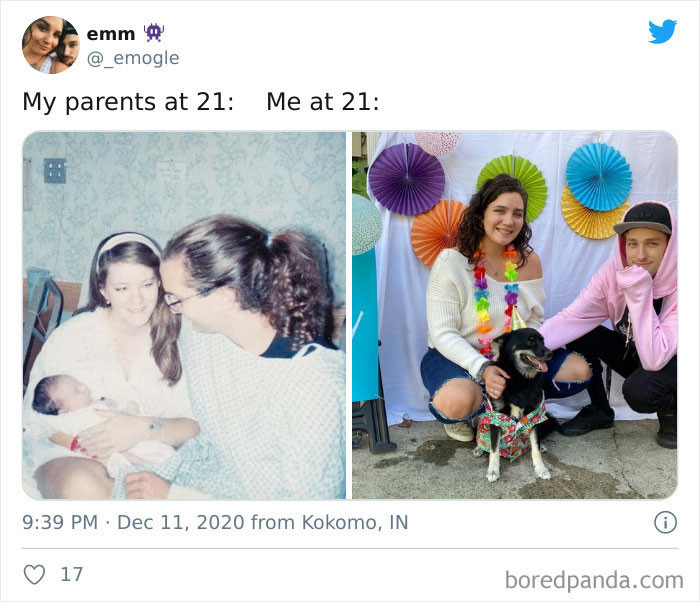 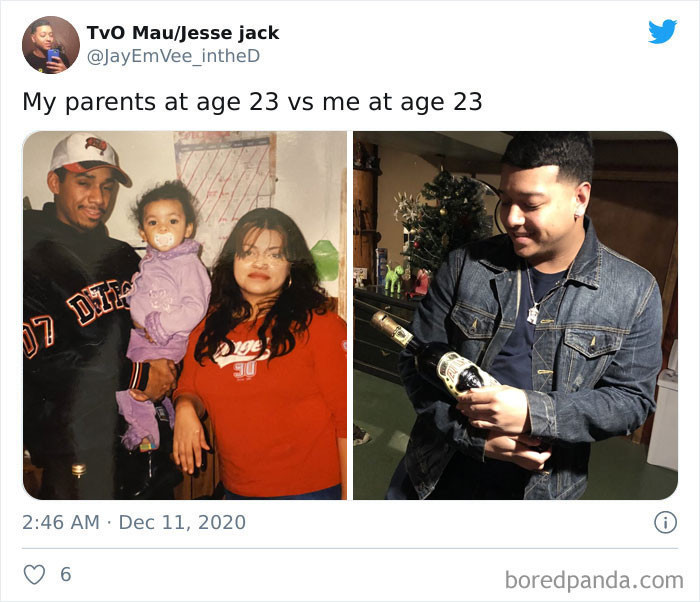 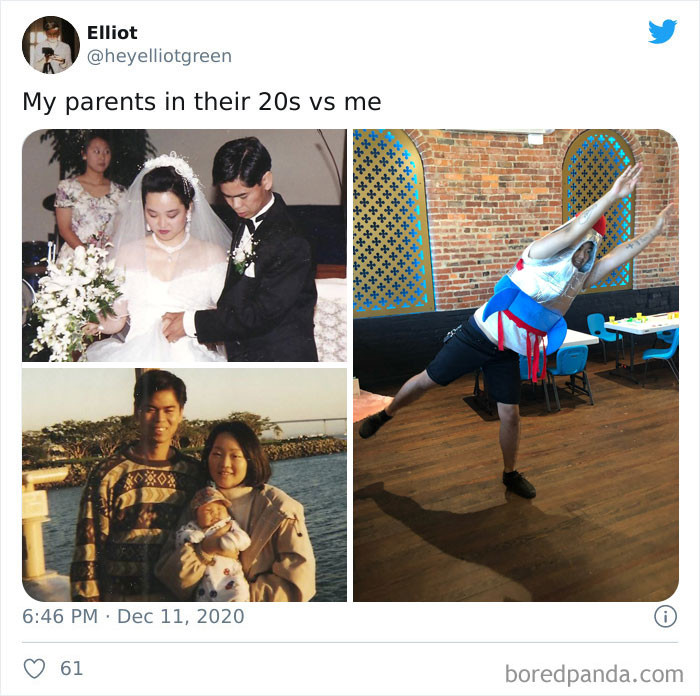 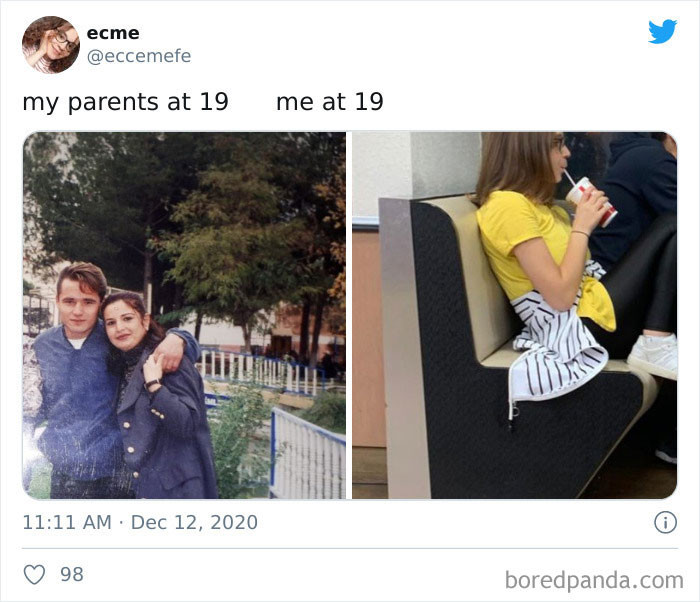 7. Thanks for the clarification lol 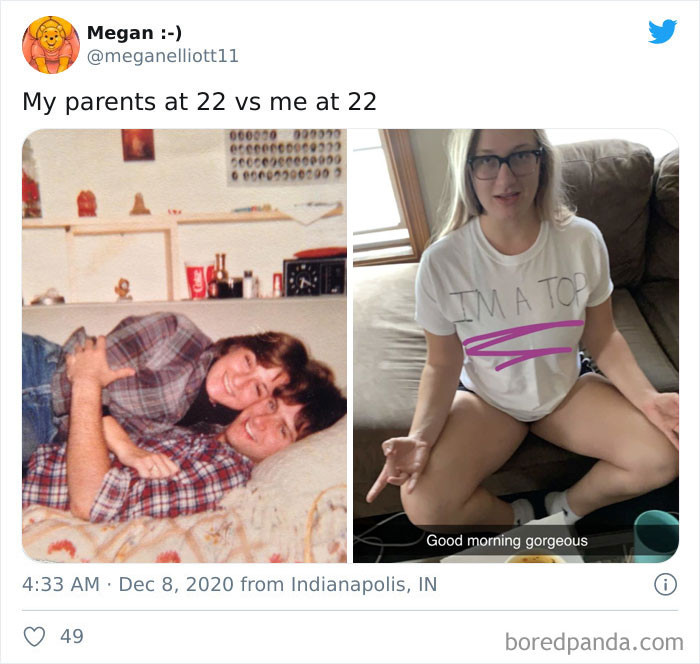 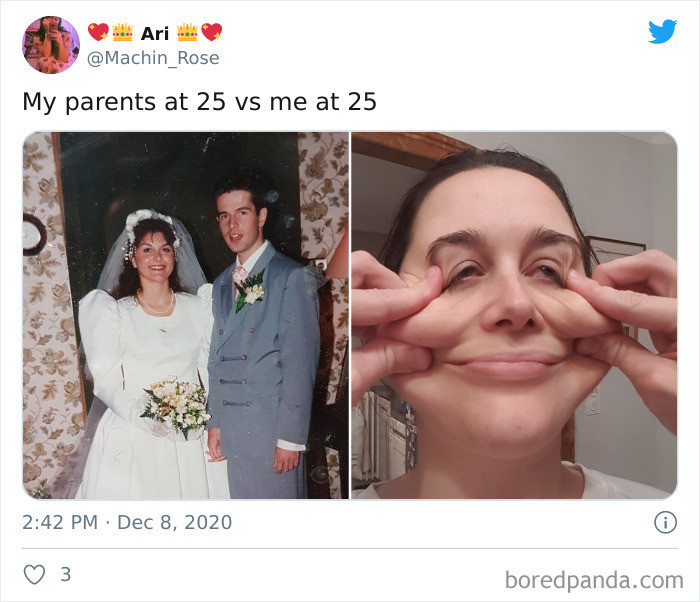 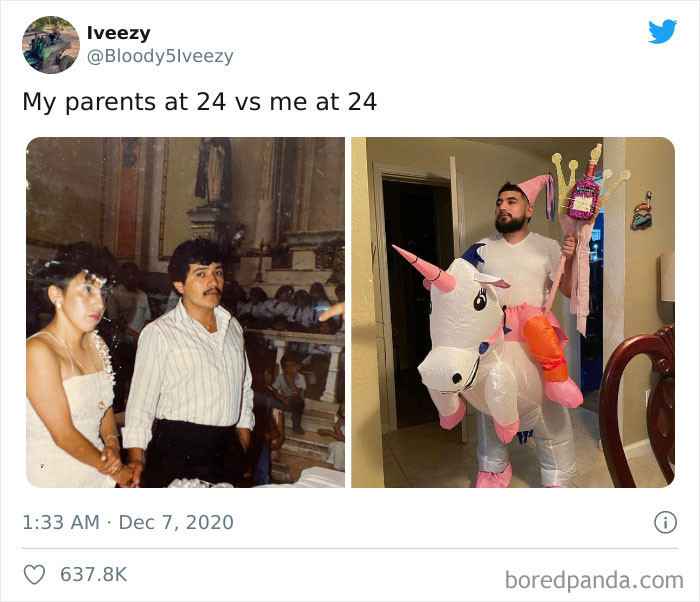 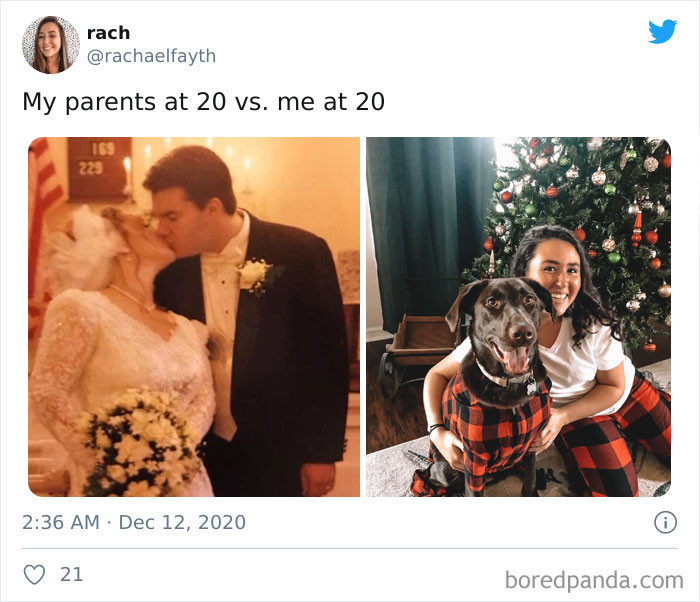 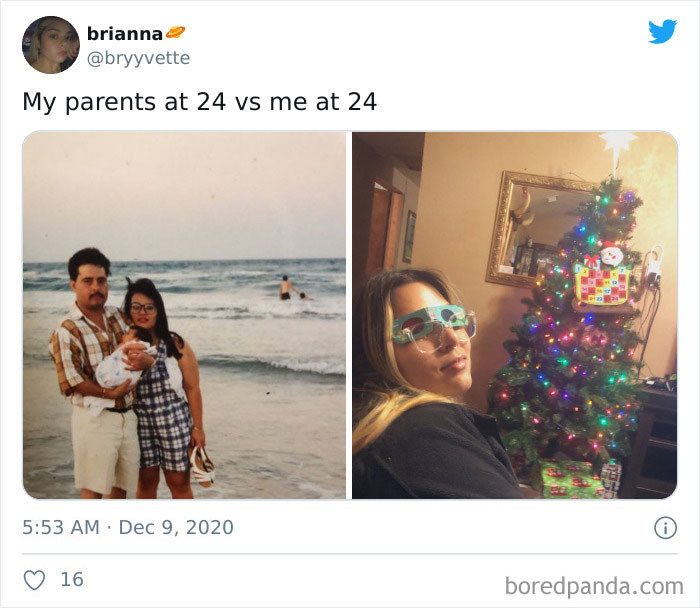 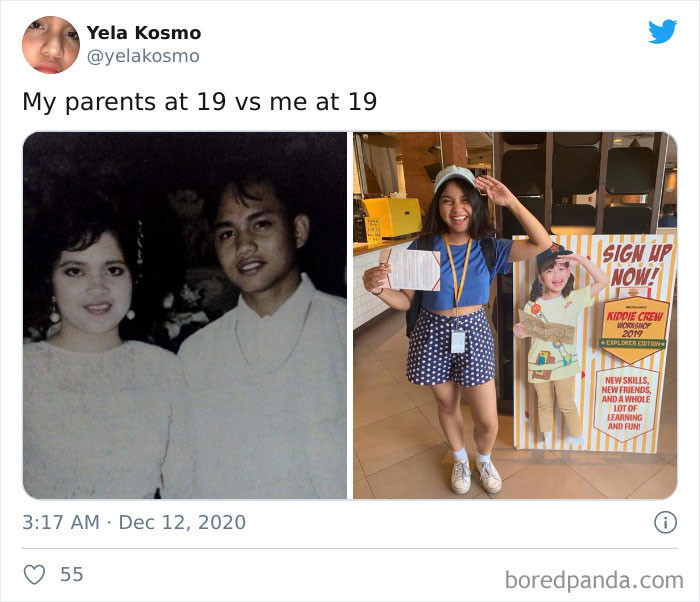 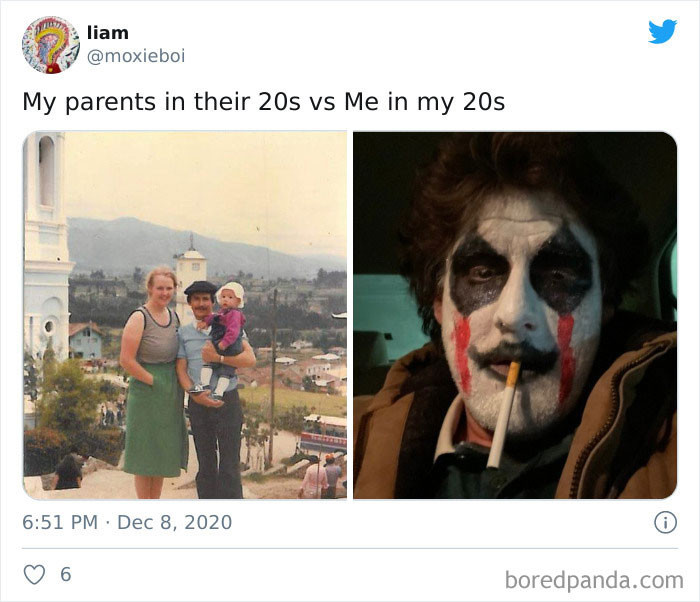 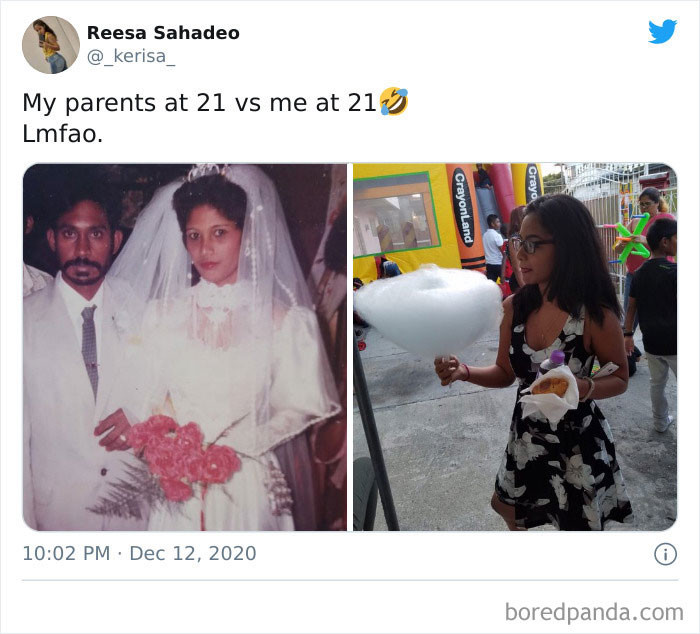 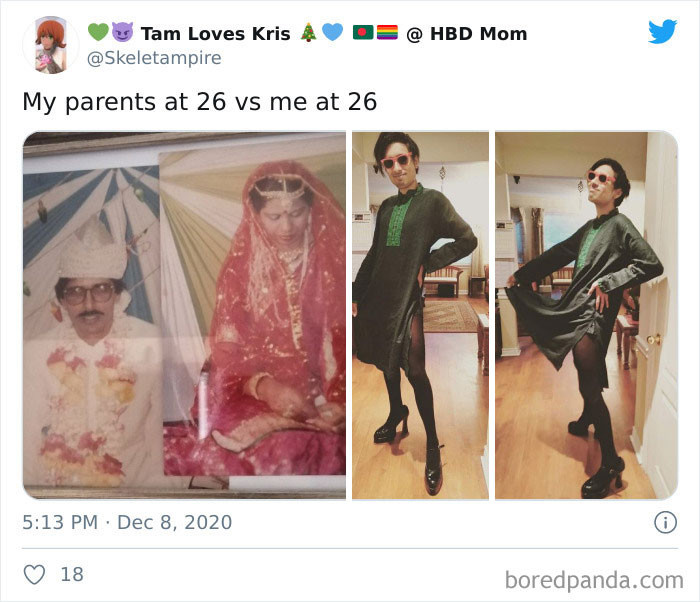 16. It's all about perspective 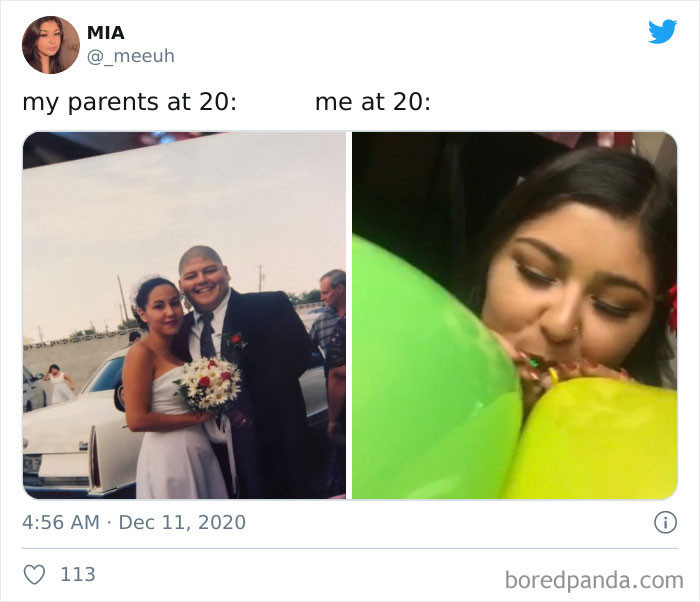 17. Well, you both had something to celebrate... 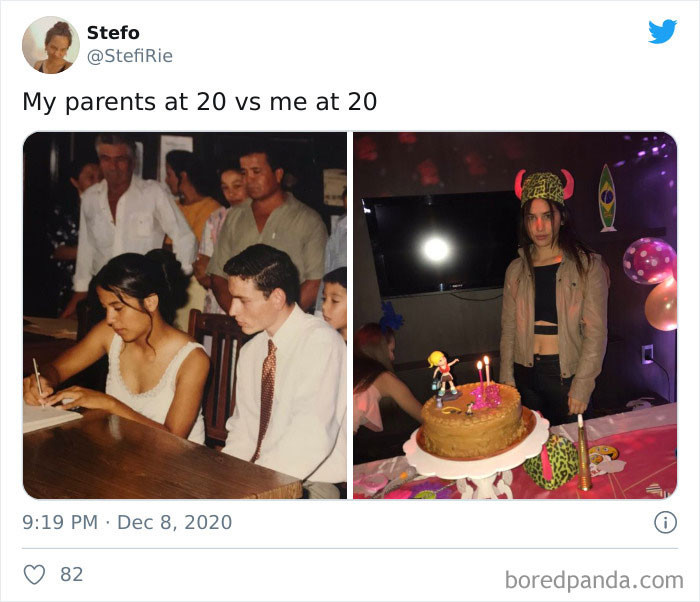 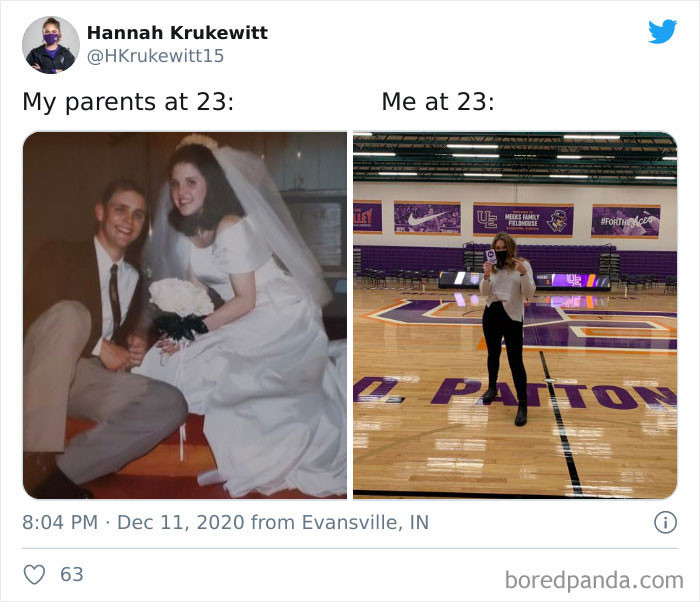 19. Looking after your skin is still important, my dude. 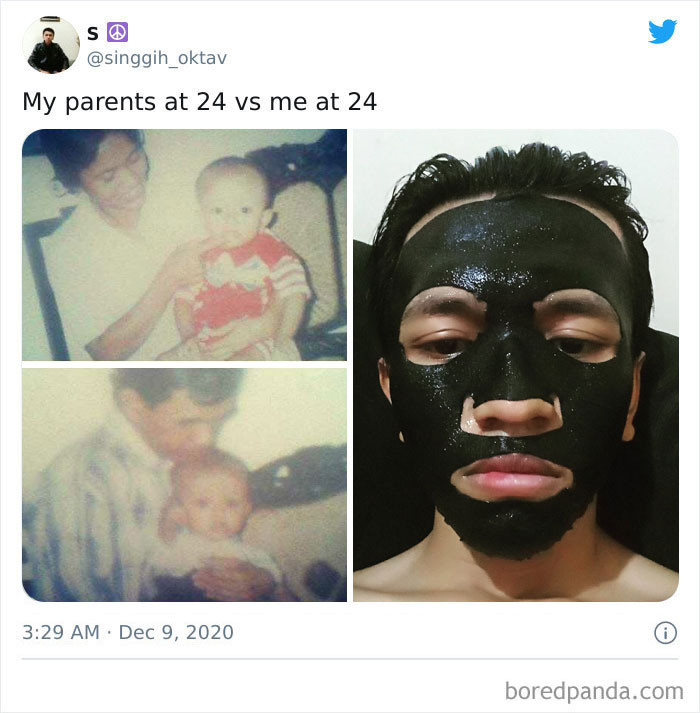 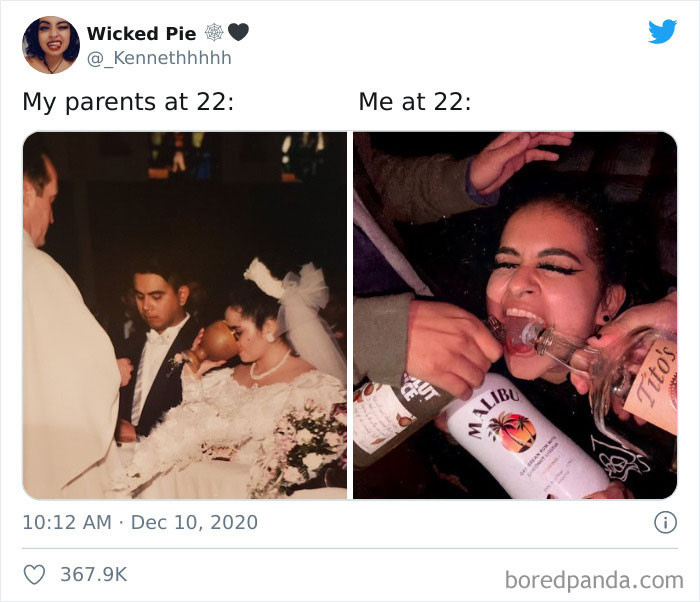 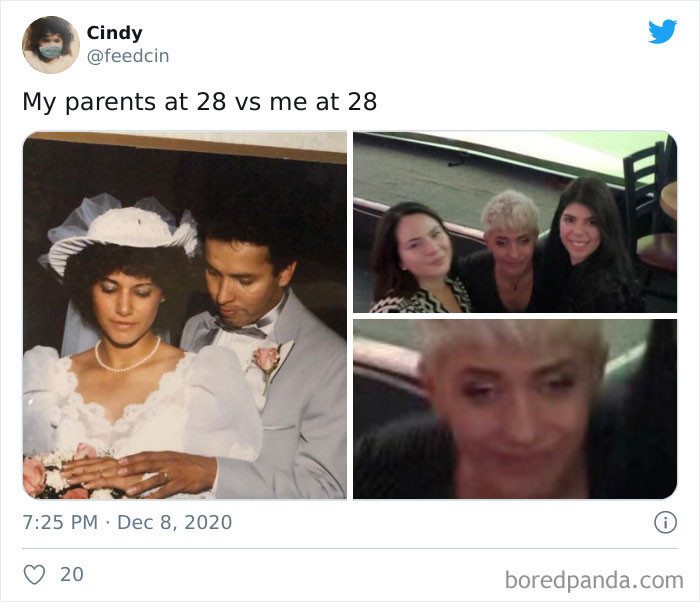 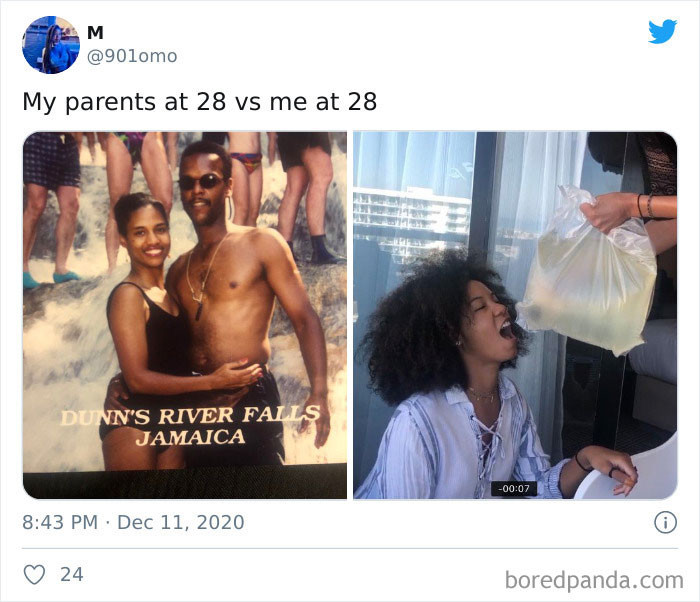 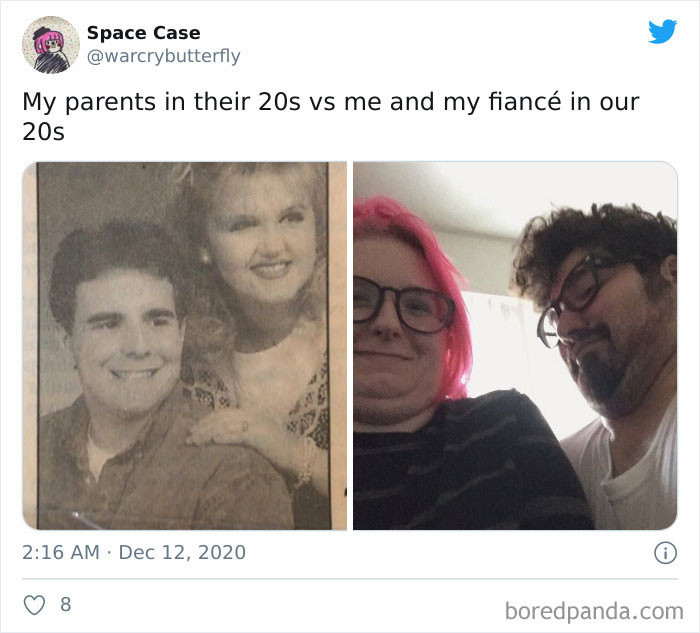 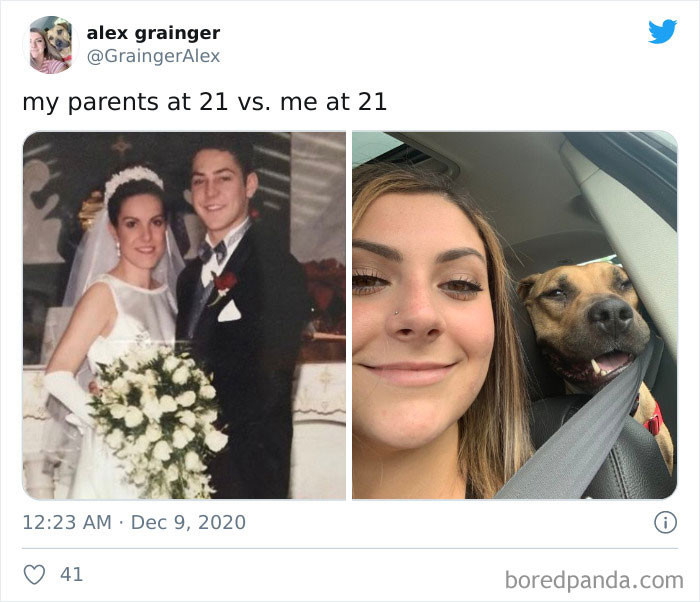 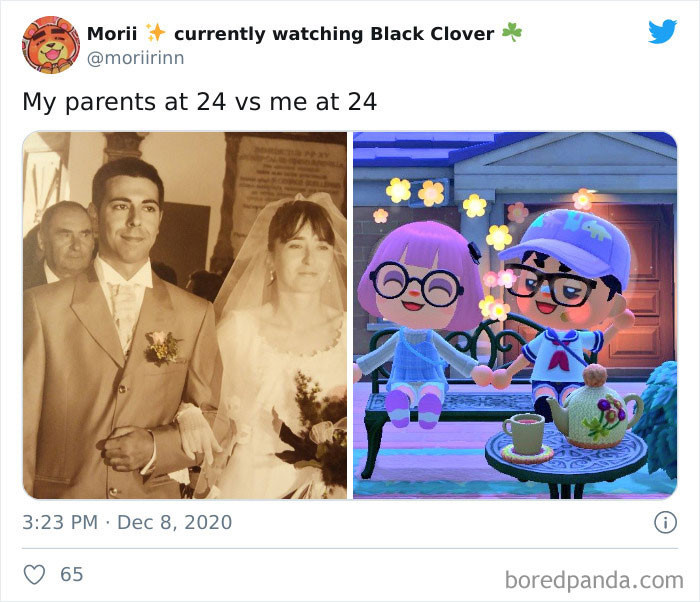 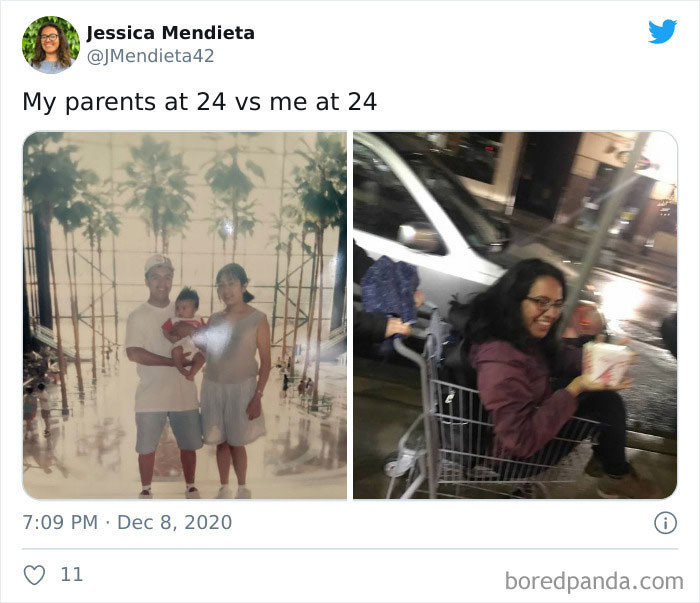 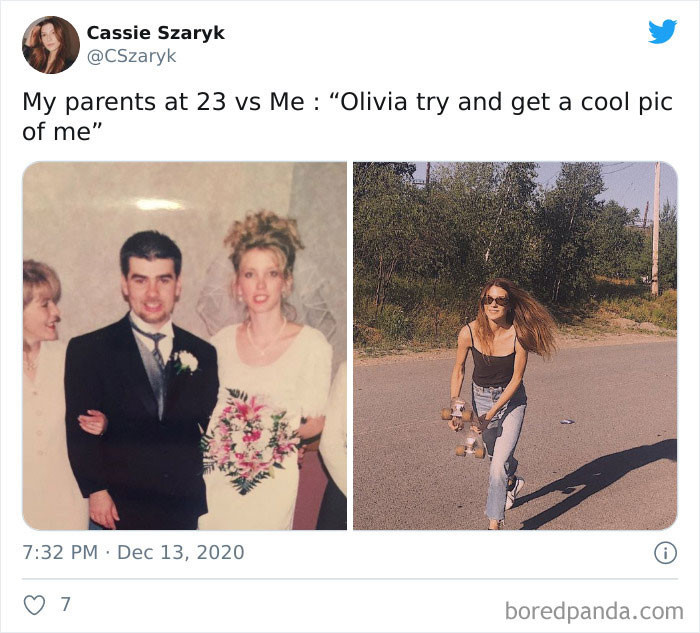 28. I know his mother reminds him of this exact picture whenever he messes up! 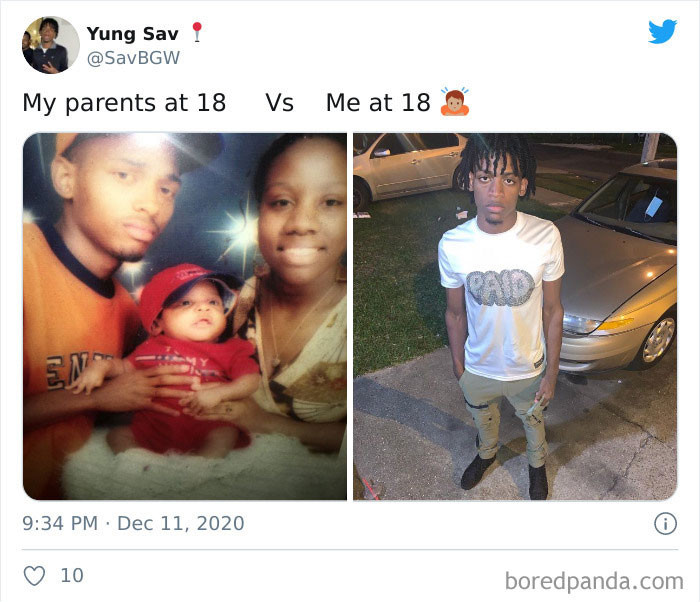 29. Ain't nothing wrong with this! 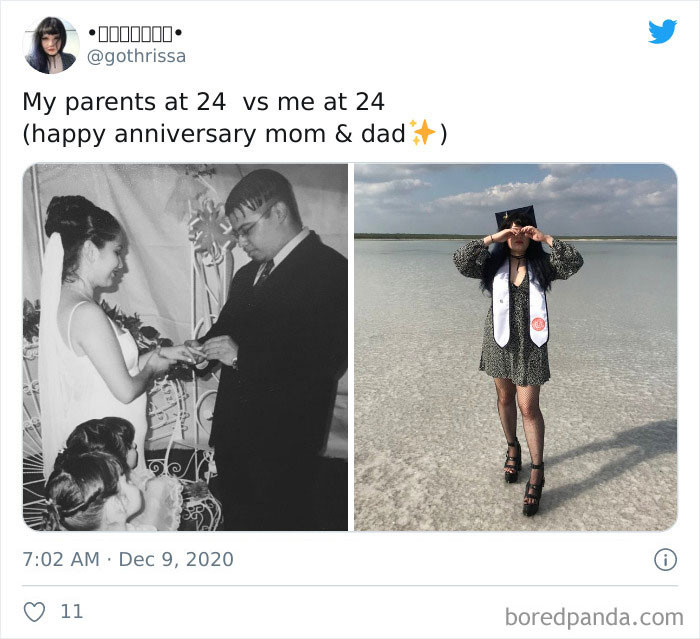 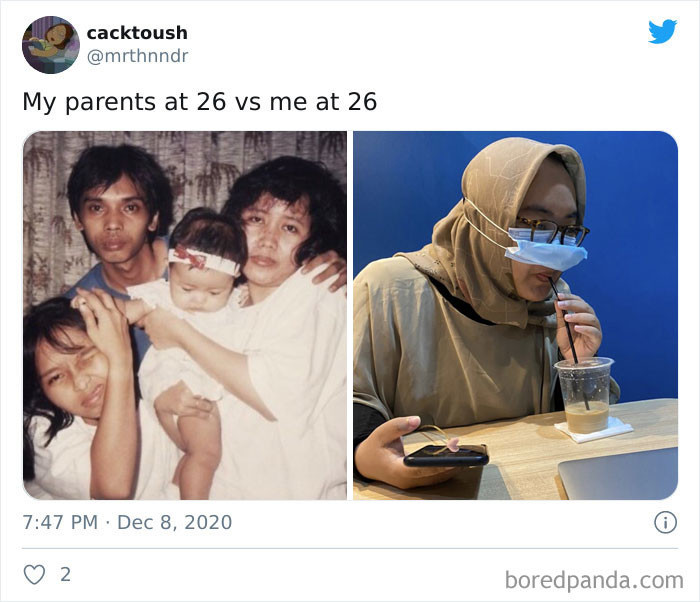