COVID19 is taking over our planet and our lives, whether we like to admit it or not. It has placed hundreds of millions of people all over the world in quarantine and captured the minds of billions. And with all this bad news around us, it's refreshing to see some good news. Unfortunately, it's not about a cure for the virus.

European Space Agency (ESA), and several independent researchers reported that nitrogen dioxide emissions have considerably decreased over Italy after the lockdown triggered by the spread of COVID19.

The Copernicus Sentinel-5P satellite discovered a decrease in NO2 emissions, indicating the reduction of air pollution, with the most substantial change being detected in the northern part of the country.

“Although there could be slight variations in the data due to cloud cover and changing weather, we are very confident that the reduction in emissions that we can see, coincides with the lockdown in Italy causing less traffic and industrial activities.”

The charts show a steady decline in NO2 pollution starting from February 14. 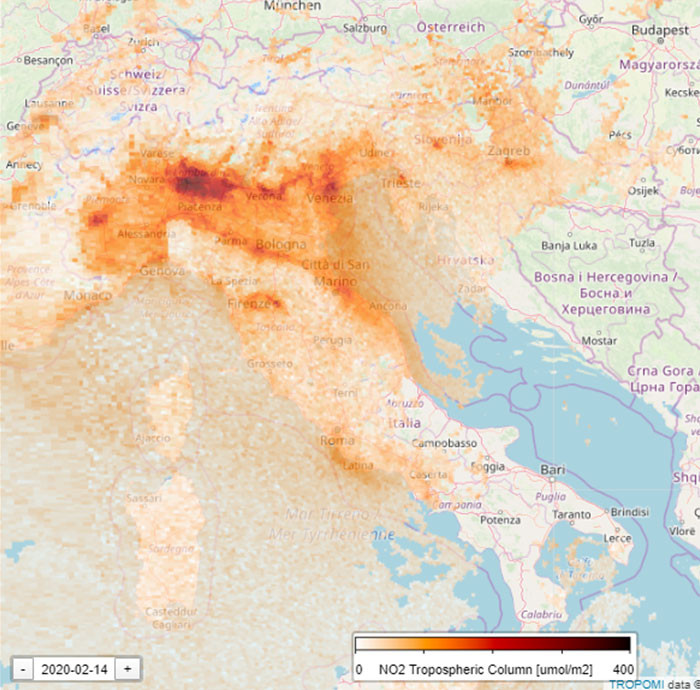 With a reduced amount of NO2 on February 24. 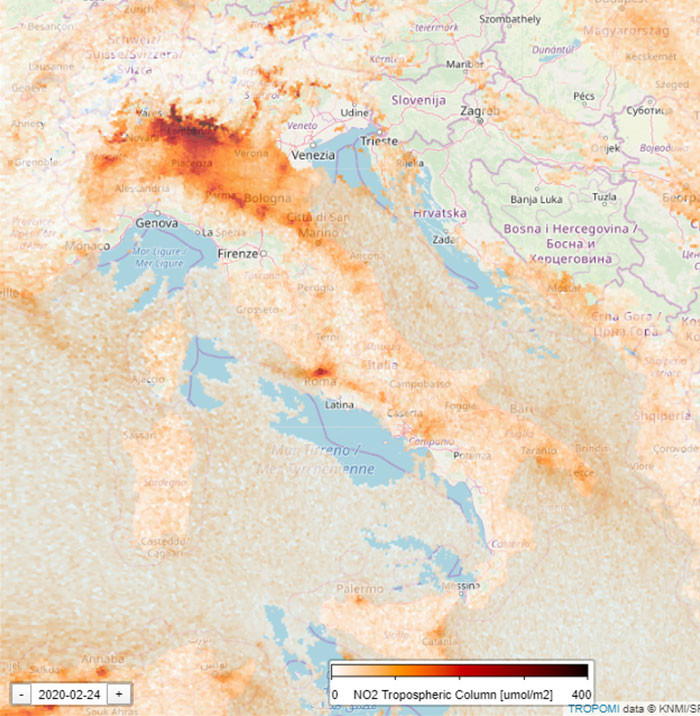 Santiago Gassó, who works as a research associate at NASA, shared the results of the satellite sensor on Twitter. He also clarified that while variable NO2 emissions are typical, because they depend on such factors as the day of the week and time, the change the sensors picked up definitely significant.

And a considerable reduction in March. 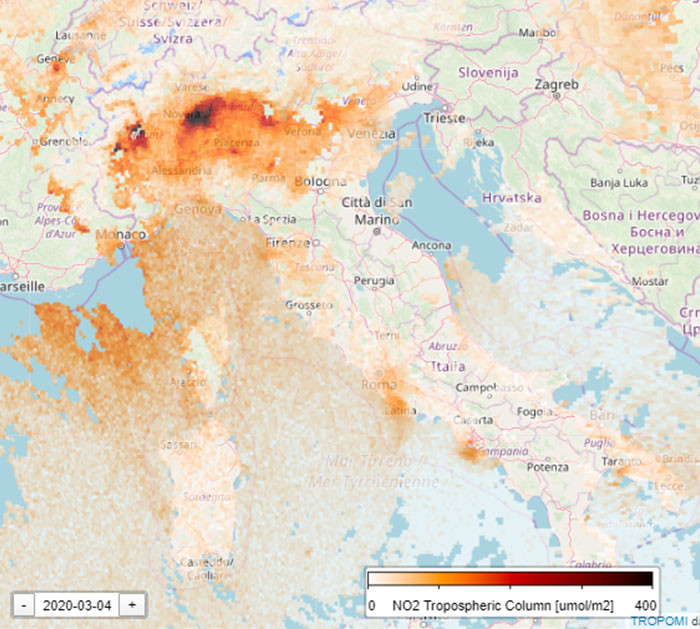 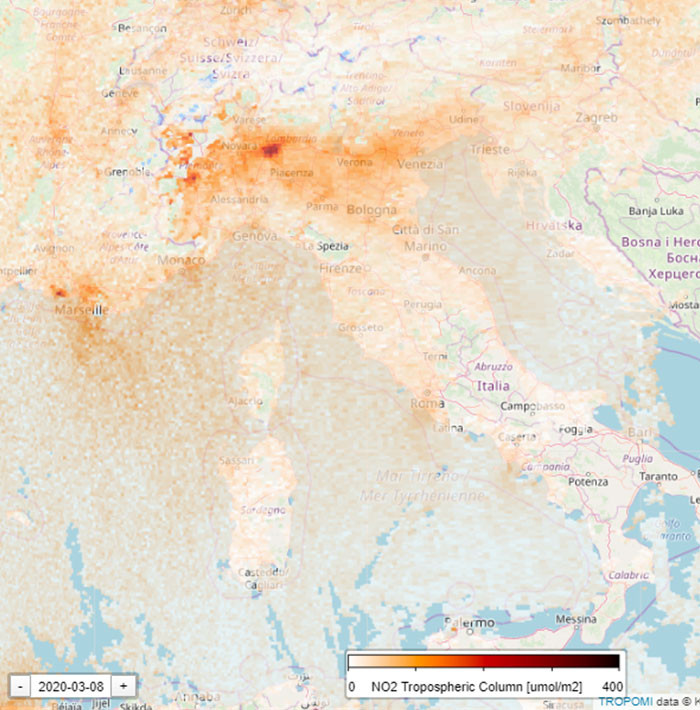 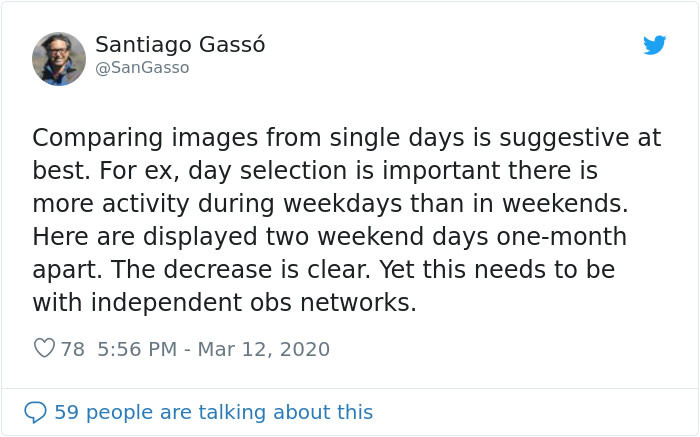 The map shows NO2 pollution readings on the February 8. 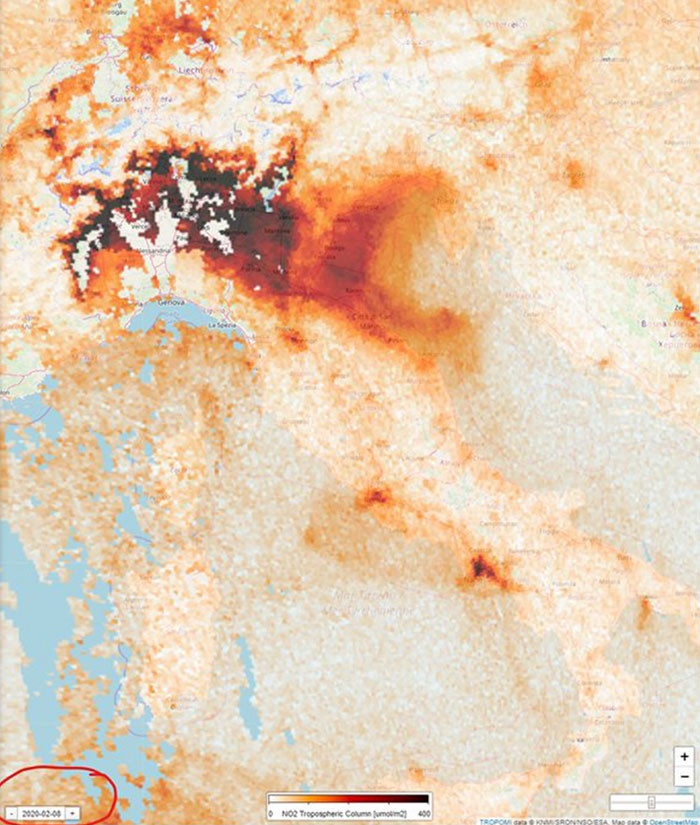 While this one illustrates the pollution readings on Saturday, March 7. 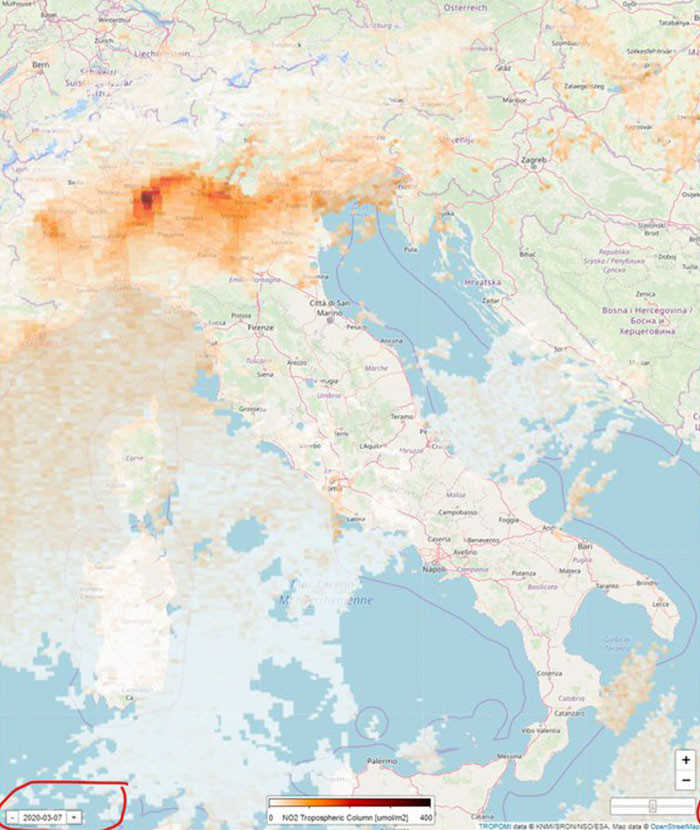 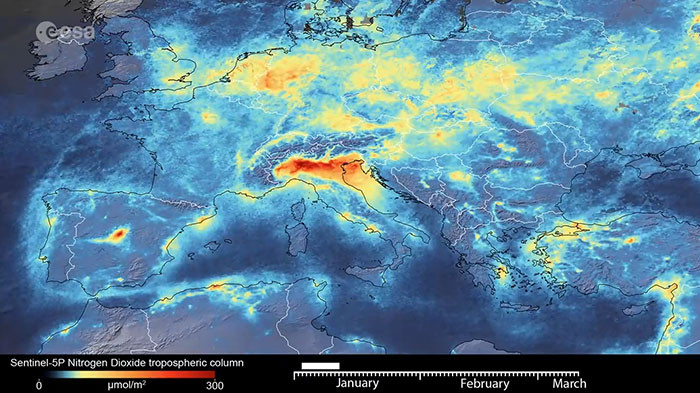 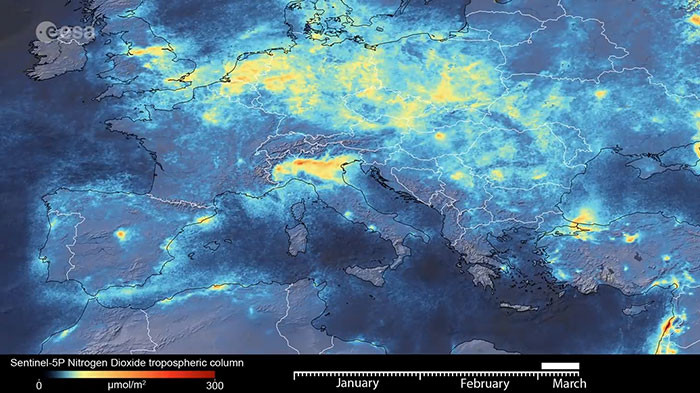 You can see the time-lapse here:

Several Italians have also reported a more visible change in the environment. 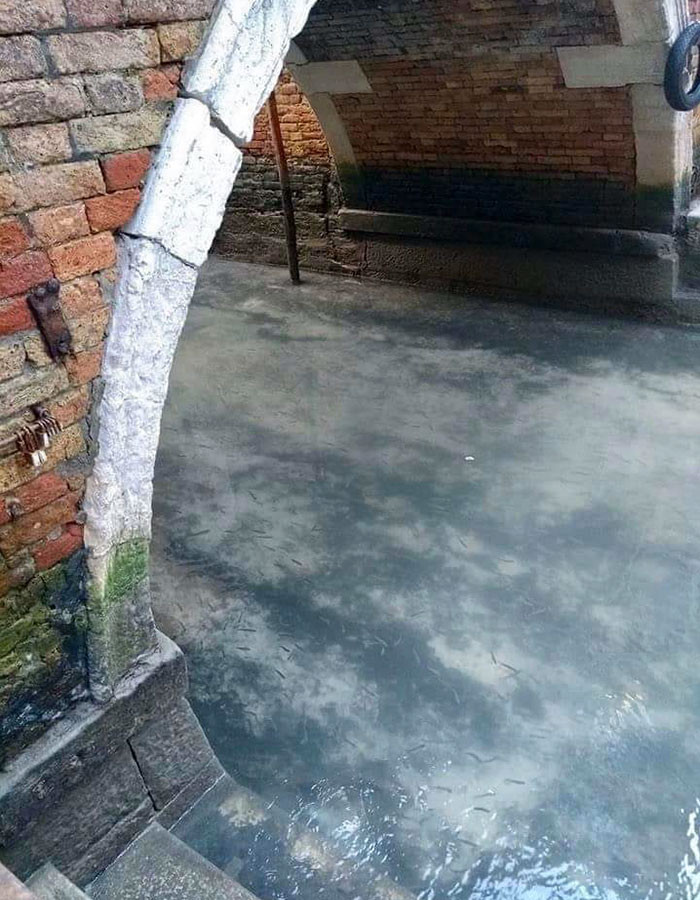 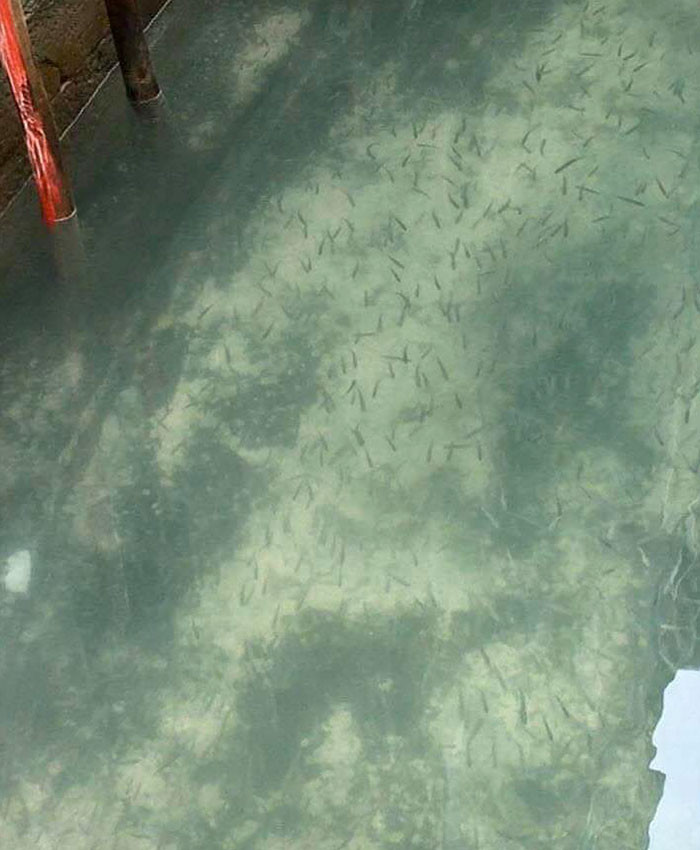 And how did people across the world react to the story?