Times have changed, but some people don’t seem to understand that. This nice guy is looking for a date or a soulmate but in a completely wrong way.

He can’t understand how women aren’t interested in a good income and large quantities of beef. While that may have been a great reason to get married during the Great Famine, it’s a little bit outdated.

He shared his thoughts on his Twitter account, and the comments that followed are hilarious. We have compiled a list of the best ones, and we know you will enjoy them as much as we did.

And, men, we should all stop stockpiling beef. Apparently, it doesn’t work. 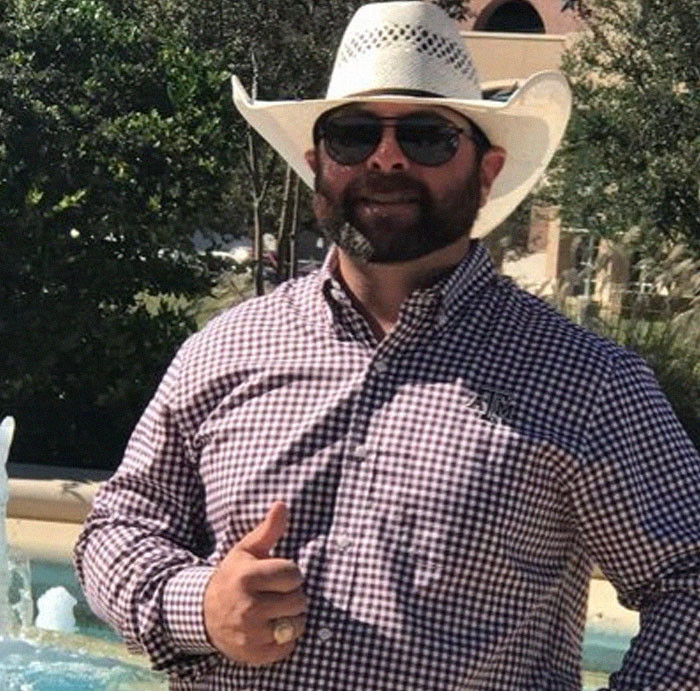 Sadly for Stephen Vickers, a modern-day woman just doesn’t appreciate the basic virtues like physical shelter and being “provided for.” And what kind of a world are we living in when 700 lbs of beef a year is insignificant? 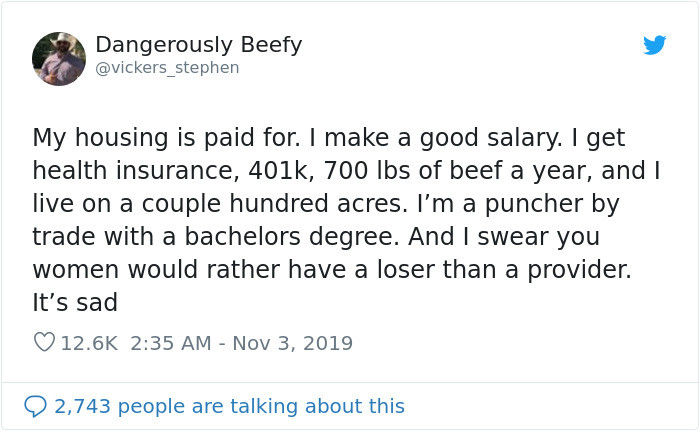 This man is from Texas, and things may be a little bit different there. It is a vast state with a large country population that appreciates the “traditional values.” And that is perfectly fine.

But for the people who have moved on, this post looked like a silly reminder of the times when it was all about what you have and not who you are. Let’s be honest, some women are still looking for “providers,” but in the modern world, they do it because they want to, not because they have no choice. 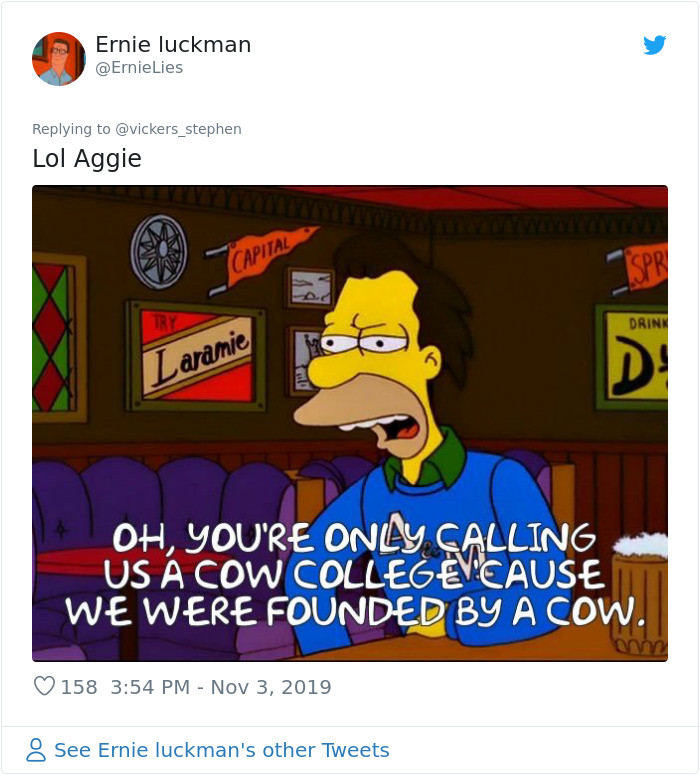 People on Twitter started commenting, and Steve’s “I got beef” big talk was seriously roasted.

Blaming others for one’s own shortcomings is always a general warning sign. If you can’t connect with people, you should make some changes, not list the things you have. 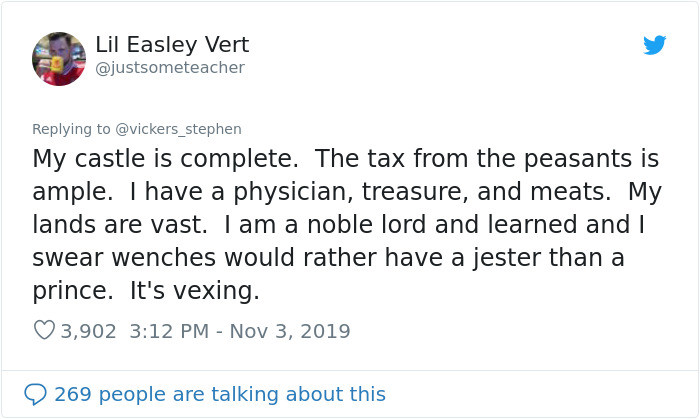 Thrashing women for exercising the free will to choose love, charm, and character over a comfy lifestyle can’t really be described as nice, can it? 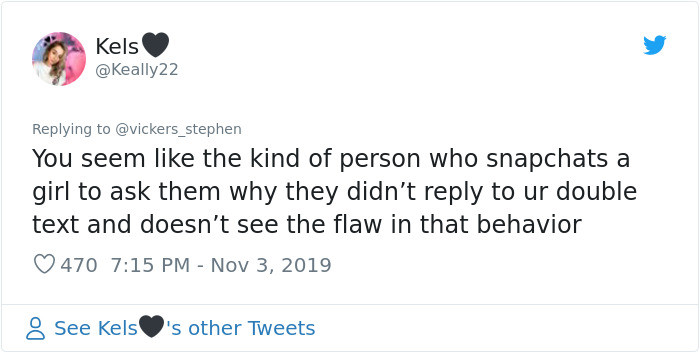 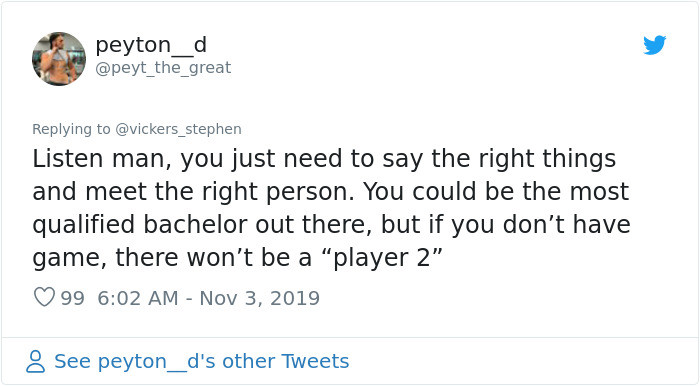 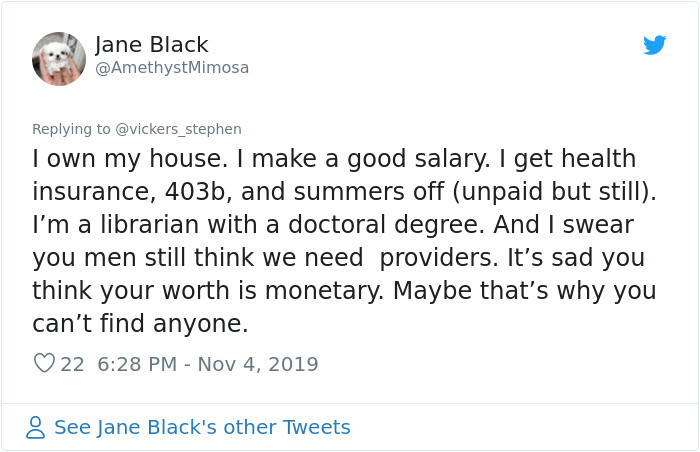 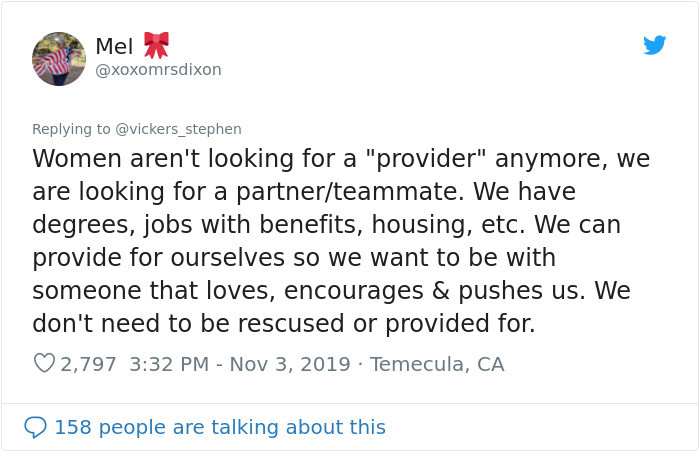 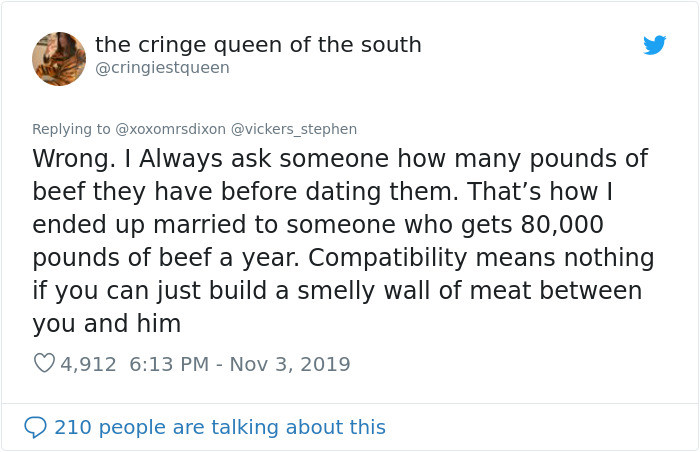 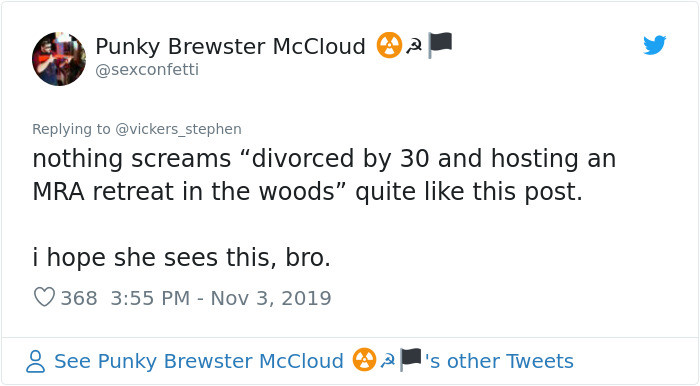 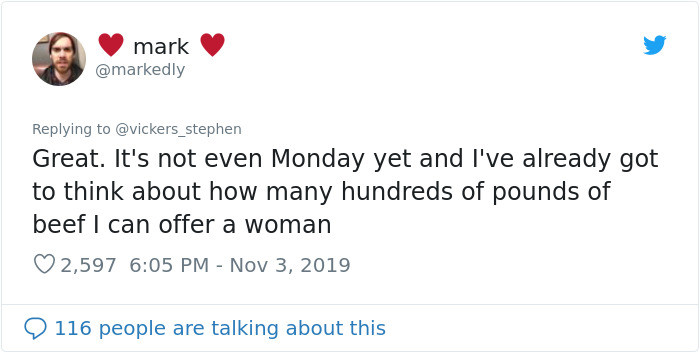 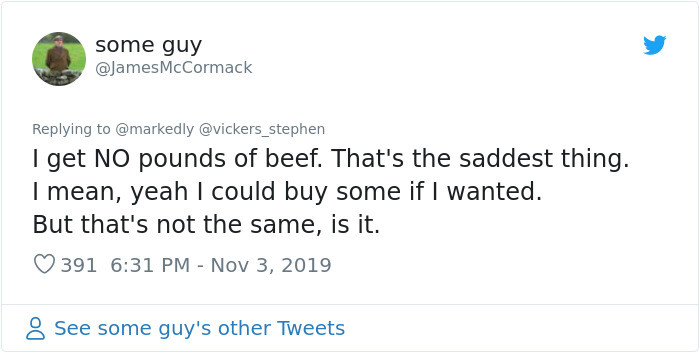 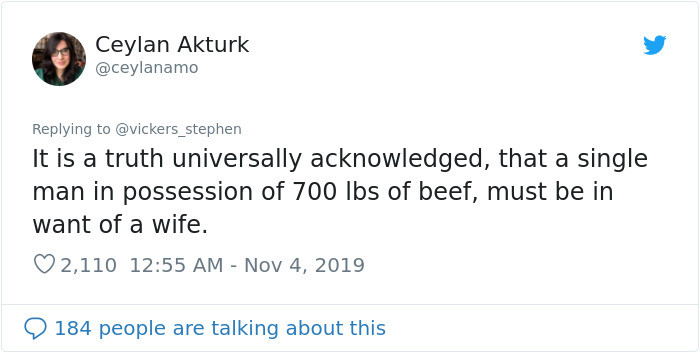 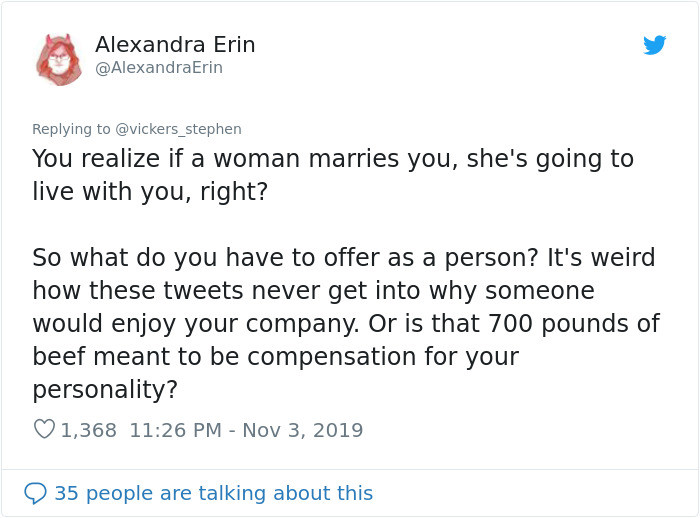 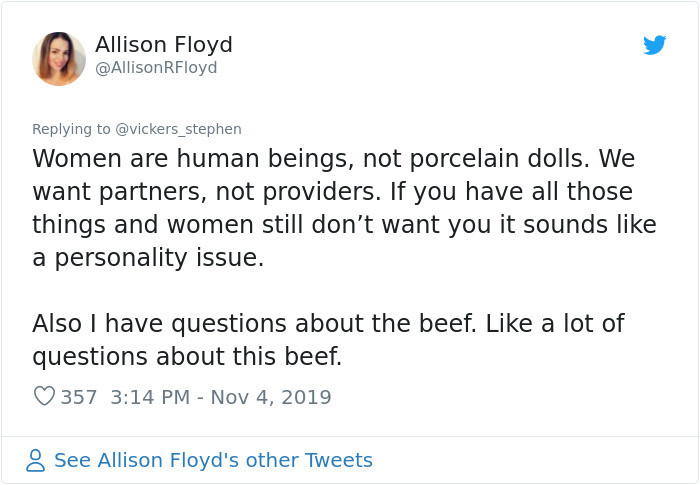 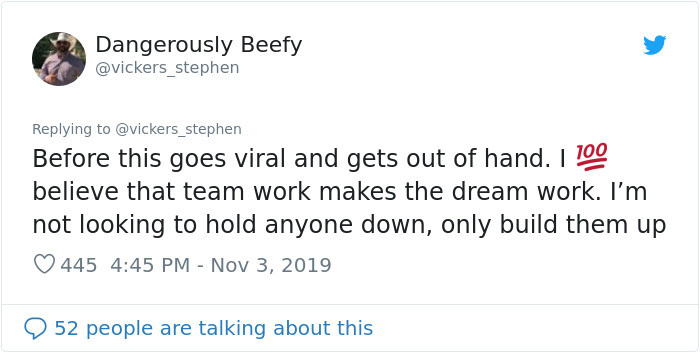 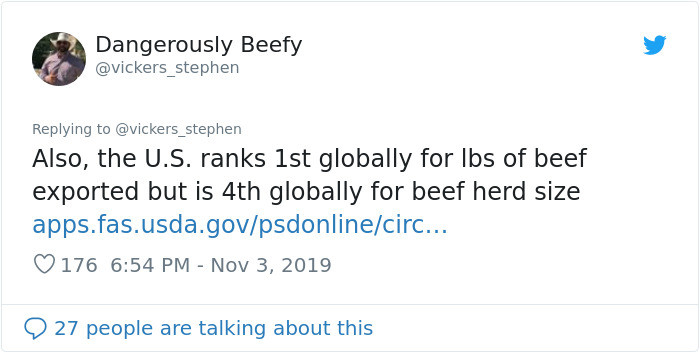 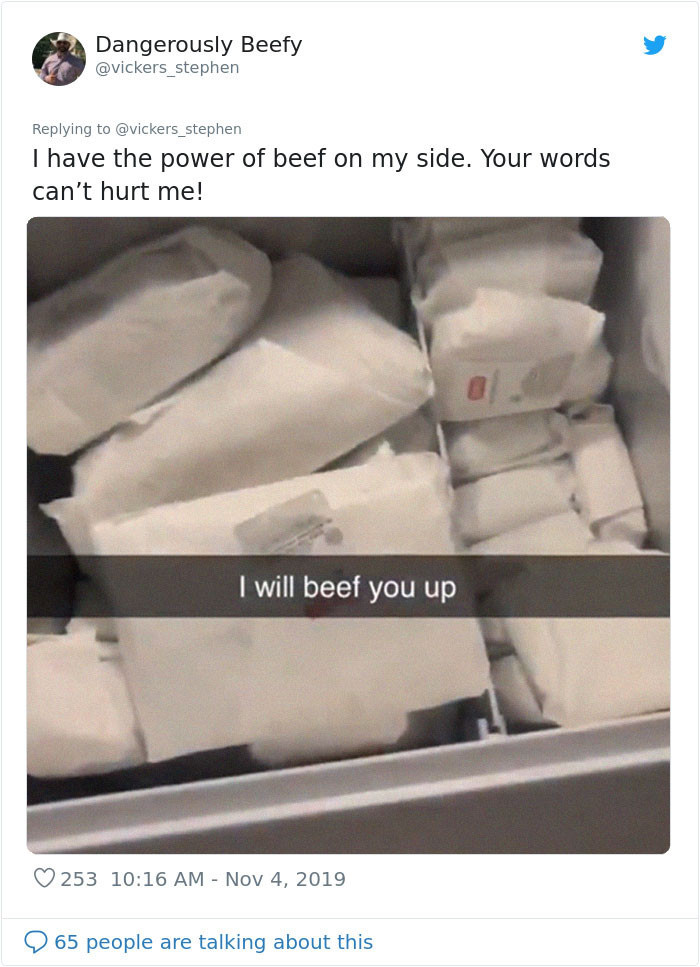